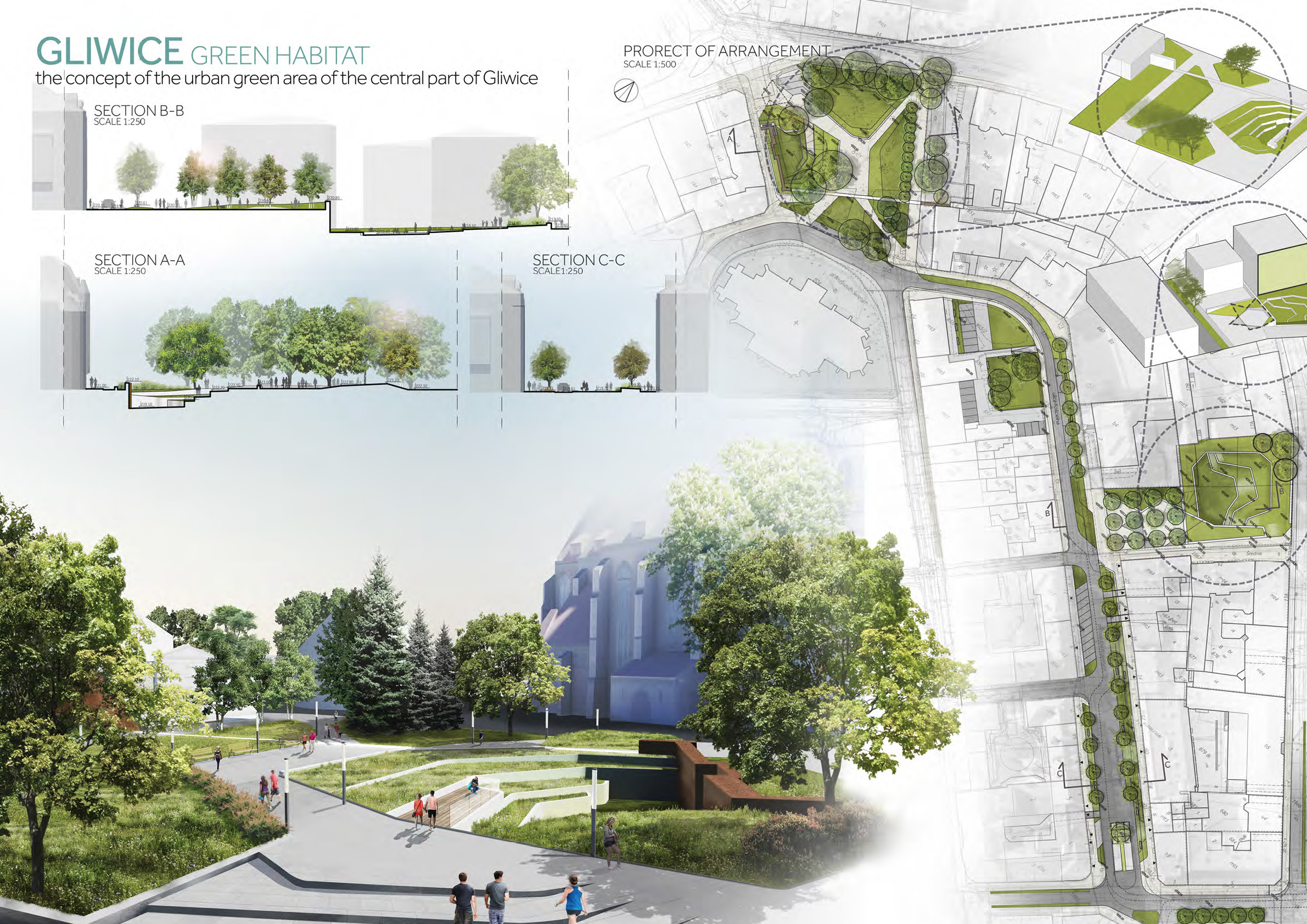 The thesis concerns the urban green area of the central part of Gliwice, a city located in the western part of
the Silesian Metropolis.
A coherent, based on detailed research study of local environmental conditioning, a project of the urban
greenery is presented in the thesis.
Nowadays, in the case of giant metropolis with heavily built up urban space, it is very important to focus
on the aspect of nature within the human settlements. The natural tissue of the city should be treated and
developed with equal importance as the anthropogenic layers such as buildings and infrastructure.
These components should form a coherent, correlative system. The green areas of the city should form a
significant combination with the buildings connected by green communication network.
The thesis presents a homogenous system of the urban greenery related to the current urban
environmental conditioning. It focuses on creating new green areas and expanding the already existing
ones. A project of implementing a part of the Old Town and developing a green communication network
linking already existing green areas both developed and under development is being created.
Benefits resulting from green areas within a city are reflected in improvement of its natural conditions,
decreasing the level of air pollution, enriching the hydrological and microclimatic environment and finally
the living conditions of the city dwellers including the spatial order.