The Tortoise's Neck : Extending or Retreating Island Life at the Edge 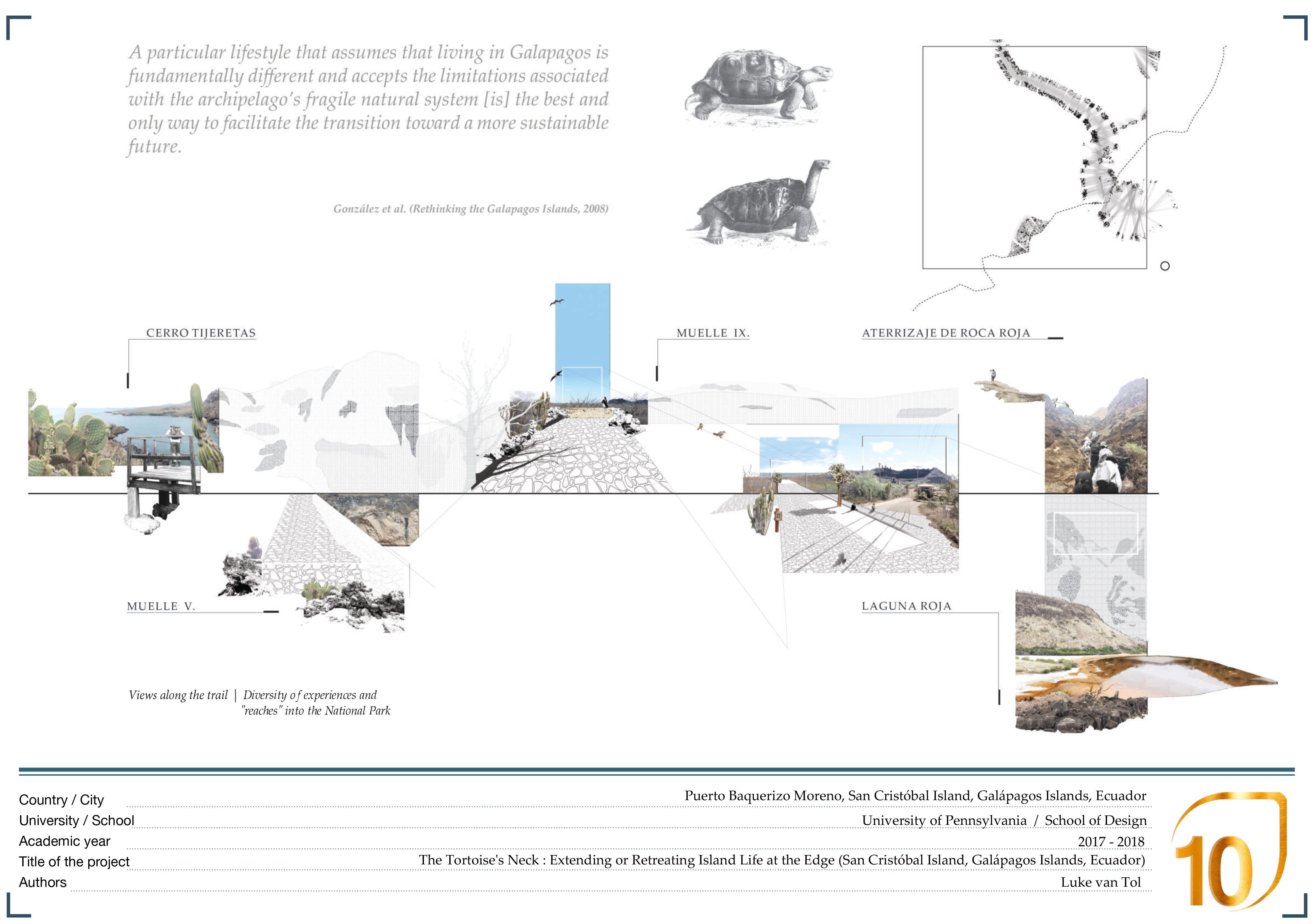 The Tortoise's Neck : Extending or Retreating Island Life at the Edge

No place on earth is more famous for its biodiversity and scientific significance than the Galápagos Islands. It is the first designated ecotourism destination, a strategy designed to protect nature by making a strict
boundary between human habitation and wild conservation areas. Local human populations have little
access to the National Park because visitation requires a hired guide. Consequently, the value of the park for
residents is limited to financial gain for those involved in tourism. As tourism increases, so the
population needed to support it - Puerto Baquerizo Moreno will fully saturate its urban boundary in twenty
years. The ecological and economic performances of Galapagos nature are increasingly at odds. Now is the
time to contemplate extension or retreat at the town's edges.

This project explores the creation of an experiential trail along the edge of the urban-park boundary. It is
conceptually and methodologically inspired by one of the island's most famous inhabitants: the Galápagos
tortoise. The neck of this species is theorized to have evolved differently in accordance with the particularities
of each island. On 'greener' islands, with an abundance of resources, tortoises have shorter necks, in
arid environments, the saddleback carapace structure is thought to be an adaptation to increase vertical reach
to browse workshop vegetation. Examining the edge conditions between human-occupied zones and conservation areas on San Cristóbal Island, this project explores adaptations with different "reaches" into the park - a "New Malecón" - providing vantage points and platforms for residents who can not enter the conservation zones.