A Resonance in Death: envisioning the future of dying in an urban system 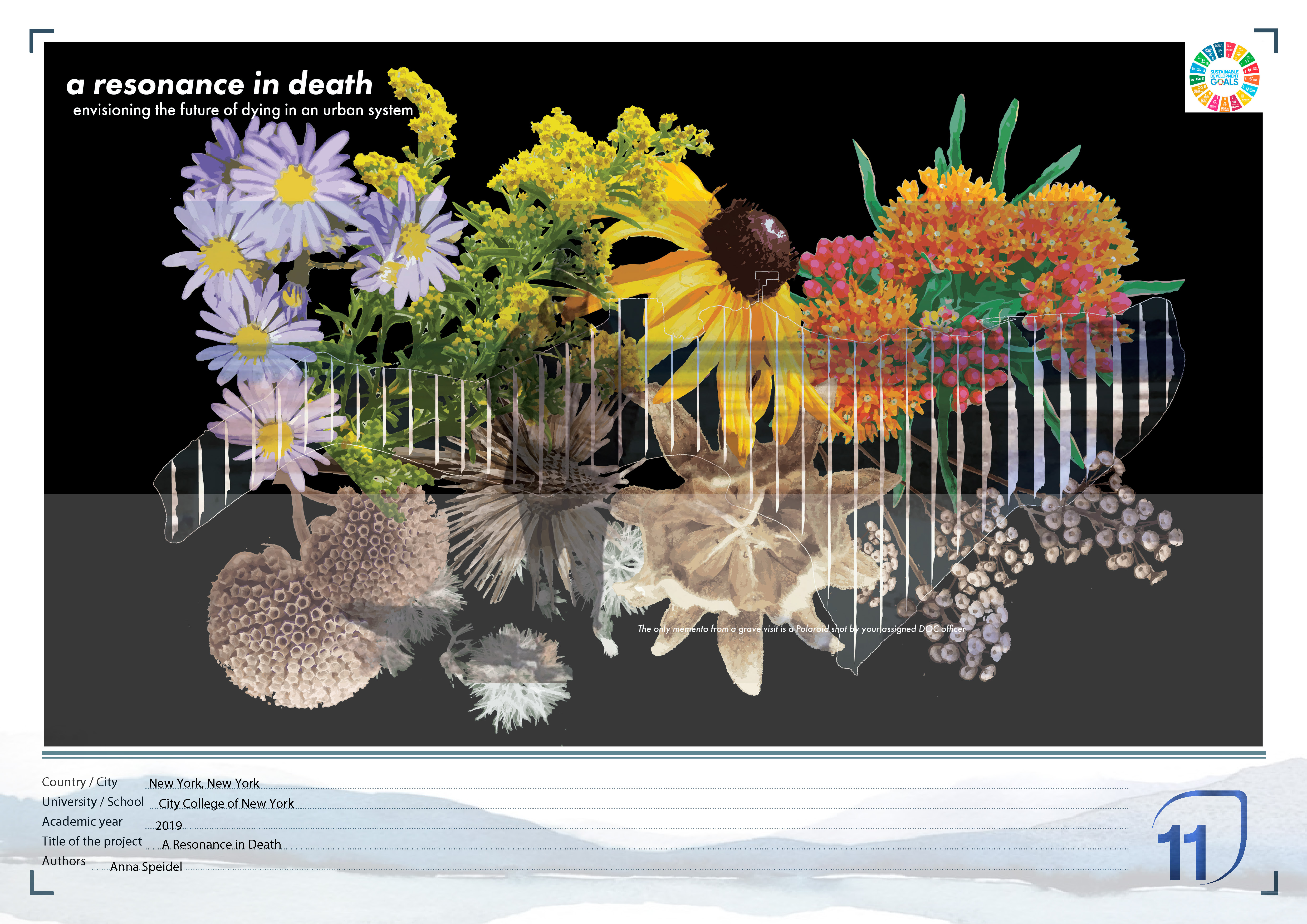 A Resonance in Death: envisioning the future of dying in an urban system

The death industry in the United States is in the midst of a paradigm shift: away from traditional burial toward an increasingly secular view of after-death ritual. After decades of environmental movements, an awareness of the self as part of a broader earth system is becoming mainstream. Requests for cremation and natural burial now outnumber those for casket burial. In coastal urban landscapes, populations are booming, sea levels are rising, and living space is dwindling. The Covid-19 pandemic reveals that burial space is insufficient. New York City has a history of replacing burial grounds with popular parks, but when the mayor recently suggested temporary burials occur in famous Central Park, the uproar could be heard around the world. Hart Island, has been New York City’s public burial ground for over 150 years and is the final resting place for over 1 million people. Located at the northern-most reaches of the Bronx, the island is only accessible by a monthly ferry operated by the Department of Corrections. There is an immediate need for change in the way New York City handles death. This project proposes a new future for Heart Island: a contemplative landscape that supports and maintains a new system for city burials. Alkaline hydrolysis is a process that will be used to break down the tissues of the body into its most basic components, producing a sterile solution that is applied to degraded soils to catalyze microbial growth and rich plant life.