The meeting of the landscape of extraction of aggregates with the city. Claim of topographic vestige: The case of Los Quillayes well 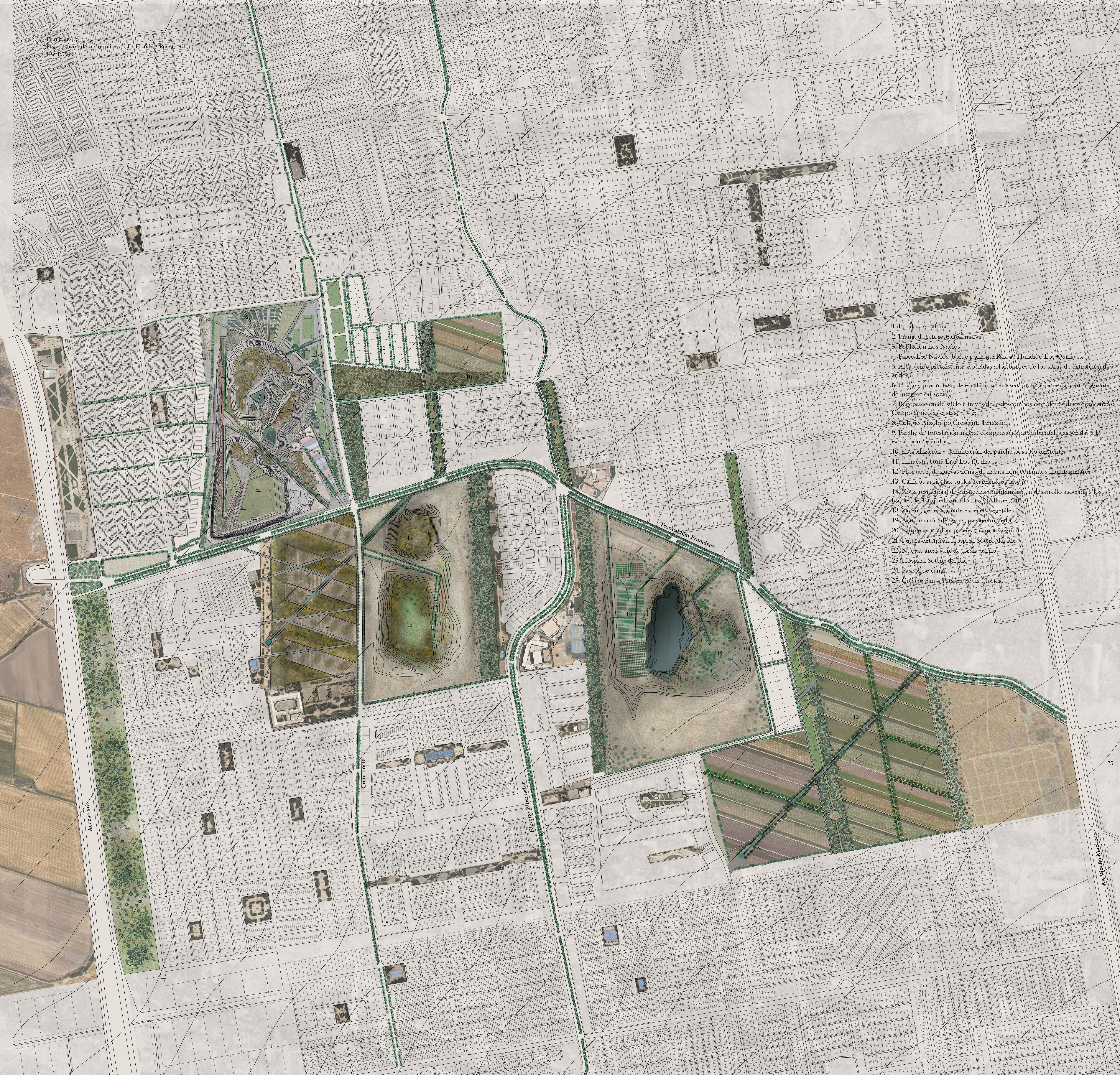 The meeting of the landscape of extraction of aggregates with the city. Claim of topographic vestige: The case of Los Quillayes well

The present investigation proposes the reclamation of the topographic vestiges generated by the productive processes of the extraction of arid agreggates in well, within the city of Santiago. This claim is the strategy that guides the development of “Los Quillayes sunken Park” and is addressed through the valorization of the relief of the new topographies and the consideration of its edges as spaces of opportunity and contact between the city and the mining landscape. Likewise, the processes through which the social, urban and topographic order of this landscape is constituted are considered as a research subject.

The "Quillayes" aggregate extraction well located in the southern zone of Santiago is chosen as the case study, due to the degree of approximation of the inhabitants with the surprising topographic vestige, its current urban functions as a debris receptacle and informal public space and by a process of soil regeneration occurring inside it. The latter reveal their topographic and environmental potential as structuring elements for the future development of new areas of public use or green areas. A landscape architecture project is proposed to enable the arid extraction well adapting the topography to new recreational uses, thus considering its innate process of regeneration as objects of observation and public enjoyment.