THE INVISIBLE LANDSCAPES OF WATER: THE DOCK OF THE CANAL DE CASTILLA OF VALLADOLID 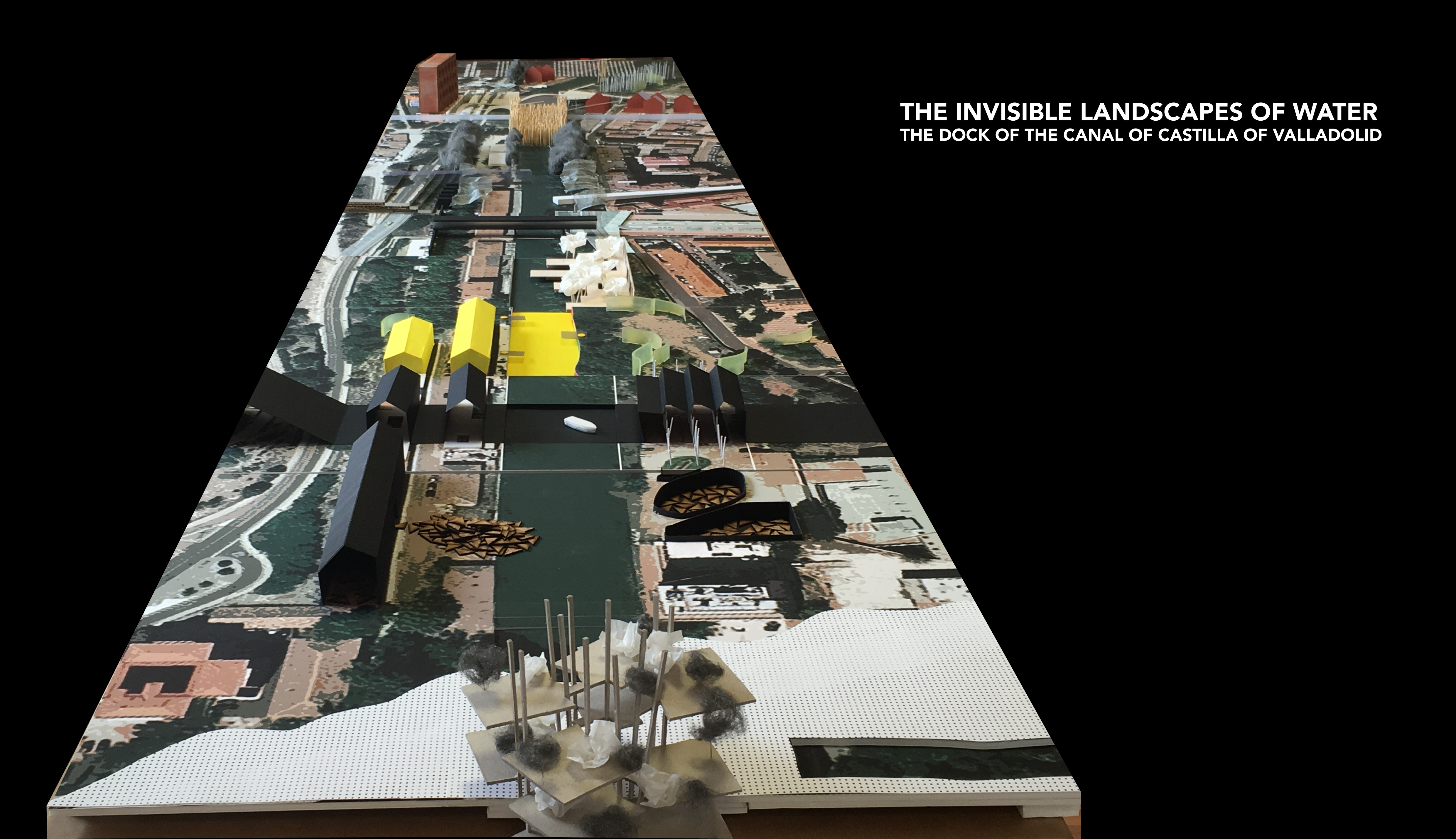 THE INVISIBLE LANDSCAPES OF WATER: THE DOCK OF THE CANAL DE CASTILLA OF VALLADOLID

Experimental model of the Dársena del Canal de Castilla in Valladolid, made in a single session by the teams of students of the course. We work in the urban area of the dock of the Canal de Castilla in Valladolid, part of a network of transport channels built in the nineteenth century that sought in an ambitious project to make navigable a long journey that would connect the northern plateau with Santander and from which 207 kilometers are materialized, from Alar del Rey, to Palencia, Medina de Rioseco and Valladolid, where the three terminal docks are located. The competition of the railroad soon leads to the abandonment of this infrastructure, which leaves as a legacy a rich landscape, architectural and cultural heritage, which in the selected section is intertwined with the urban landscape of Valladolid and La Victoria, one of its most characteristic workers neighborhoods of it, which serves as the border between the city and the hill of Fuente del Sol. In this way, the linear structure of the canal becomes an element of experimentation, which is inspired by the text Le città invisibile by Italo Calvino, and adopts the cadavre exquis technique devised by the Surrealists in 1925. Working with the collective memory of the past and with the experimentation of the present, this particular invisible landscape is collectively constructed as a legacy for the future. Video