The City Stabile: A Framework Beyond the Streets 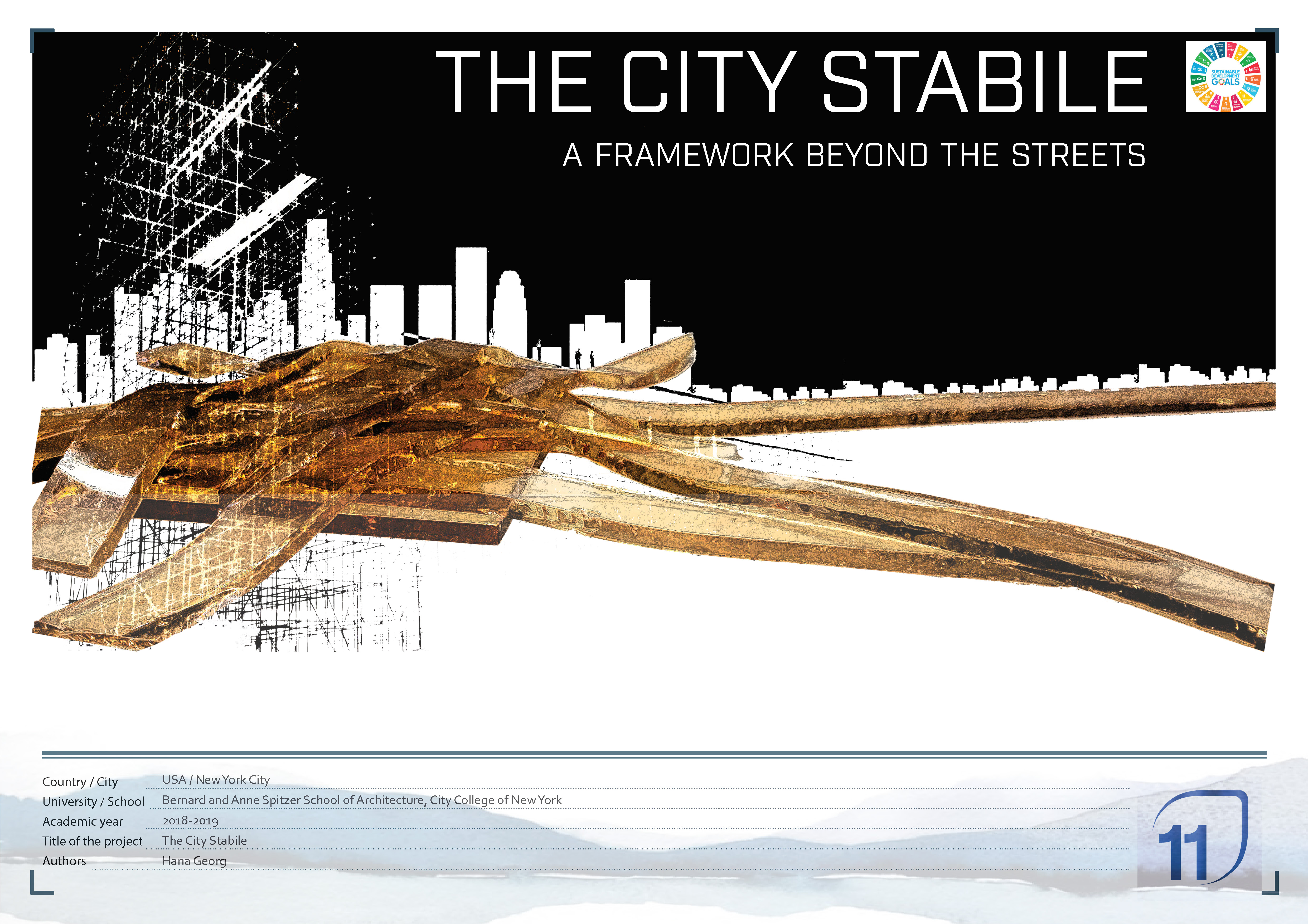 The City Stabile: A Framework Beyond the Streets

The City Stabile is a sculptural, regenerative, floating, forested, urban park rising above the intersections of Los Angeles’ renowned highway system. The Stabile is a local level response to anticipated systemic decrease in auto-use as an adaptation to climate change. The Stabile negotiates the complex legacy of LA’s sprawling highways, as both an ingenious feat of engineering inseparable from the rise of the automobile, and as a destructive force of displacement contributing to lasting racial and class-based disparities within the social fabric of Los Angeles.  Without immediately undermining the usefulness of this system as it still stands, the Stabile is additive, incrementally appropriating the publicly owned space around the highway and tapping it for its connective potential to host accessible spaces for multi-community congregation and vending. Its structural units support micro wind-turbines converting potential energy from highway traffic into usable energy for local distribution. The Stabile simultaneously works to support local social, economic and environmental health. It is a framework for creating positive change from negative space, mining the previously neglected Right-of-Way for resources, existing and imaginative, which will funnel life and capital back into the neighborhoods that were disrupted by the growth of the interstate highway system.