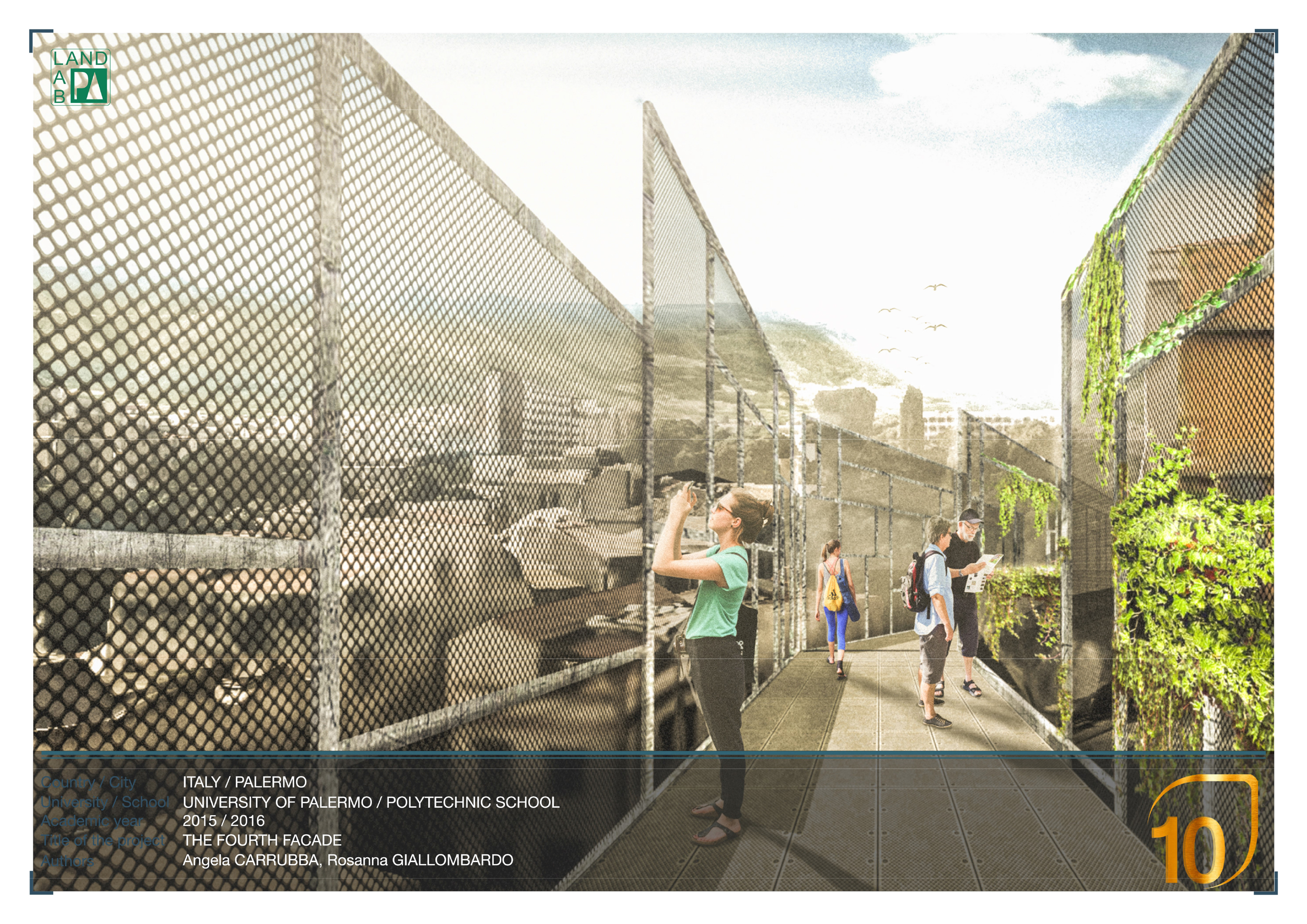 The project area is “Piazza della Vittoria”, located between the Royal Palace (Palazzo
dei Normanni), and the Cathedral, part of the Arab-Norman UNESCO WHL (World
Heritage List).
The square has an almost perfectly square shape, bordered by Corso Vittorio
Emanuele on one side, via del Bastione of the other, on the third side by Piazza del
Parlamento, while the last side is bordered by palaces. Inside the square there is a
large garden called Villa Bonanno, designed by Giuseppe Damiani Almeyda in 1905.
The concept is divided into two points: the first is the resolution of the different
altitude jumps, through a system of stairs, whose axes frame some important points
of the existing. This allowed the division of space into three squares made up of
different materials: the lower one has softer materials, such as soil and lawn. The
other two, are made of harder materials, such as marble and asphalt.
The second point is the reconstruction of the fourth façade of the square, namely
that of via del Bastione, currently constituted from the bastion of the Phoenician
era. This façade was conceived as a real ephemeral architecture, consisting of dry-
mounted steel rods that create a module; once filled with hanging vegetation, once
metal wires.
This system also allows you to connect the various parts of the square to the
archaeological site of Villa Bonanno. The feeling to be recreated is that of a walk
through the colors and the scent of the vegetation, under the glitter of the metal.