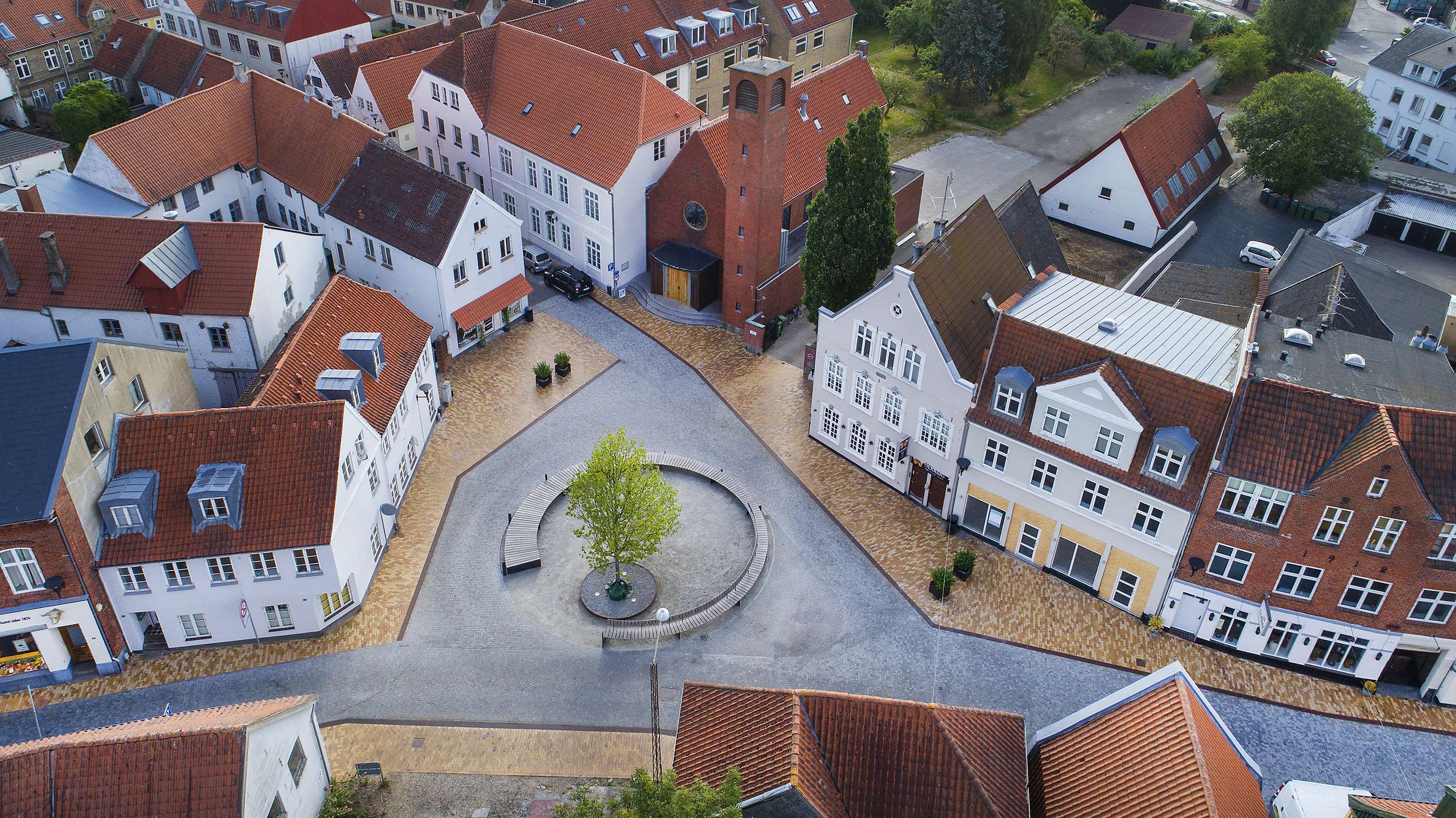 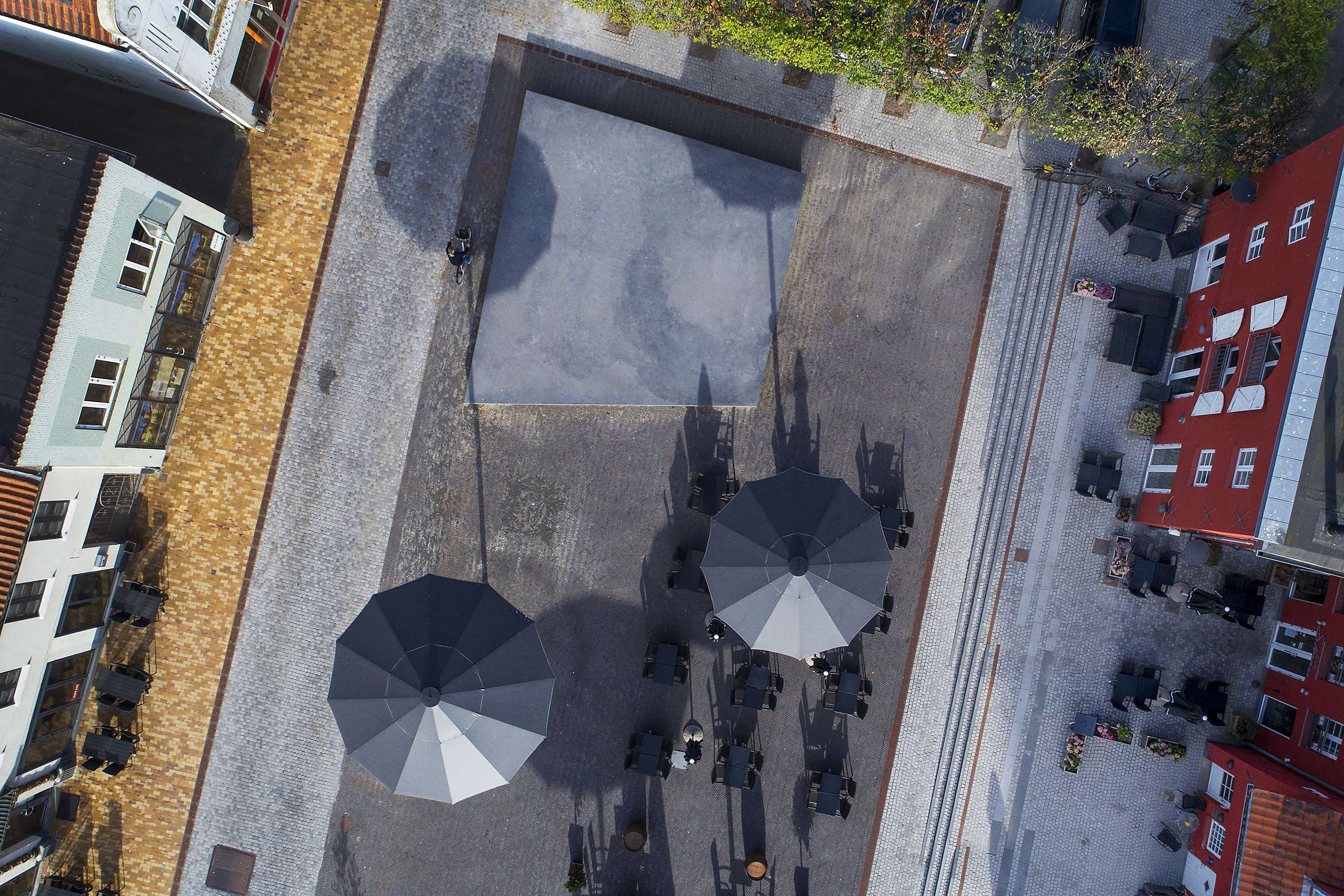 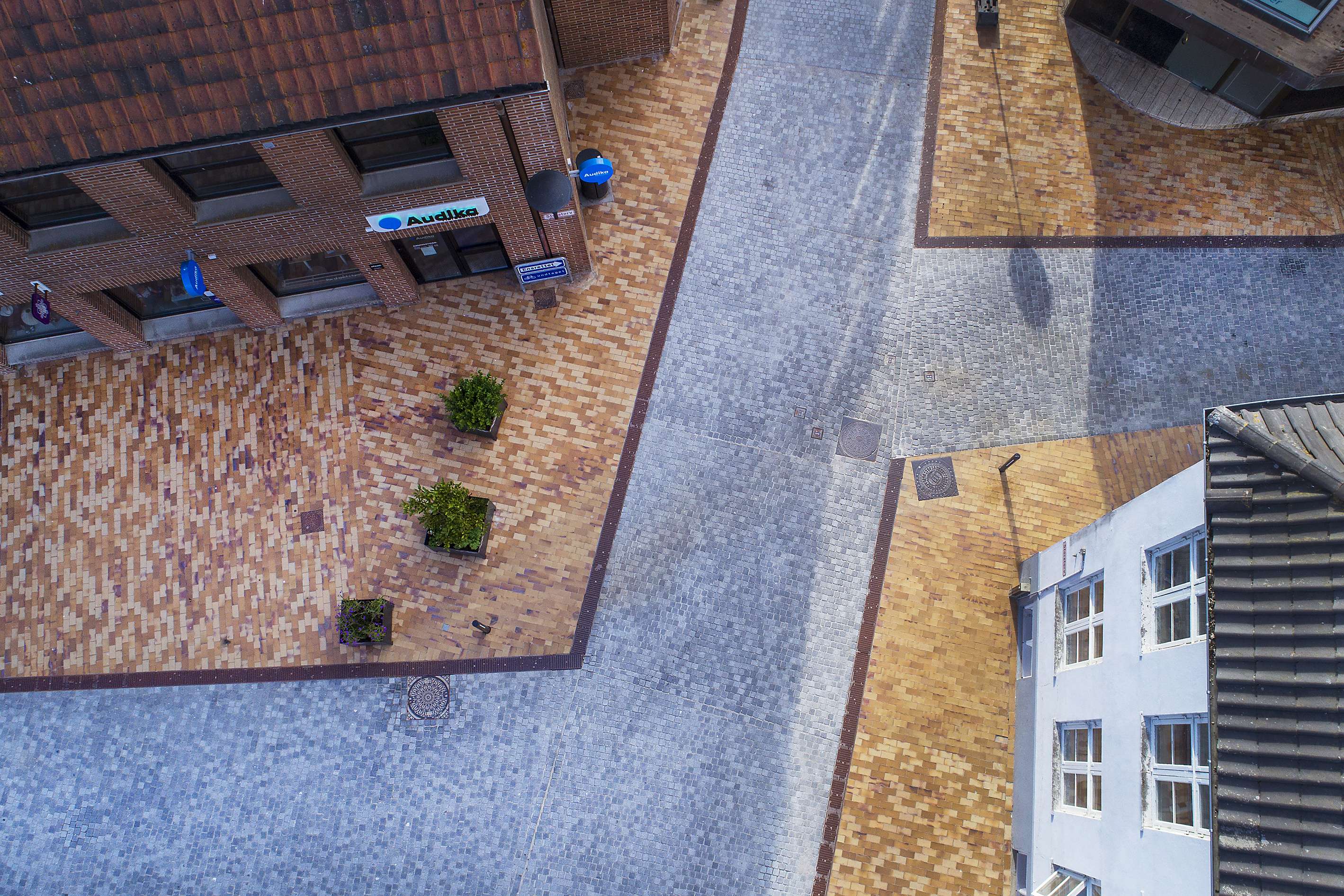 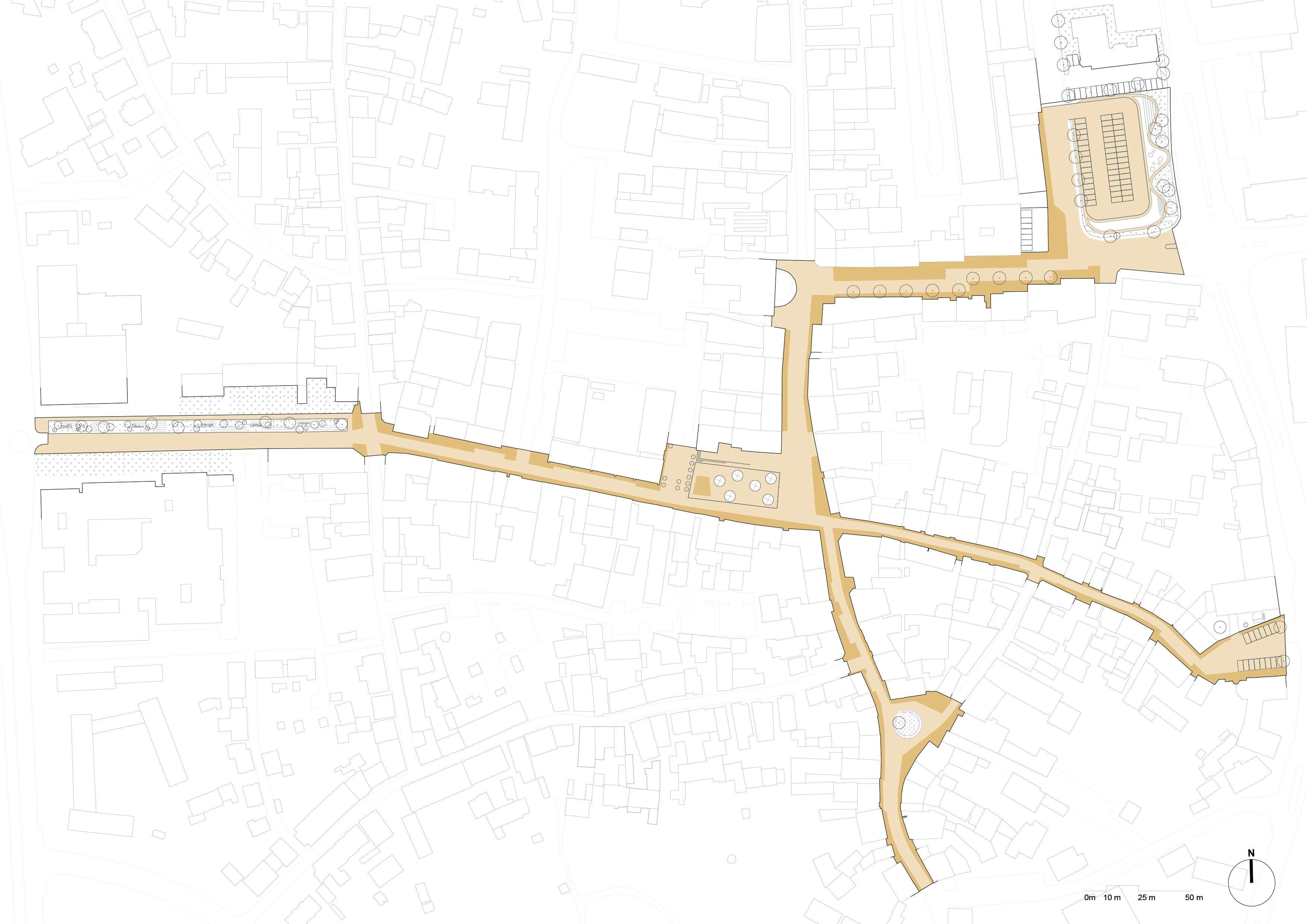 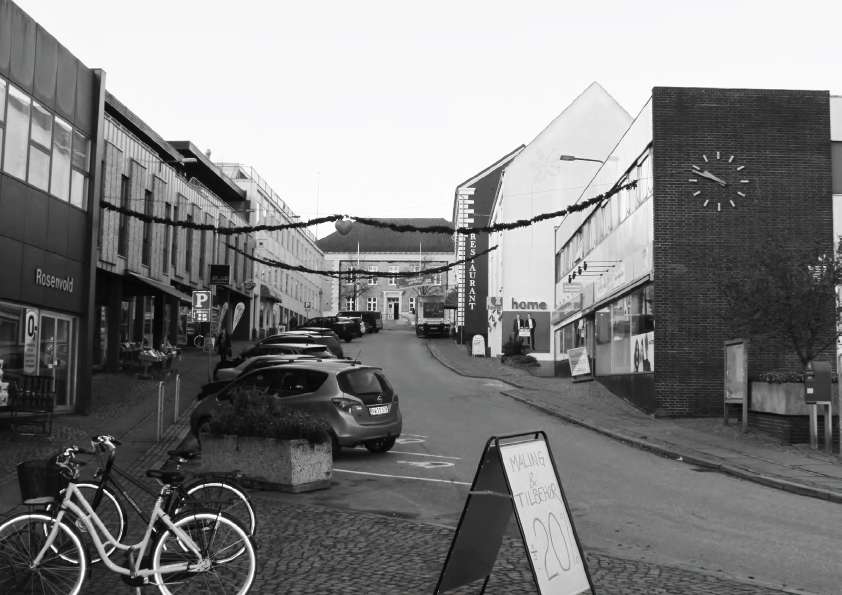 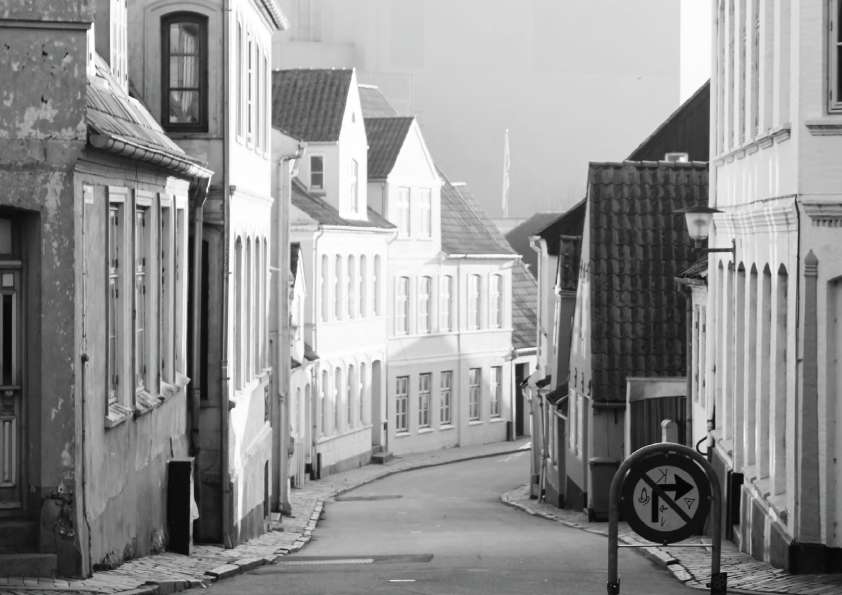 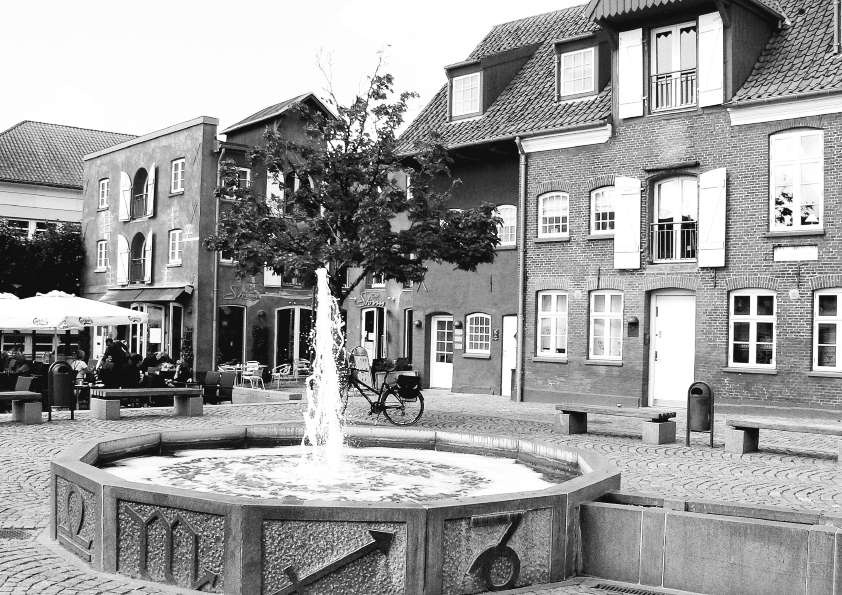 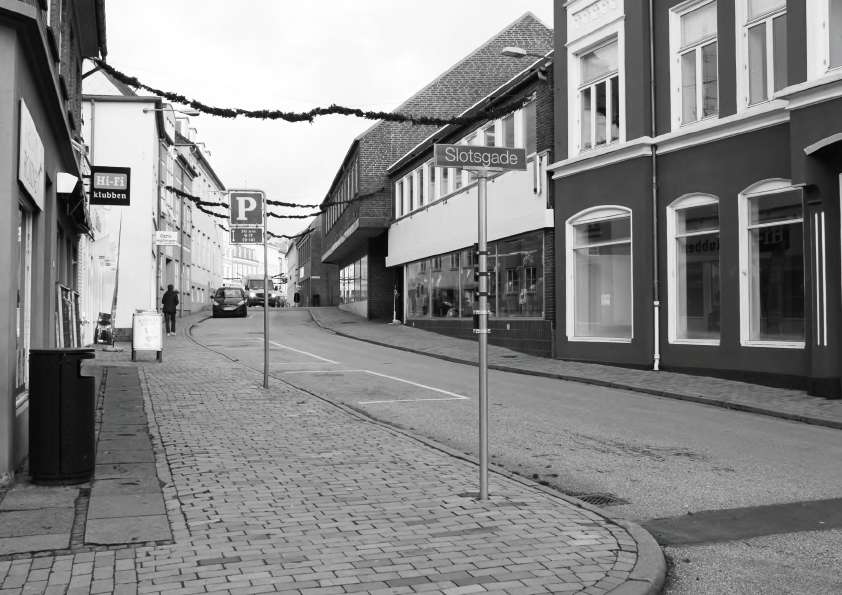 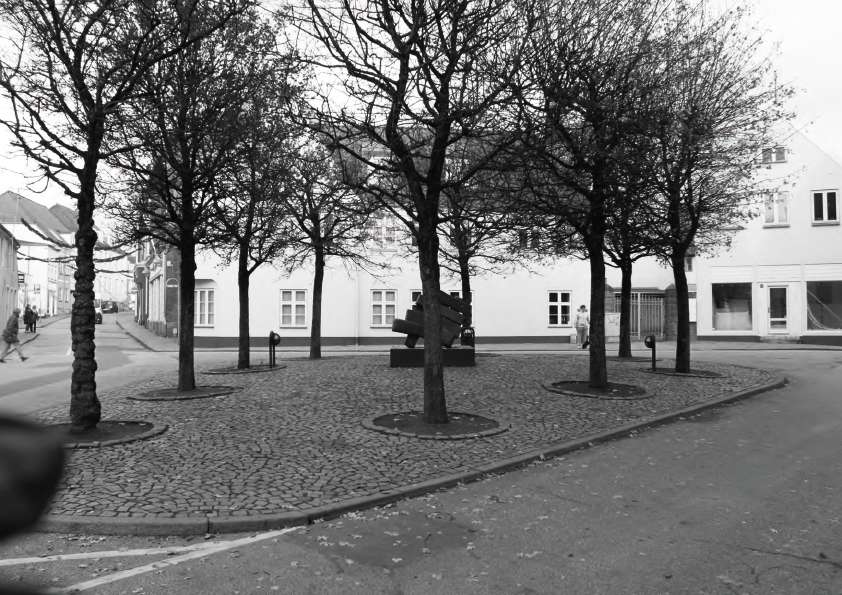 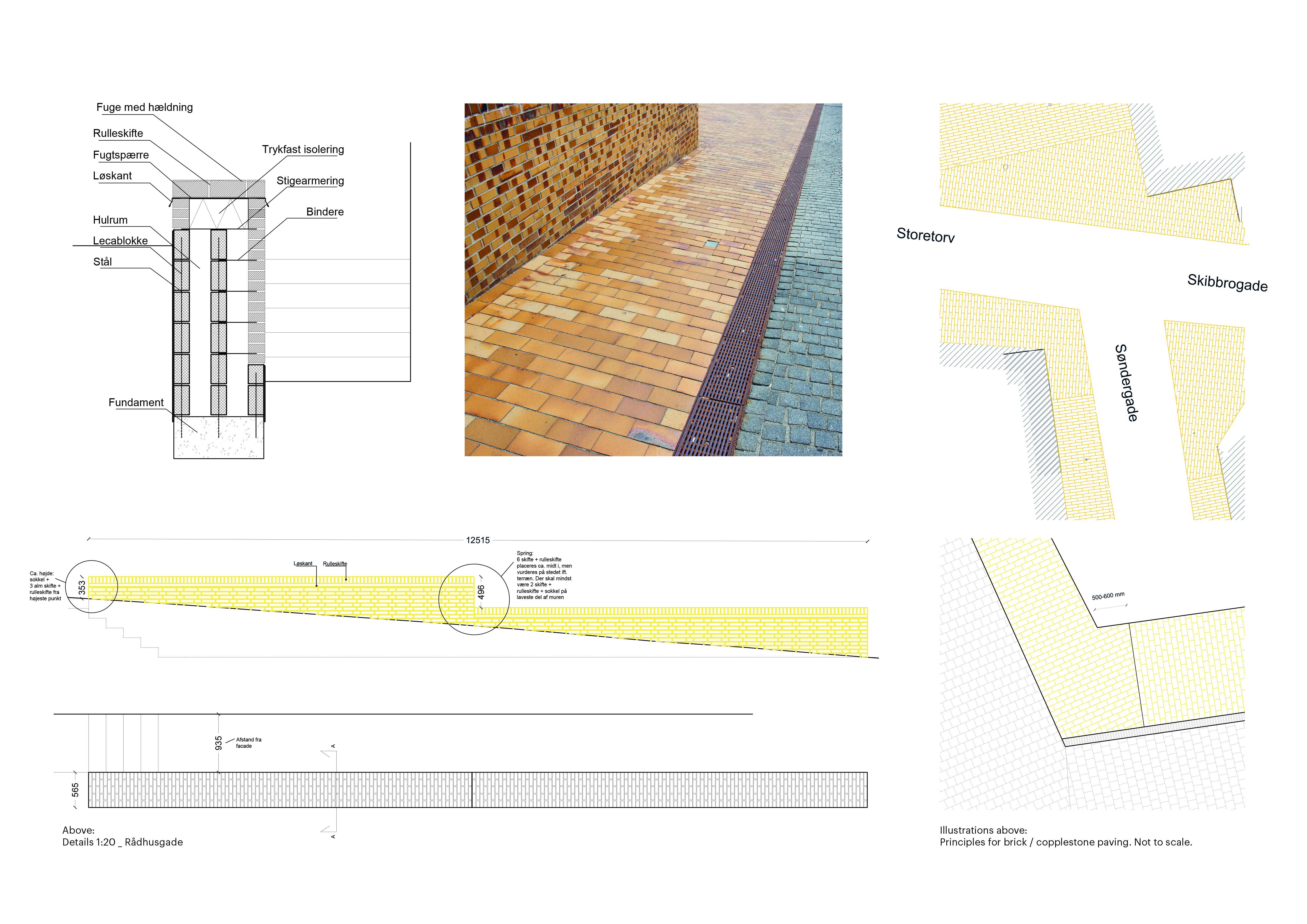 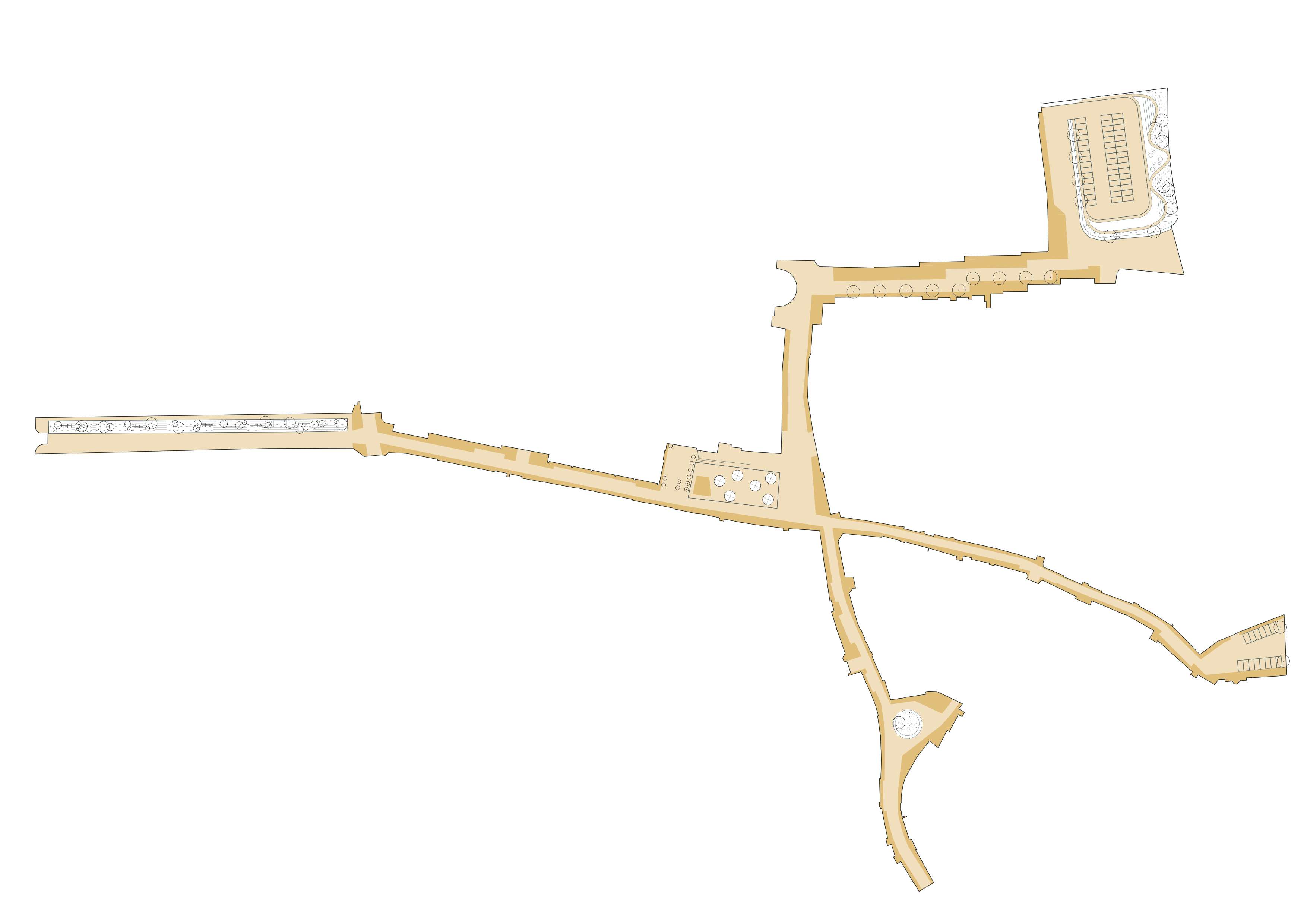 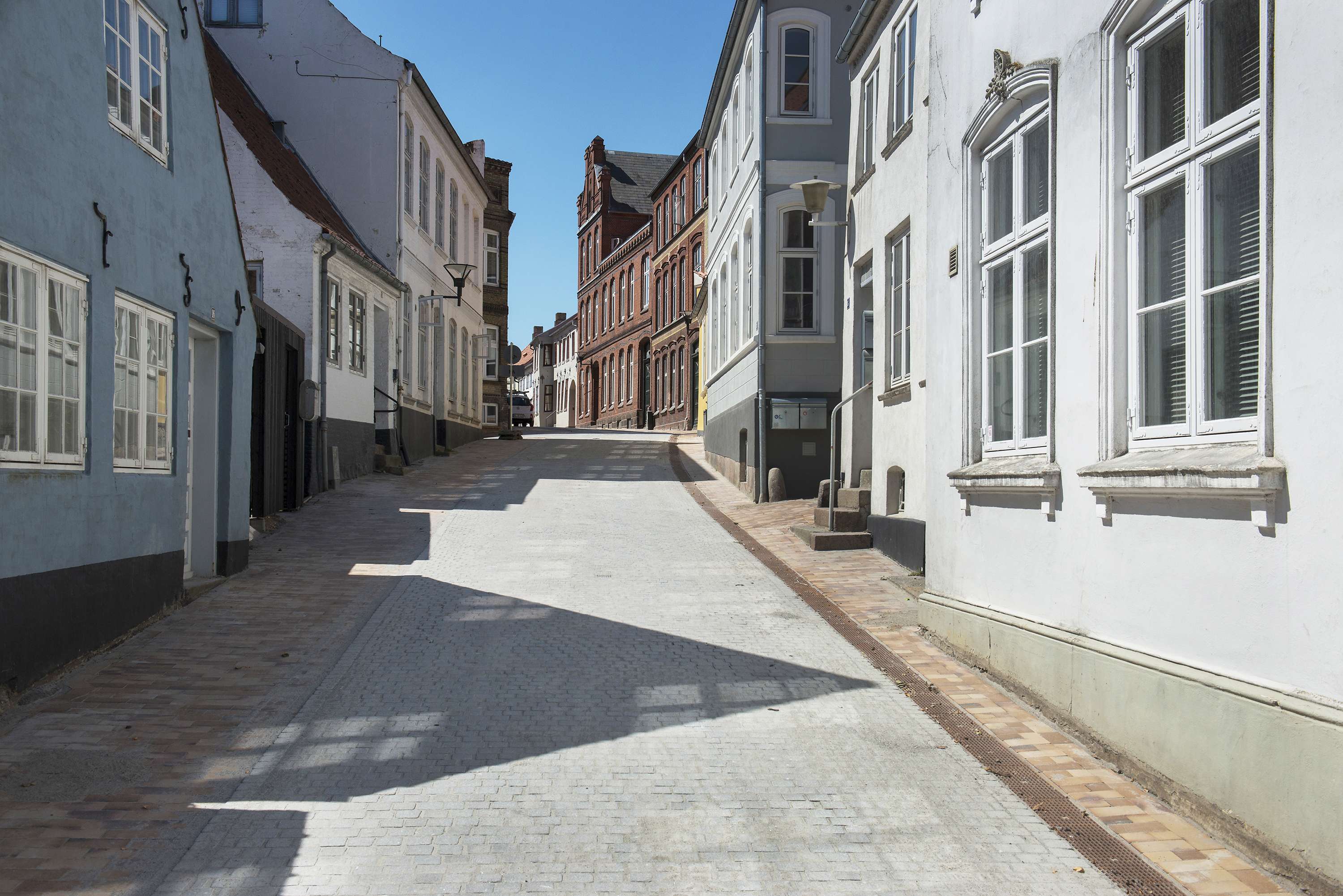 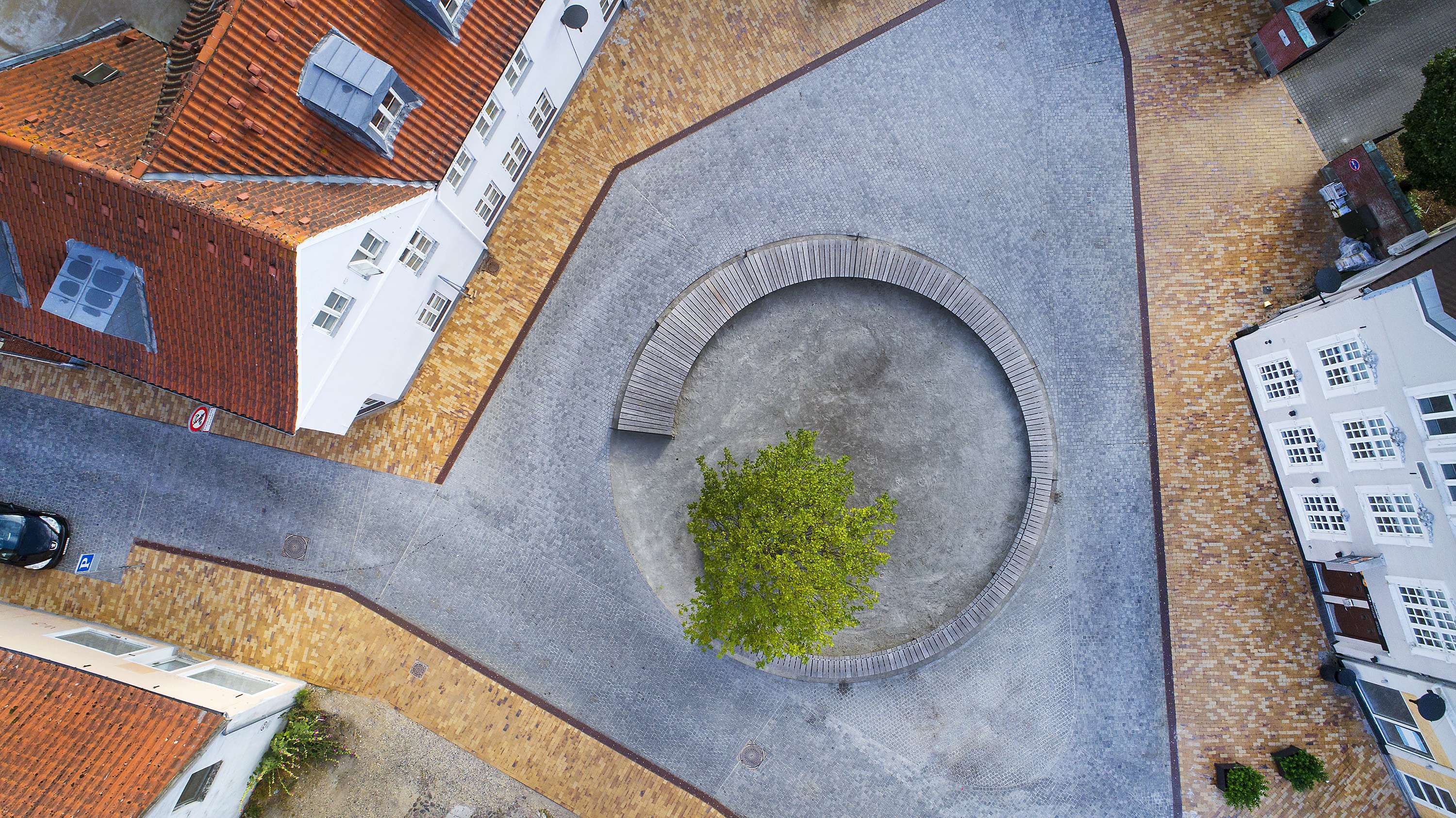 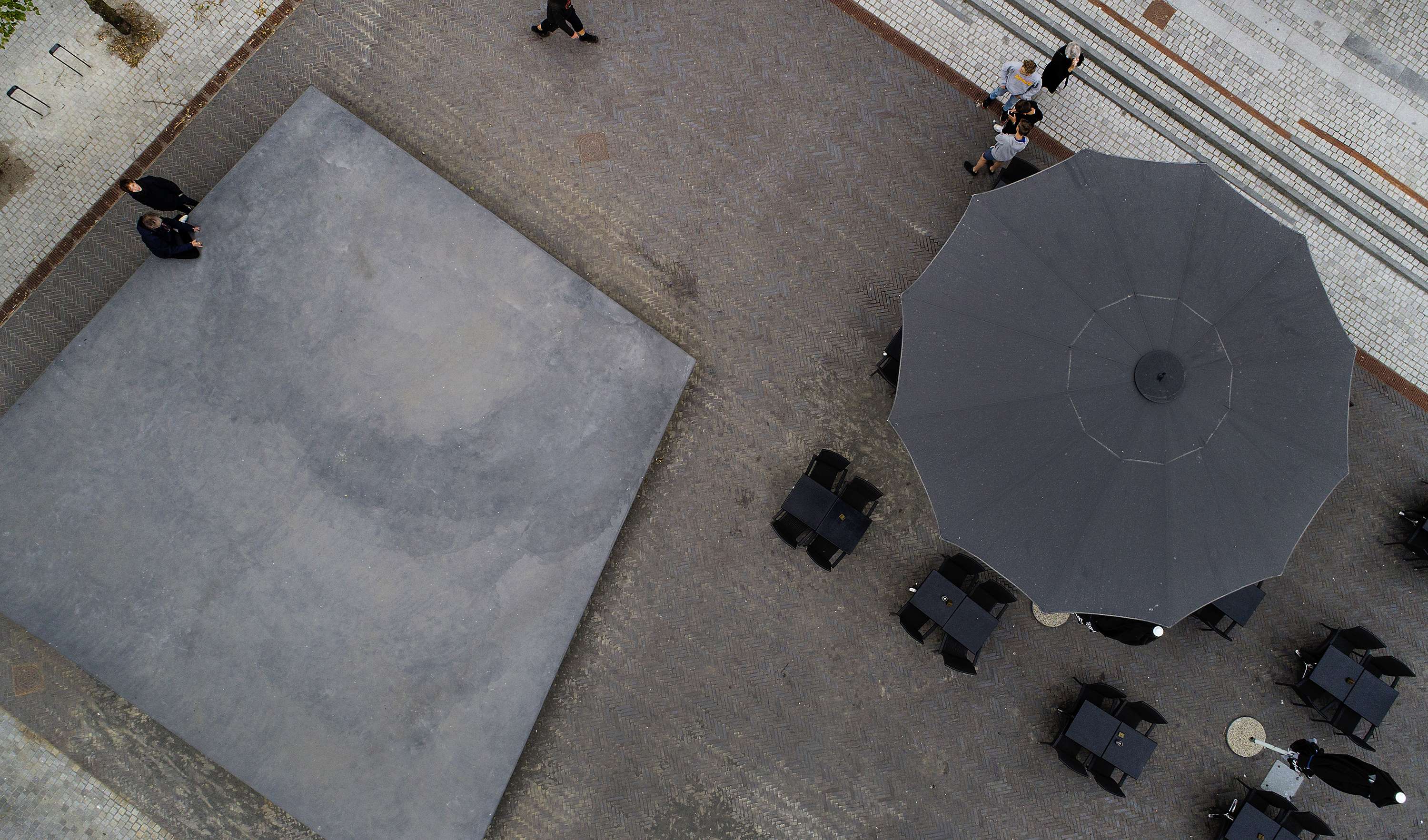 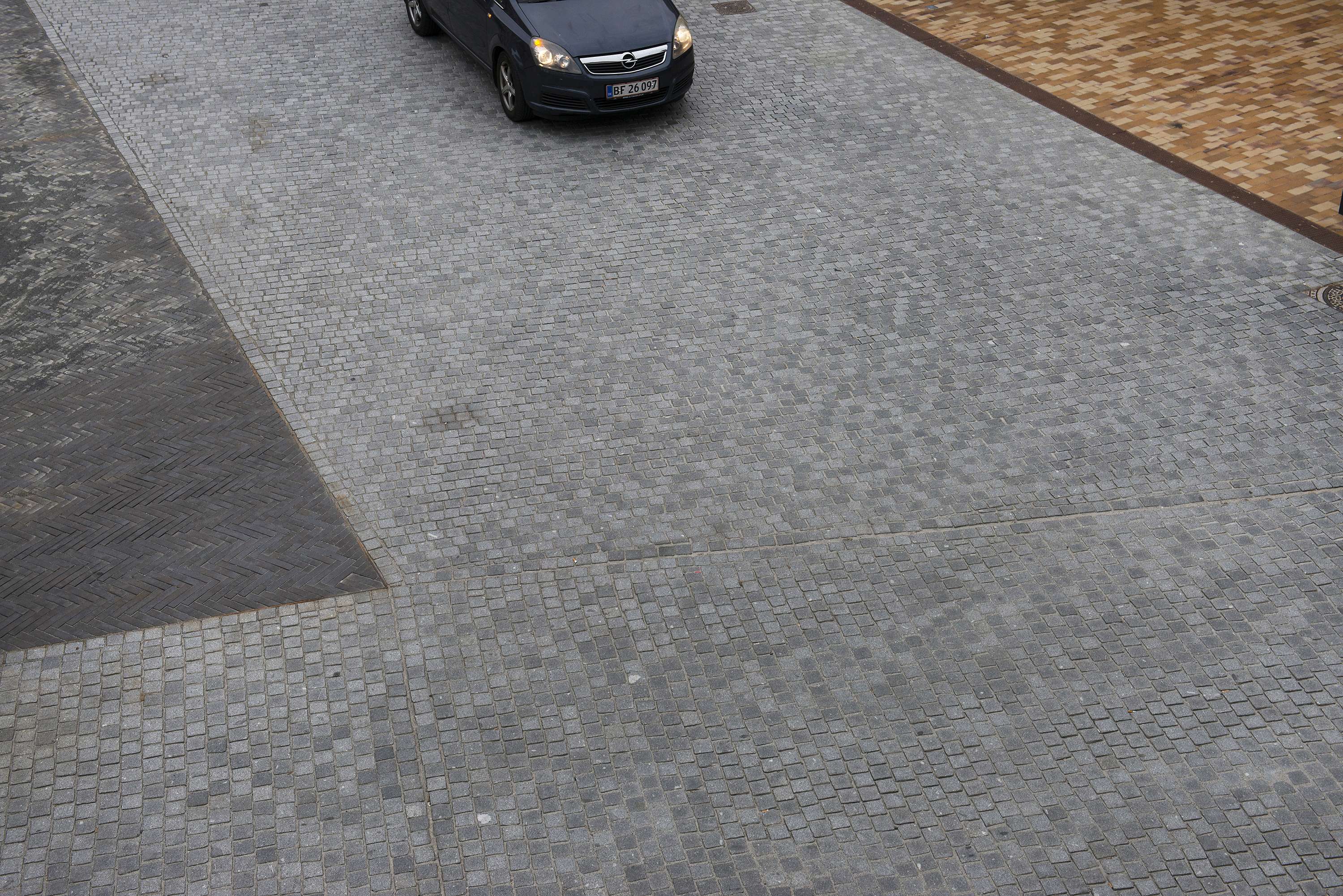 From visionary masterplan to urban transformation

In Danish market town Aabenraa, the recently completed transformation of the historic city have created strong links between the city’s visionary urban master plan and redesigned public space formed by local conditions. With a playful design approach and a new take on traditional materials, the historic center is ready for renewed public life.

The transformatoion area is the central part of the southern part of the Aabenraa historical center - an area of many listed and protected buildings. The area is characterized by mixed-use with shopping, housing, restaurants and small-scale business.

The area was challenged by worn-down streets, neglected squares and abondoned buildings but is at the same time an area of great interest for tourists, shopkeeoers and local entrepreneurs. One of the success criteria for the transformation was to create the foundation for a sound collaboration between local stakeholders, property owners and the municipality to kick-start a positive development of the area.

The area shows some of the most typical building tradition in the region and even some of the city’s most characteristic buildings: the old town hall, the traditional small-scale town house in local style ... along with modern and less well placed buildings. The overall impression was messy and heterogenous, and in dire need of coherence and a uniting identity.

The transformation area covers the three most important squares in the city: The Market Plaza, Storetorv (literally ‘the big plaza’) and the Southern Square. They all have great potential but were characterized by an anonomous identity and a out -of-date conception of public space.

The streets in the area are narrow and winding, often with one-way traffic. Speed is low with limited traffic. A traditional road profile was even further limiting a more synergetic pattern of movement.

Through extensive transformation, the historic center of Aabenraa has resurfaced with a more coherent street network and defined squares with individual character. From the visionary masterplan, partly designed by the same team of architects, to the detailed paving, the project is born from a deep understanding of the city, clearly transforming urban potential to stronger connections and attractive public space.

The transformation builds on the character, scale and experience in the historic center, but add new layers of modern identity to streets and squares. The new identity is high-lighted through paving patterns and urban furniture that were designed to support various forms of public life in the city.

The playful contrast between customized yellow-brown tiles and classic cobblestones gives a nuanced experience of the scale in the city as well as an easily recognizable urban floor, laid throughout the transformed area.

In the process of creating obvious links from the grand perspectives to the smallest detail, the aim has been to establish a strong identity for the historic city center as a whole, but at the same time to allow the micro-local conditions to affect the character of the individual public space.

Prior to the transformation an intensive study of rainwater handling was carried out upon which the transformation is designed. The permeable character of the paving  as well as the line drainage system defining the alternating pattern of street and sidewalk are both part of the sustainable strategy.

The patterns and materials of the paving encourage a lower speed in the transformed area while changes in material acts as the only separation of traffic. The simplification of the street profiles also allows for a more synergetic movement pattern that has proved to make better conditions for all traffic groups.