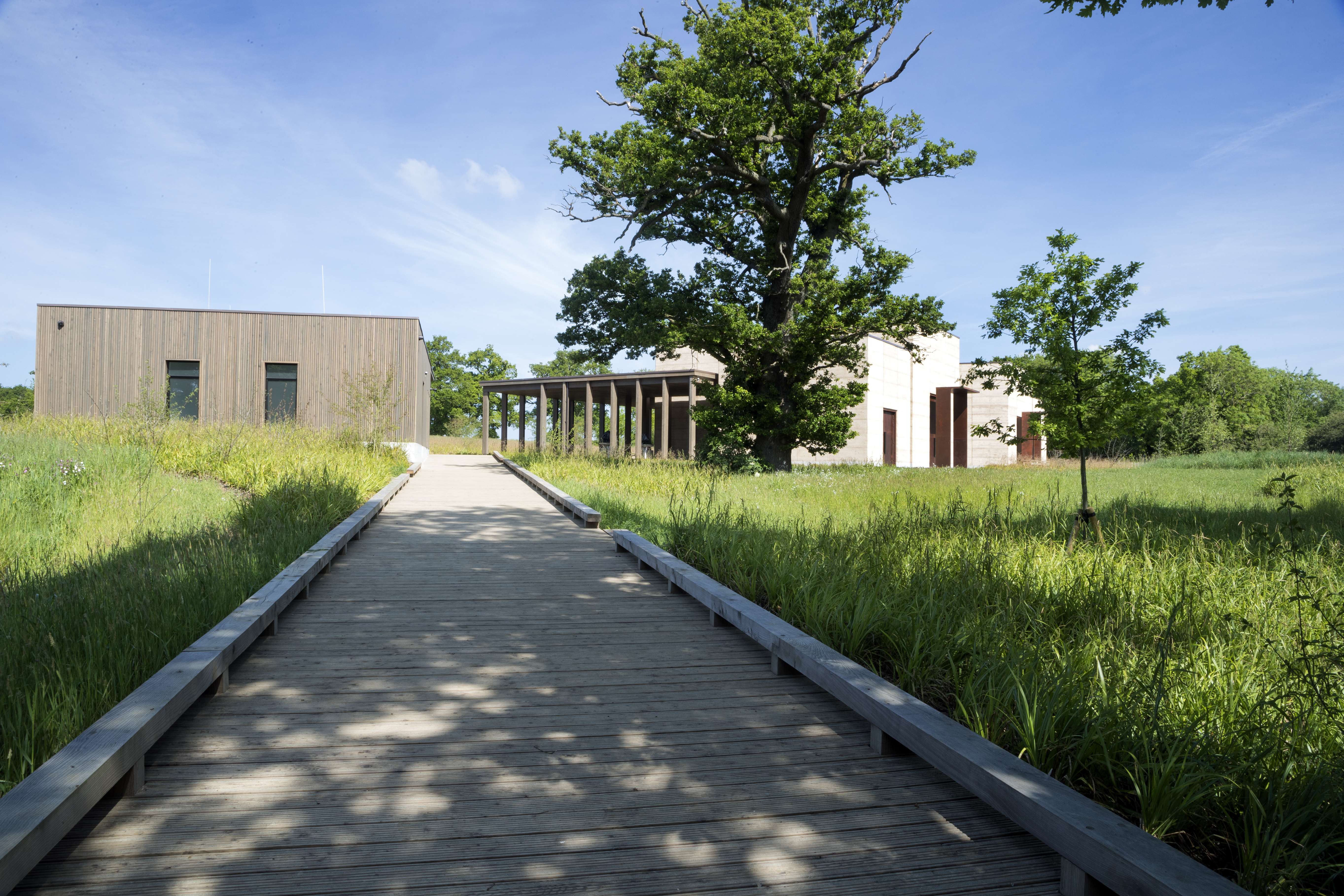 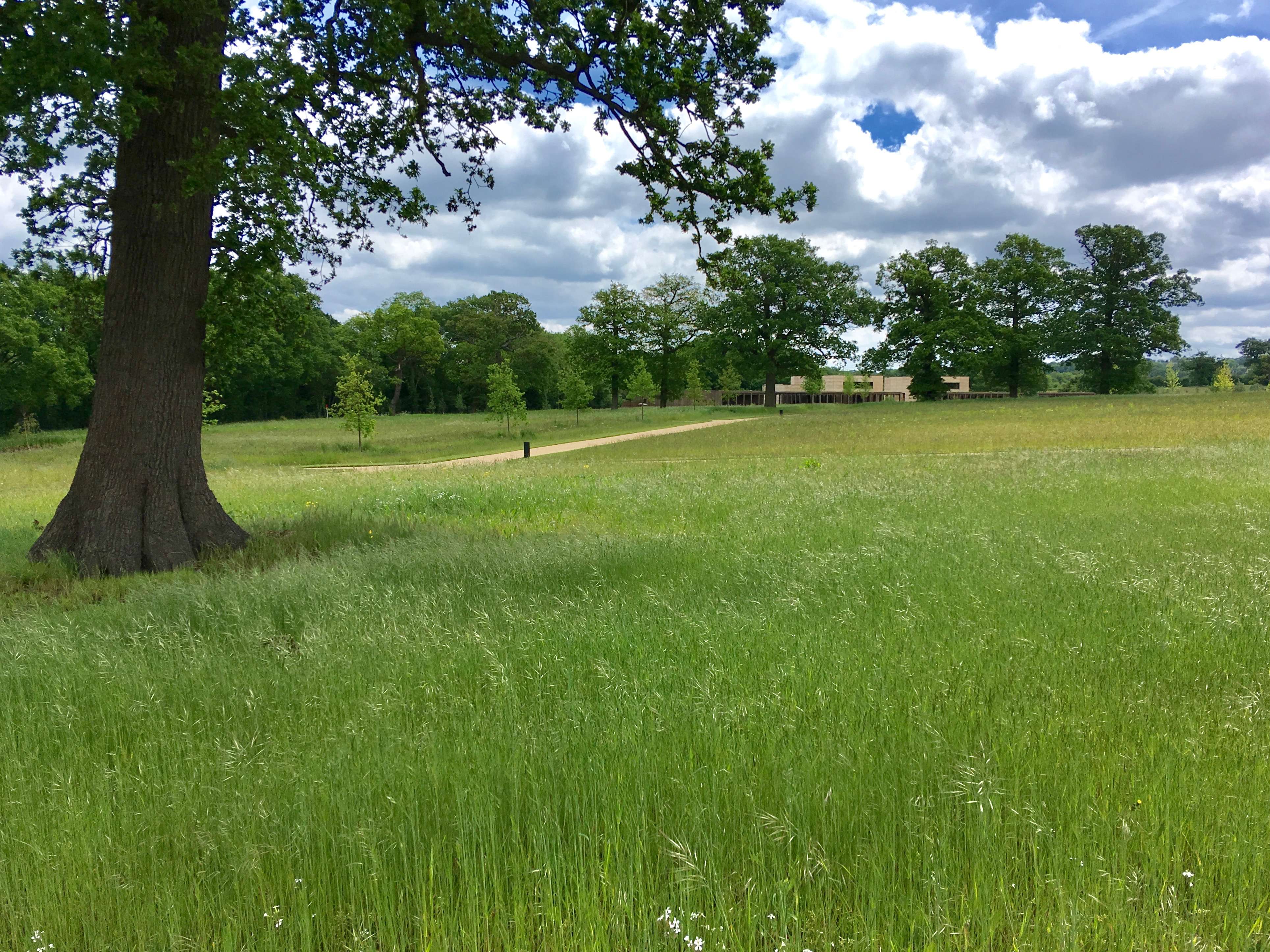 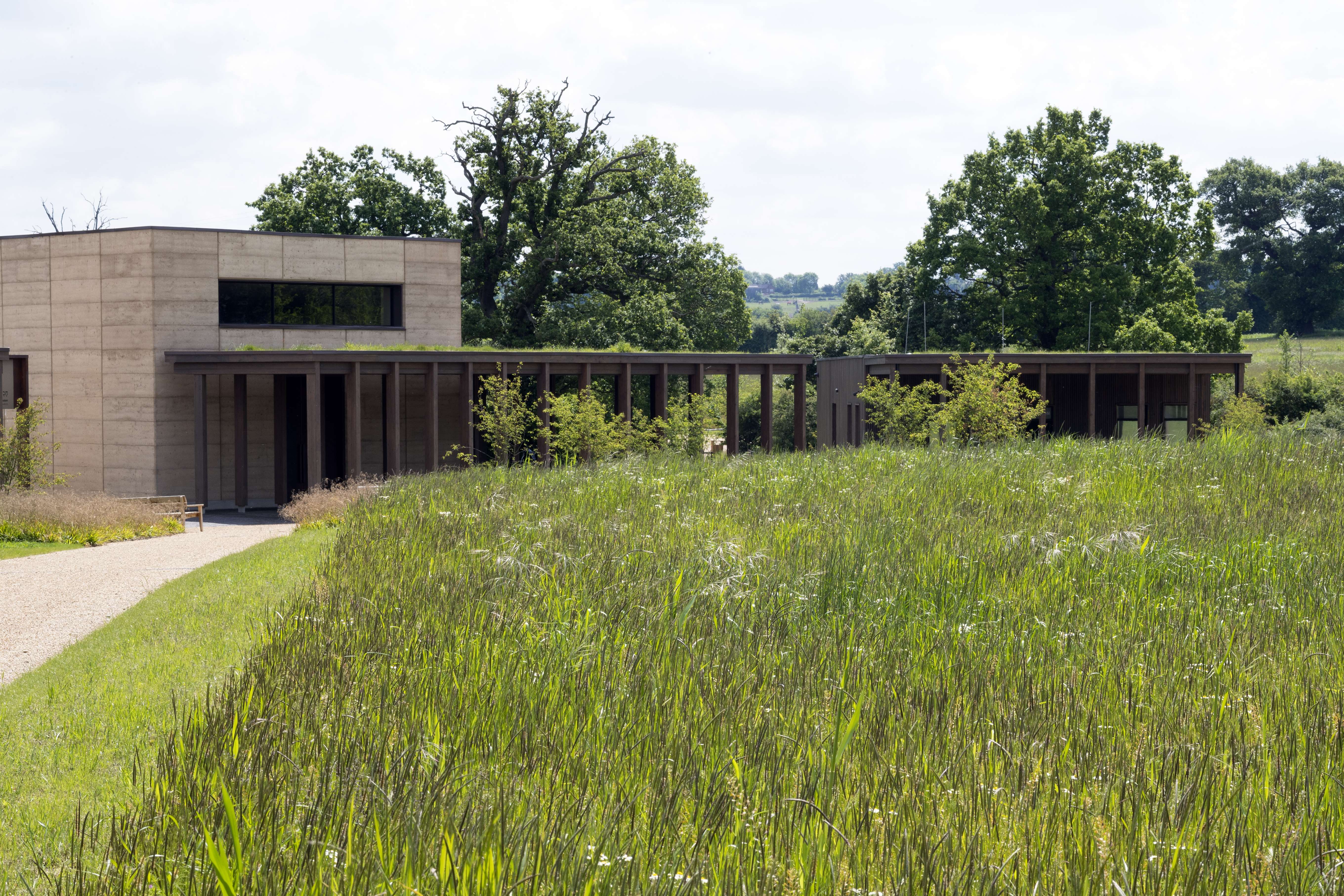 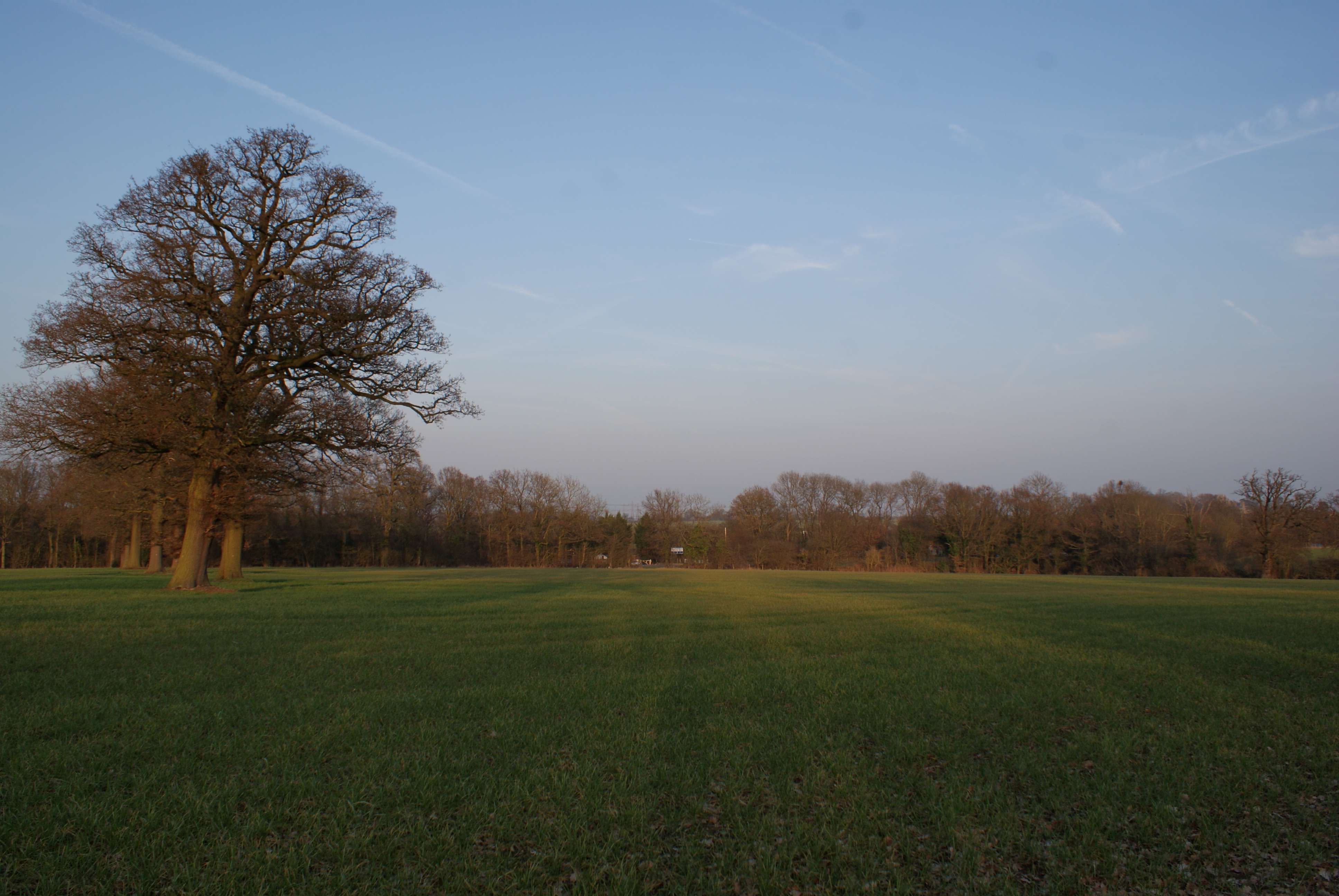 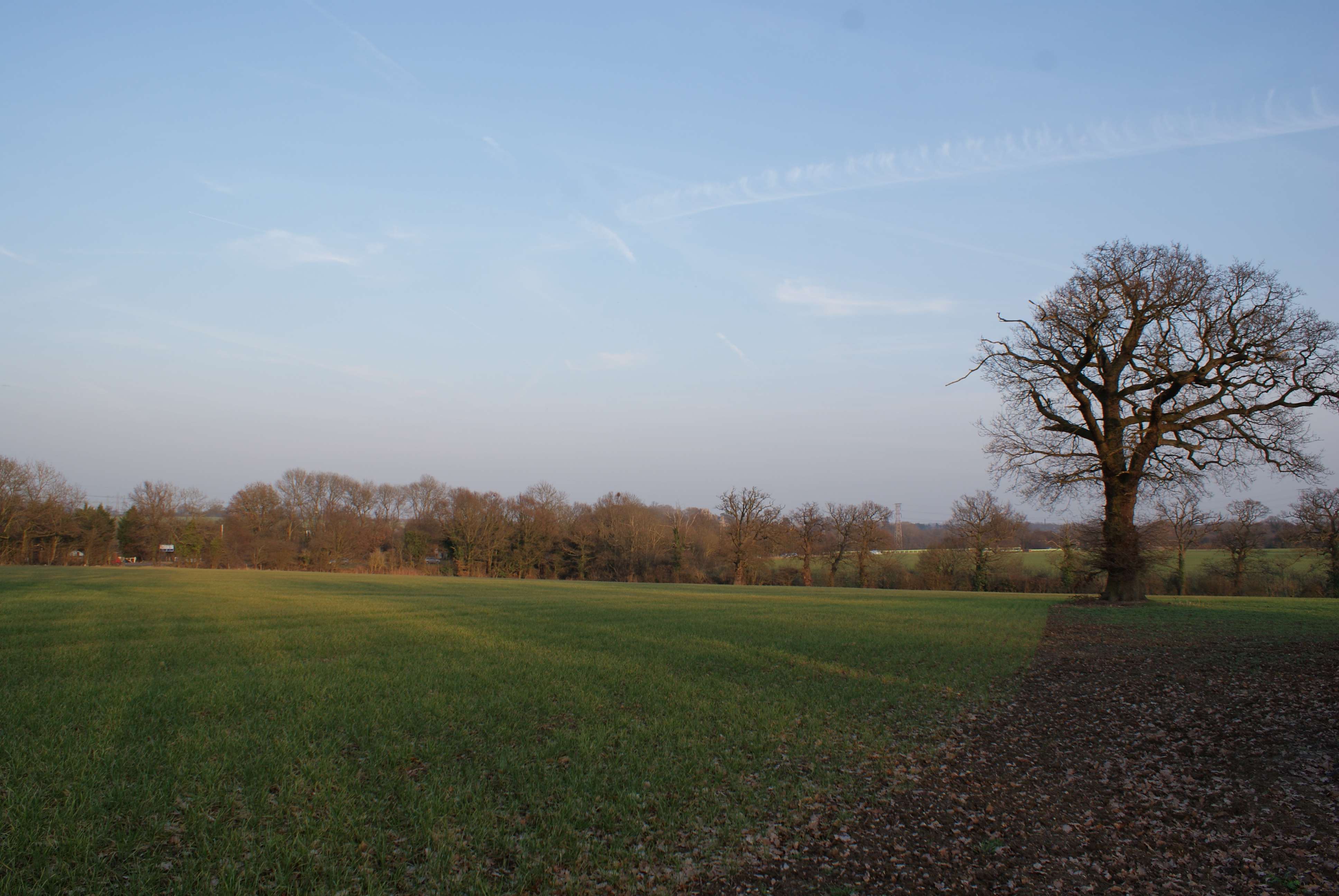 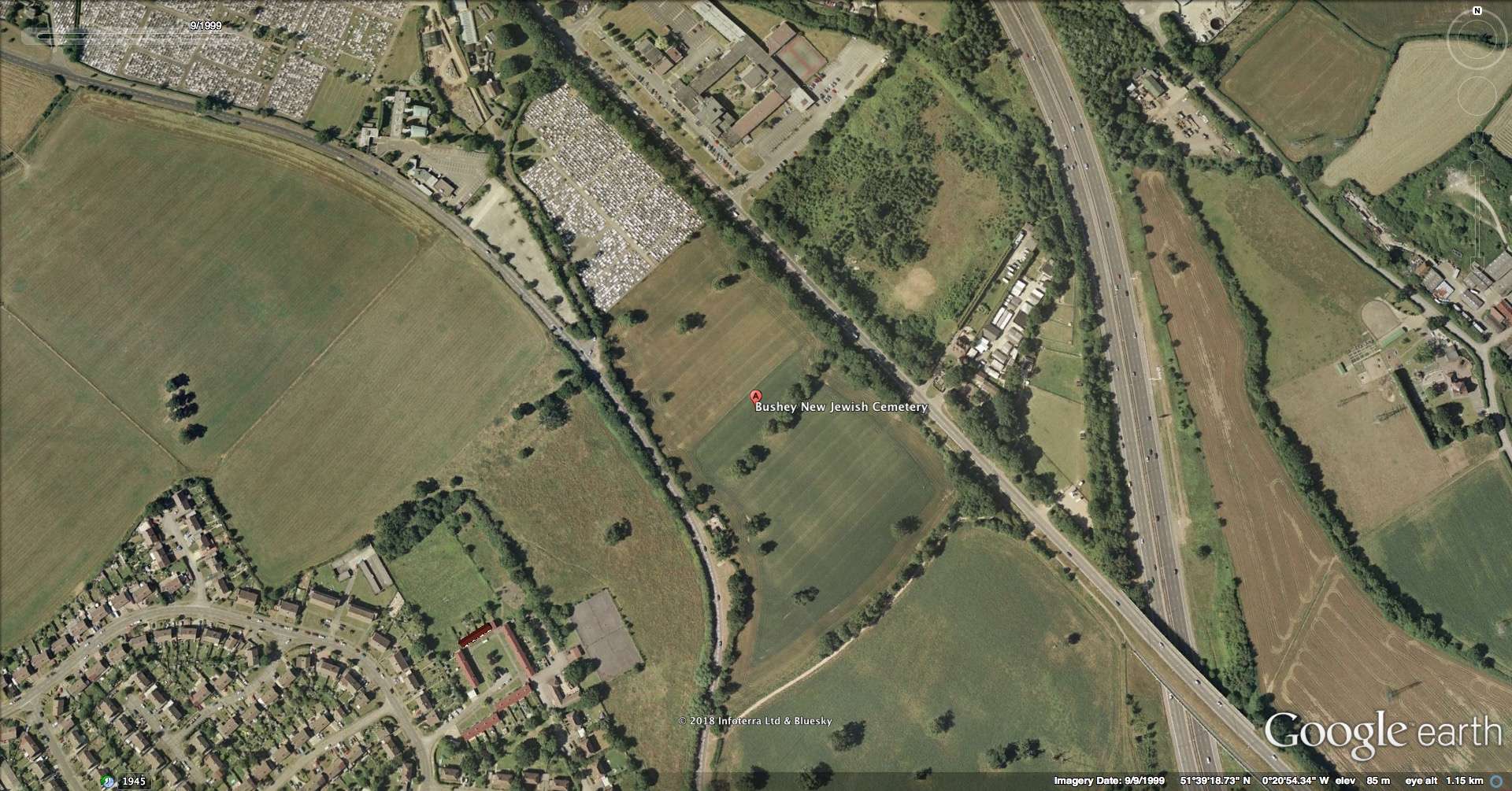 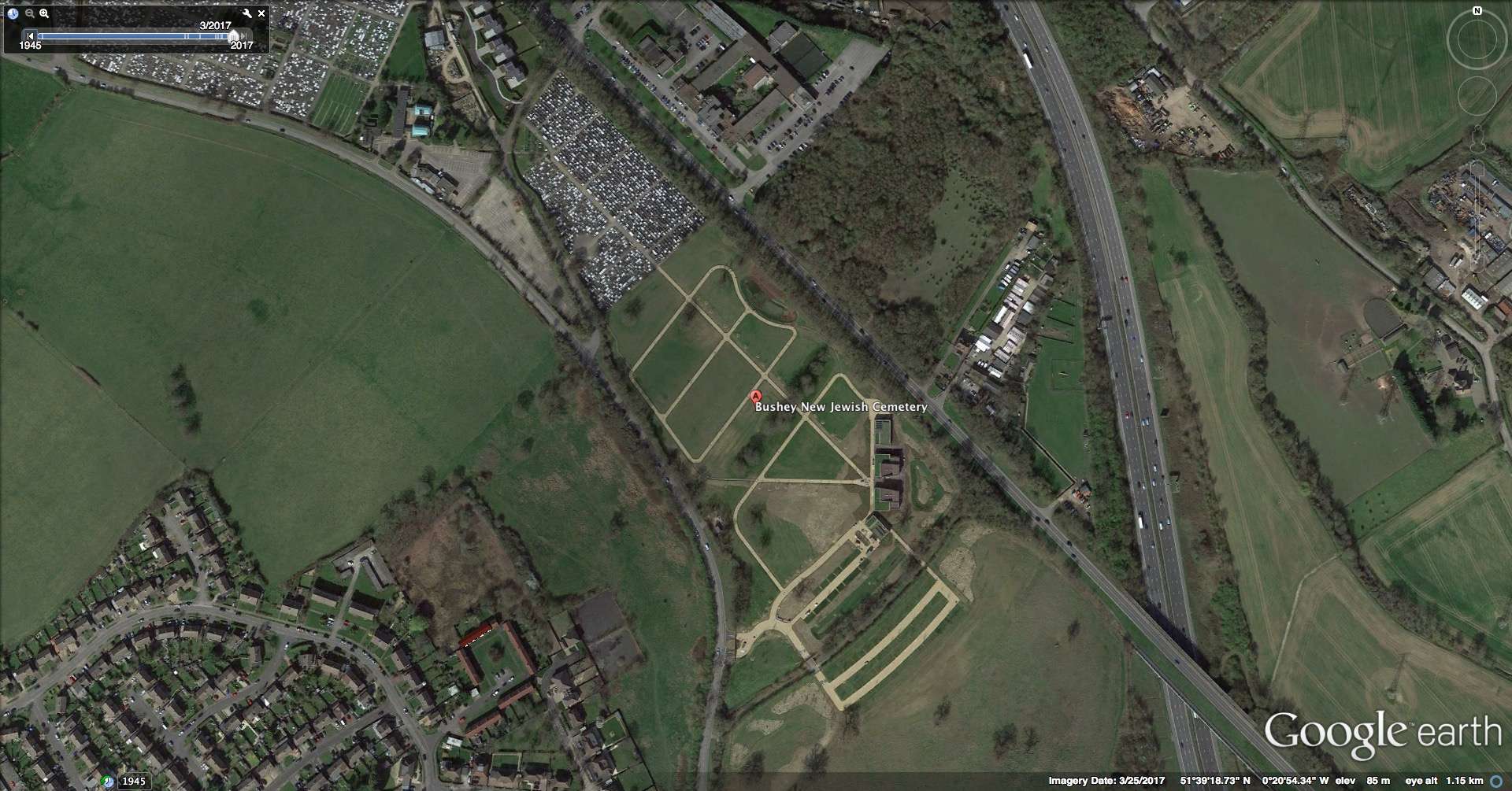 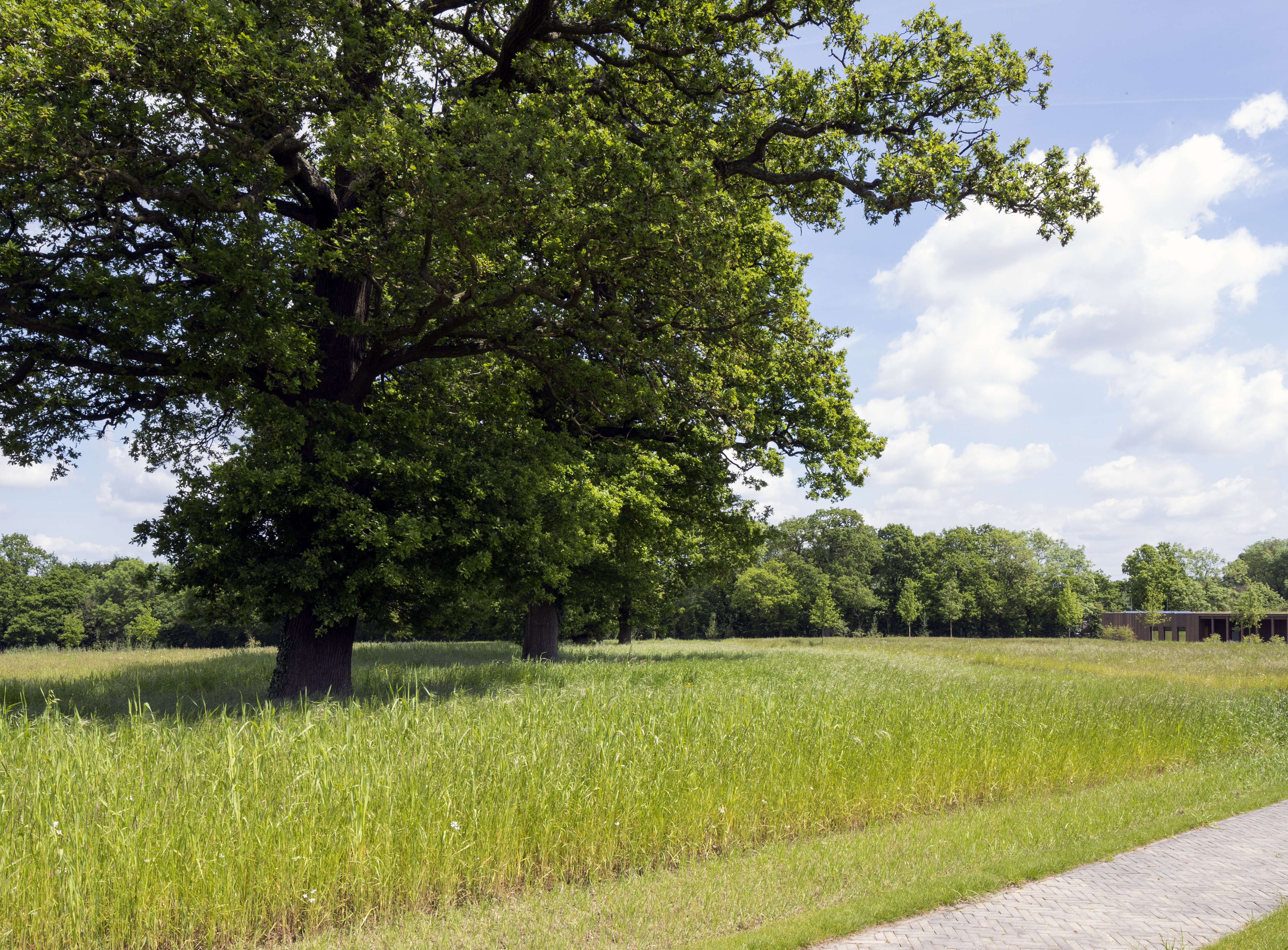 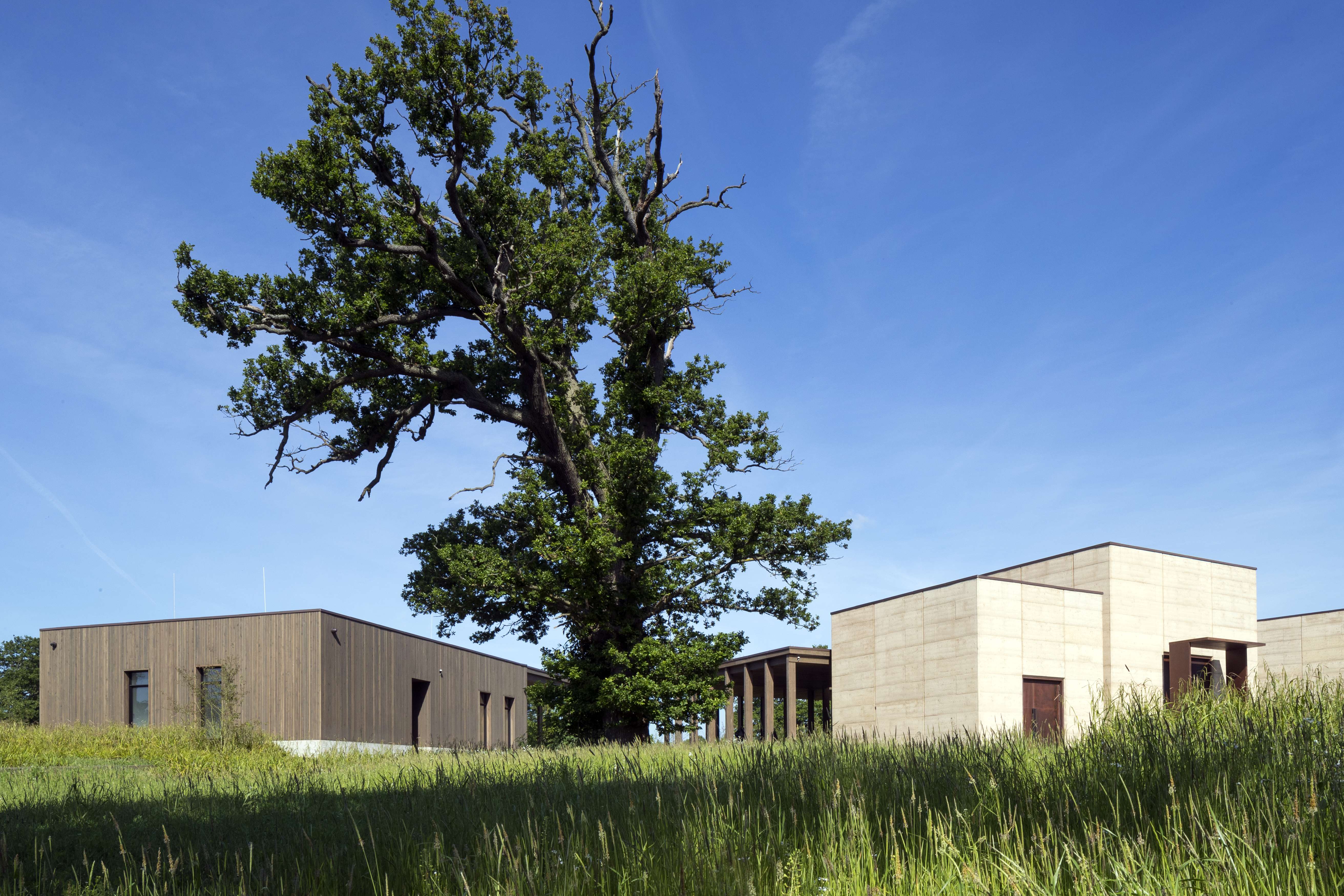 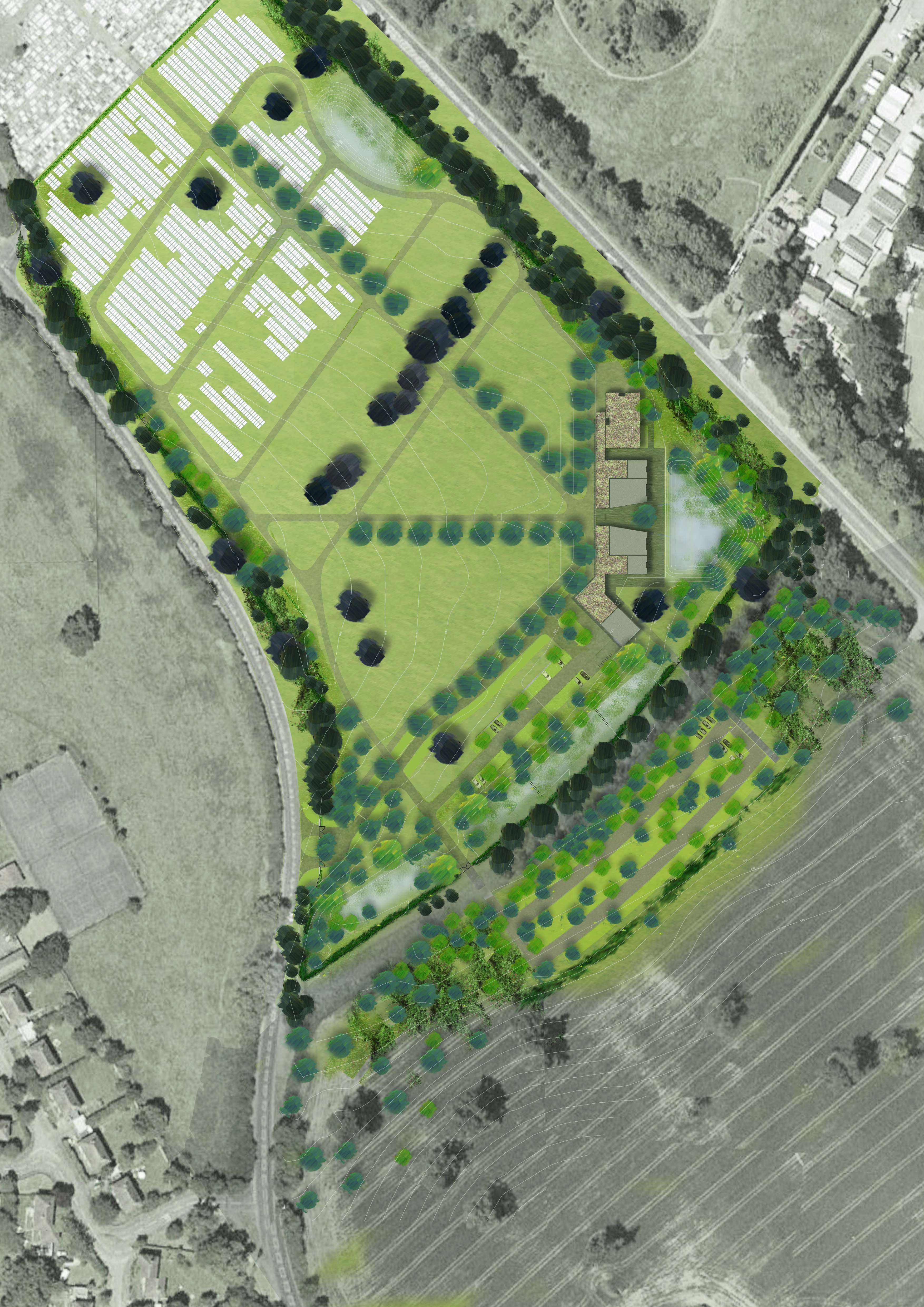 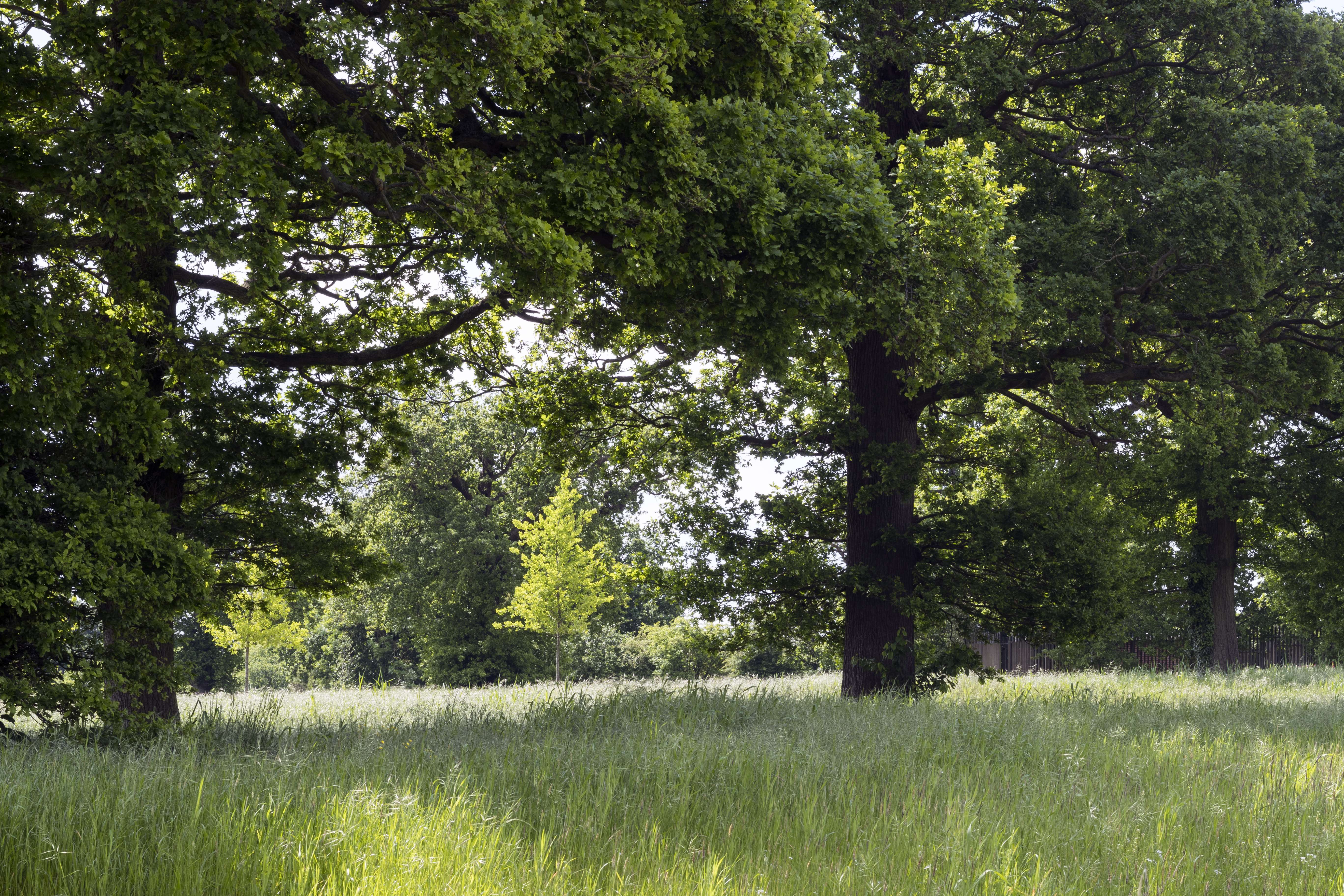 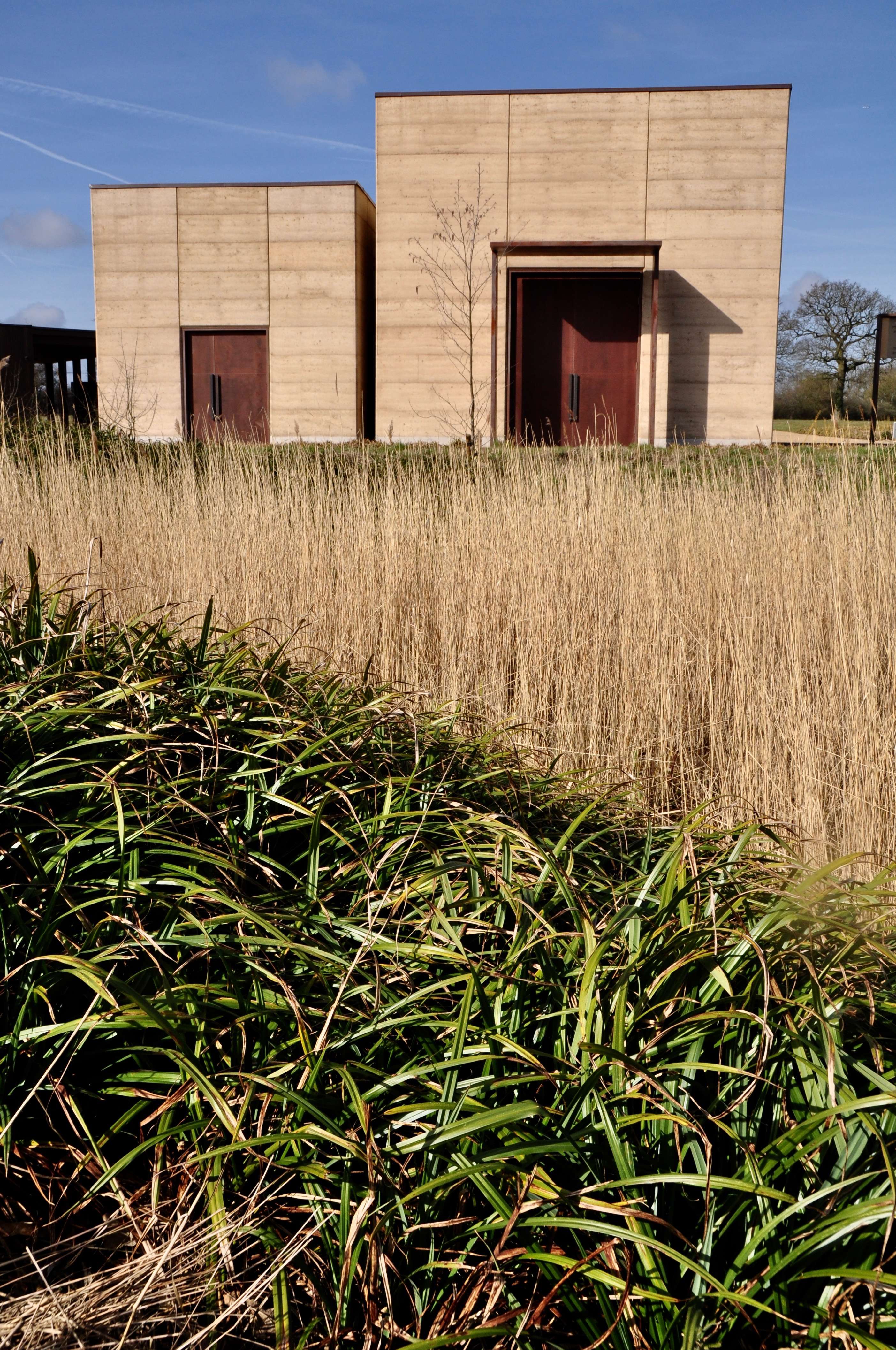 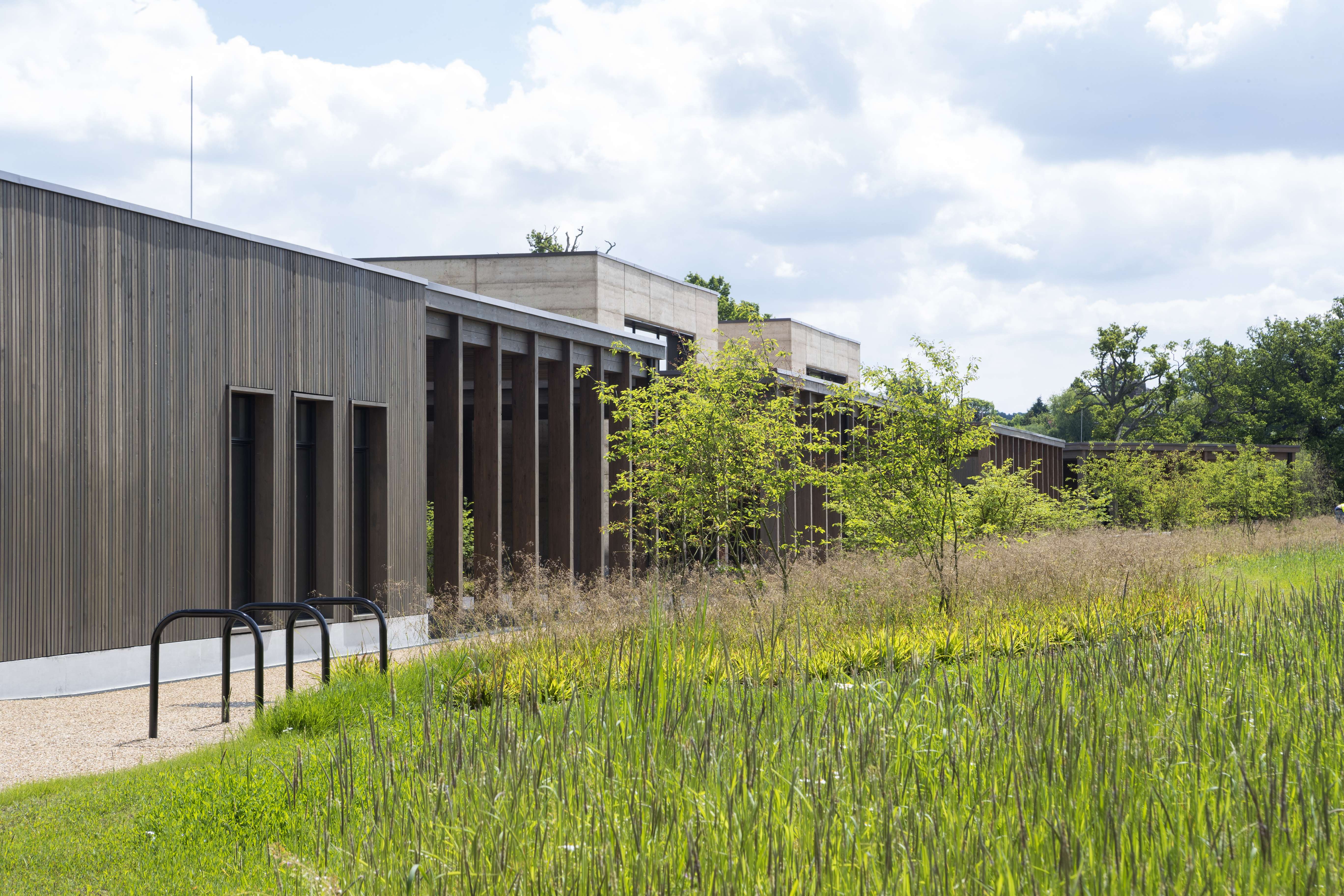 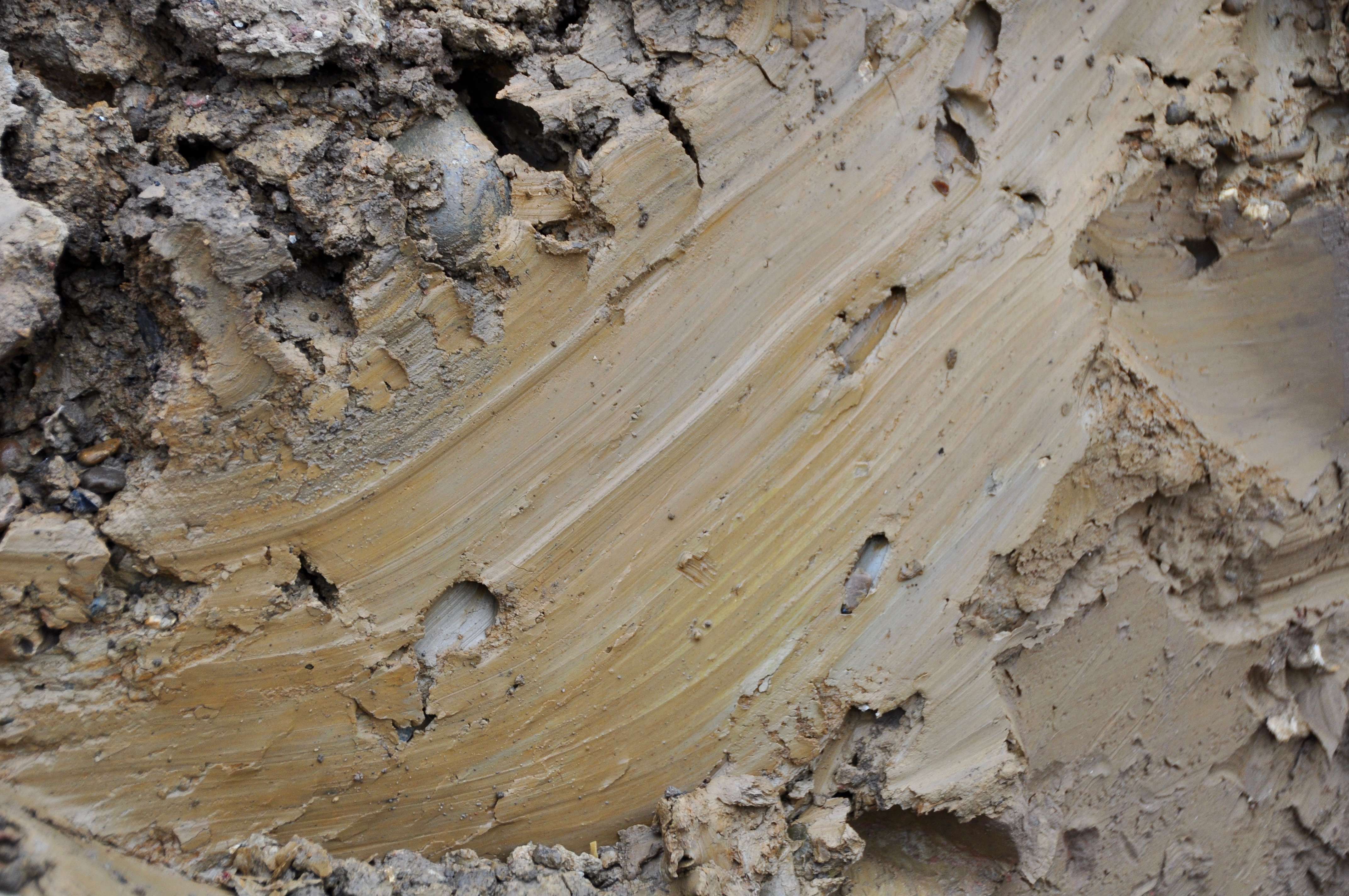 New Bushey Cemetery is a 8ha site of natural beauty situated within London’s Green Belt and is one of the most significant Jewish burial sites in the UK. Our extension of the cemetery was designed around and part of the existing landscape. The buildings are very much part of their setting. The site evokes a narrative of earth to earth, where soil conditions influenced design approach and inspired rammed earth construction and clay brick paving. The site required a sensitive approach to the integration of new prayer halls, mortuary, car park and burial space into the gently undulating and protected landscape of the Northern Thames Basin. The earthen and timber-clad cemetery buildings were positioned in the lowest corner of the site, maintaining open views across the landscape to the arable fields beyond, framed and anchored by veteran oak trees that define the character of the landscape.

Two monolithic prayer halls, discretely embedded into a corner of the sloping site, are built of rammed earth. This organic, locally sourced material defines the overall design and was chosen for its symbolic and practical sensitivity to the Jewish faith, echoing the traditional sentiment of the deceased being laid to rest in plain wooden caskets, ‘returning to the earth’.This is an ancient building method that is natural, sustainable, durable and strong. Left exposed within the ceremonial spaces, the rammed earth creates a sombre, peaceful atmosphere. Oak paneling, larch glulam beams, earthen tiles and corten steel doors complete the natural, tactile material palette.In 60 years when it is anticipated that the cemetery is fully occupied, the buildings will be returned to the earth, and the site to the Green Belt.

We bisected the site with a row of existing significant veteran Oak trees, vestiges of an old field boundary. This feature is replicated in new staggered oak avenues within meadow, radiating from the Prayer Halls along the main circulation paths, and maintains an important linear ecological route when burial plots begin to occupy the fields far in to the future. Laid out along a north-south axis the buildings facilitate the movement of mourners. A timber colonnade forms the processional route to the prayer halls which are entered from the west and exited to the east, before mourners are led towards the graveside. On site for less than two years, the project has been a 10-year journey taken alongside the organisation’s trustees, Jewish community and planners, requiring us to develop an understanding of the processional nature of the Jewish faiths’ practice of burial.

The new cemetery celebrates landscape biodiversity, using sustainable drainage systems, collecting surface water run-off from the highly impermeable London Clay soils and attenuating in a series of interconnecting swales and ponds. The waterbody edges merge into the landscape with marginal aquatics, specimen willow trees and reed beds that, in winter, mirror the tones of the rammed earth. Elsewhere the planting palette uses robust, native species adapted to the heavy soil conditions. The car park is designed to recede into the background with reinforced turf parking bays partitioned with swathes of meadow and specimen tree planting and use recycled log buffers. In time, the new hedgerows and woodland blocks surrounding the car park will grow to create a wet woodland ecology. A linear reed bed and series of ponds and swales define the edges of the cemetery, facilitating rainwater attenuation and encouraging the biodiversity of Bushey Cemetery’s pastoral setting.