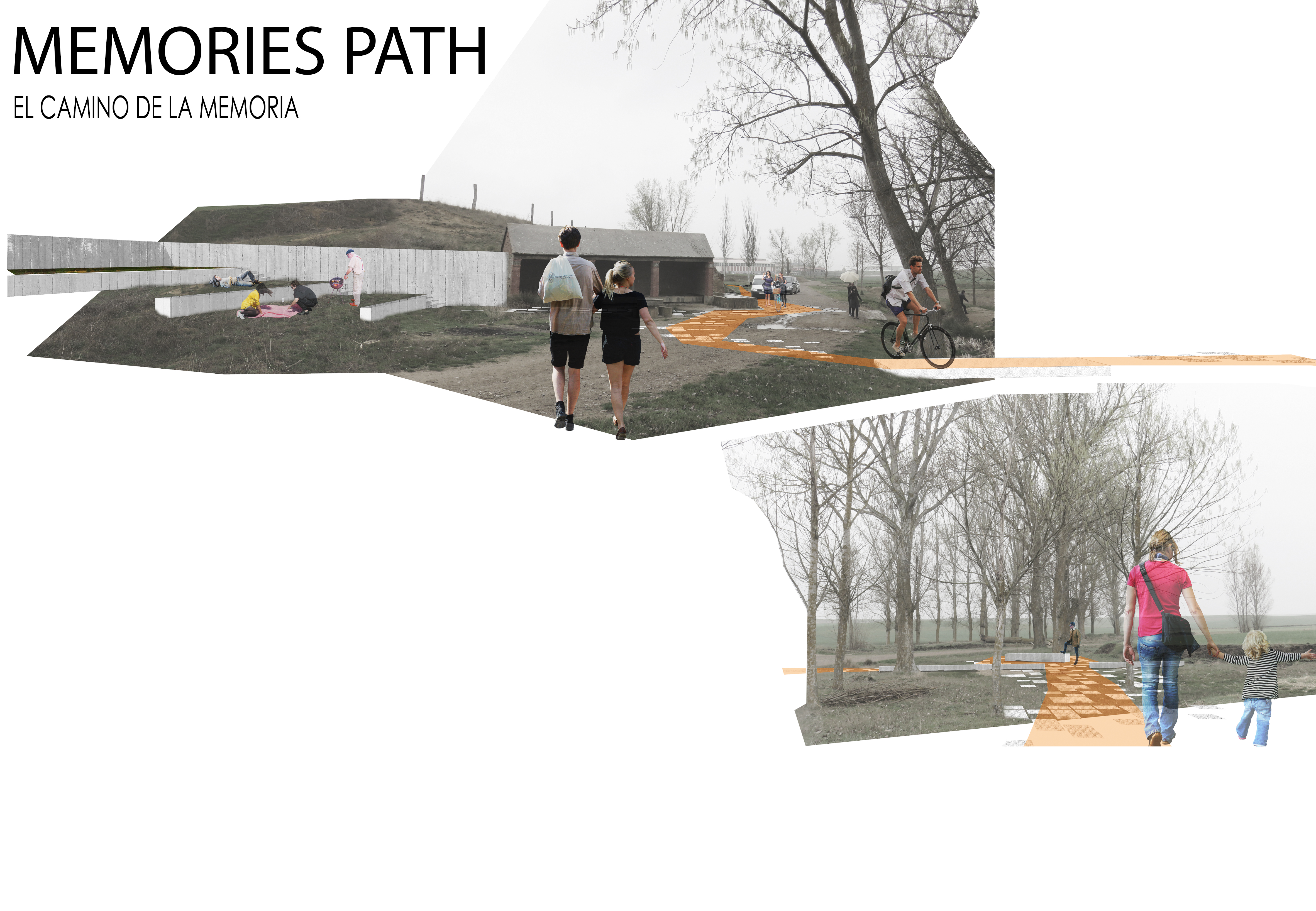 Memory is an extraordinary legacy for men. It witnesses our steps in the past, which guide our path in the present. Our proposal, tries to awaken it through a silent intervention that merges with the territory where it is located.South Villaherreros town (Palencia), the recovery of the old laundry rooms is being considered, a place that was left behind when industrial activity arrived at town. An old space of work and meeting, next to a small building that has survived to these days as a silent witness of the passage of time. 3 features will dene our intervention: The architecture: Three walls, following the laundries traces, carve the landscape framing the old laundries. A simple intervention to dominate the territory. A walk: The path appears and disappears like a subtle stroke in the eld. It is materialized by means of slabs whose geometry is taken from the washing places traces. An echo of architecture built on reactivated territory. Nature: Denes a physical and changing limit during the hours of the day and the months of the year. Its vertical bearing, next to the stream, will guide our route. The road is materialized by concrete slabs placed on the ground. The walls next to the laundry room are made of the same material. In front of the interior social space, a small space located to the south, dened by a bench in the wooded area, confronts the spectator with the immensity of the Castilian countryside before returning to the village along the eastern path, limited by trees and the view of San Román Church.