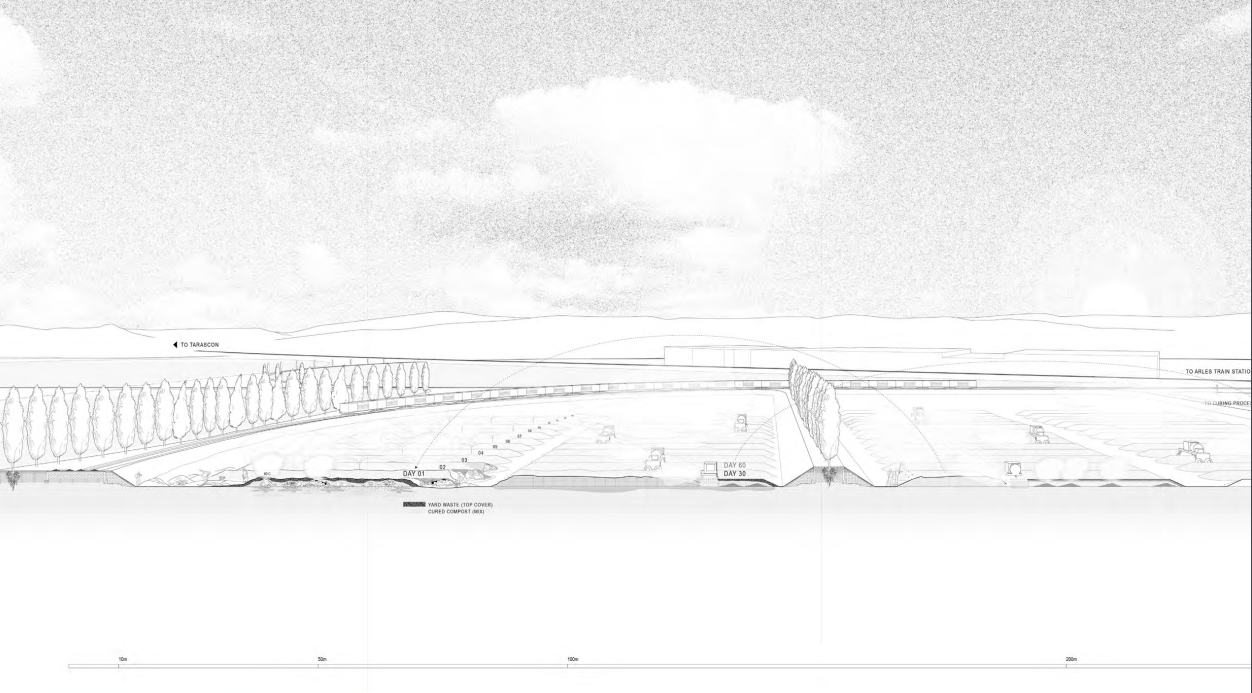 CO-MINGLED sites a new port at the Port of Arles, a semi-fallow landscape currently at the margins of a major industrial corridor yet connected through four major distributional networks – river, canal, rail, and road – through the creation of a new, collectivized waste economy as a framework for the future re-location of the distributional services at the Marseilles-Fos Port to Arles. Predicated upon two major scenarios: the severance of the 70-year concession between the Compagnie National du Rhone and France, and the predicted inundation of the Marseille Fos Port through sea level rise, the new port will consolidate all portions of the waste stream into a new cyclical economy, managed cooperatively by a regional authority. Connected through four distributional networks, the existing road and train networks form berms through which the port is de-constructed and organized to lay the groundwork for the new waste economy and the eventual re-location of Fos logistics to the site. Inscribed onto this framework is the collective ownership of the port, in which the fallow voids between the berms can be operationalized and de-operationalized according to the ebbs and flows of waste and materials that course through the port. The Port is a central node in a regional community waste sorting network, placing the capital and decisionmaking power of where our waste goes, and what it becomes, into the hands of the community.