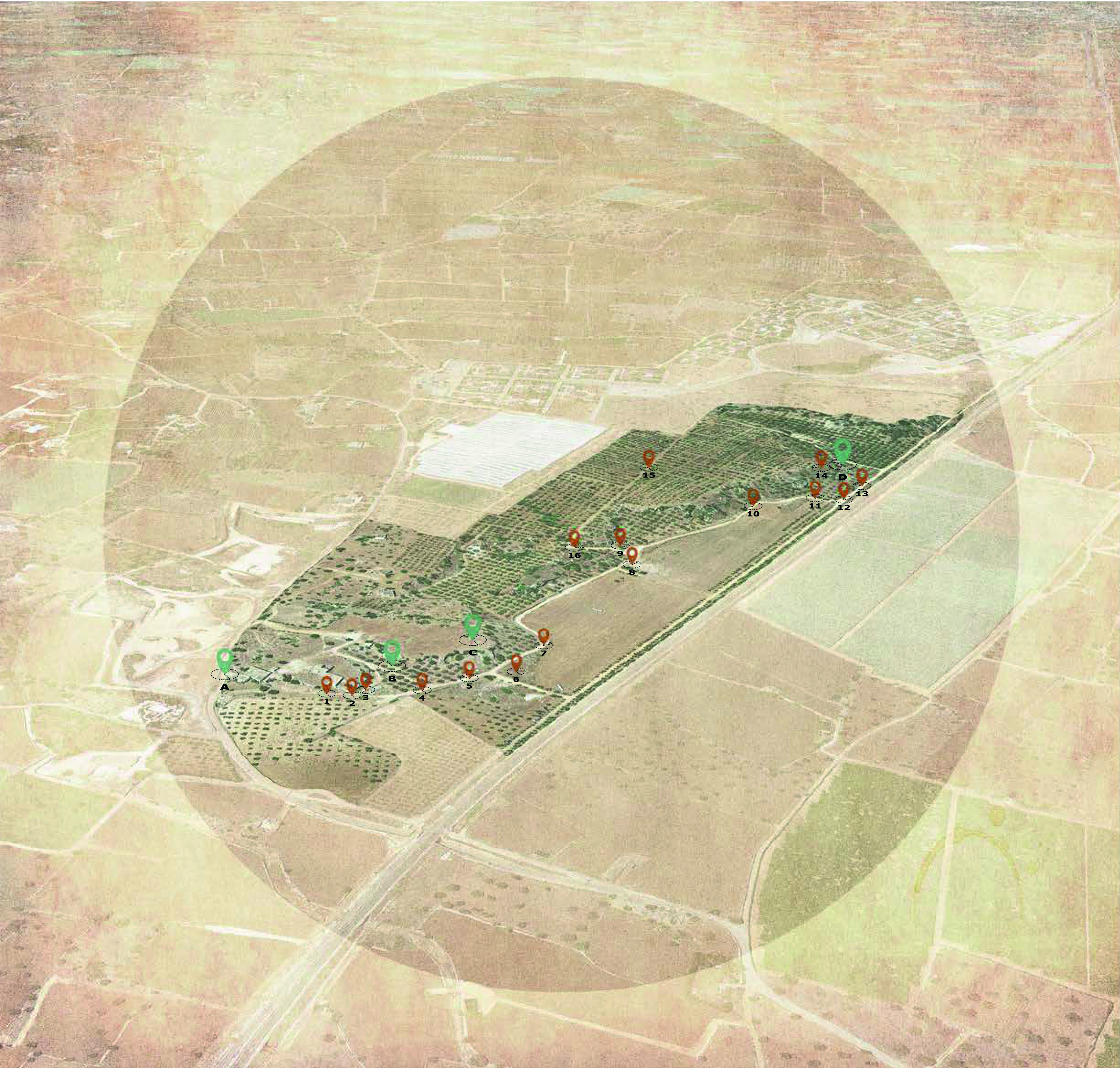 Here we show the archaeological settlement of Madonna di Grottole, one of the oldest sites in Apulia (south of Italy), far 3 Km from the Adriatic coast, in the countryside of Polignano a Mare and separated from this town by the railway and route SS16. The particularity of the site consists in the presence of a dense concentration of both natural and anthropic cavities (62), along a 1.5 km long calcarenite ridge, parallel to the coastline. Overlying two caves there are a small church and an ancient Augustinian monastery, developed in a traditional apulian farm, called masseria.
Caves and the church-masseria couple are inserted in a territorial context in which the coastal Mediterranean scrub compares itself with cultivated fields, first of all olive plantations, secondly almond plantations.

We propose an archaeological park that makes perceptible the layers of time, the memory of places and
the connections between nature and architecture, both as architecture mark and as soil cultivation.

Three points of intervention are: the cycle-pedestrian path that allows the viewing of the caves; the definition of external spaces in the form of courts and terraces; the vegetational arrangement between the Mediterranean scrub and crops.