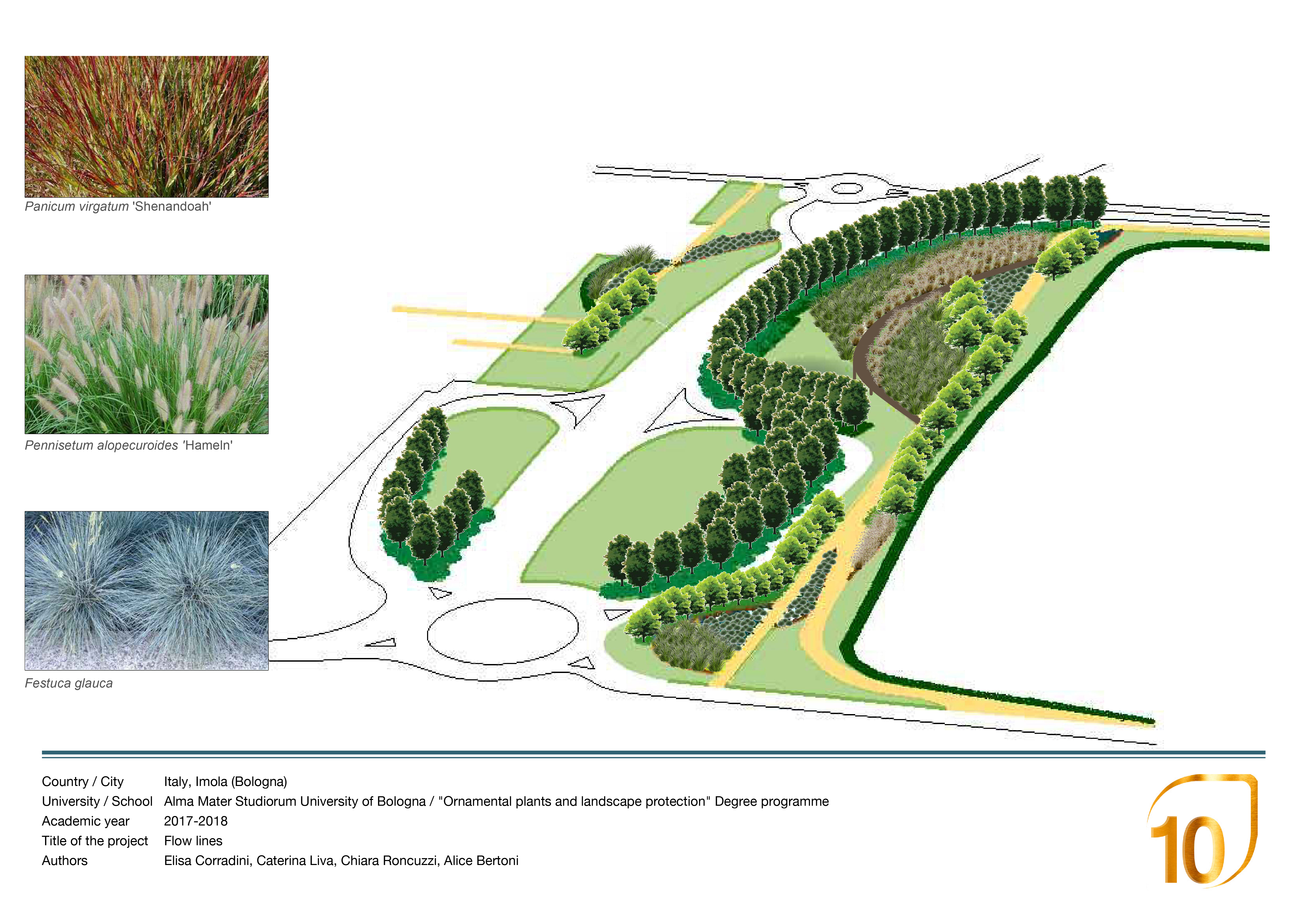 The area is located in the city of Imola, in the province of Bologna, near the ‘Bretella’, an urban expressway that runs at a lower level than the city's plan. In the area there is a cycle-pedestrian track that runs for a stretch along a rolling basin used today as a dog area. Overall, the whole area is inhomogeneous and with little maintenance.

The idea of the project is based mainly on three themes: the curves, the flows and the differences in height given by the topography of the area itself.

The curves of the road have defined the basic design of the paths and signs of the terrain; the flow of cars, on the other hand, has been re-proposed as masses of vegetation with soft and supple volumes, particularly grasses, which also recall the flow of water inside the rolling basin.

The theme of the topography of the land is developed both with the use of vegetation of different heights, but also by further lowering a part of the rolling basin in order to draw three different levels of water filling according to the amount of rainfall. A new route, located at the level of the cycle path, makes the area more usable.