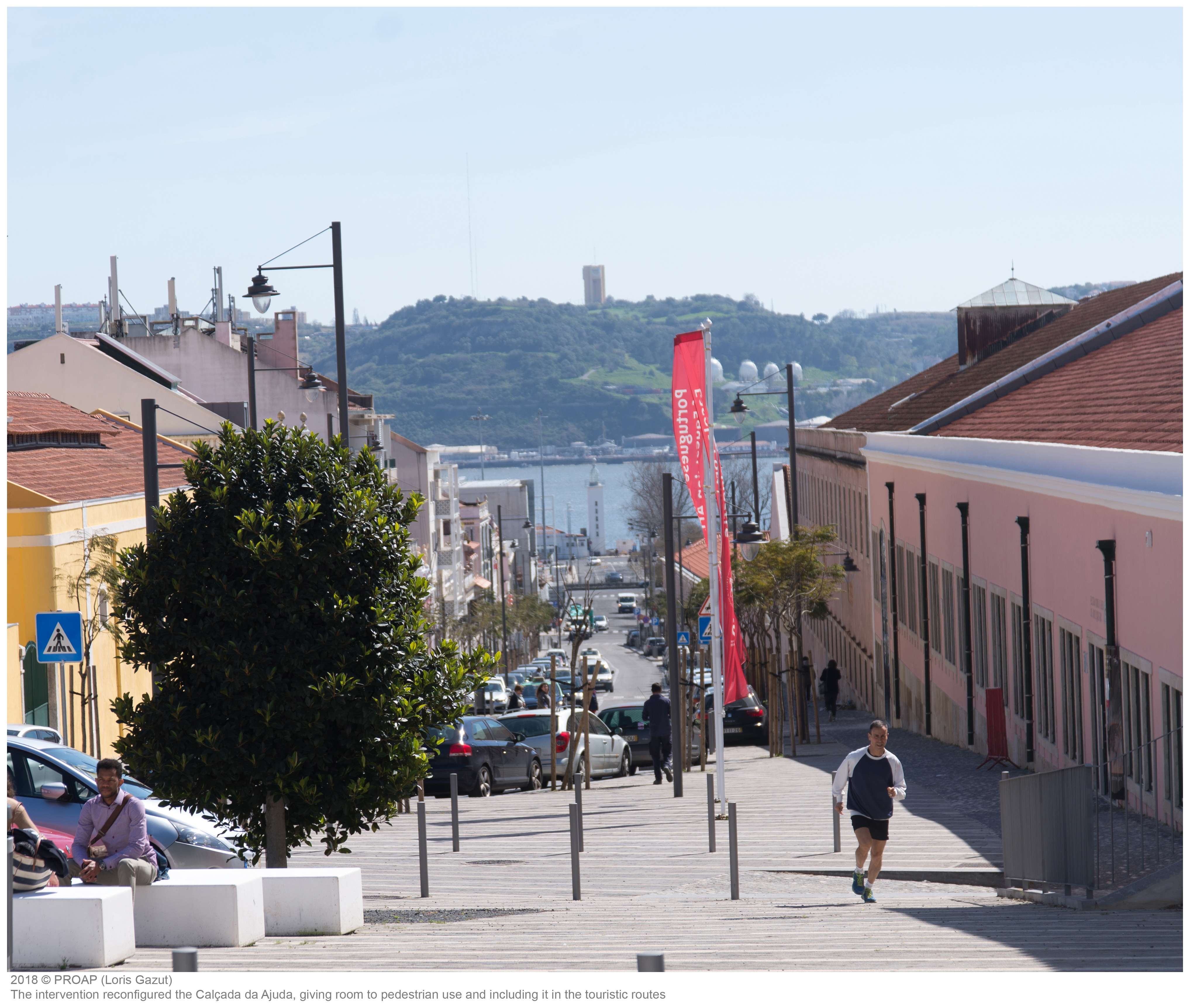 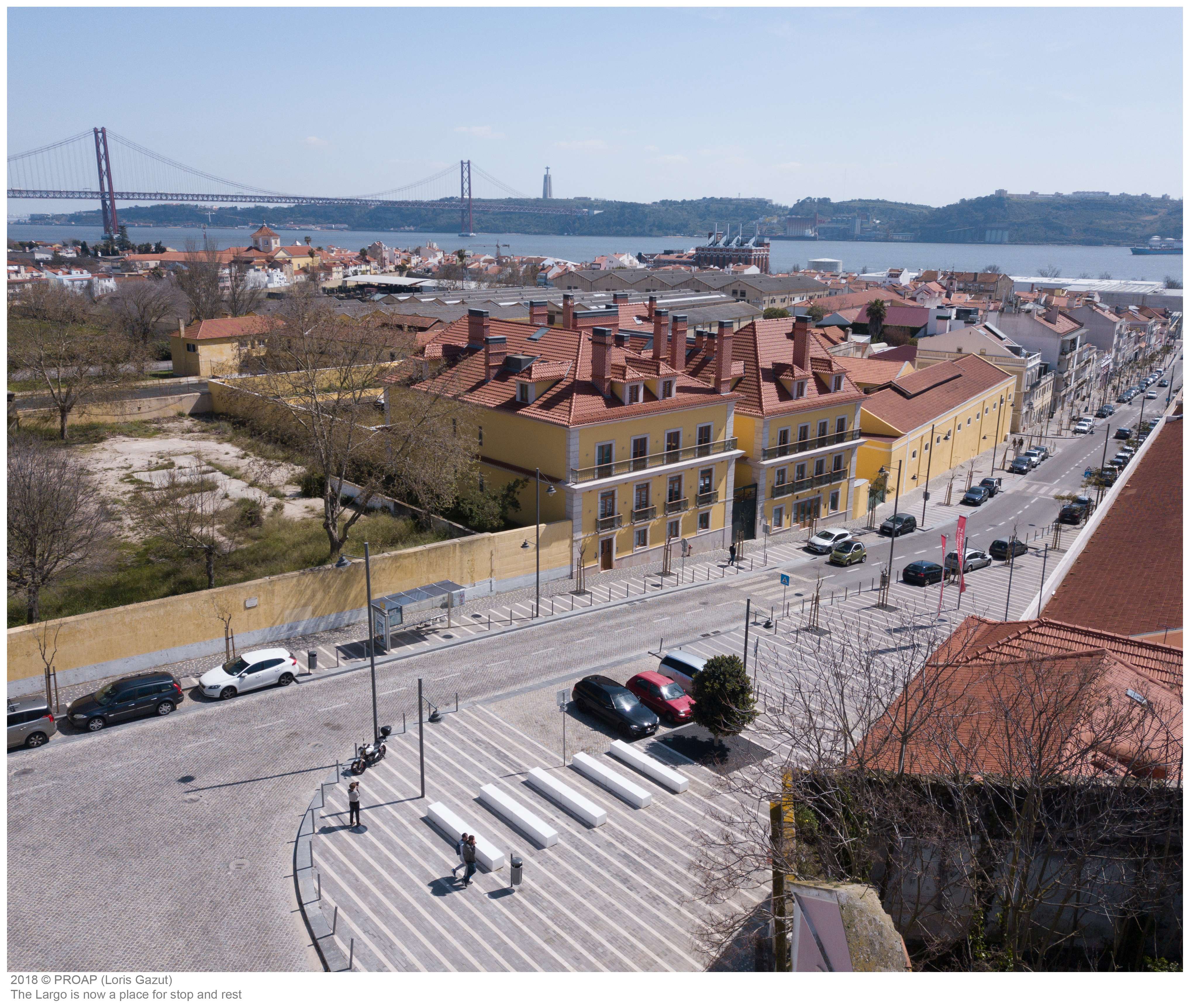 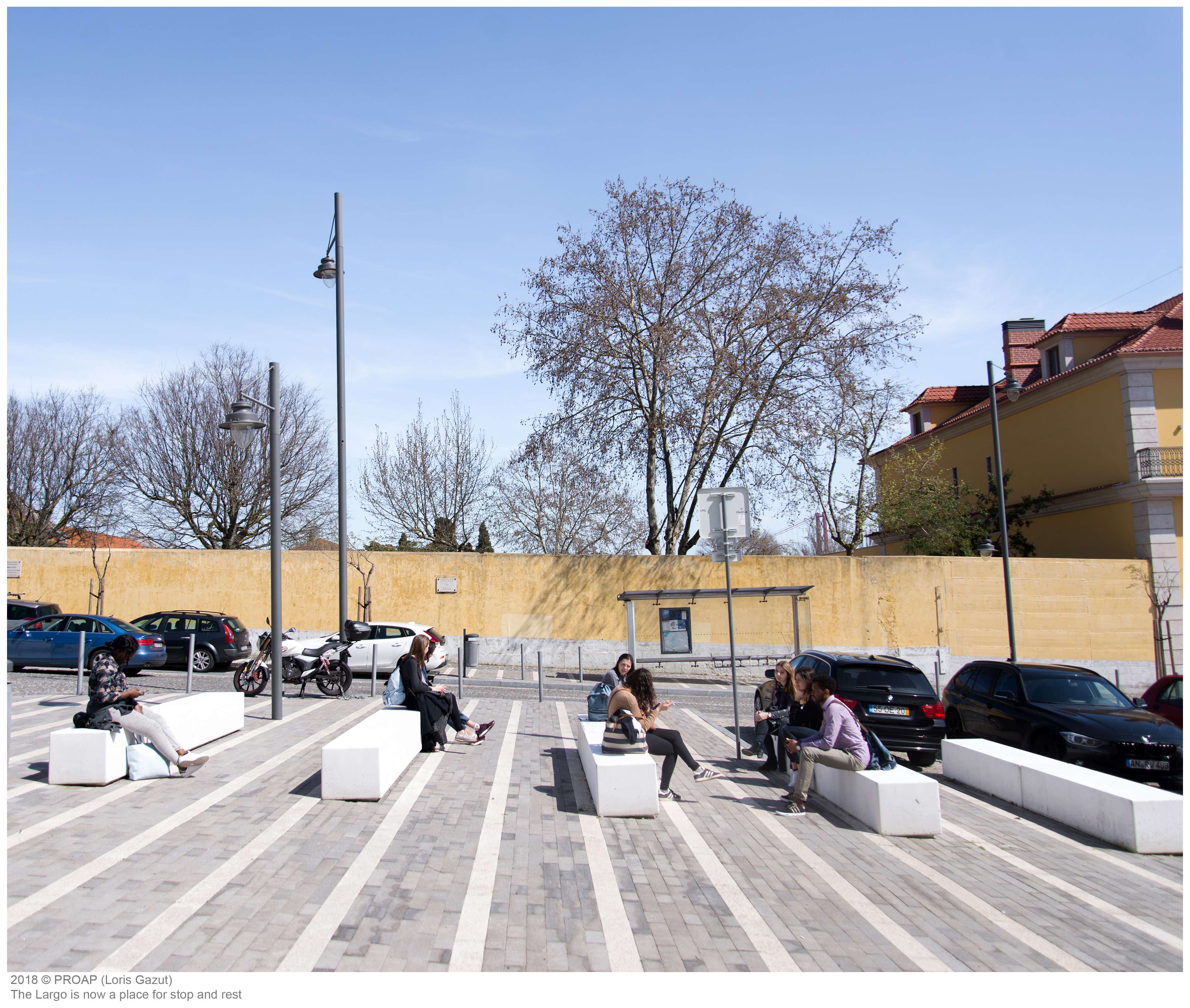 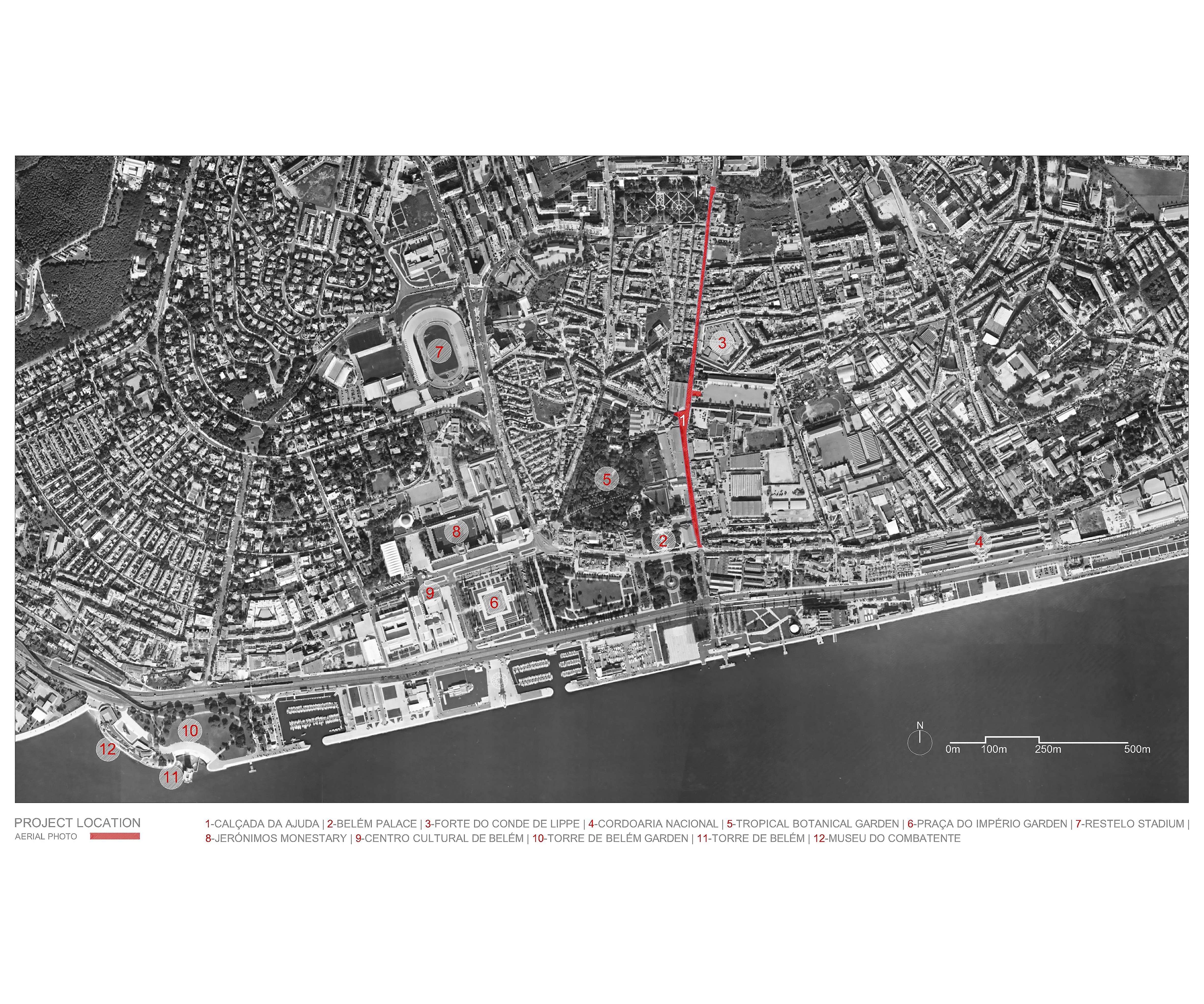 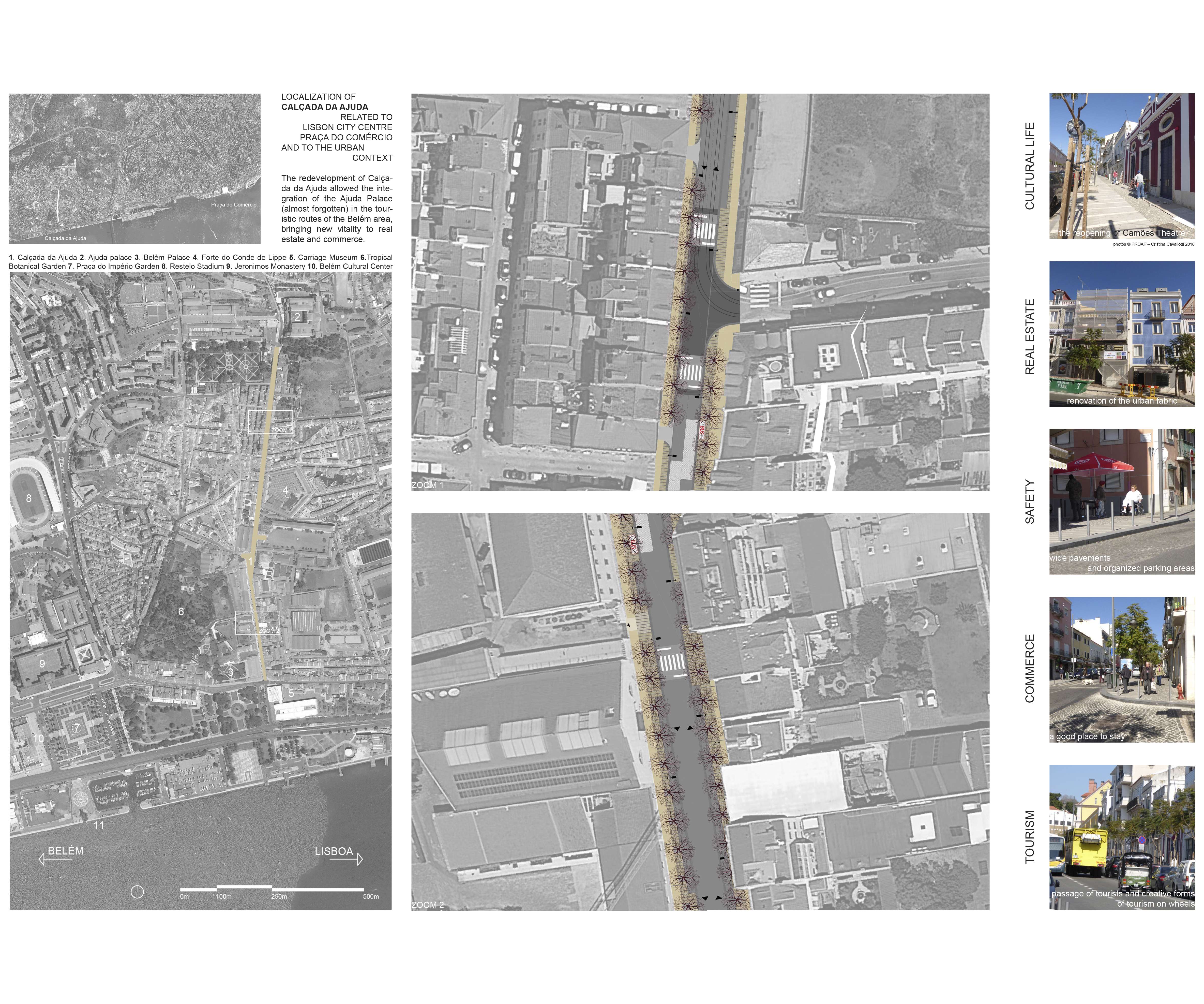 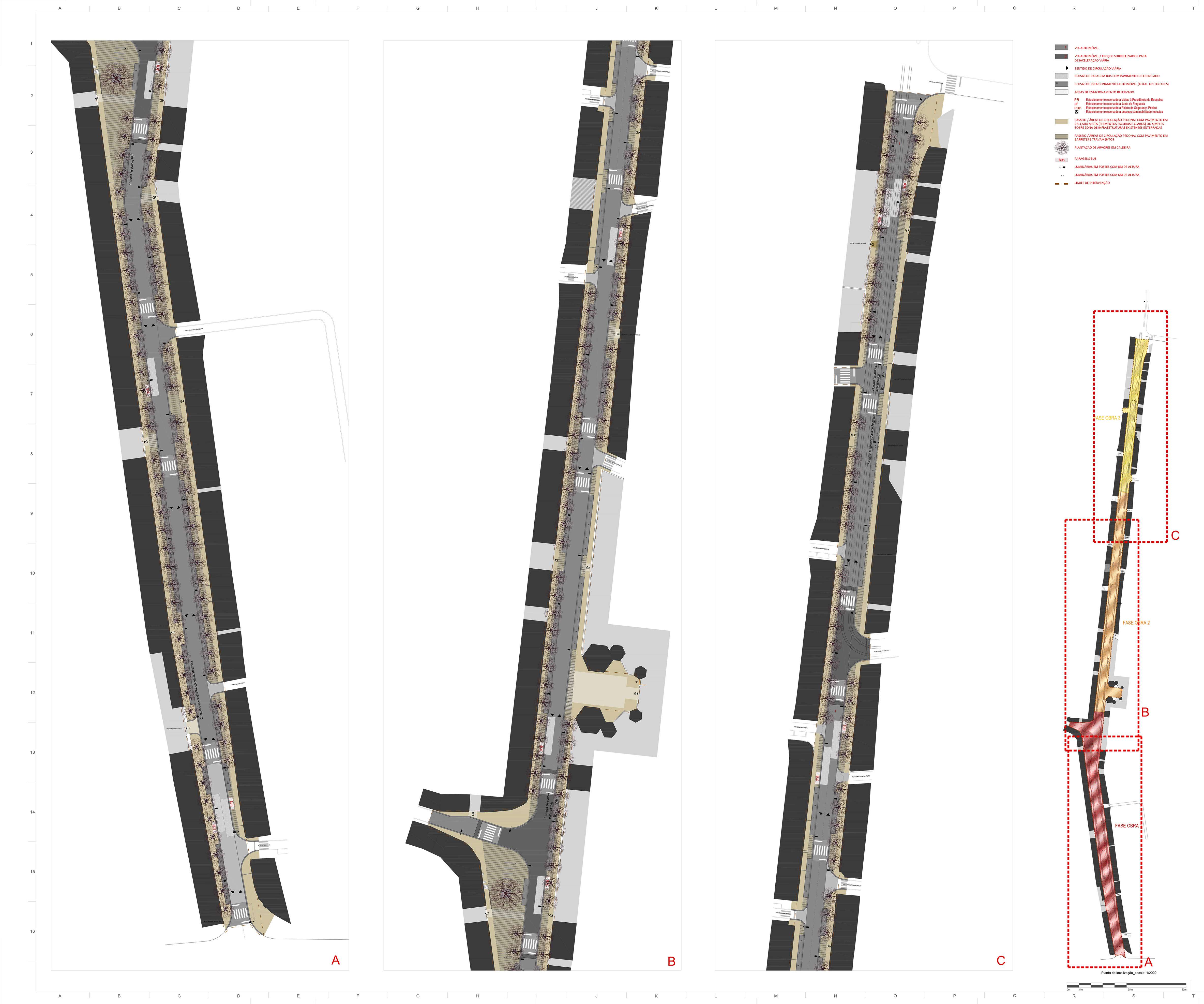 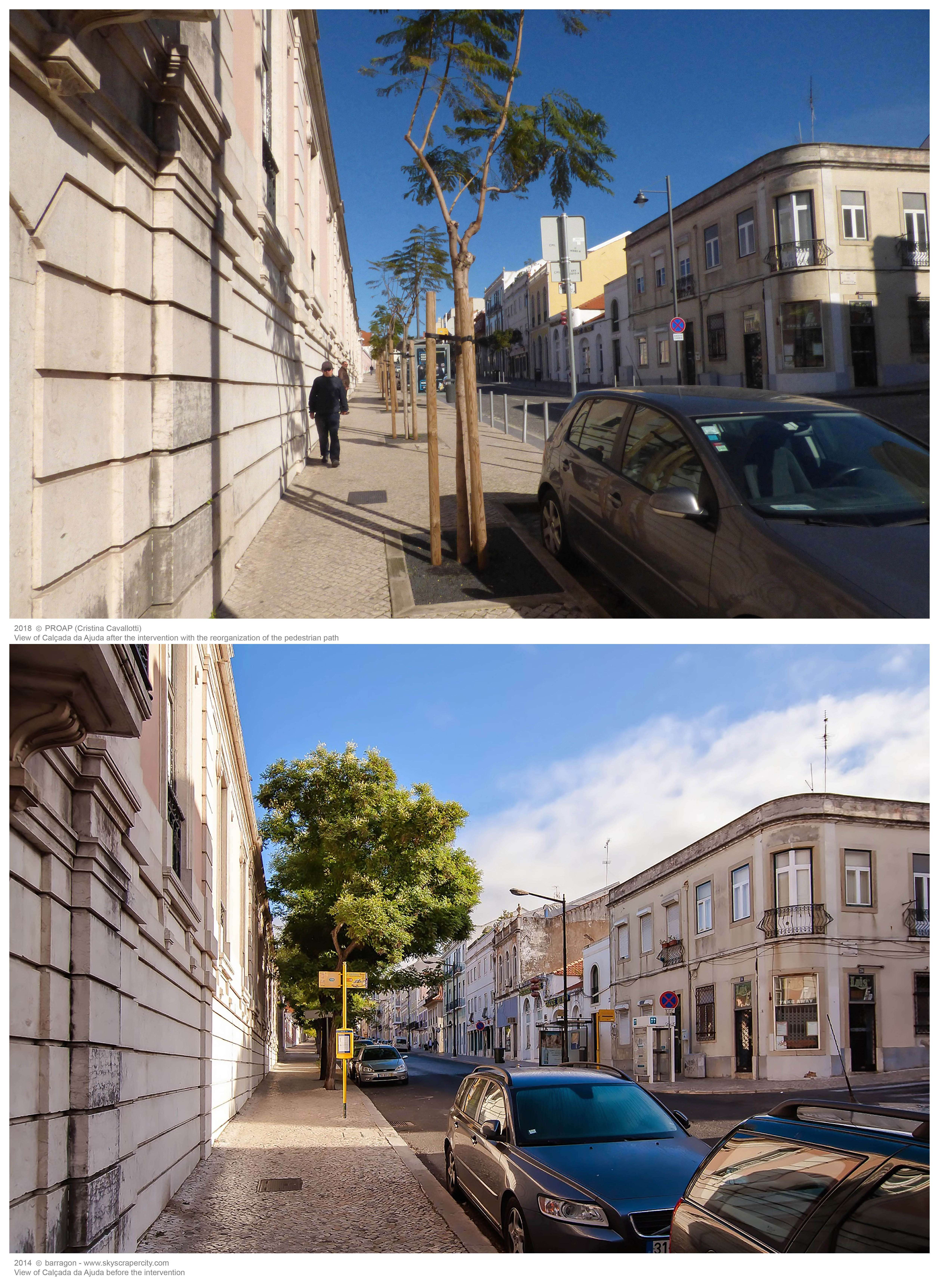 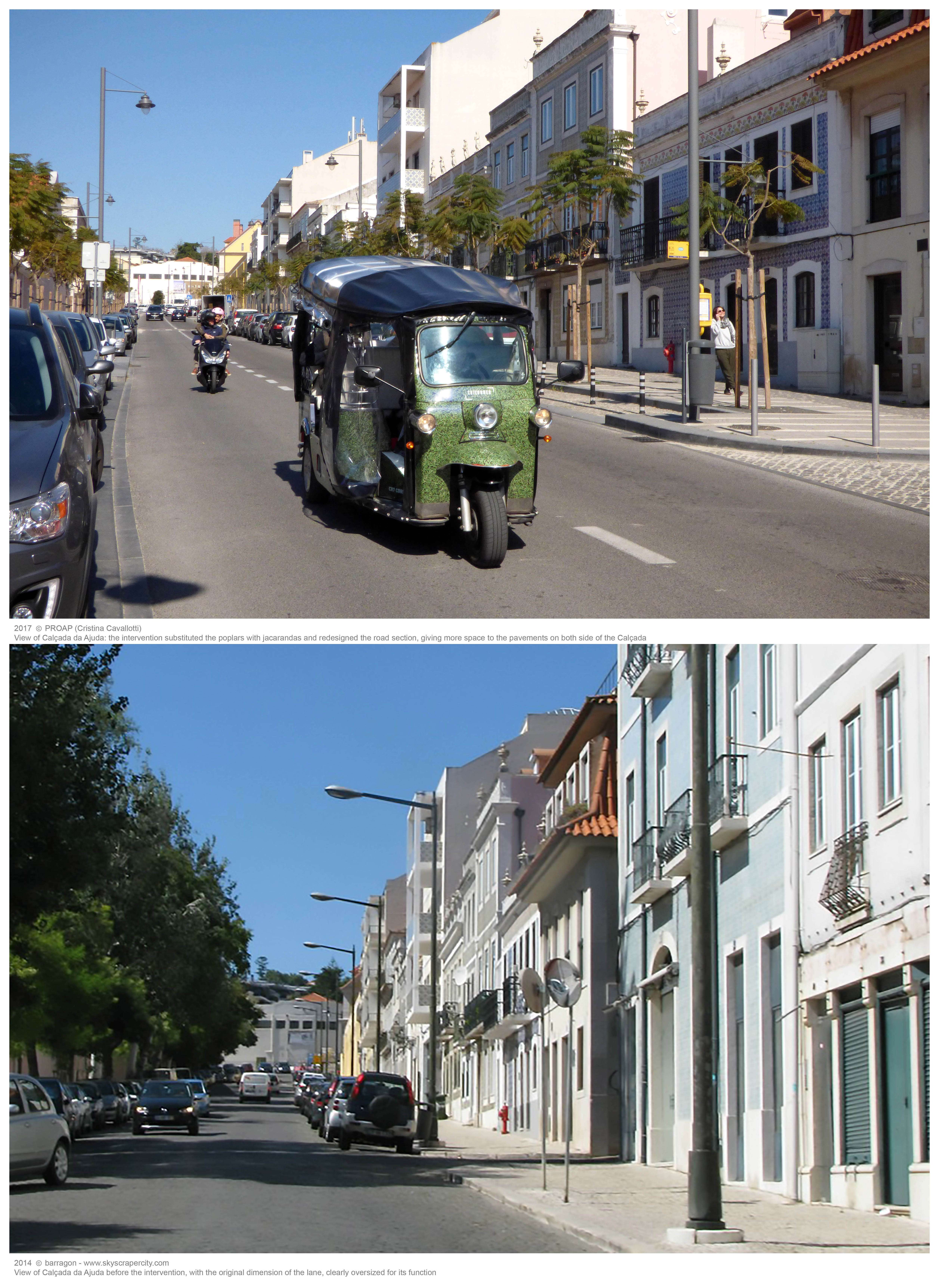 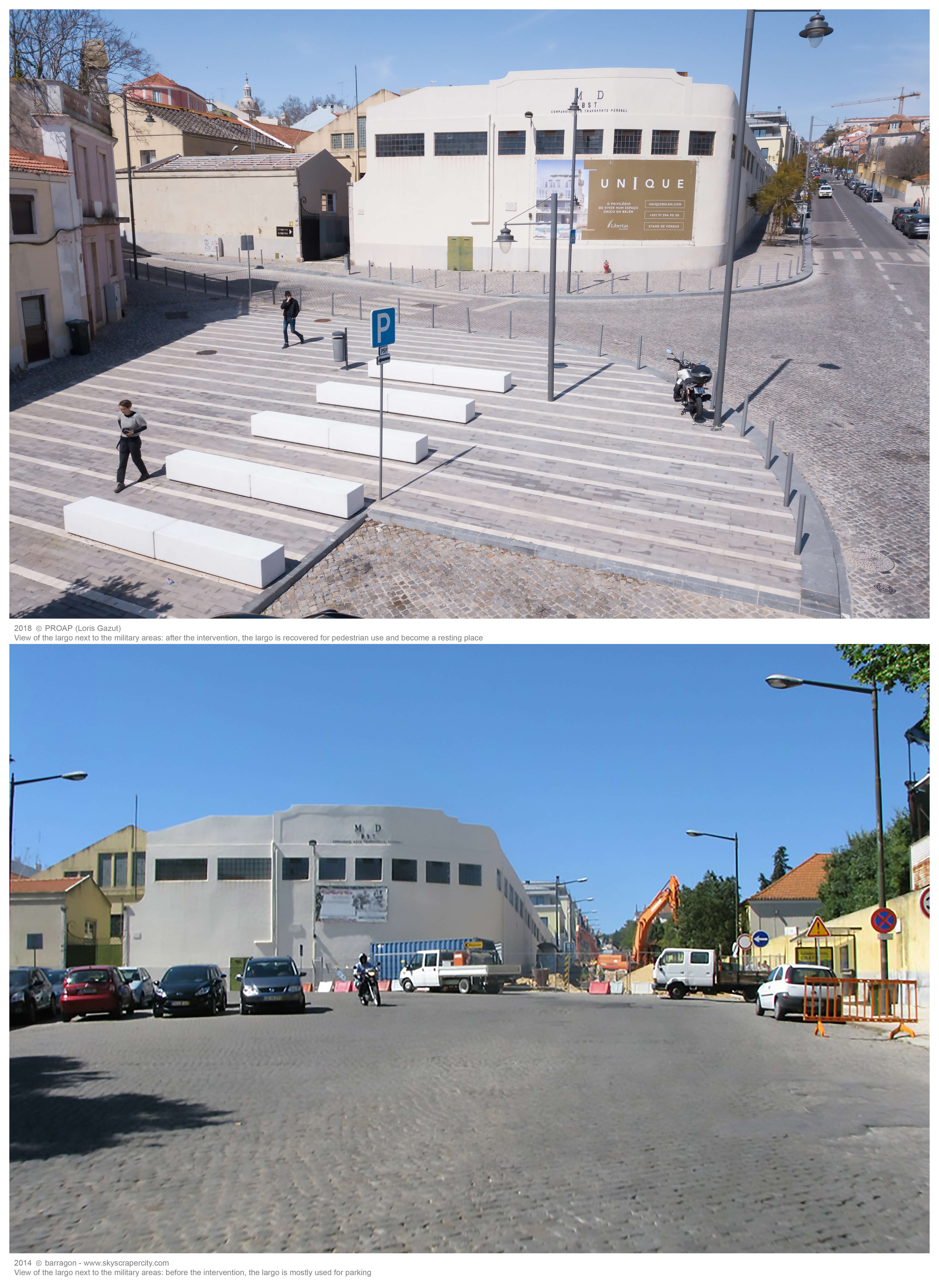 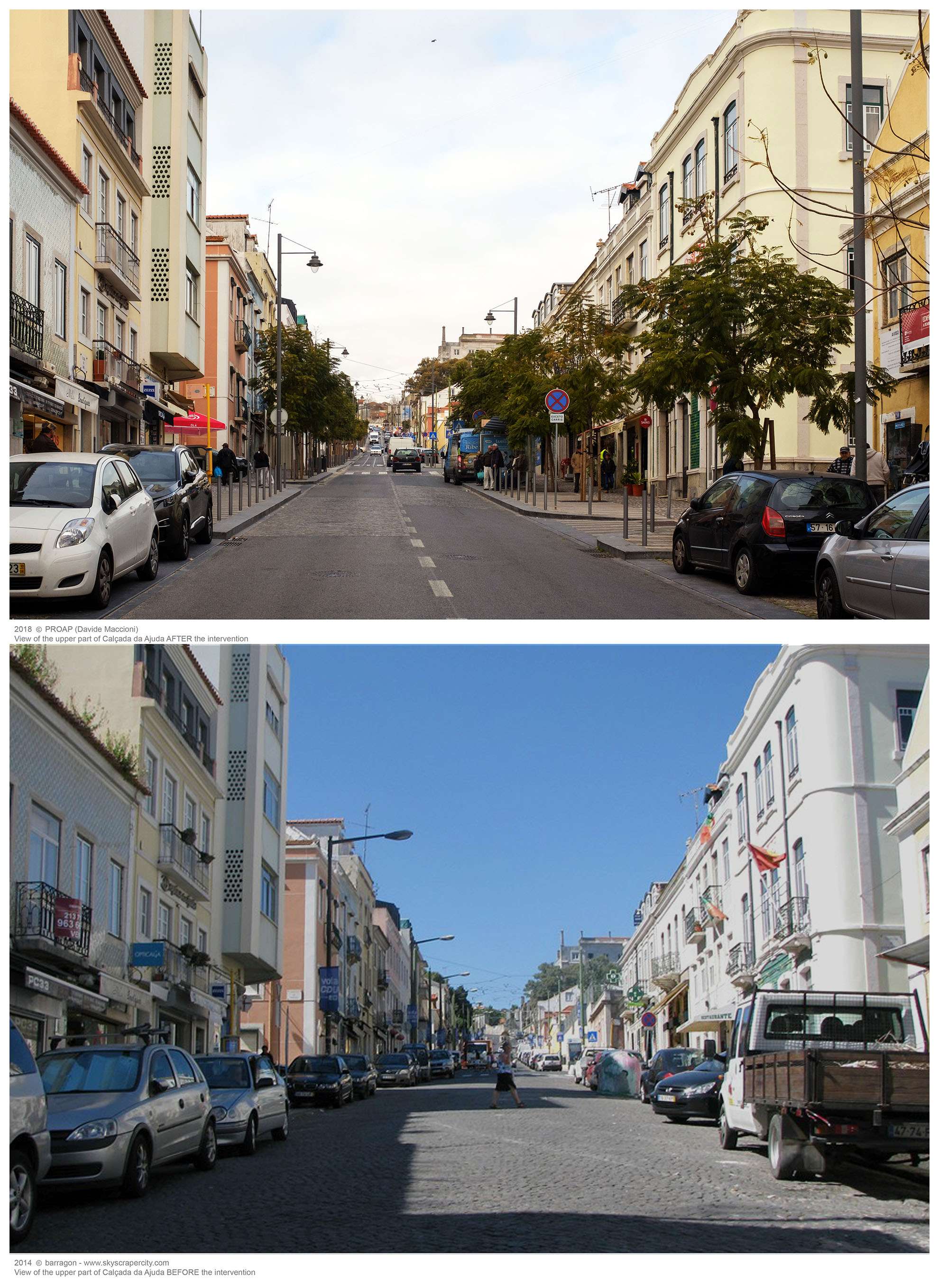 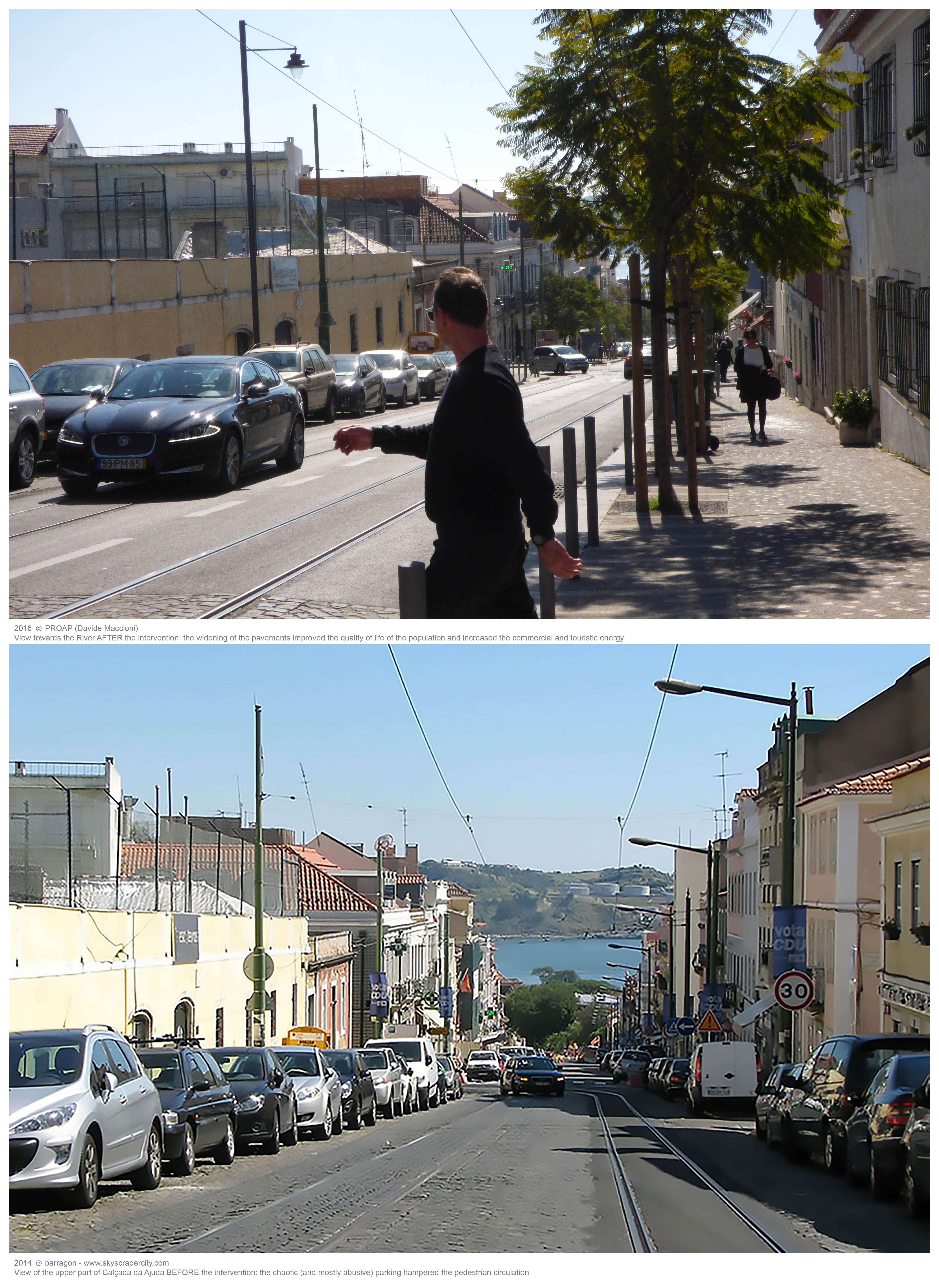 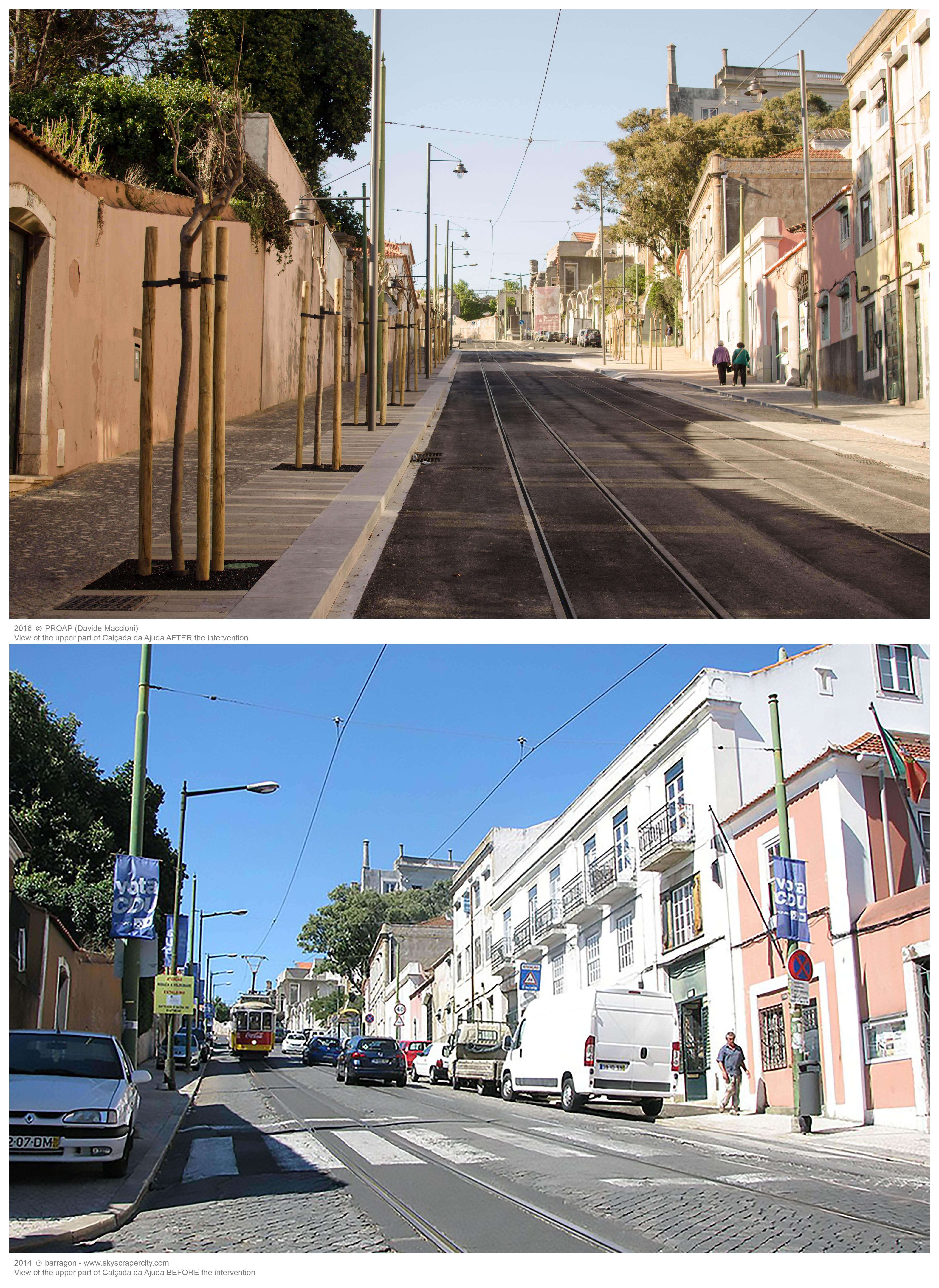 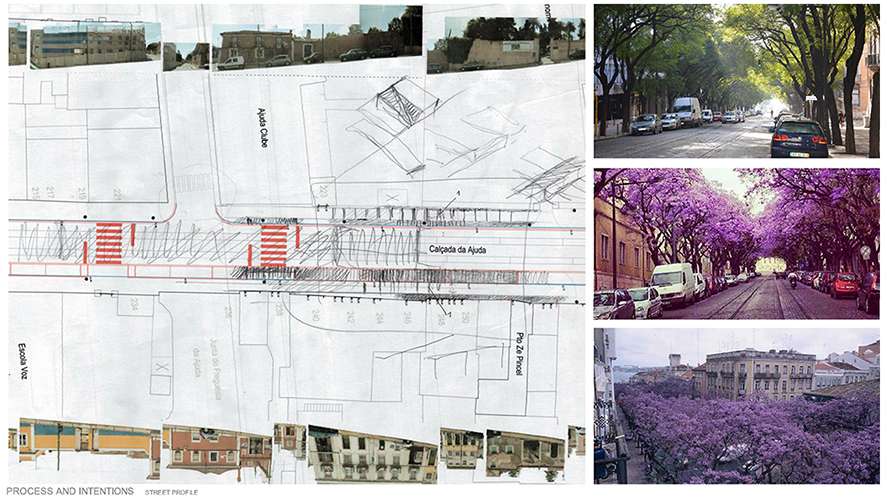 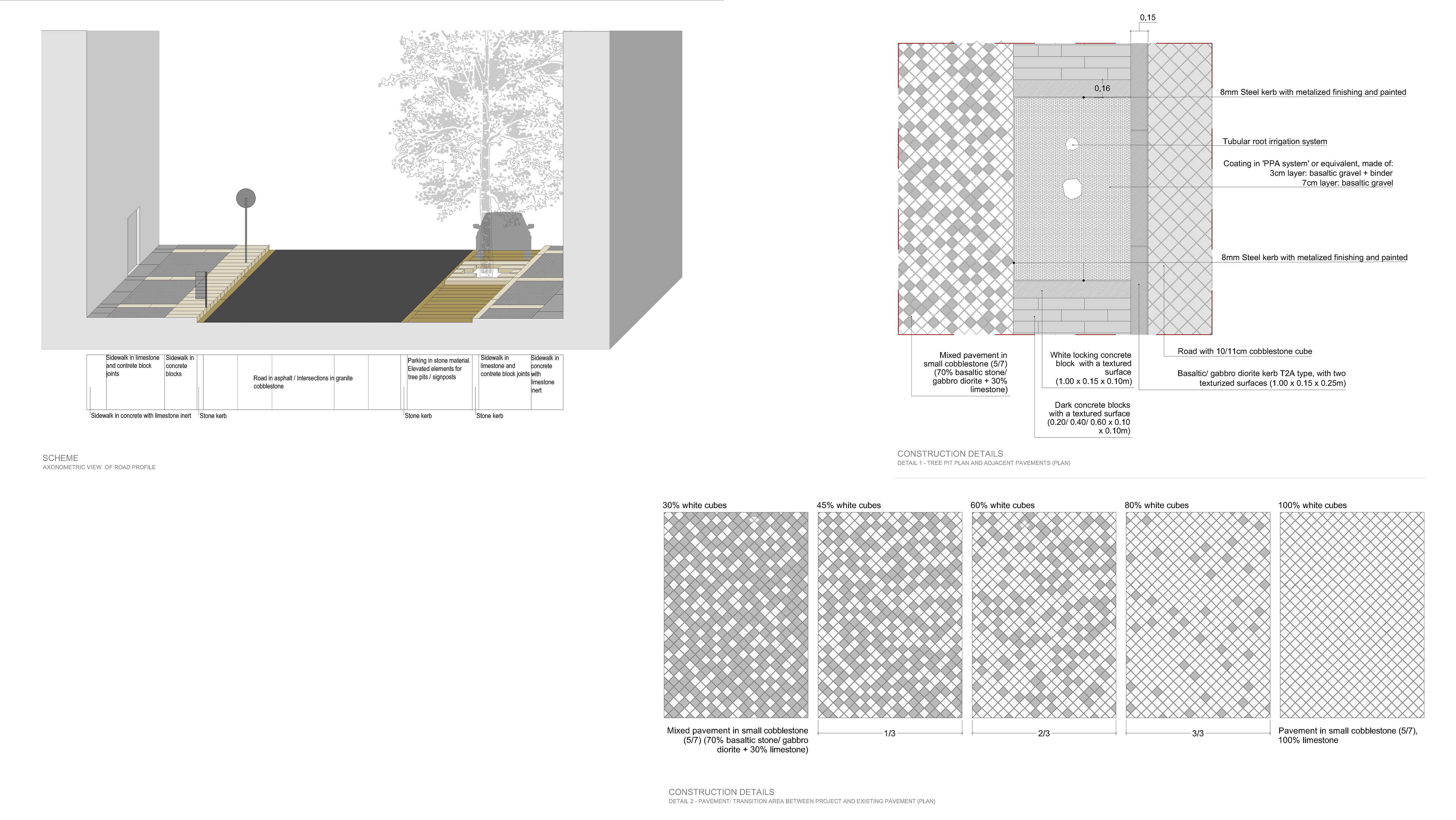 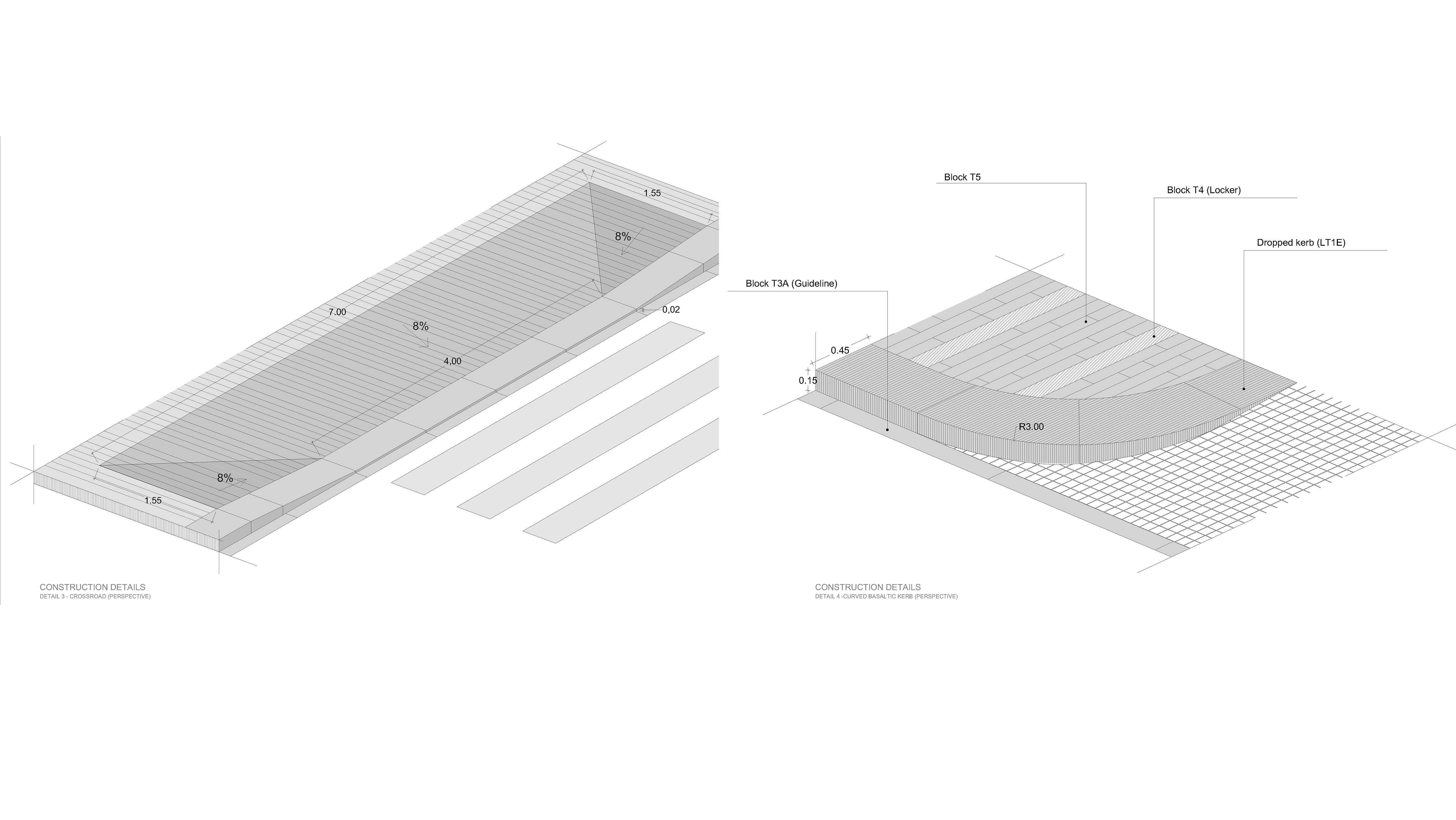 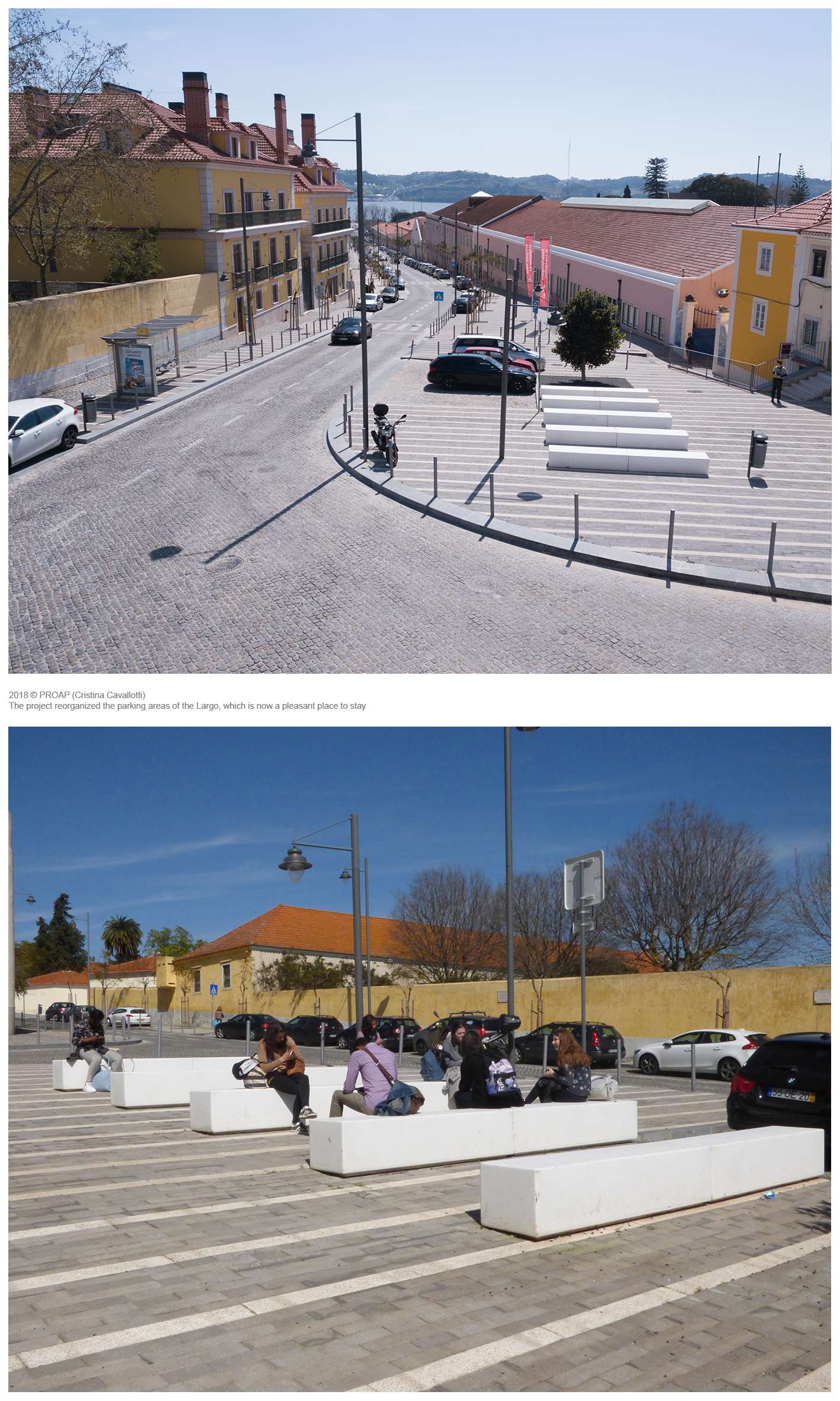 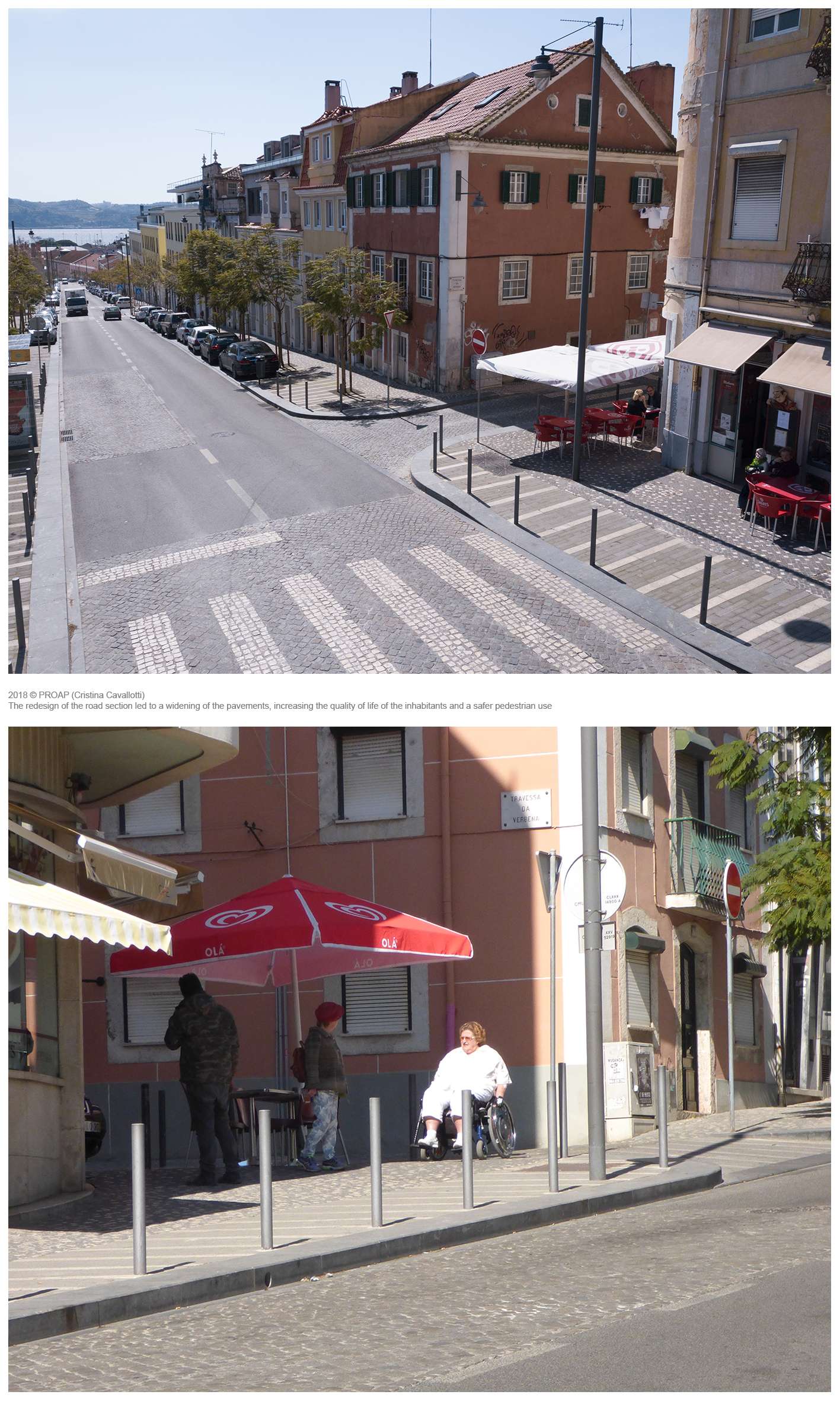 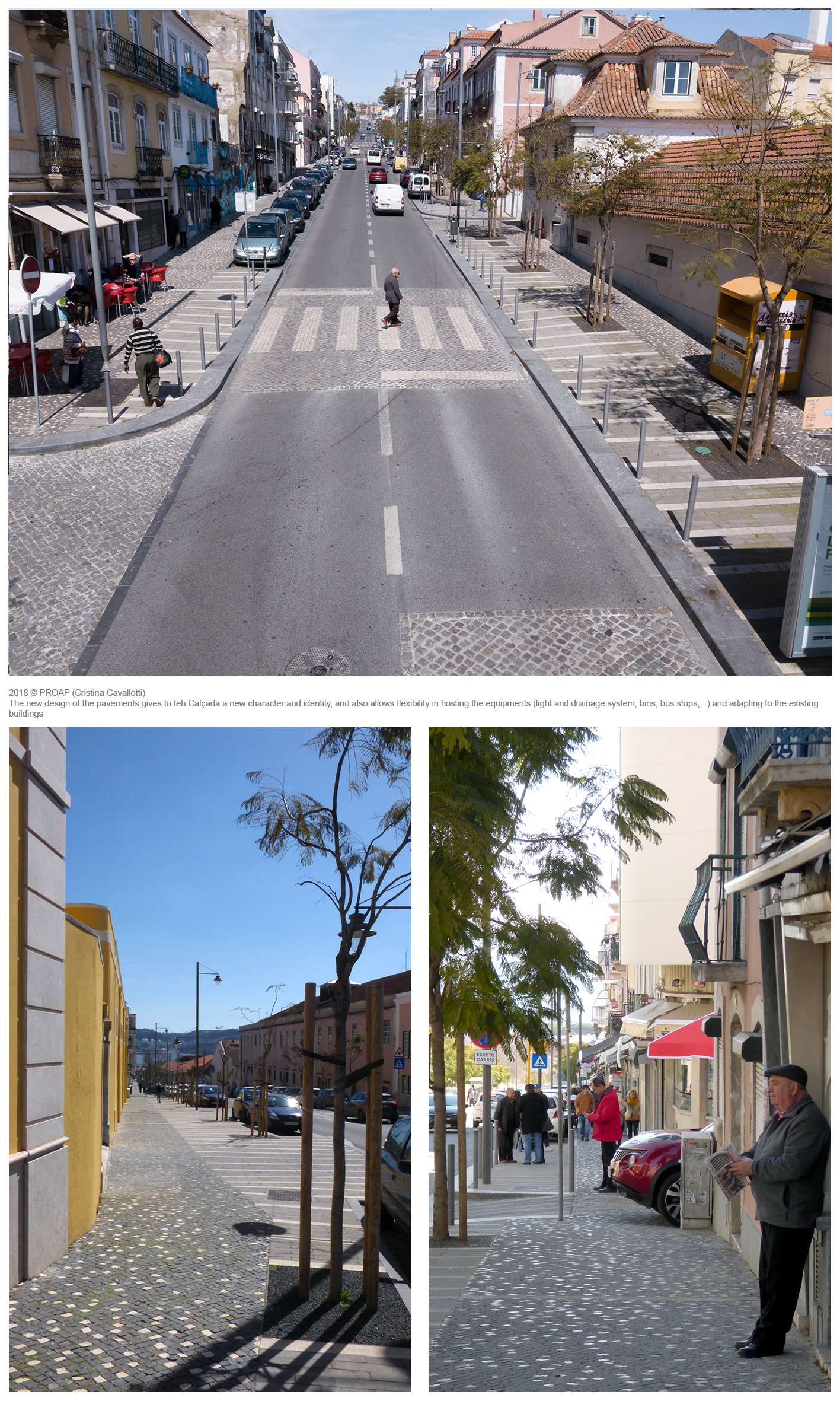 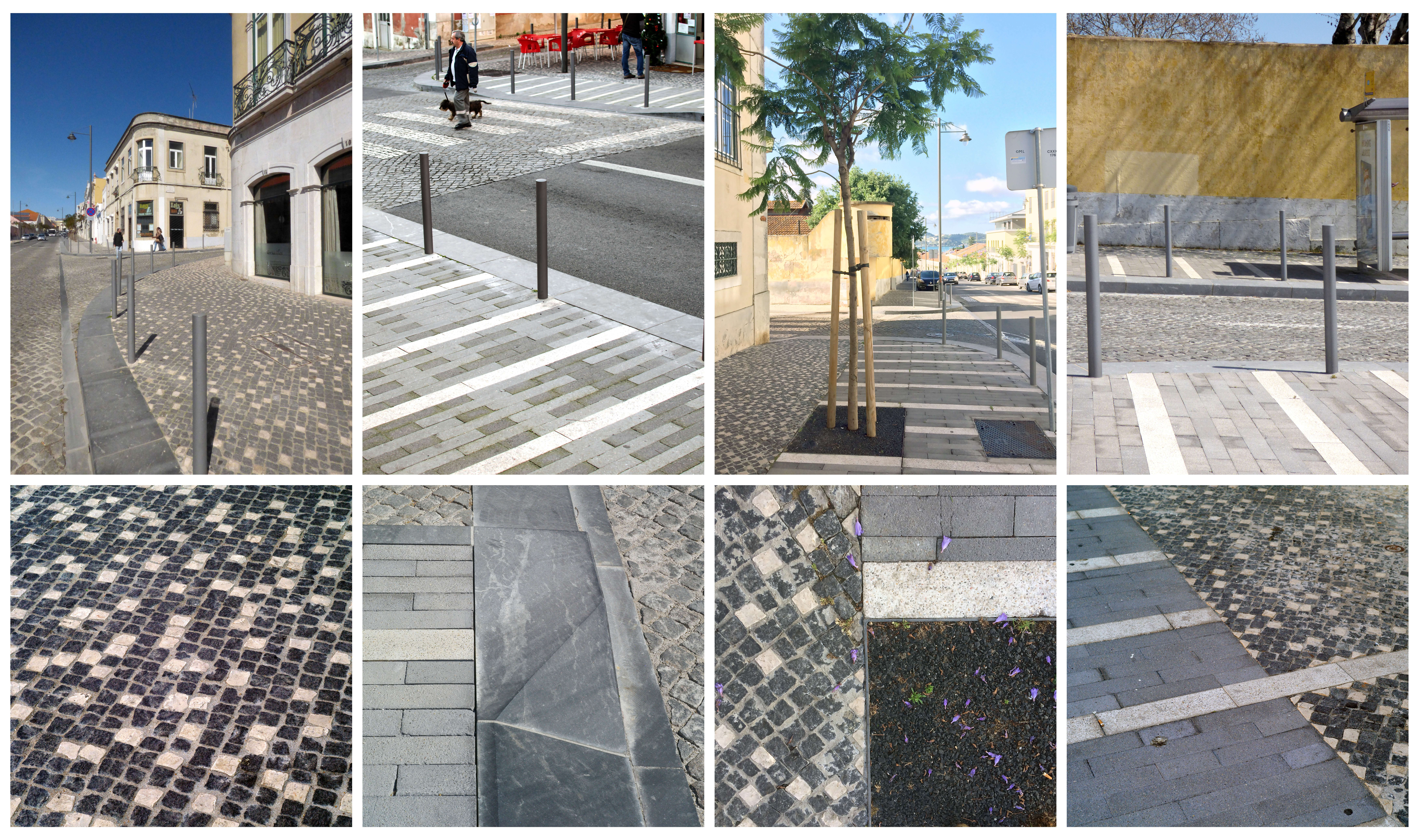 The Calçada da Ajuda establishes initially as a monumental access to the Ajuda Palace, a structure built in substitution of the wooden royal palace erected as a consequence of the decision to remove the royal residence from the vicinity of the river Tagus, after the catastrophic earthquake of 1755, which destroyed the city. As the Ajuda Palace was never finished (the existing construction is less than a half of the original project), it never had the power to evocate monumentality towards its context, and as a consequence the Calçada da Ajuda declined over the years, becoming a fragmented, incoherent artery, unable to attract people.

The massive use of the car eventually changed the image of the scenic setting in a chaotic set of elements where the car prevails and modifies the spatial perception; the complicated and undulating floor of the road caused abusive parking on the lane and on the pavements. The state of the street compromised its daily use and its touristic and commercial value as a preferential link between the area of Belém and the Ajuda complex.

The intervention in the main artery is seen as an opportunity to restore quality to the adjacent urban fabric.

The intervention was led by SRU Lisboa Oeste, a municipal urban rehabilitation company, with the aim of restore the public space of the whole context through the redevelopment of Calçada da Ajuda, connecting the monumental zone of Belém (at the lower level, a very popular touristic area that includes the most visited monuments of the city), to the Ajuda Palace area and the Ajuda Botanical garden (at the top of the hill). The promoter believed that through the increase of the coherence of the public space it would be possible to promote the attractiveness of the higher level.

To this end, the project should assign the Calçada a character of great identity, rescuing it from a fragmented and functionalist existence, designed only in function of the resolution of the different problems of accessibility to the different spaces (mostly military), to encourage the pedestrian use.

Starting in 2014, several public sessions open to the participation of the population and residents were held. Although at first it encountered some resistance, the proposal was finally welcomed as the benefits in terms of safety, quality of life, increase of the touristic and commercial value are evident.

A new design was developed to redefine the Calçada da Ajuda: by regulating the road section with a reduction of the space used by cars to the minimum necessary for the transit, the new design achieves pleasant conditions so that the pedestrian connection between the lower level and the higher level can effectively function as an attractive and recreative route.

The vegetation used for the pavement planting is a fundamental accomplice in this operation: the Jacaranda tree (brought to Europe for the first time for acclimatization precisely to Ajuda) develops, in Lisbon, a monumental flowering in May/June capable of building an imaginary of great identity.

The irregularities and the disorganization of the original elements of the road section are overcome through a variable geometry, which at the same time allows flexibility and clarity in the composition of the elements. A system of concrete white bars defines the parking spaces and the trees area. The small blocks of black stone (diorite) introduce a texture that contrasts with the white bars, livening up the perceptive image of the pavement and serving as a background to the fall of the Jacarandas flowers.

This project corresponds to the materialization and demonstration that the public space constitutes a strategic and operative instrument fundamental for the development of the city; it’s decisive for the construction of an imaginary of the city; it’s the main constructor of the relations between the parts, between the places of a city and, thus , of the essential definition of its structure.

The project has fully fulfilled its ambitions and today Calçada da Ajuda is already a completely integrated path in the pedestrian routes of Lisbon, and is also a fundamental passage for all the diverse and creative forms of tourism on wheels that the city has been developing (Tuc-tucs, tourist buses, trams). The visits of the palace and of the botanical garden have increased vertiginously and commerce has seen an extraordinary growth of its business. The value of the square meter for housing, offices or commerce has multiplied by a factor that far exceeds the average of the tourist areas of City.

Public space is fundamental for the city as an instrument of implementation of spatial relationships between single and discrete places, and its importance in being able to build a city is demonstrated.