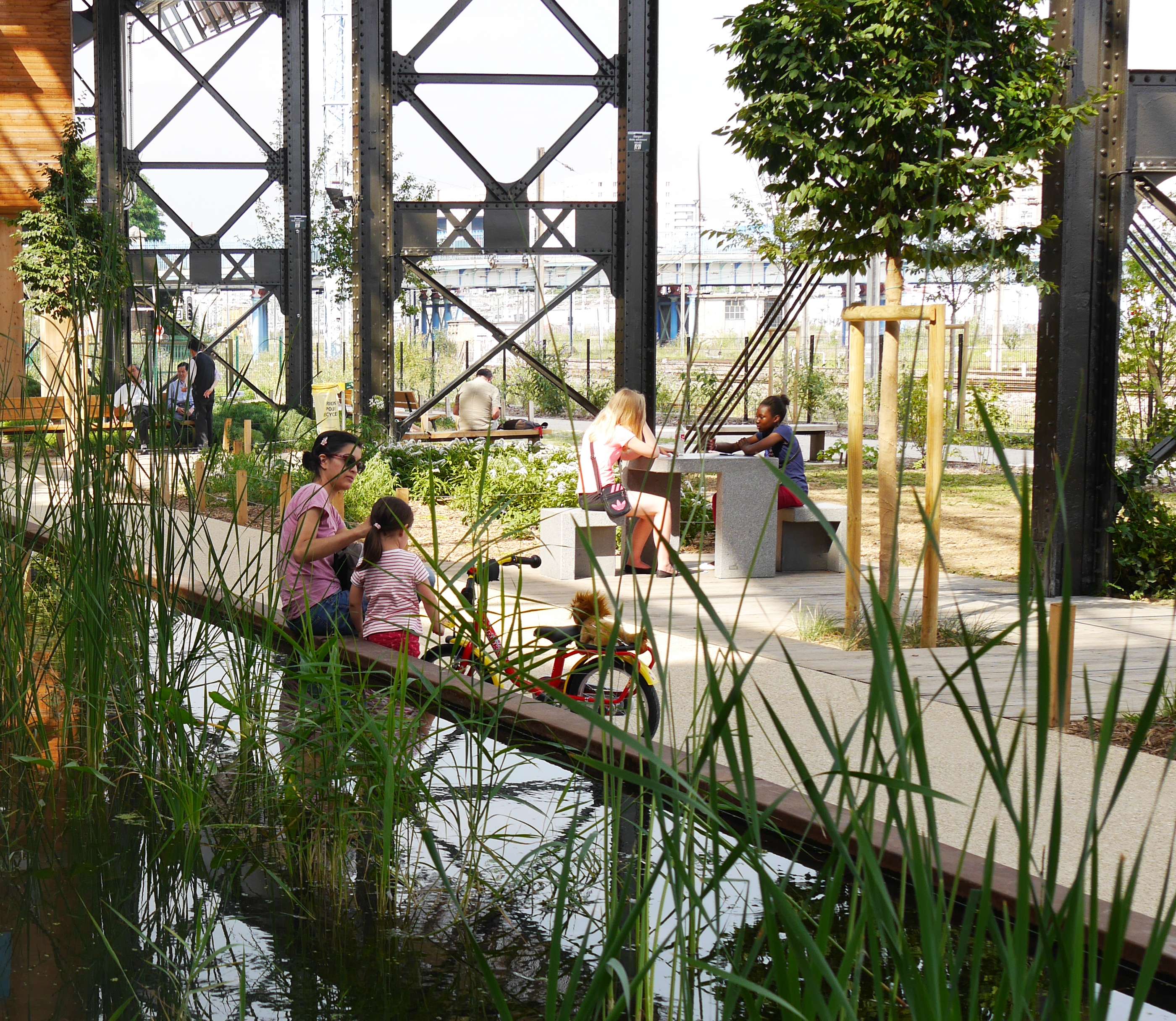 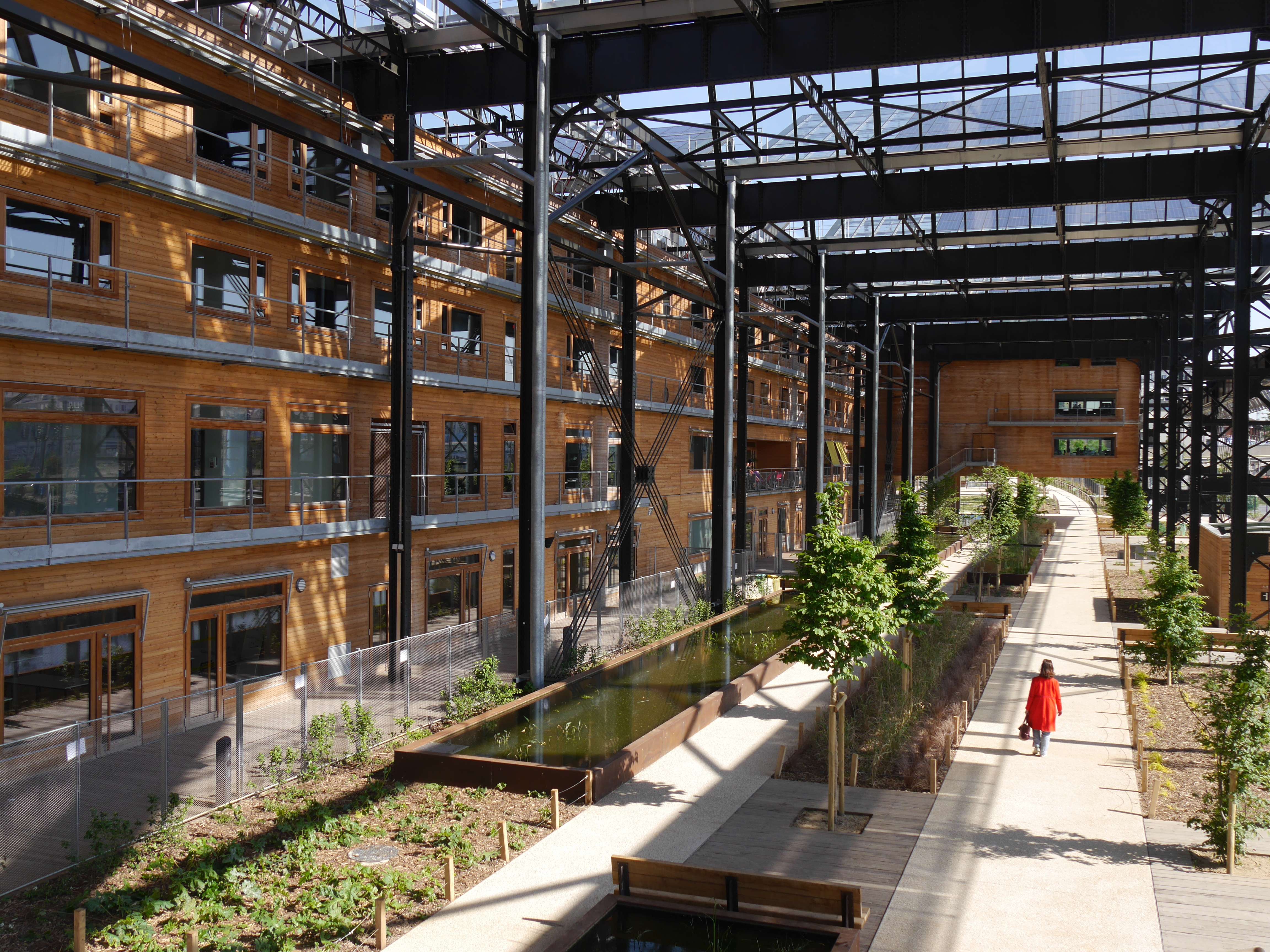 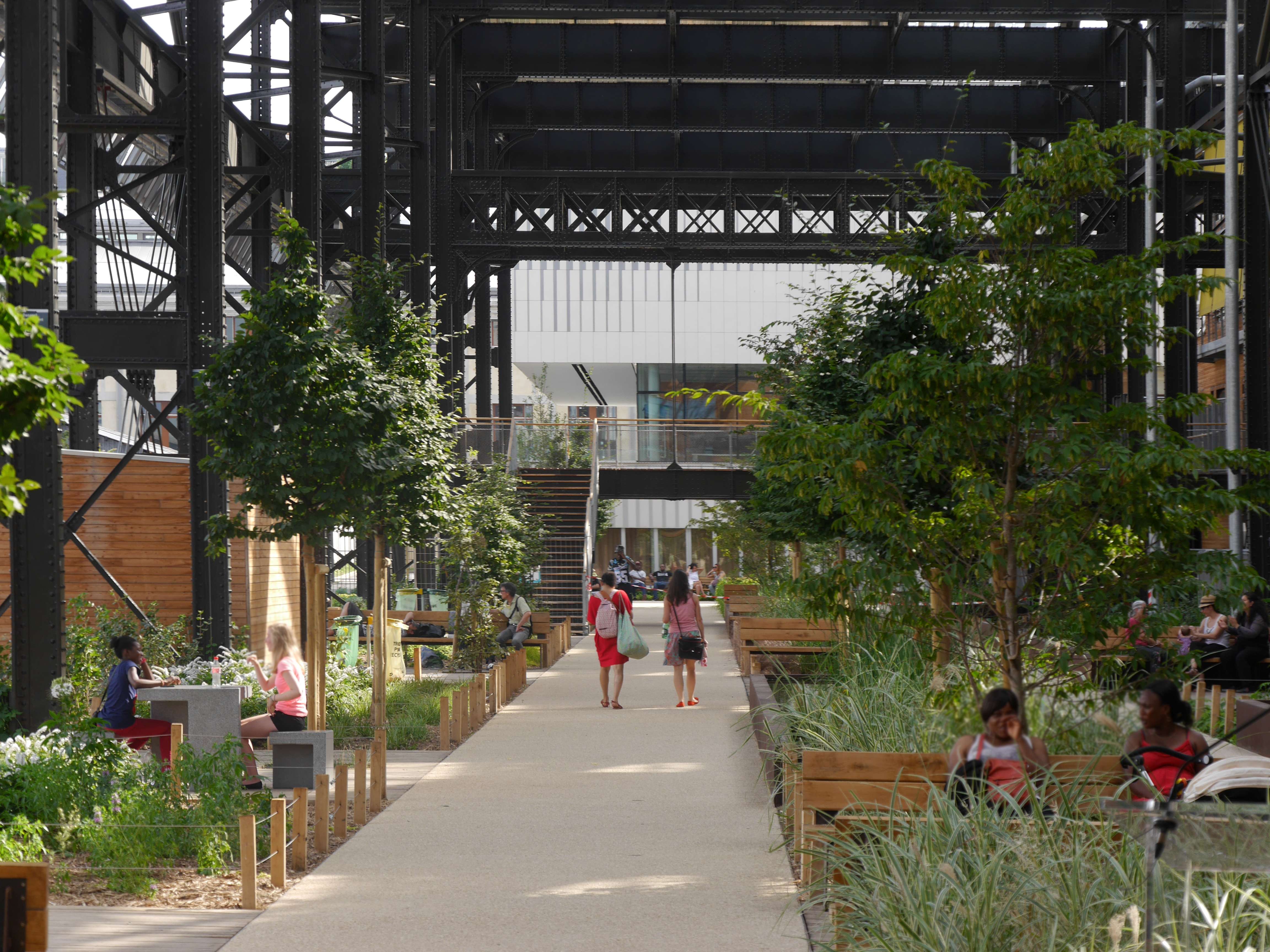 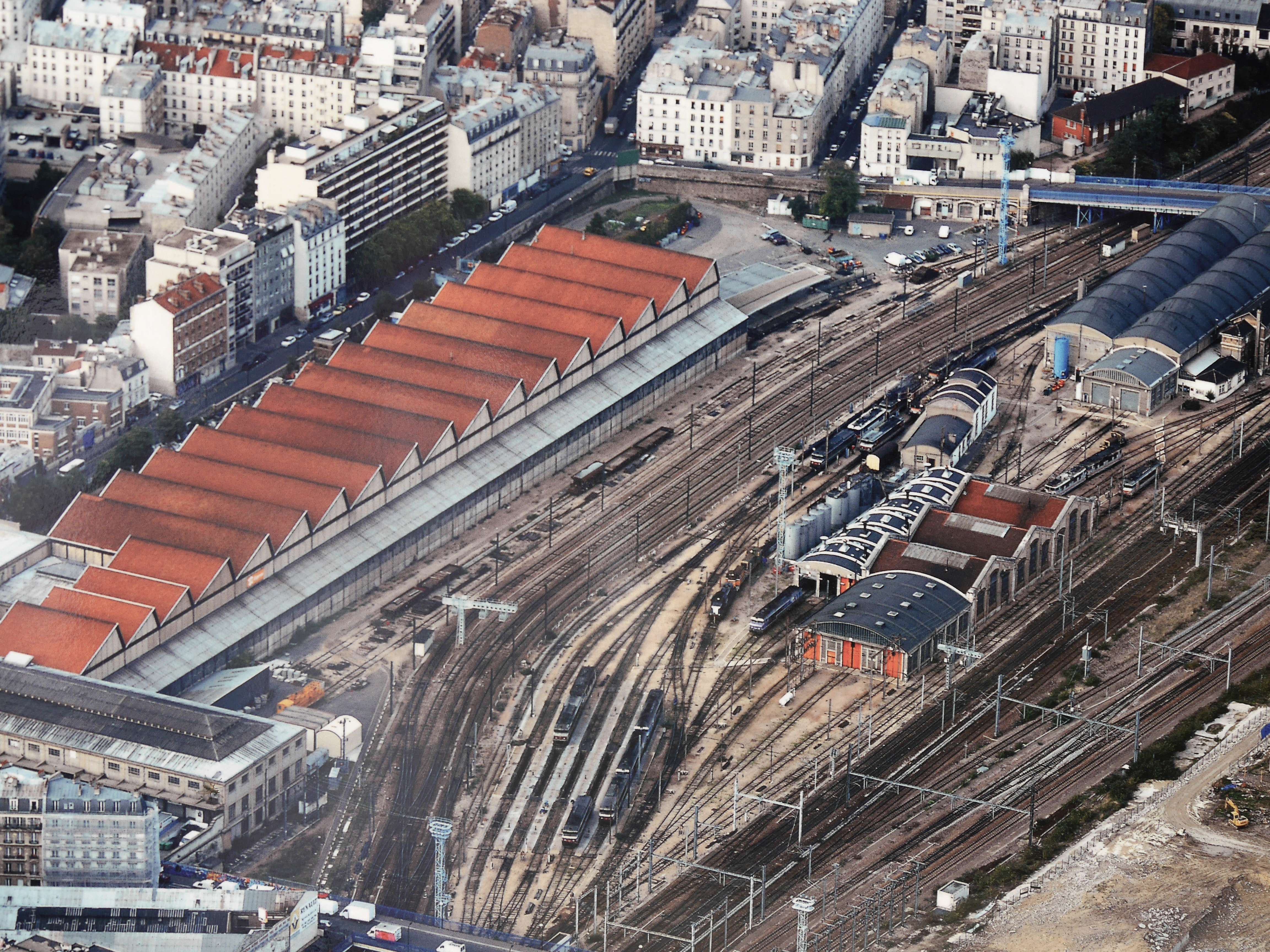 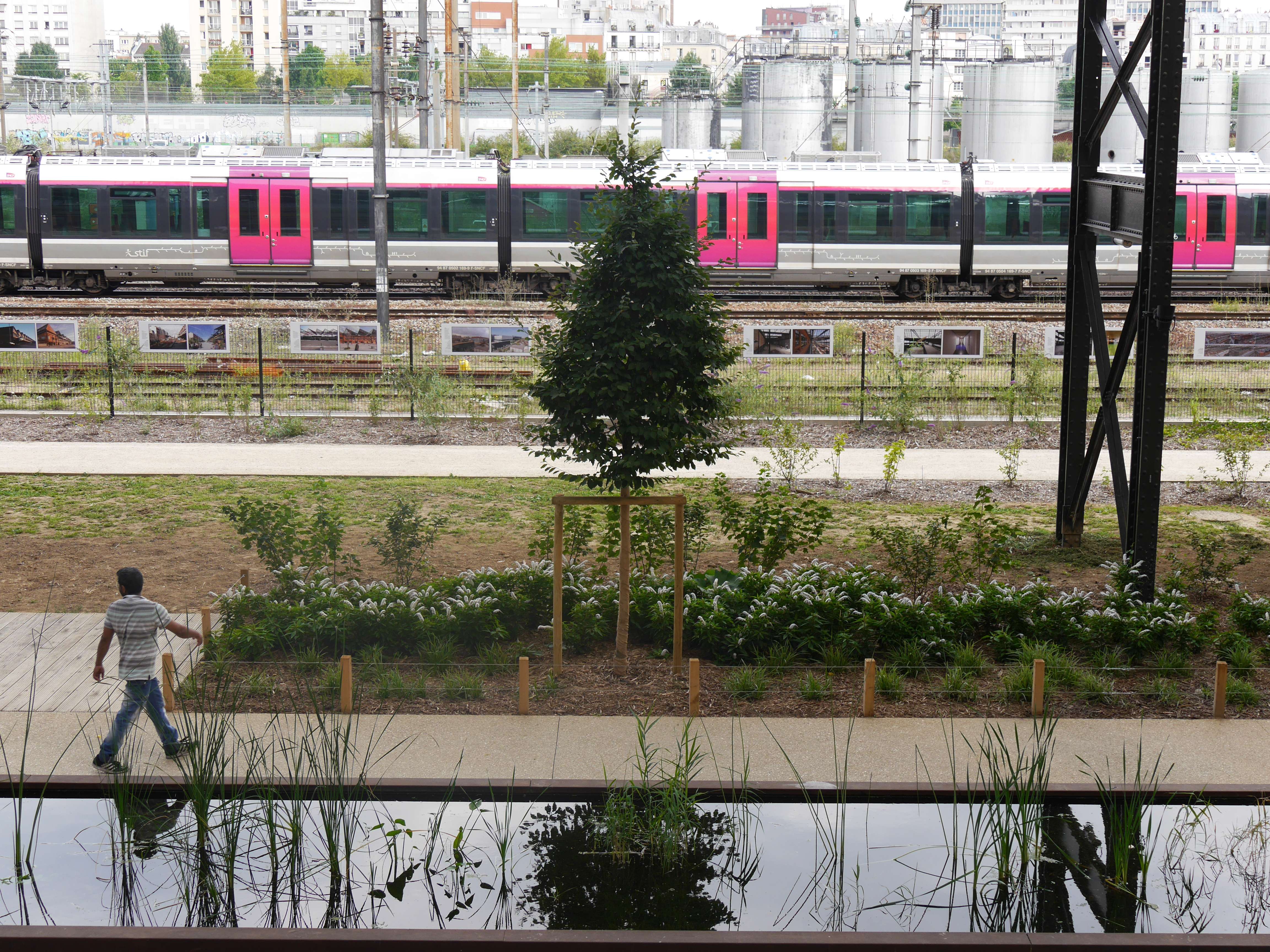 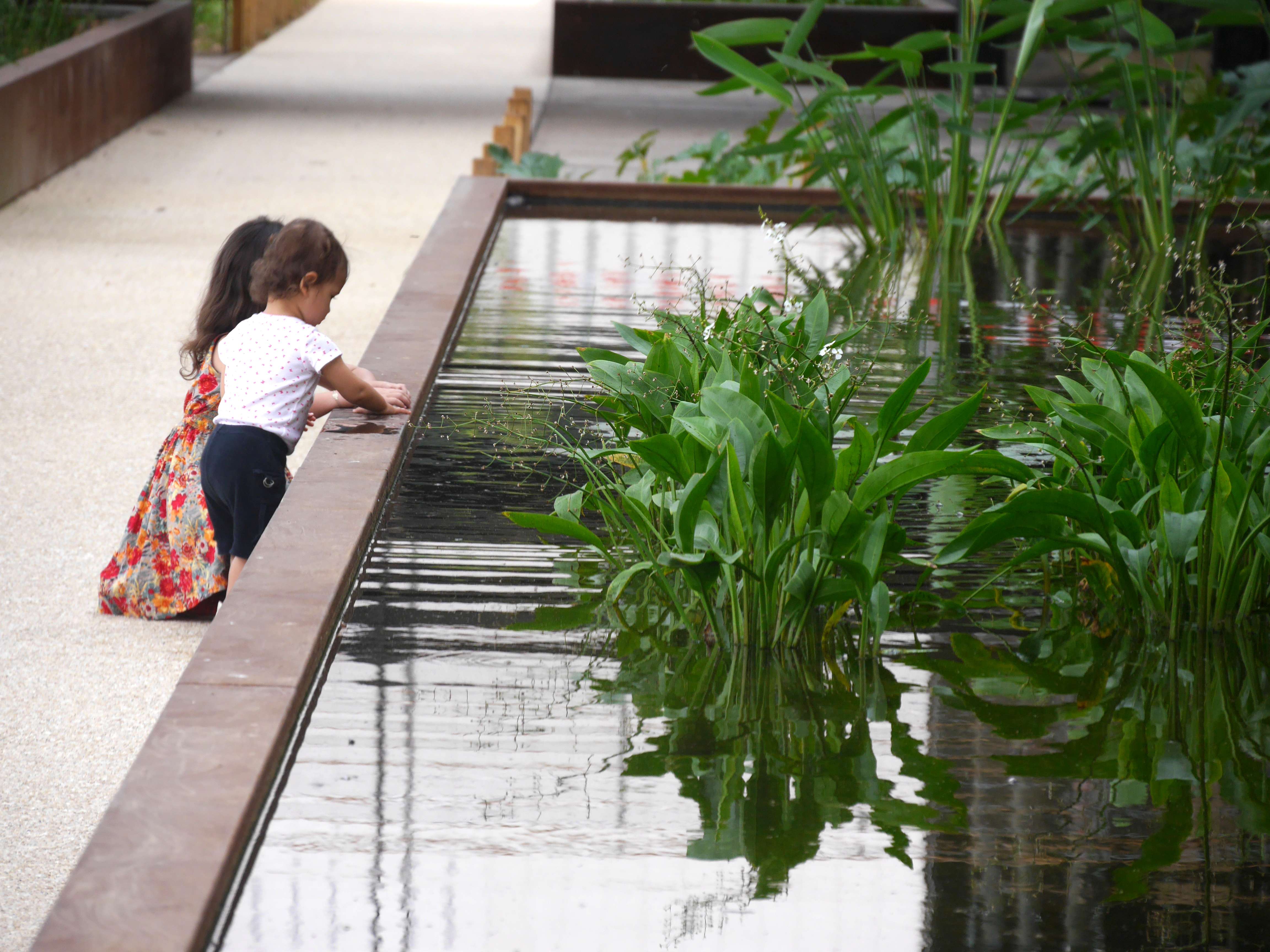 A public railroad space, both opened and covered, for the Pajol Market Hall

In Paris, all along the railroad tracks of the Gare de l’Est and inside the old market hall of the Halle Pajol, the Rosa Luxemburg Garden stretches from north to south. The long train track outlines a continuous route that encompasses a covered garden under the Halle and an open garden in contact with the streets of the neighbourhood.

The open garden develops to the north of the Halle, restored by Françoise-Hélène Jourda (youth hostel, services, businesses and municipal library). Tiered terraces host rows of seats, grassy surfaces and a play area. A grove of Scots pine punctuate each of these landings while a border of ash trees accompanies the principal path. This long walkway mimics a “railroad” that slides smoothly under the Halle and the library.

To the south, the covered garden, shade garden and white garden, unfold under the vast metallic framework of the Halle, transformed into a photovoltaic power plant. The alleys, flanked with perennial flowerbeds and ground cover as well as longitudinal ponds, follow the traces of the old railroad tracks. The planted areas are watered by rain collected on the rooftop and stored in pools that become aquatic gardens. Ground cover plants, ferns, bushes, grasses, climbing plants and shrubs form a milieu and an atmosphere of forest undergrowth within the shade of the vast industrial structure. It is a calm and peaceful oasis of vegetation that abuts the Gare de l’Est. Two parcels of shared gardens spread out on the edge of this landscape like theatre wings. These two foregrounds open on the unobstructed horizon of the Gare de l’Est and on the band of railroad tracks enlivened by the coloured trains that amblers watch as they pass by.