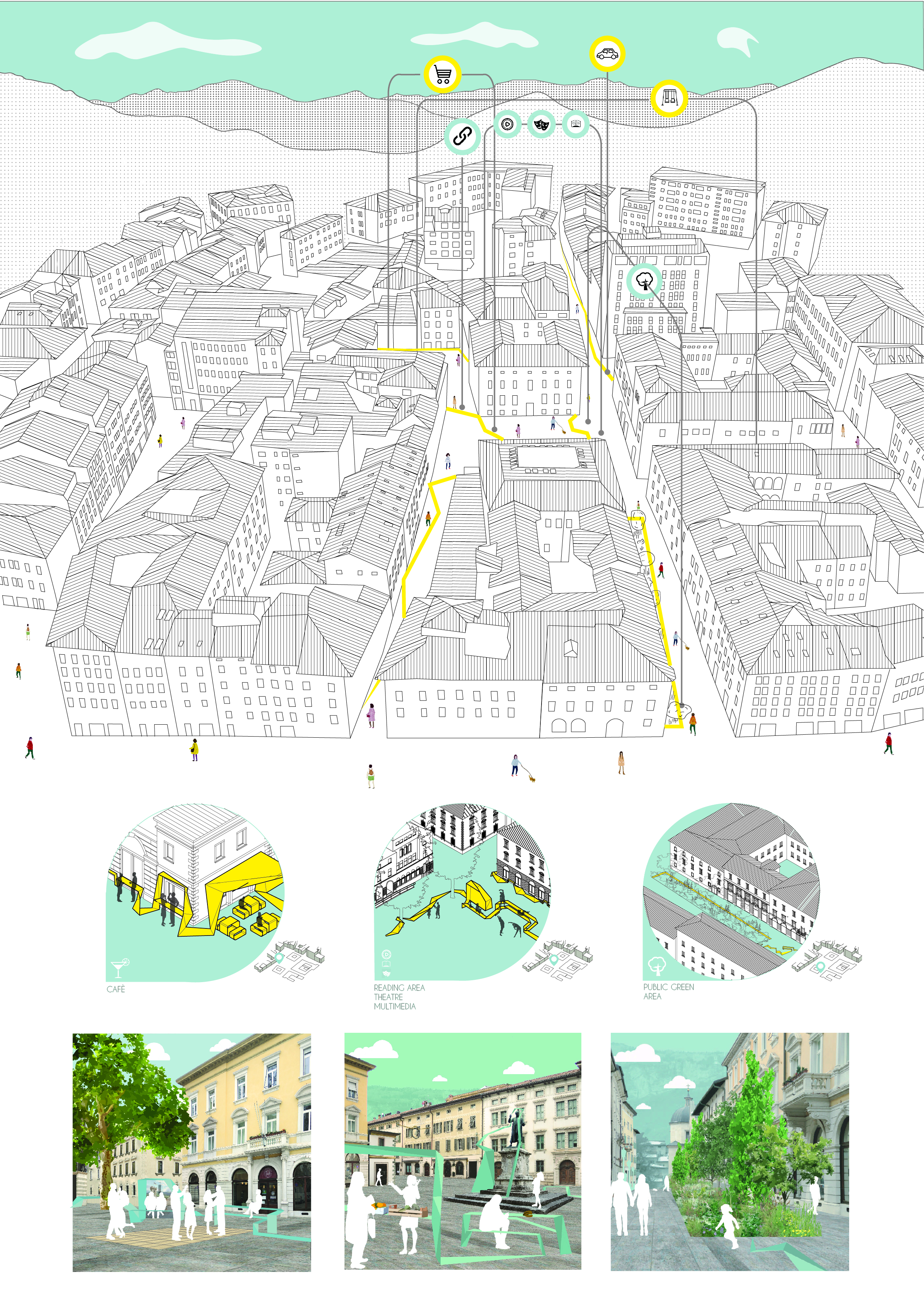 Our study area is set in Trento city center: Piazza delle Erbe, Piazza Vittoria and their immediate surroundings. Firstly, an analysis of flows and users during the day has been conducted, through direct interviews on-site. What emerged is that the area is populated only in the morning, mostly by over 60 people, because of the presence of market and postal service; for the rest the area is a transit zone. Moreover, we have realized an online survey to confirm some critical points. The presence of market, together with parking, various street furniture and waste,
causes a general visual disorder. However, the main problem is the lack of meeting places. Thus, our project aims to attract users and to tidy different functions through a crumpled up ribbon. This works, for example, as stands for market, open-air theater or skatepark. This device ends up in a vegetated area located in Via Calepina, that leads to the cathedral. Since our intention was to improve axial perception to this landmark, it assumes the shape of a linear garden. However, its principal aim is didactic: born as social experiment, this place stands firmly
against the common “man-made” idea of green area, but through workshops it wants to teach the community that native and poor species also have dignity and value, (Clement G., Manifesto del terzo paesaggio, Quodlibet,2016). Moreover, the garden can be interpreted as a“time landscape” (Sonfist) and it works like a rain garden, improving permeability and collecting water useful for other vegetated areas.