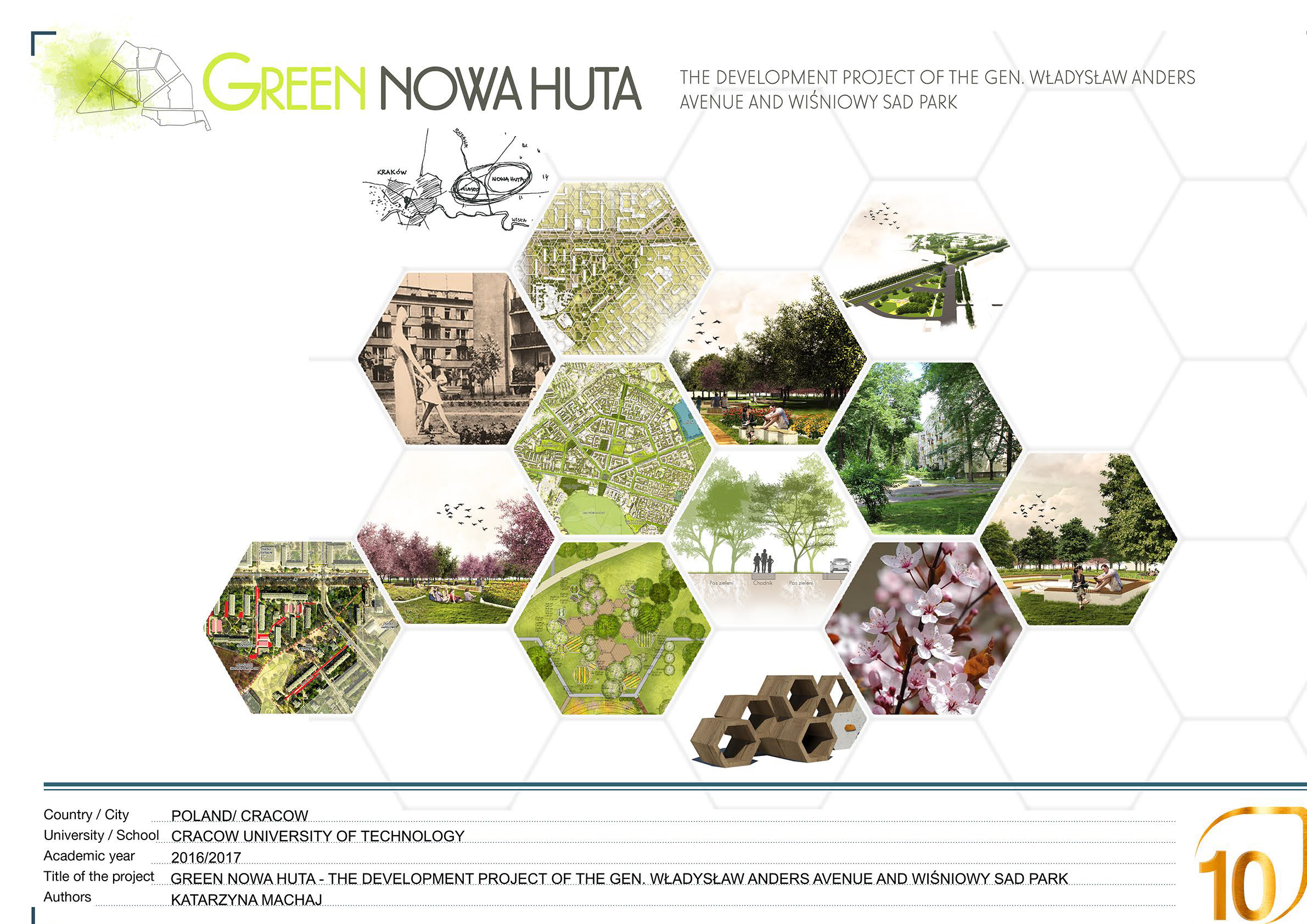 In the 20th century Nowa Huta was the biggest urban investment in Poland. Thanks to the architectural styles and to the urban layout, which was planned from the ground up, it makes a homogeneous and harmonious impression. The whole concept has the characteristics of the concept of garden cities and the aspects of the idea of the ideal city.

The main purpose of the project was to reinstate public practical values, to preserve the existing character, to adapt this space for different groups of users and to offer new contents. These assumptions were the basis for design guidance. The concept of land development plan includes: the design of a new communication structure for Spółdzielcze housing estate and Wiśniowy Sad Park, the designation of new parking places and the creation of new recreation places. An important element of the project is the creation of new places of meeting and integration for residents of nearby settlements and new areas close to nature such as glades, flower meadows and bee yards.

The entire project was based on a grid made of hexagons to which a communication system and new functions were partly added. The project also referred to the history of the place, leaving the main park alley which is the symbol of the old road, exposing existing outdoor sculptures and adding new plantings of cherry trees, which refers to the old orchards. The existing greenery was tidied up, shaded areas were exposed and new plantings were added. The space was adapted to the needs of the residents and other users of this area which resulted in improving their comfort and safety.