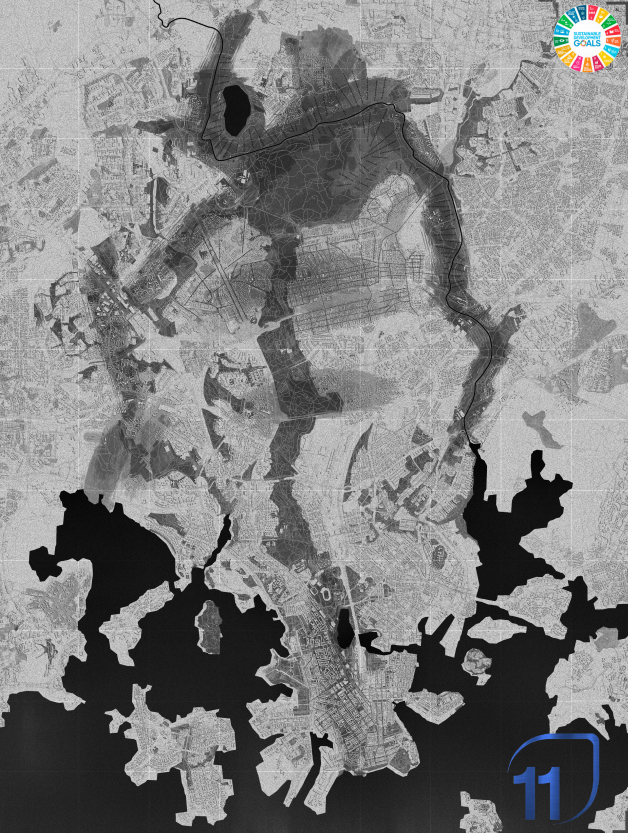 The central park in Helsinki is one of the five continouos wooded corridors that connects major national parks with the city. Its surface is the largest in Helsinki with a lenght of ten kilometres and a width of one kilometre. This corridor is in a strategic situation, it splits the city in two, but allows to connect the spaces between them by soft mobility and brings an icomparable quality of life. The central park is composed of south-boreal forest, it marks the entrance of the forest into the city and it makes it accessible, it brings the identity of the country to the metropolis. It's a preserved space, which is important for the city and its inhabitants but also for biodiversity. However, this wooded corridor is facing many pressures.

Helsinki land pressure is increasing, of open spaces such as fields or woodands like the central park. On the other hand, the roads and infrastructures contain the park. Climate change will lead to a migration of ecological optimum to the north. Natural plants migration is not fast enough and will result in the loss of areas such as a central park by 2100. Are we heading towards a city without forests?

The project is not intended to go against climate change, as the scale would be inadequate. The focus here is on accompanying changes, by gradually changing ecosystems. In addiotion, we want to link the spaces together. Connections are created by using the existing information framework as a matrix to strengthen spaces.