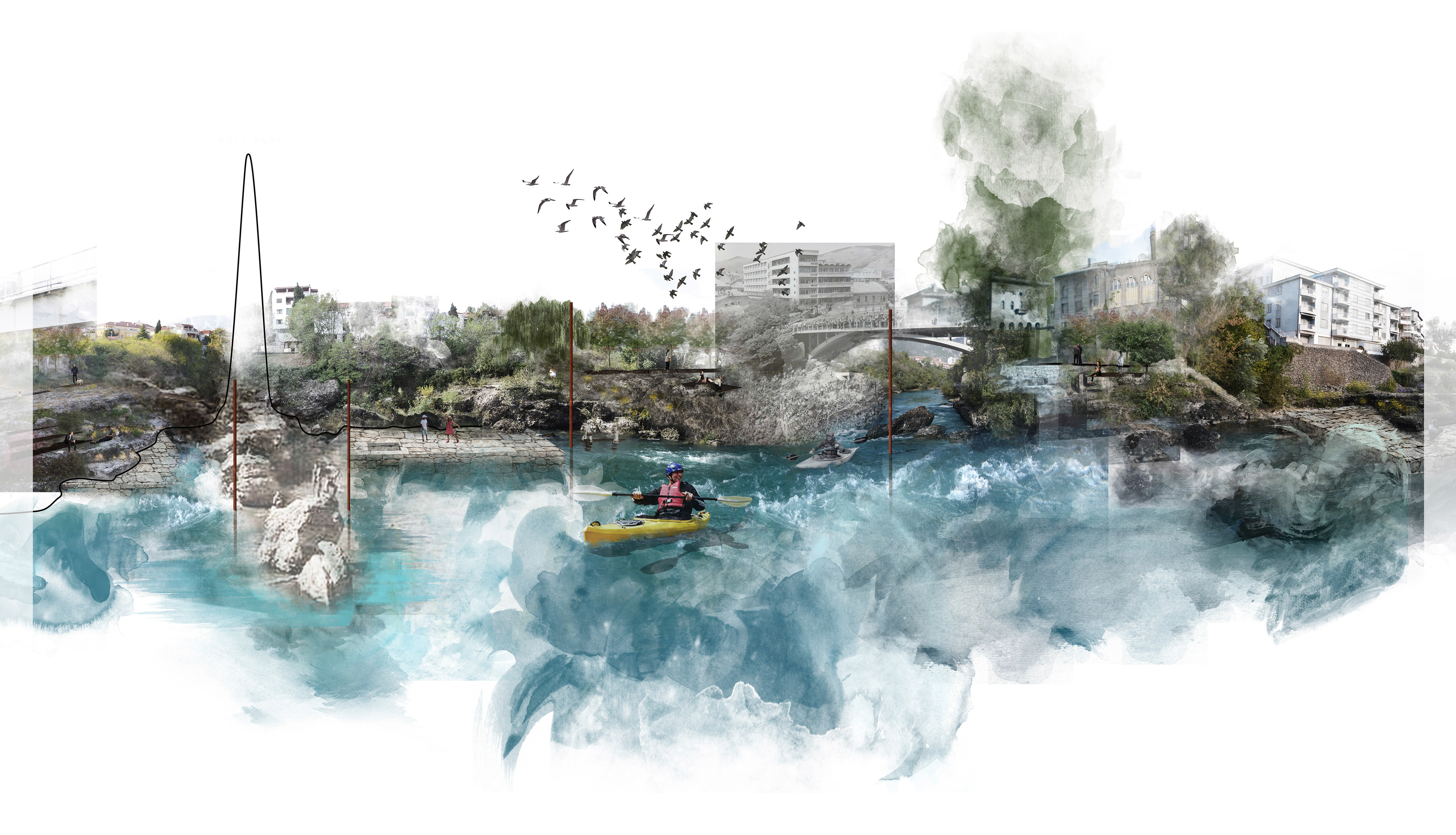 Civil war divides cities mentally and physically, threading groups identity and destroying its symbols. This kind of war dominated the late twentieth century, leaving many cities vulnerable, among others Mostar.
Because of the political, religious and cultural division created by the war, cities like Mostar hypo function spatially and socially. In the case of Mostar, the Neretva River in specific, has been used as frame for politics of division, providing mental and physical spaces of shame. As consequence the core of Mostar’s  identity, the Neretva river, has become an abandoned area.
In order for the city to start functioning socially again, it’s necessary to create a common space of history, which will produce common memories for the future generations.
This thesis attempts to give a new insight on how to deal with a landscape where ordinary pleasant memories are been replaced with memories of terror (Neretva), responding to the city needs for a new memorial scape. This new memorial scape of Mostar is not addressing sadness but it is rather a way to look into the future, making of the river a symbol of hope and redefining the relationships between the divided local communities. It is designed as part of the history, being a powerful reminder of a free society, and how citizens of Mostar should stand together in the face of the tragedy of the war. The memorial scape tries to become a part of the Mostar culture, being based on the powerful connection between man and nature, man and water. The idea is not only to create a space that stands as a symbol of memory but also to allow people the opportunity to relax and enjoy a new green space, ancient rocks and their stories, the seasons clearly defined by the water-stands of the river.