(RE) PEAT. Peatlands restoration through sustainable tourism in the Isle of Skye, Scotland. 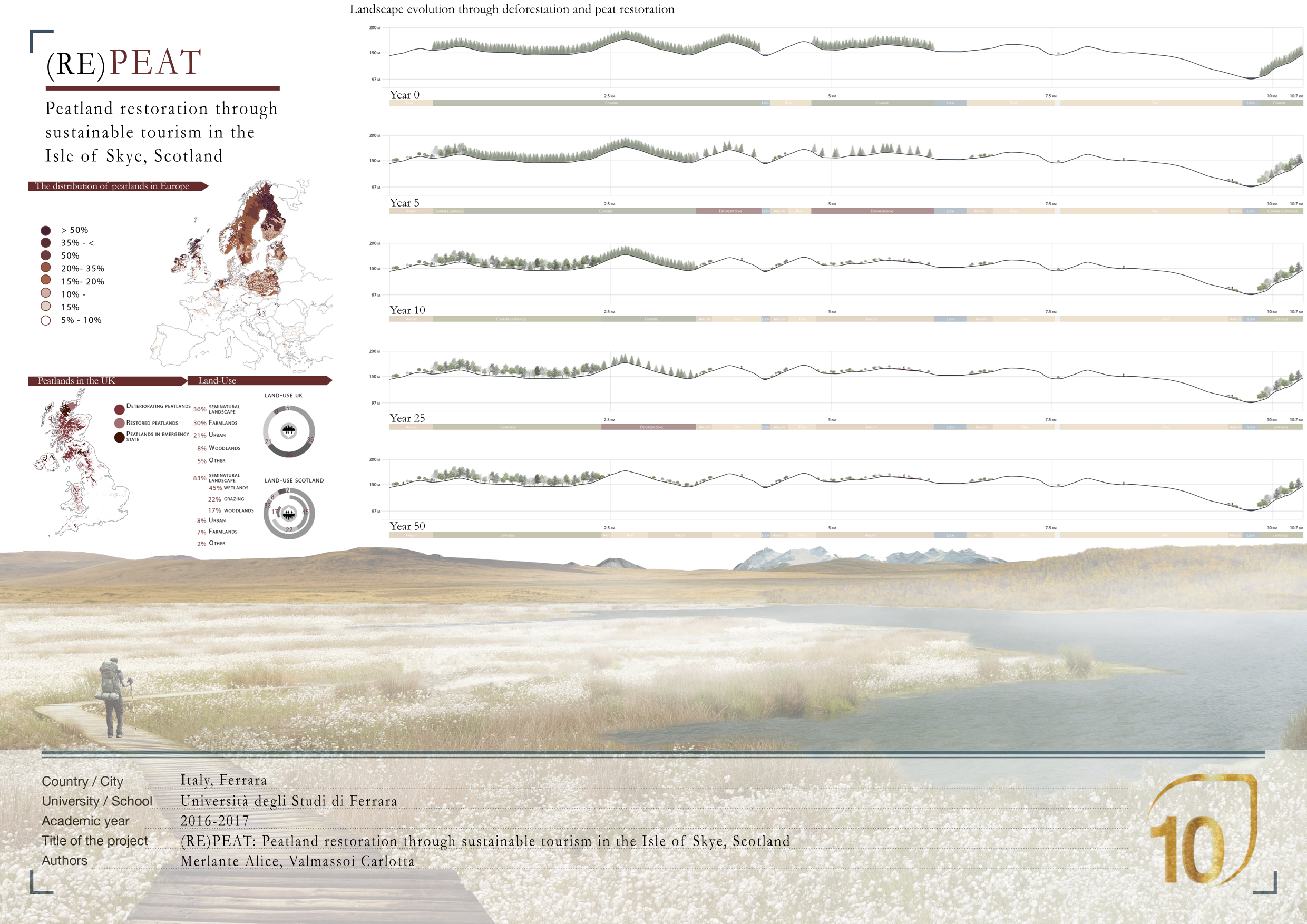 (RE) PEAT. Peatlands restoration through sustainable tourism in the Isle of Skye, Scotland.

Peatlands are a unique type of wetlands which are among the most valuable ecosystems on Earth: they are critical for preserving biodiversity, provide safe drinking water, minimise flood risk and help address climate change. Since they are the largest natural terrestrial carbon store - more than all other vegetation types in the world combined -, damaged peatlands are a major source of greenhouse gas emissions.

The thesis sets up a restoring plan for an highly damaged Peat area in the isle of Skye, in Scotland, where a radical forestation process for wood harvesting is covering almost the whole territory, threatening to destroy its fragile habitat.

Grounded on economic analysis, the project suggests to gradually shift the region's incomes from wood farming to tourism, making the most out of peatland's biodiversity attractiveness which could easily take advantage of the strong existing touristic fluxes now just focused on the coast.

With these aims, the proposal determines the chronological activation of a visiting network implemented in parallel with the restoring operations of peats, native broadleaf forests, heather and cottongrass meadows. According to a sequence based on the different terrains' recovery potential, a new landscape dynamic is activated, transformed into an attraction for ecotourism development pursued alongside the engagement of existing local voluntary societies.

Crossing an in-change environment, the walkways network - shaped on different type of visitors including kids, elders and wheelchair users - is softly designed to make peatlands approachable from different points of views while still preserving their wild sceneries.