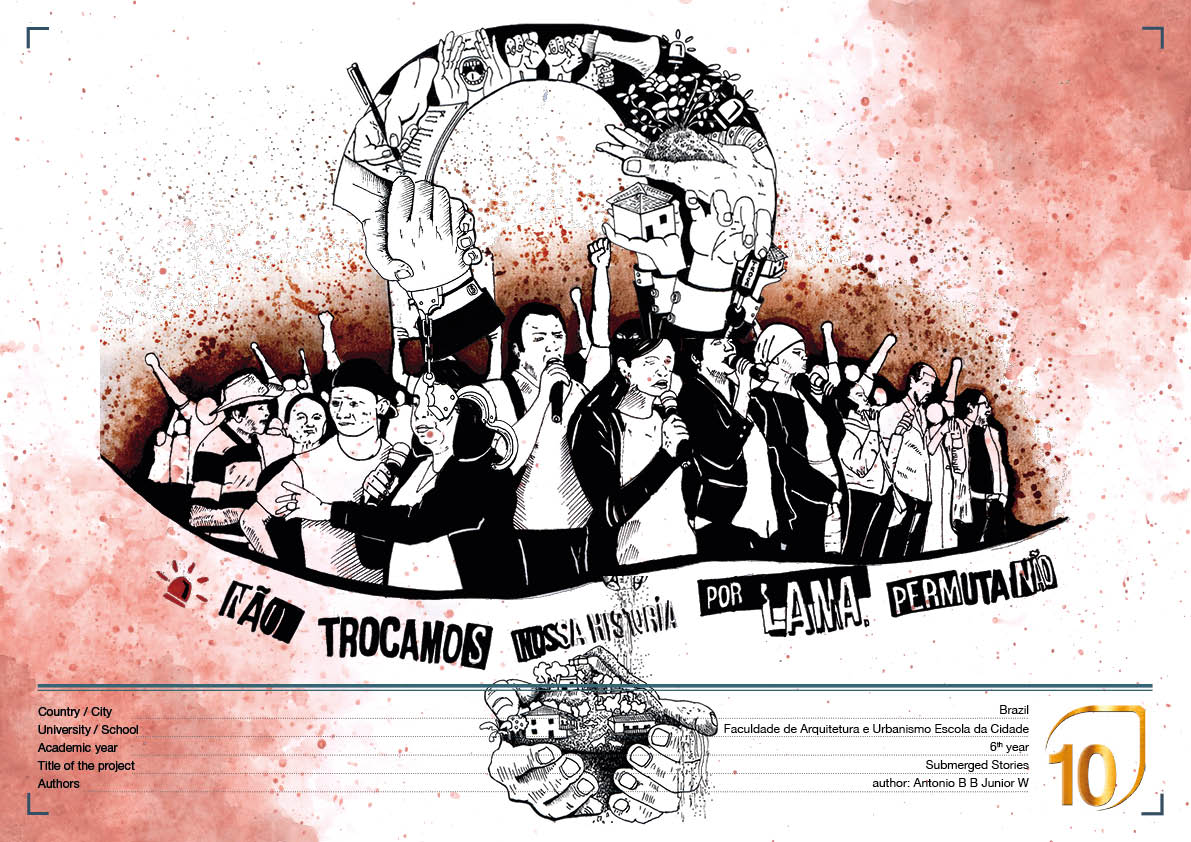 “ Historias Subemersas” is related to the technological, social and environmental disaster that happened on November 2015, with the dismantling of the Fundao`s tailings dam, owned by the company Samarco, in the Germano complex in Mariana / MG, Brazil. Culminating in the largest disaster in relation to quantity and distance waste ores in the world. That resulted in the burial of some sub-districts and initiated a trail of destruction from the sub-districts to the mouth of Rio Doce in Regência / ES. In July 2017, the research began with a trip to Mariana, where the collected material was registered and documented in the form of a diary, in which texts and drawings narrated the route taken to find those affected by the disaster. Reassessing the work done along the years is possible to realize that, after two years, nothing in the victims’s and territory’s situation has changed. The resettlement processes are behind schedule, the land registration wasn’t completed, and many other institutional issues weren’t attended, wearing out the community and prolonging social suffering. During this time, victims were relocted to rented houses scattered throughout the city, meaning their constant need of adaption to their situation and the prejudices suffered in this imposed routine intensify the magnitude of the disaster in their lives untill today. The critical conclusion is summarized in a magazine that illustrates the issues caused by the rupture of the dam in victims’s routine and the evironment, transforming this territory in a landscape of disaster.