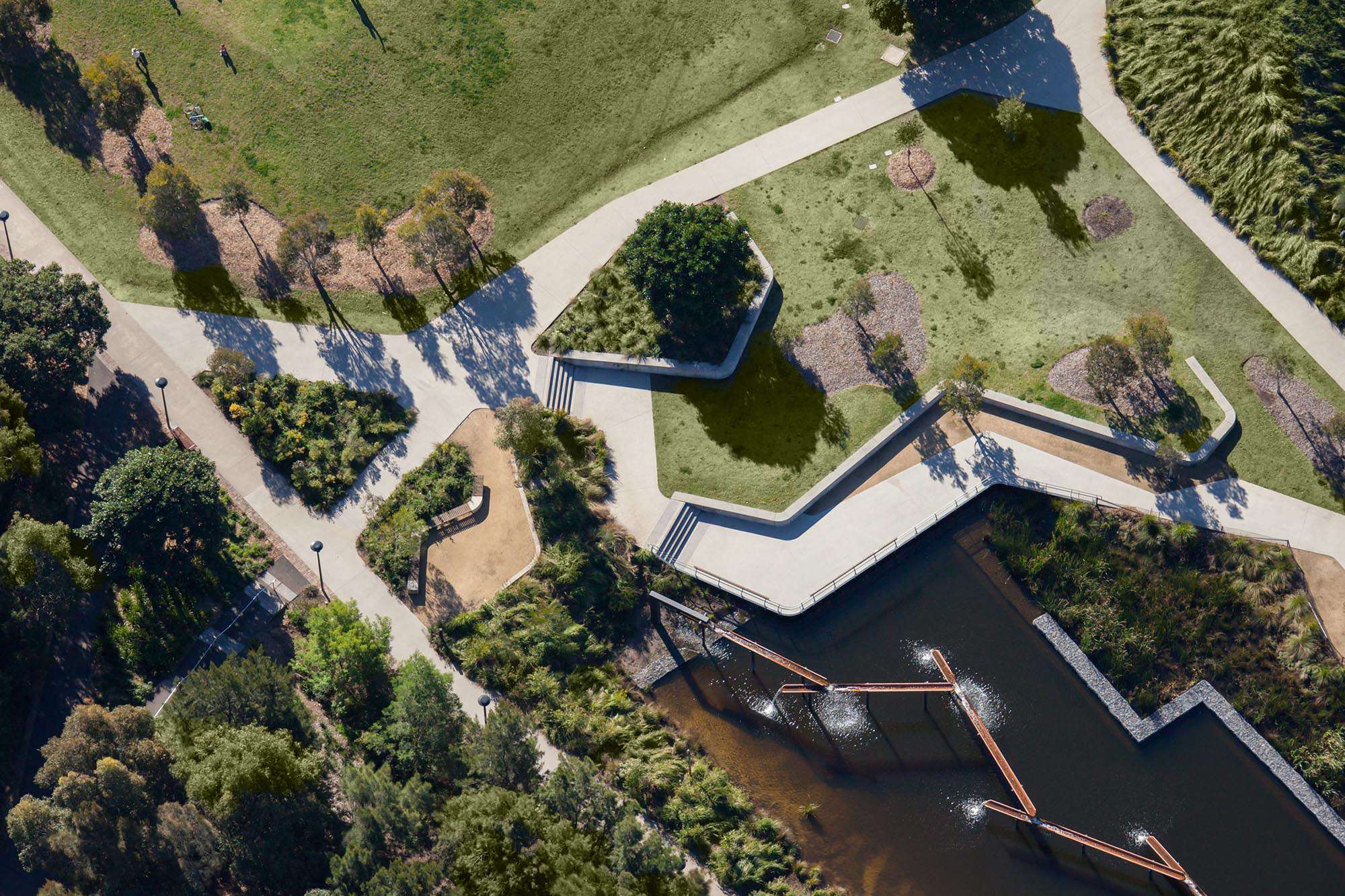 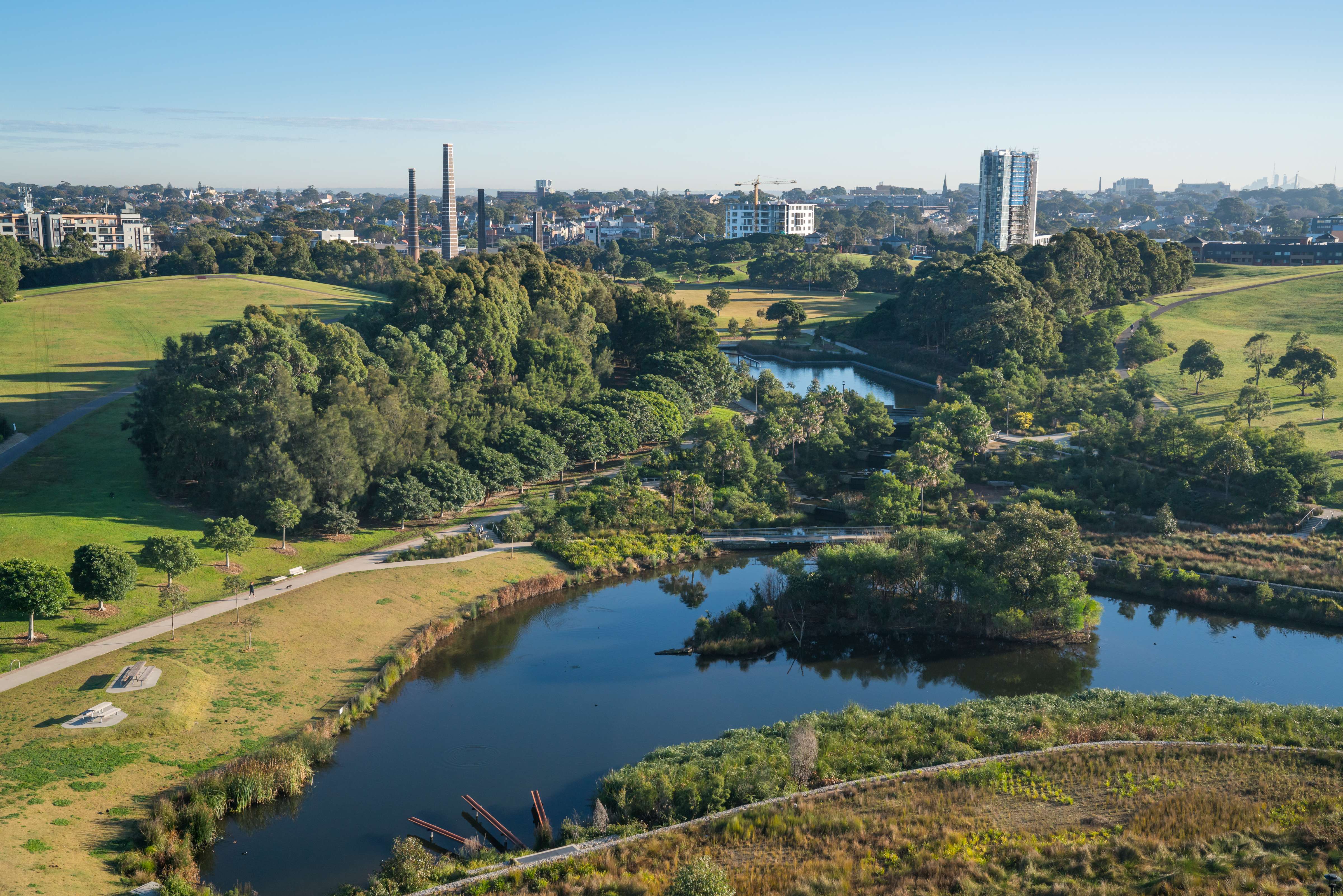 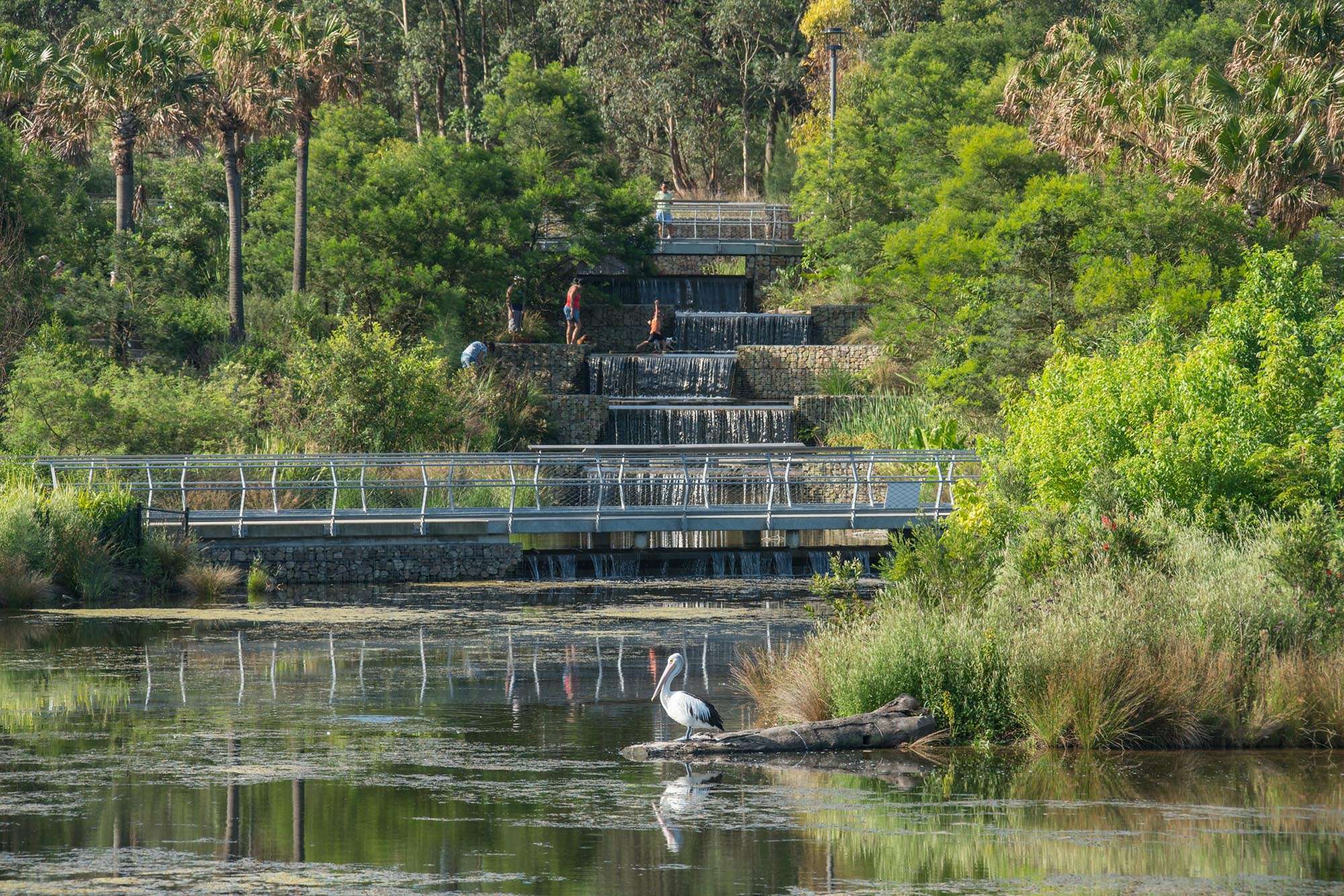 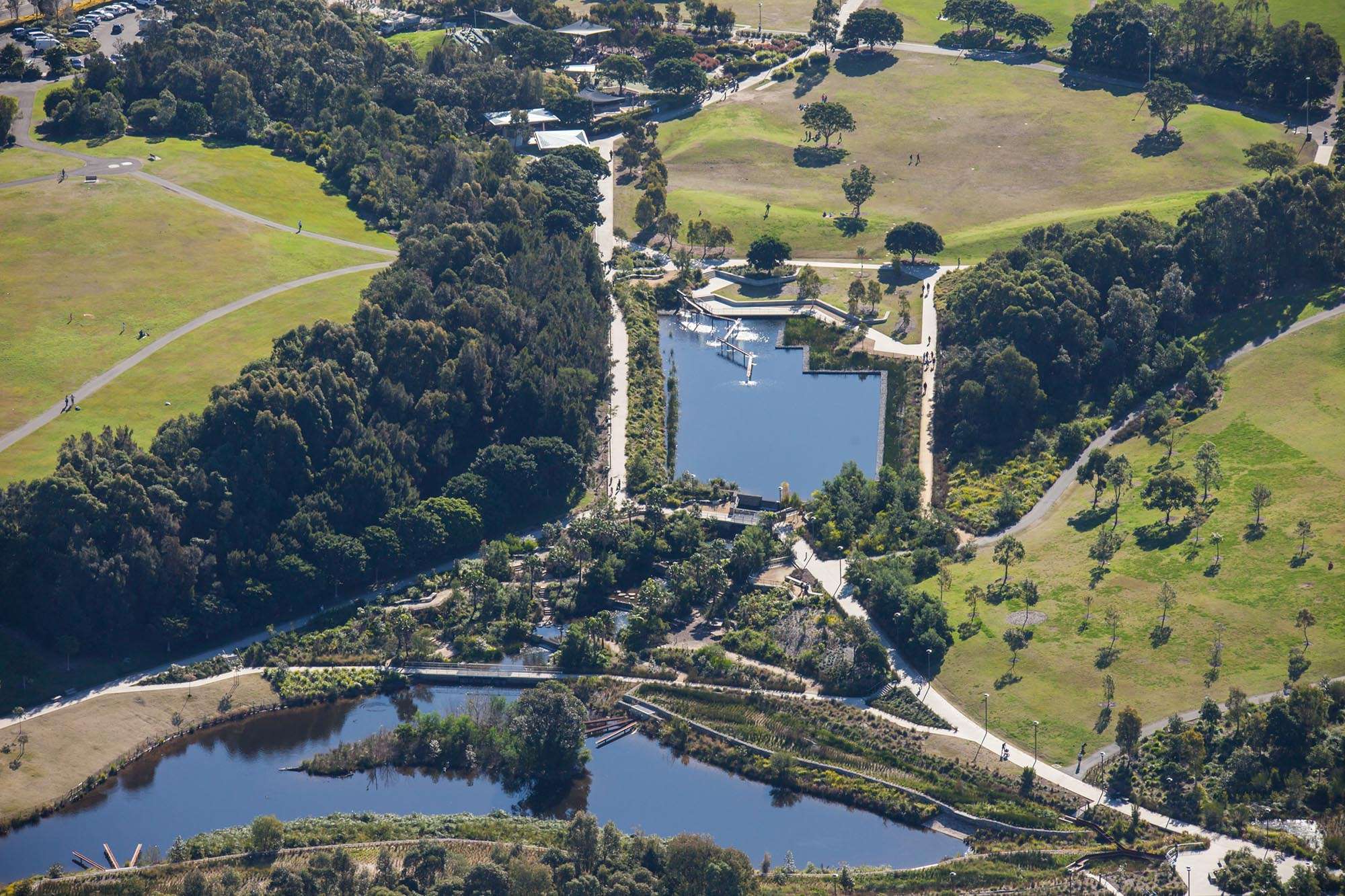 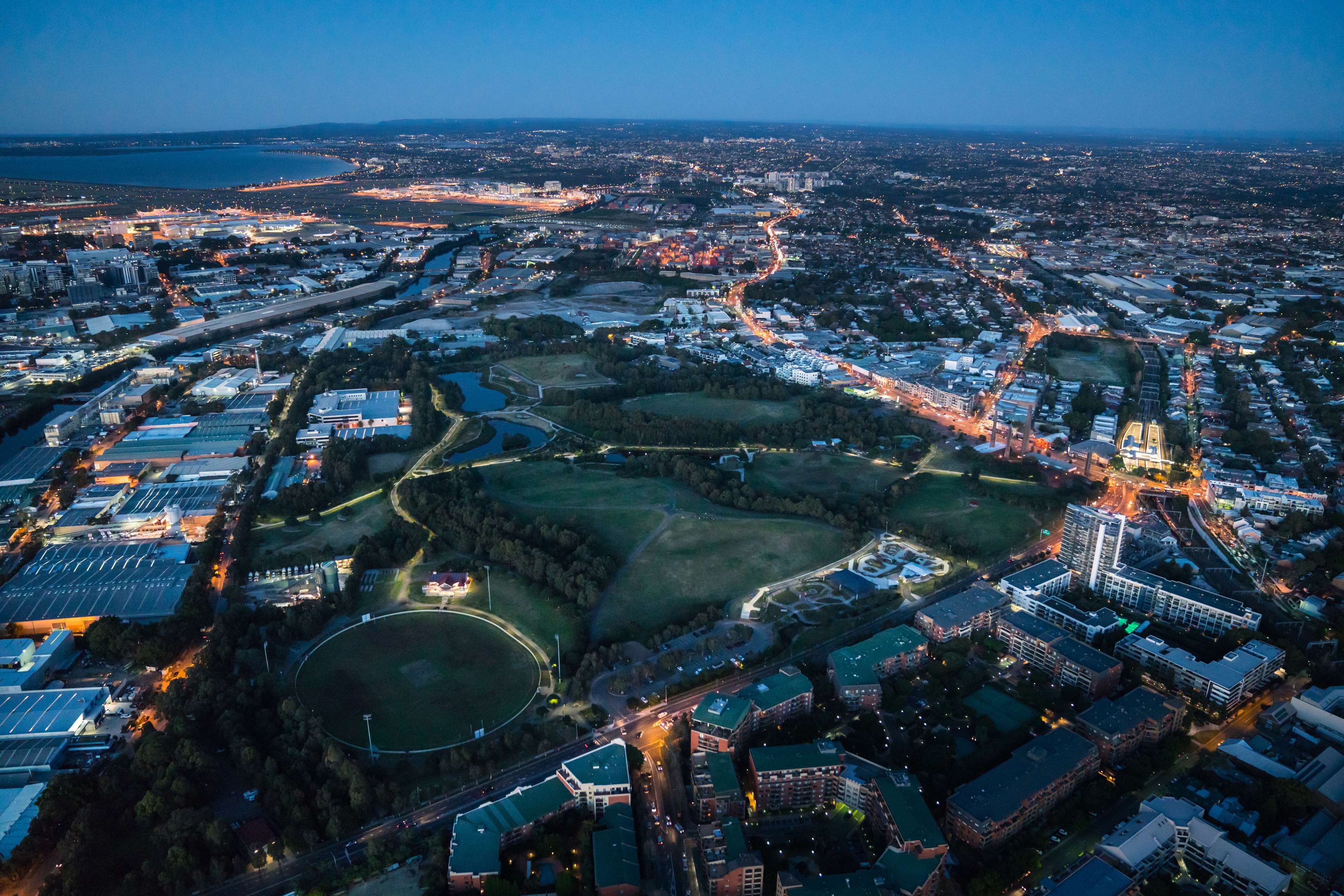 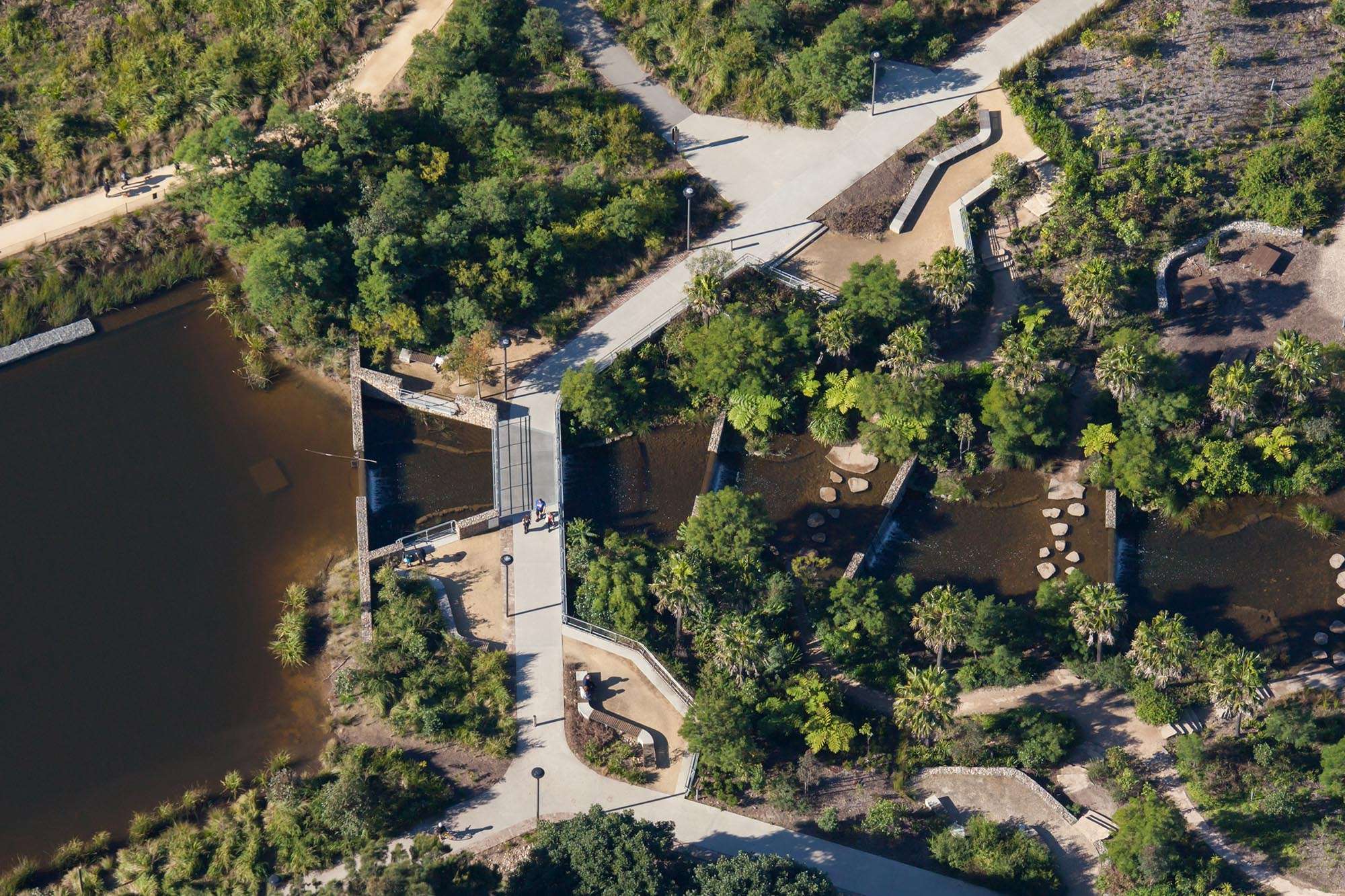 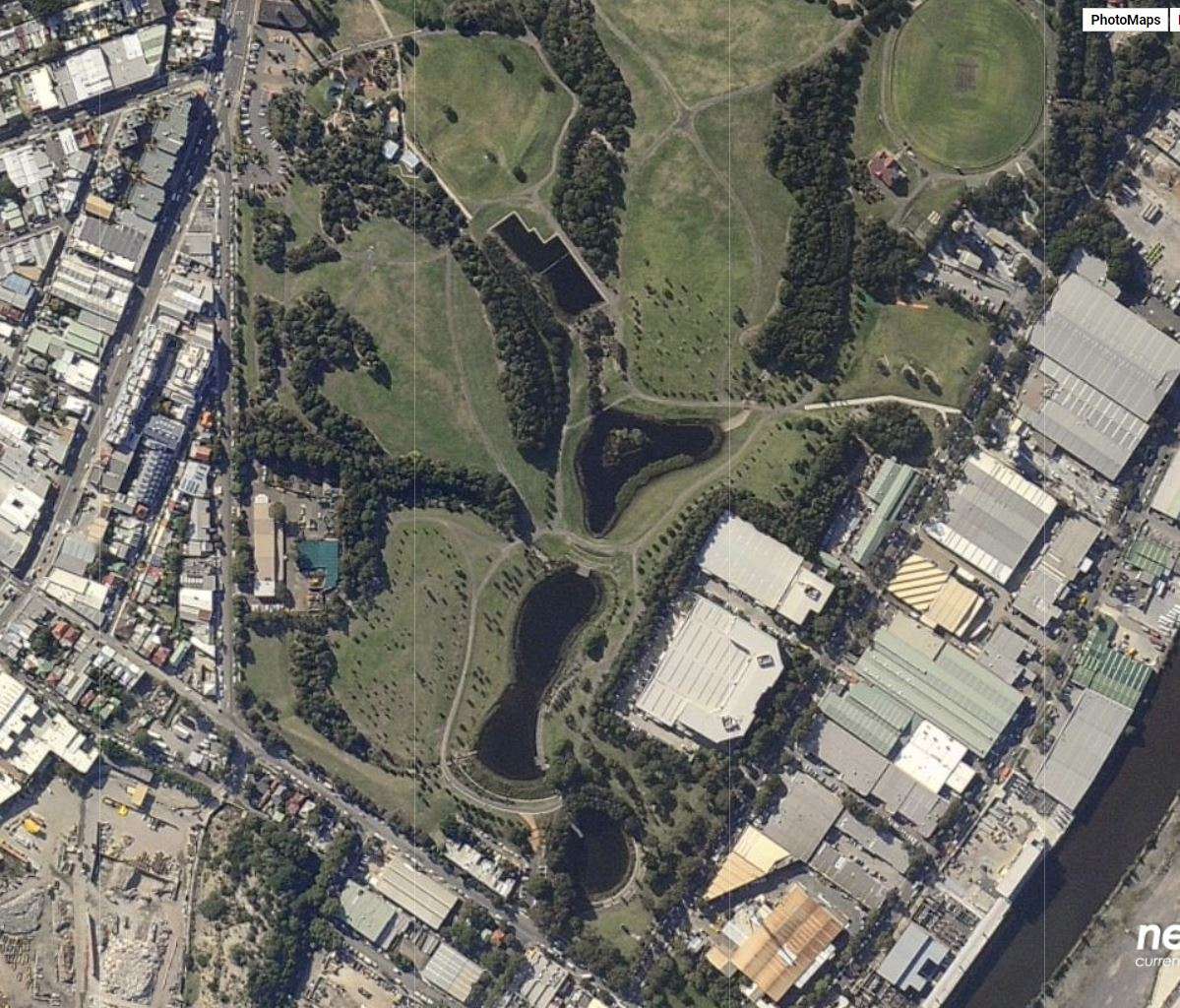 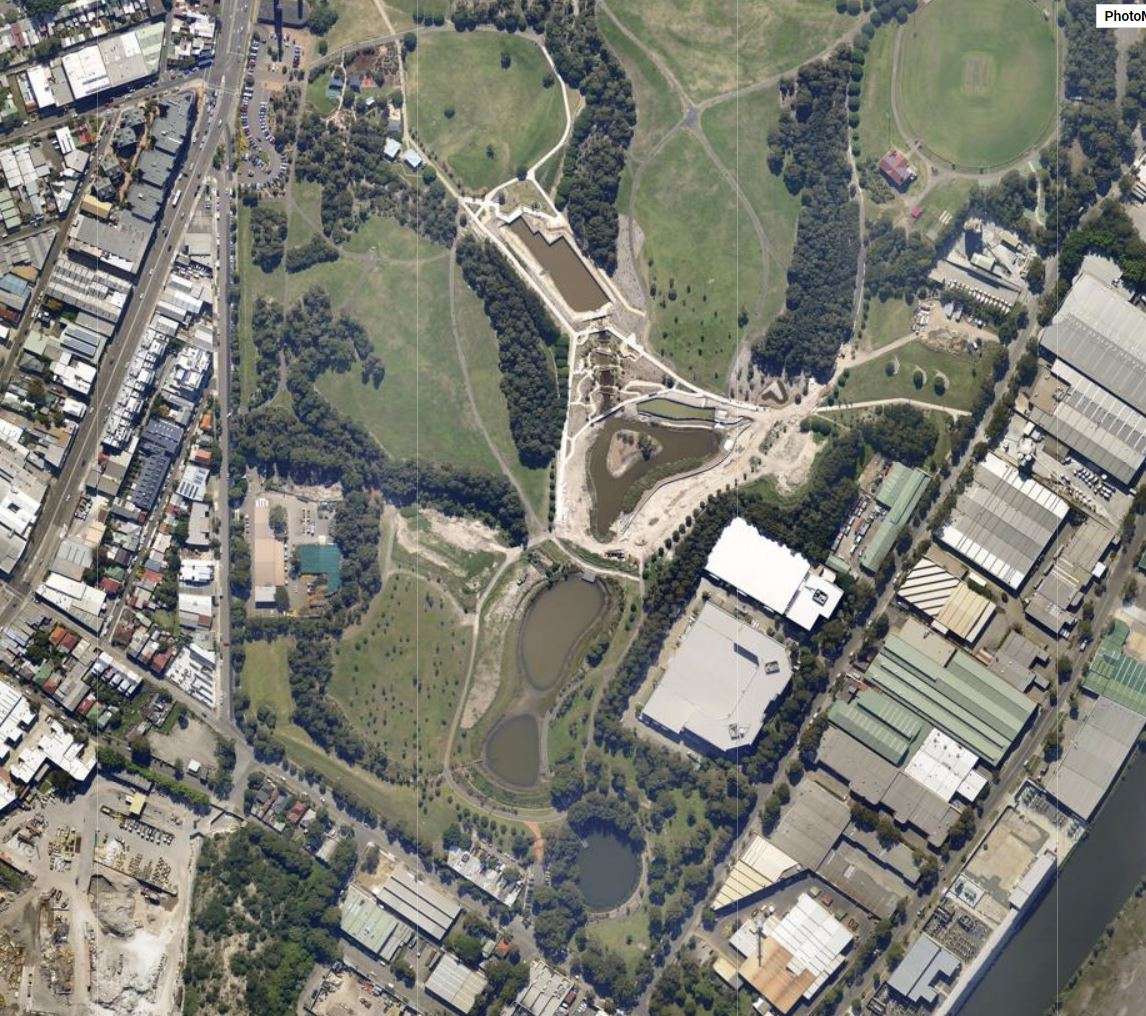 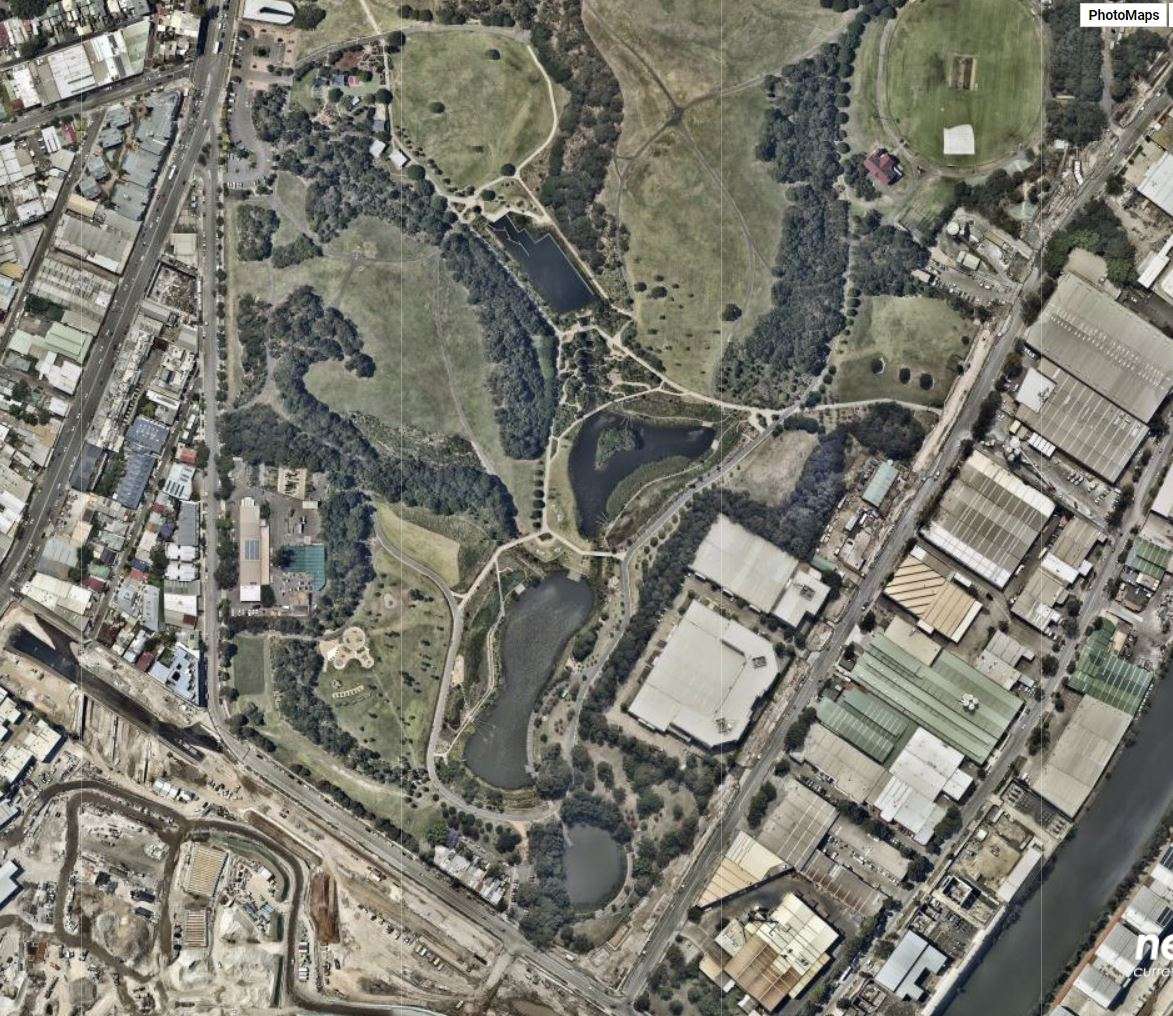 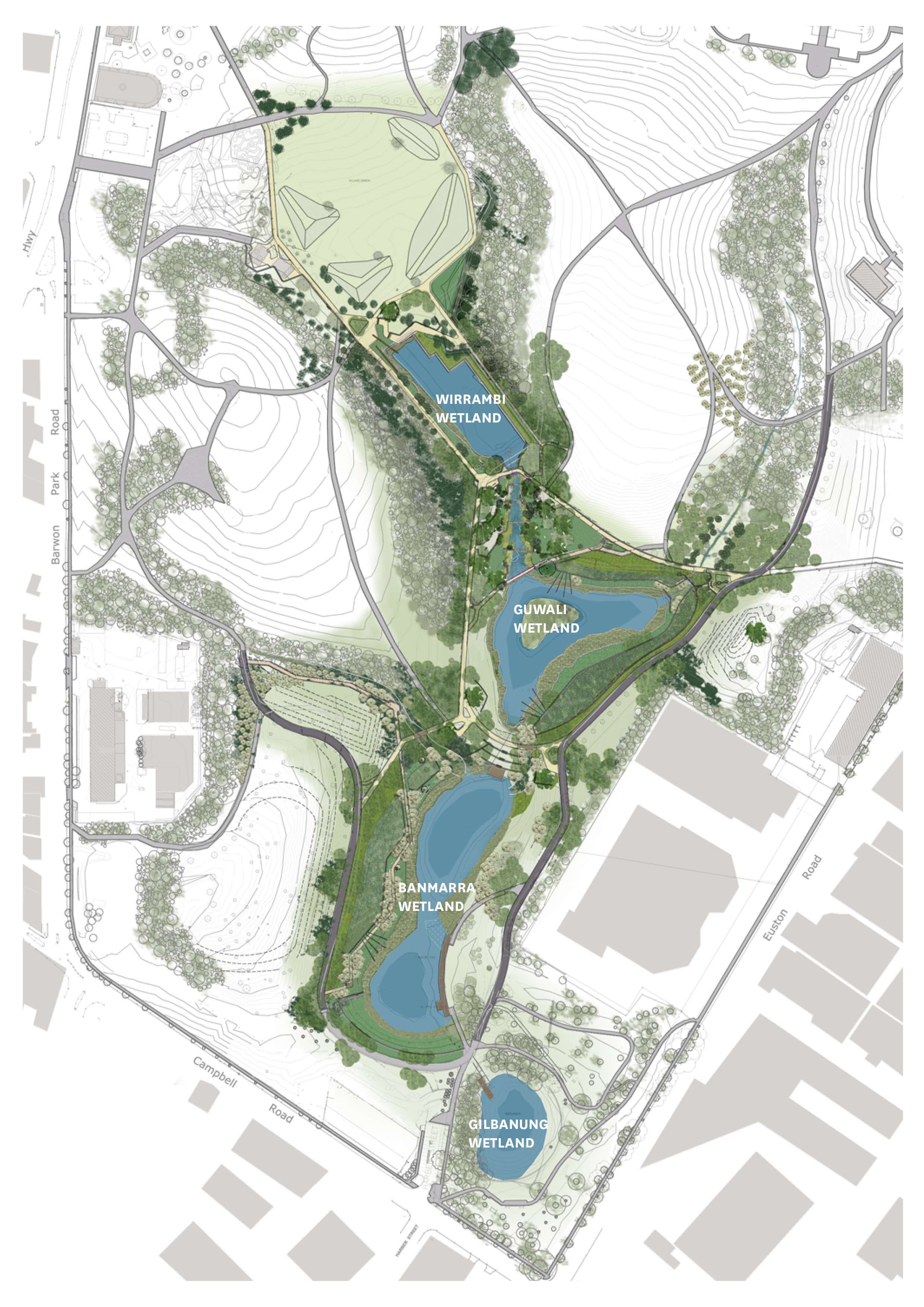 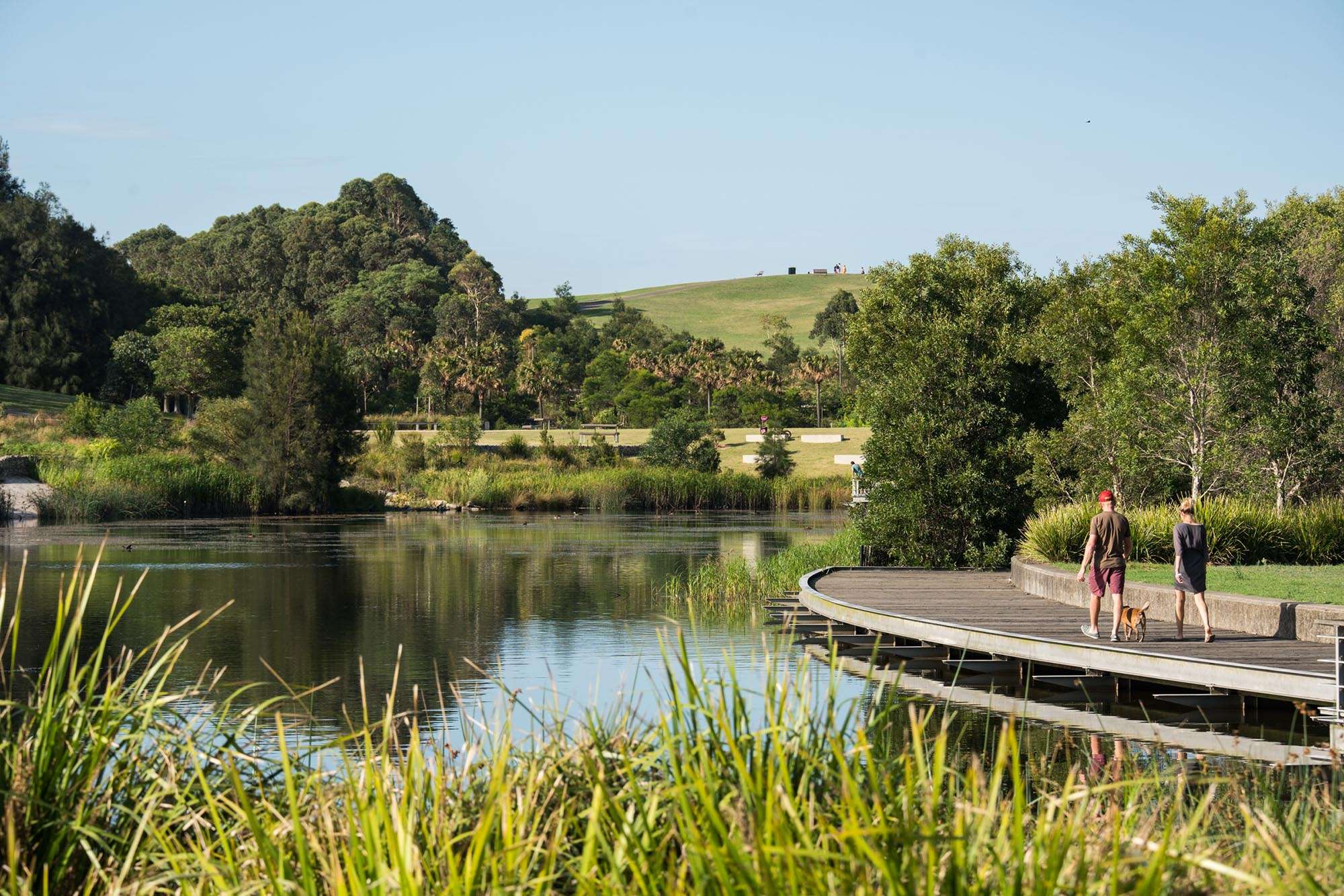 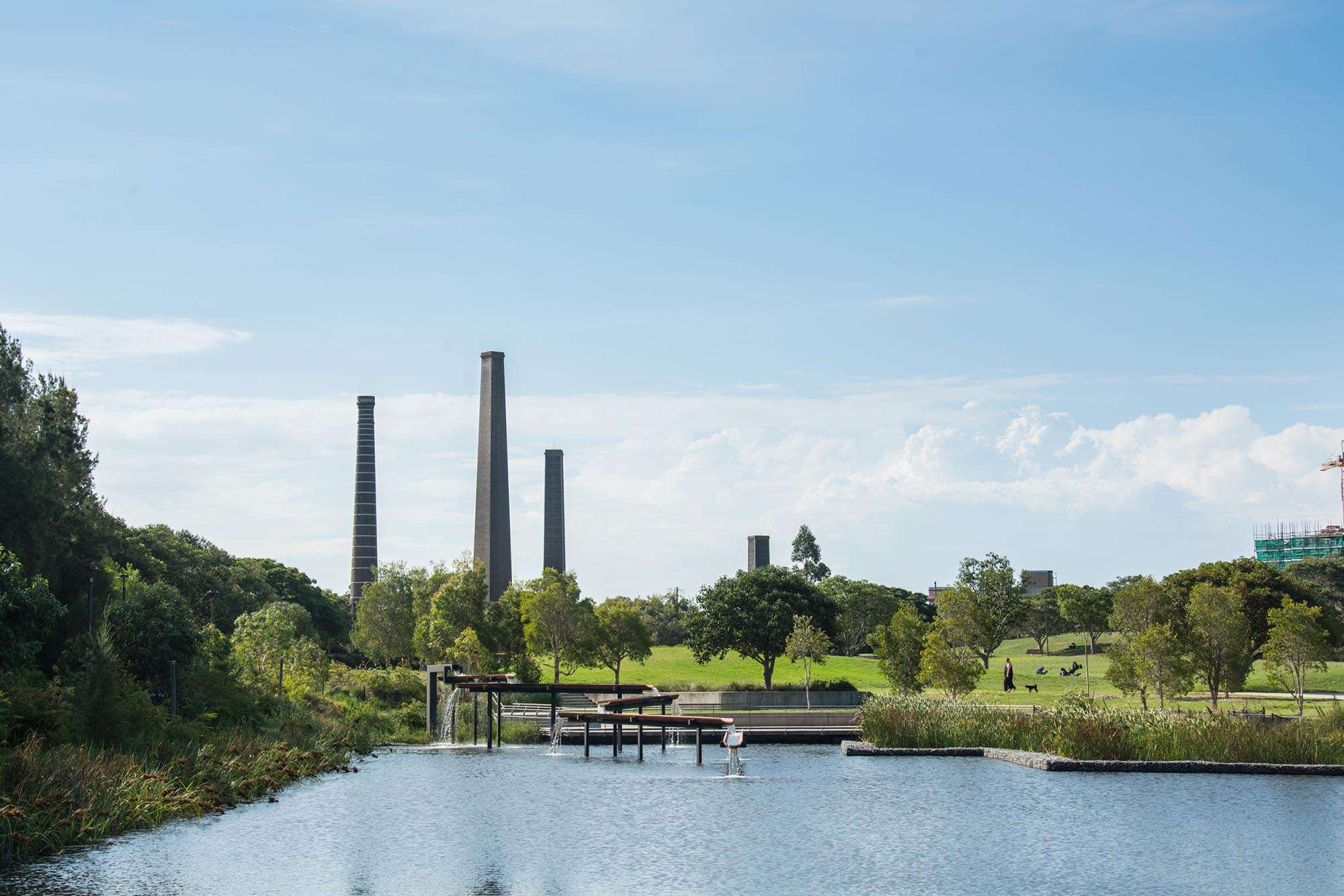 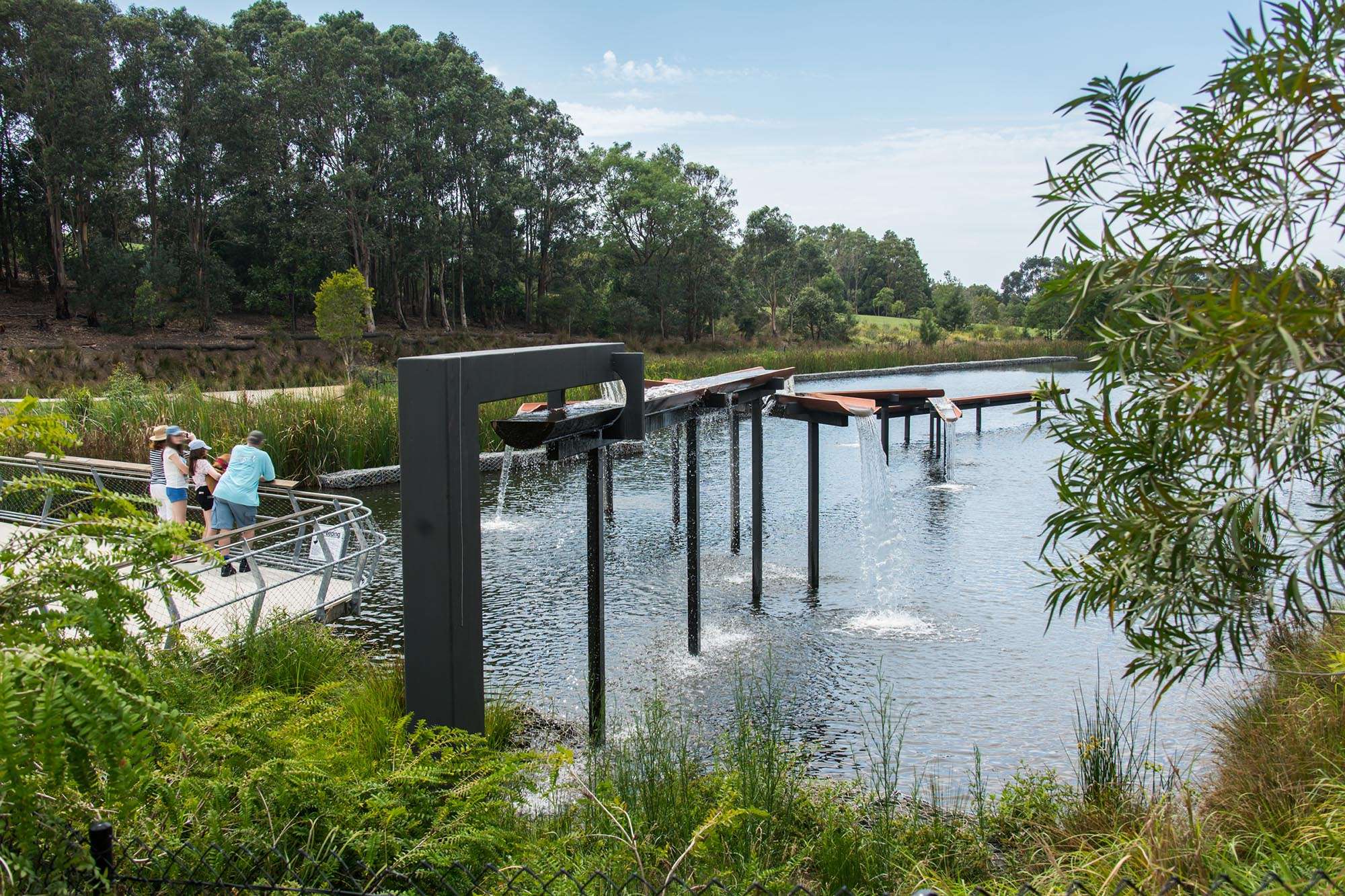 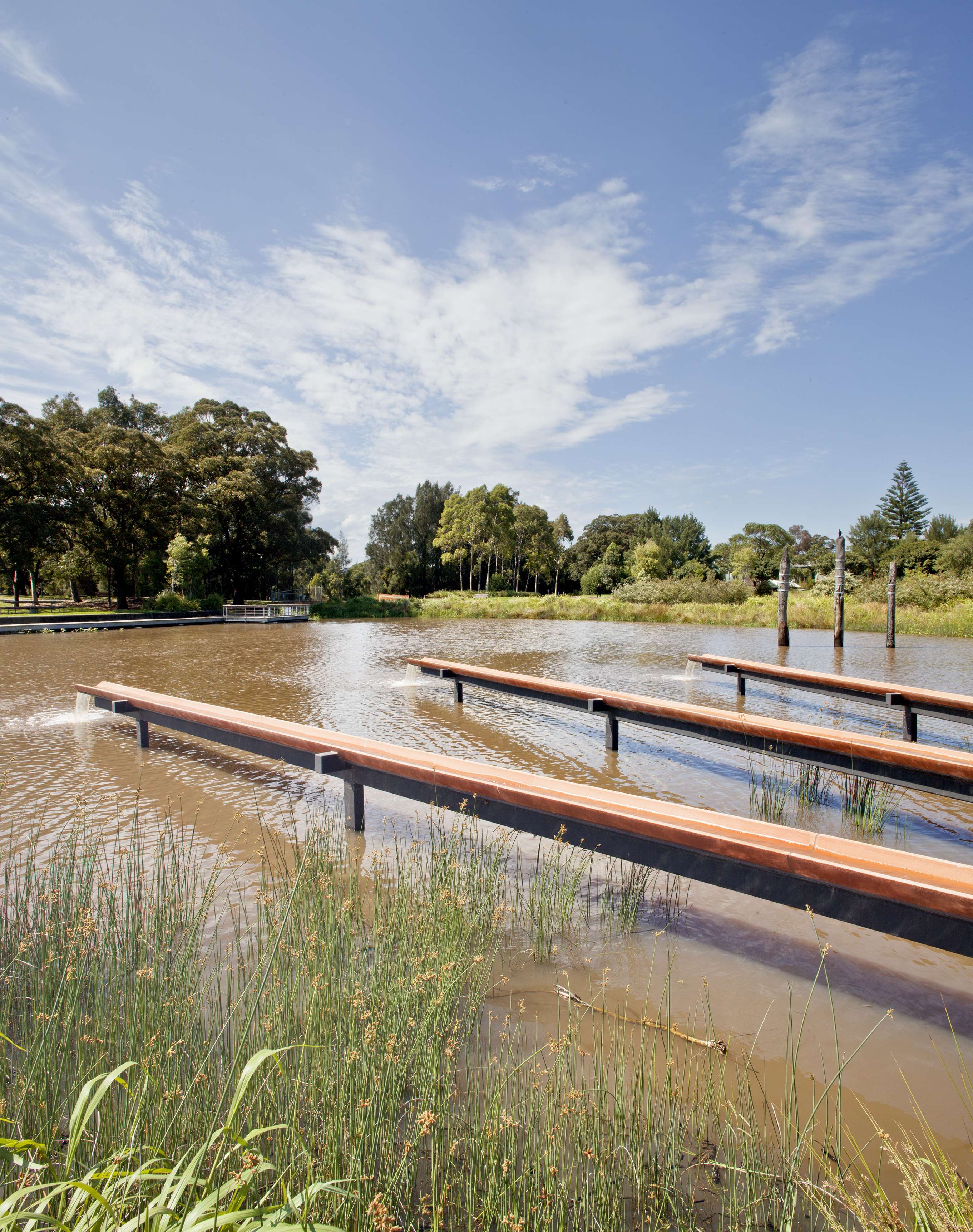 How will Sydney cope as its population swells to eight million people by the middle of the century? The Sydney Park Water Re-Use Project addresses this enduring tension between growth and liveability. With conservation, sustainability and functionality in mind, an expert team has created a new prototype for urban parklands.

As Sydney's inner-city population and industry continue to expand, the City of Sydney was faced with an increasingly universal challenge: how to increase and improve green amenity and biodiversity in a densifying built environment. Comprising 44 hectares, Sydney Park covers more than 10 per cent of the coveted inner-city suburb of Alexandria. A former brickworks, then landfill site, the park acts as a partial buffer between industry and encroaching residential development.

Built in partnership with the Australian Government through the National Urban Water and Desalination Plan, the project is integral to Sustainable Sydney 2030; which aims to meet 10 per cent of the city's water demand through local water capture and reuse. The City of Sydney engaged in a team of designers, engineers, water technologists, ecologists, and artists to deliver a complex solution in response to Sustainable Sydney 2030. Given the site's magnitude, the team focused on water harvesting and re-use to ensure waterway health and to future-proof water supply for the site. The project has improved circulation of water through the ponds and wetlands, diverting 840 mega liters per annum of local stormwater for treatment and reuse, renewing ecosystems and creating greener and more functional public amenity.

A key feature of the park is Turpin + Crawford's 'Water Falls' installation, which helps highlight the function and processes of water harvesting, creating immersive opportunities for interactive play and education. The water 'exhaust fans' celebrate the transfer of water from bio-remediation 'paddies' to the lagoons, playing on the spirit of water and its interactions with topography, form, surfaces and plant life. A new network of tracks and trails direct users to junctions and open spaces along with bio-retention zones, bringing people closer to nature and wildlife, while conveying the park's water story.

As Sydney's largest water harvesting project to date, the project has successfully reduced water useable, through the capacity to capture and clean the equivalent of 340 Olympic-sized swimming pools of water per year. The park's flora and fauna are flourishing, with improved recreation options, visual appeal and enhanced biodiversity increasing the park's value. A landmark test-case for the large-scale future-proofing of our urban landscapes, the project demonstrates the potential of sustainable water use.

Thirty million liters a year of harvested water is now recycled for improved pond and wetlands circulation, irrigation of areas and to supply the park's nursery operations. Impact of water harvesting and re-use already extends beyond the limits of Sydney Park, with non-drinkable water supplied to truck washing at the neighborhood City of Sydney Depot. The project intends to expand this function further, with plans to supply recycled water to neighboring industry and to large scale, urban development redevelopment projects now in planning.