The third margin, requalification of the North Waterfront 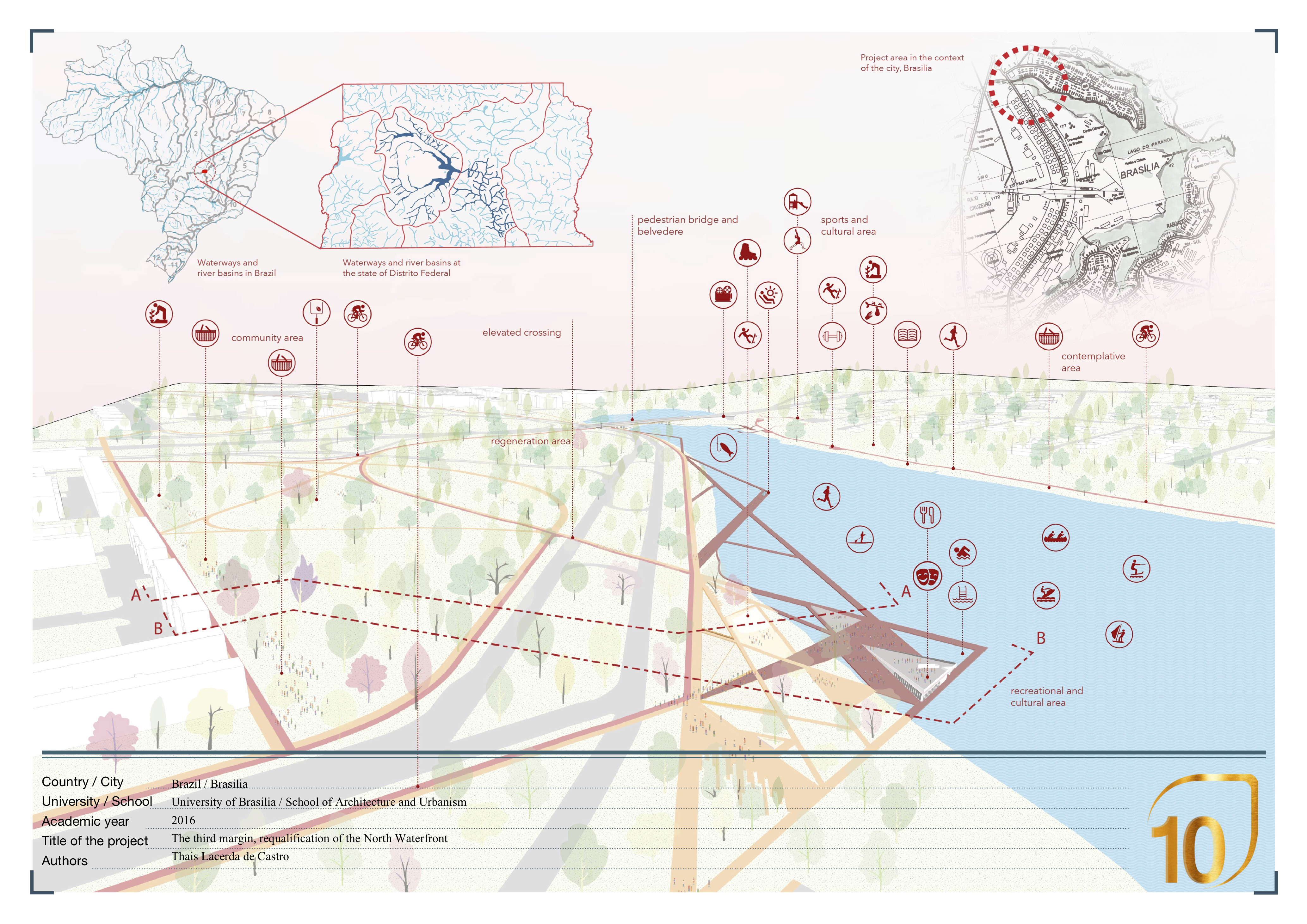 The third margin, requalification of the North Waterfront

The Third Margin project requalifies the Waterfront of Lake Paranoá in Brasilia, one of the main structuring elements of the urban image of the city. Its destiny was to offer public spaces and leisure to the inhabitants of the city. However, this noble purpose did not come to fruition and its waterfront was improperly appropriated by private owners. The area is characterized by a disarticulation with the parks and the peninsula, which are connected by the bridge of Bragueto, whose intense flow of vehicles aggravate the situation of pedestrians and cyclists that do not have exclusive tracks. Special attention was given to the landscape, with the presence of springs, swamps and vegetation characteristic of the cerrado Goiano. The project problematized the intervention in three different scales: the metropolitan one, the one of the Plano Piloto and the one of the parks. In the metropolitan scale, the reconfiguration of the Ponte do Bragueto

was proposed, connecting the Plano Piloto to the satellite cities at north. The bridge with its delicate design allows the appreciation of privileged views and operates on two scales, as it articulates the two margins of the lake and the city. On the local scale were proposed restaurant, swimming pools and others. Containment basins were provided for the purpose of preventing silting of the land. The different levels of answers achieved in project reflect the complexity of landscape design: from the design of simple decks to the bridge, the same care and criterion support the solutions presented.

Faculty of Architecture and Urbanism