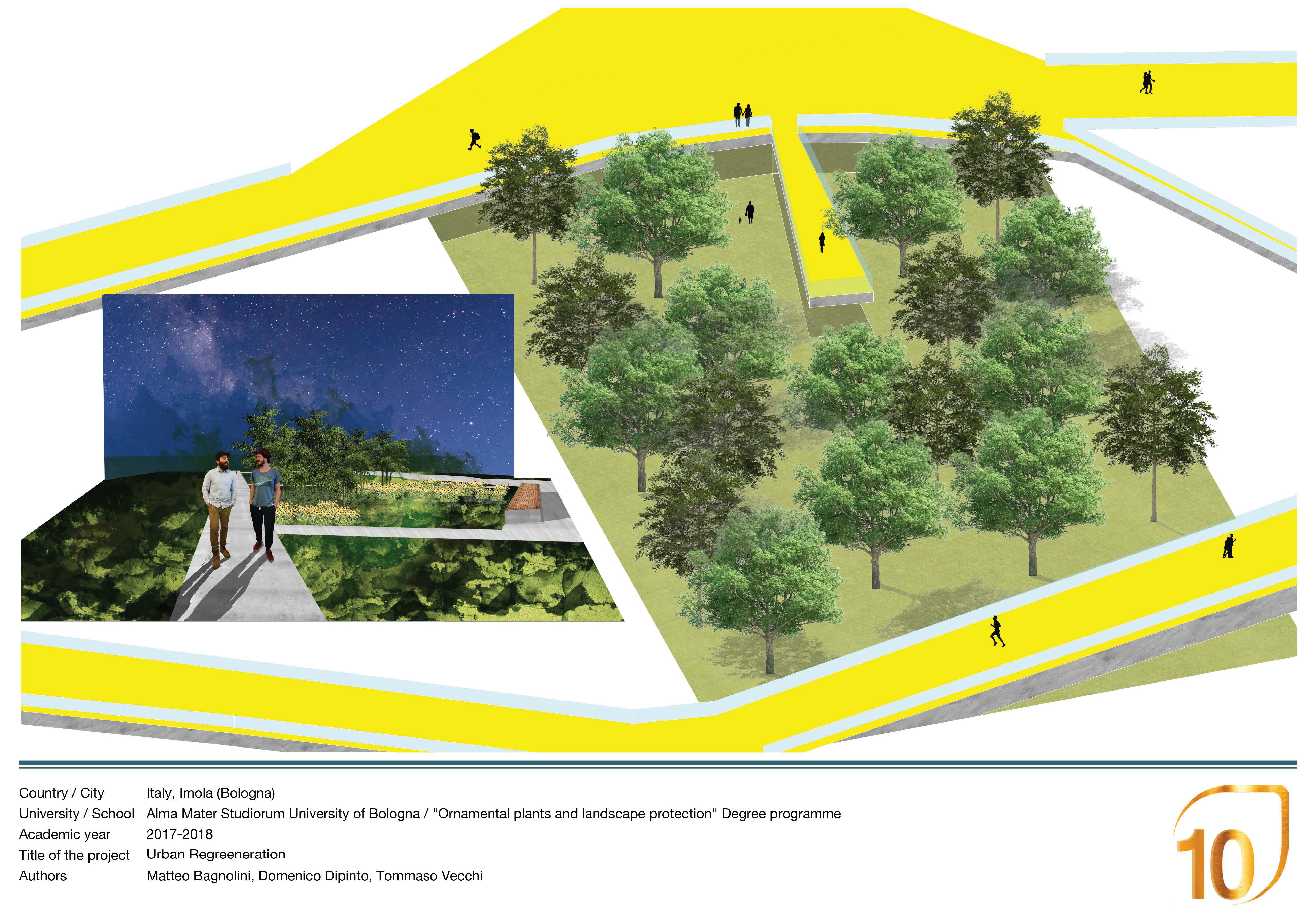 The project area consists of the open spaces along the 'Bretella', an urban infrastructure that cuts the city of Imola, to the west. It is a high-speed road, about three kilometers long, which connects the industrial area of the city with residential areas.

The project focuses its attention in the abandoned areas, those marginal sites that the route of the infrastructure draws between it and the city, trying to define its character and possible different uses. A new pedestrian and cycle system holds together areas with different functions and the ultimate goal is to repair the fracture between the two sides of the city, especially in the area near the Leonardo shopping center.

The crossover, the subdivision into levels and areas and their relationships are the fundamental themes of the master plan. The use of vegetation designs areas in which the empty/full, high/low game defines different areas but in relation to each other: the volume of the urban forest and the emptiness of the design that comes from agriculture. The system of paths holds together the themes and the areas and in particular the new raised yellow bridge, accessible from several points of the city, crosses the area and allows a complete fruition.

In the area closest to the residences, the space becomes more 'urban', almost to design a park-square: here, in a design that comes from the same lines of the city, a wellness path, a skate park and the garden of the five elements are developed.