CERN. Potentials of an invisible infrastructure for addressing landscape evolution at the Franco-Swiss border. 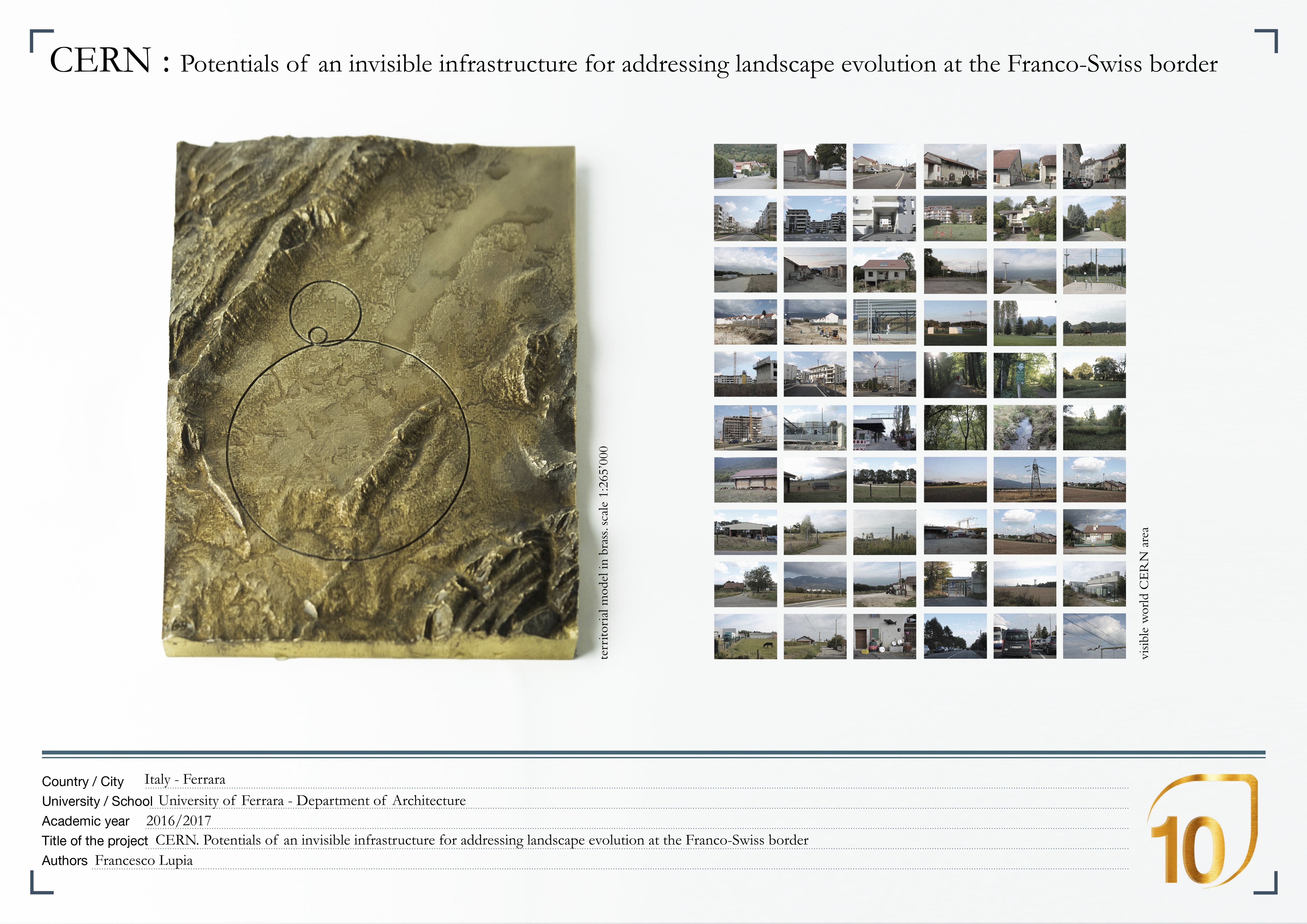 CERN. Potentials of an invisible infrastructure for addressing landscape evolution at the Franco-Swiss border.

The thesis focuses on the relationship between hidden infrastructures and landscape by considering how, although they are designed to perform specific tasks, large infrastructures have always had a huge impact on cities and metropolitan regions which host them.

In such perspective, the CERN, which is the largest physics laboratory in the world located in the countryside on the Franco-Swiss border, represents an interesting case-study in order to understand how dynamics may vary depending on the nature of the infrastructure itself, the context, its impact on the economy, on the over/under development of the urbanization and population.

The striking feature of the CERN is the way in which this infrastructure has deeply characterized the surrounding area despite being almost invisible to the eye. In fact, the physical infrastructure is hidden in the 59 km of underground tunnels where particle accelerators are located. Nevertheless, urban settlements, land proprieties and energy networks featuring the territory are actually shaped around this almost indiscernible presence.

The thesis proposes a methodology to take advantage of the relationship potentialities between infrastructure and landscape reasoning through alternative scenarios developed on the area where the first collider has been built: such scenarios explores the chance of exploiting the infrastructure as a generator of urban and tourism development, of energy production or as an habitat preservation device.

Such hypothesis are functional to dictate some guidelines for addressing the planning around the control points of the Future Circular Collider, the accelerator of more than 80 km of circumference expected for 2035.