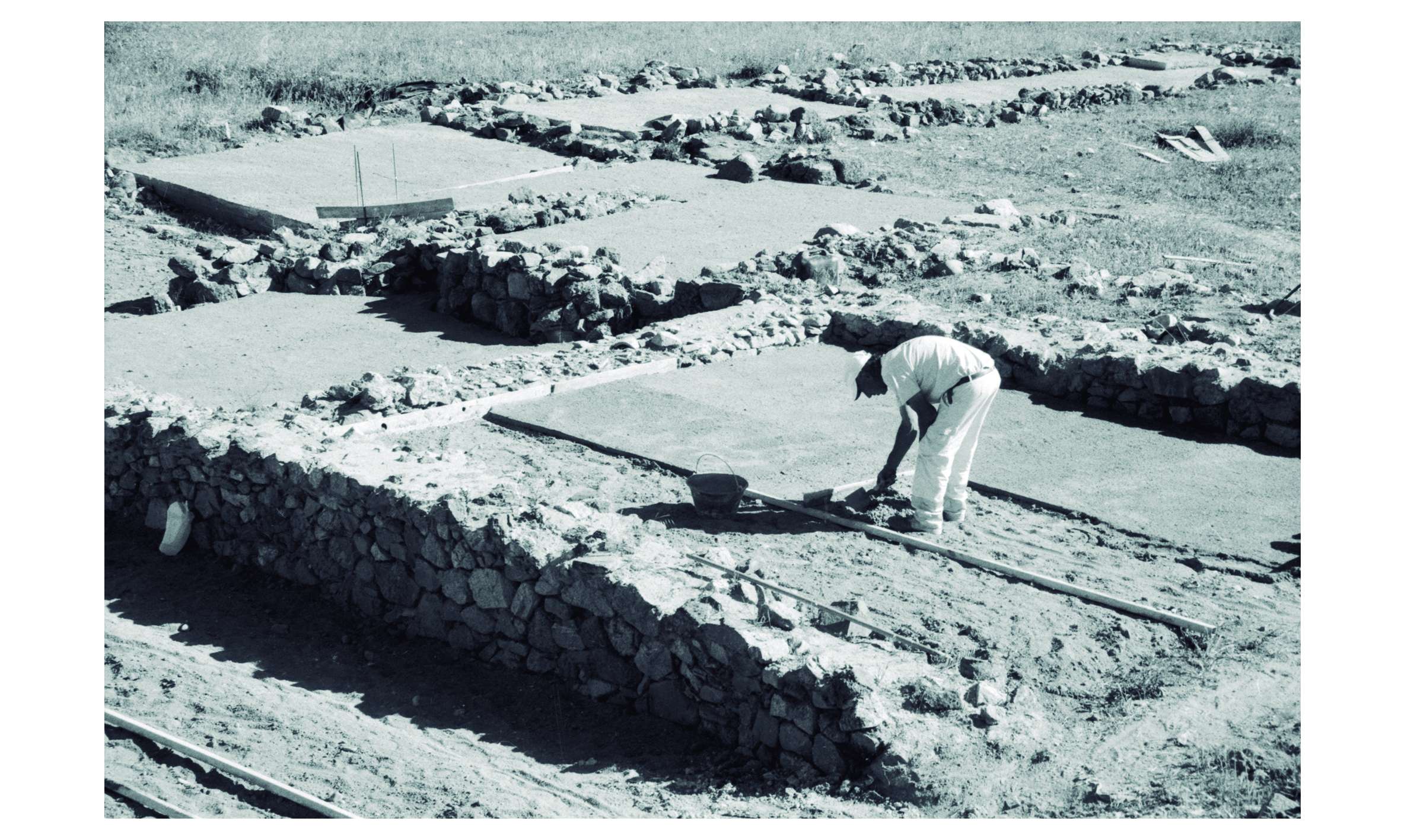 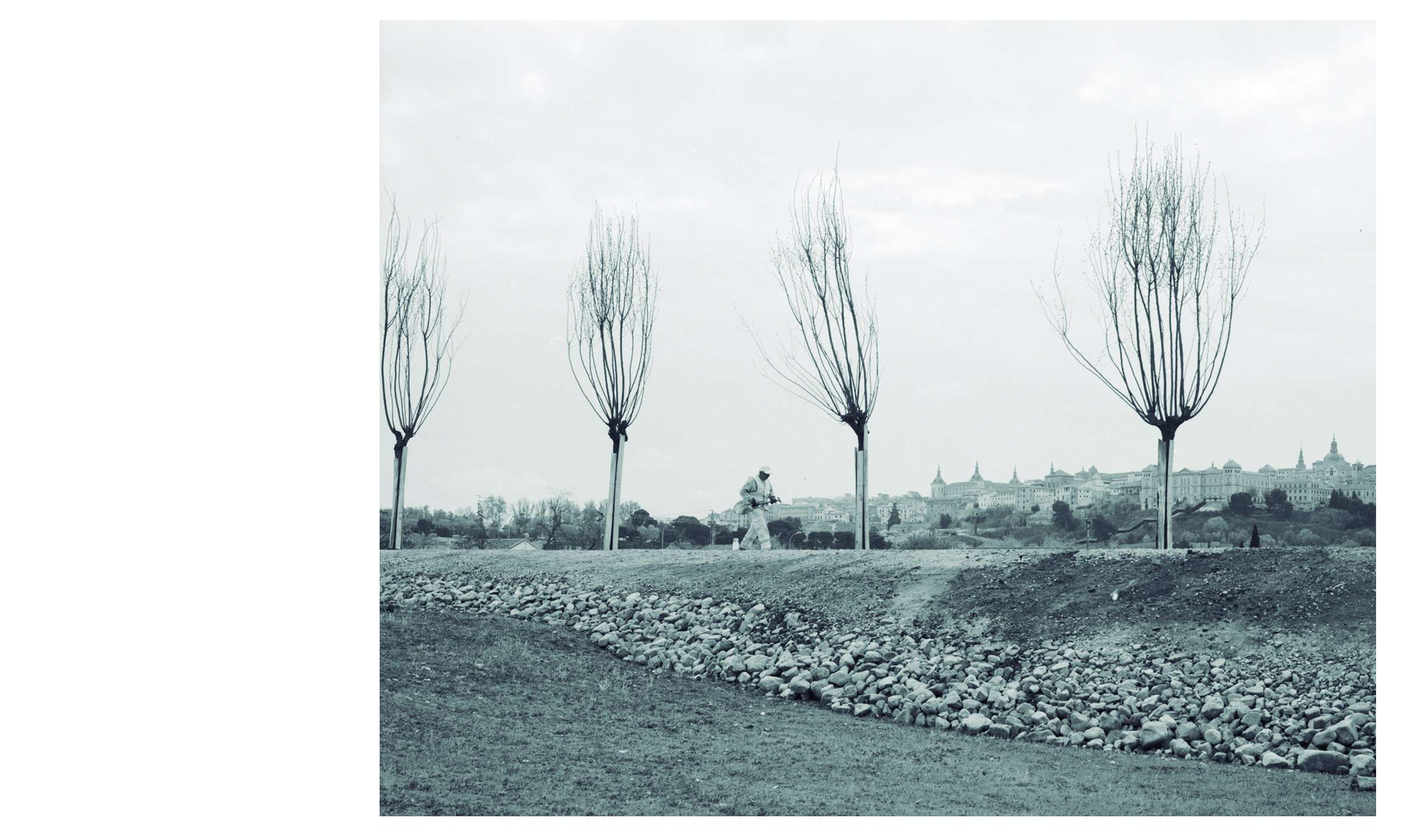 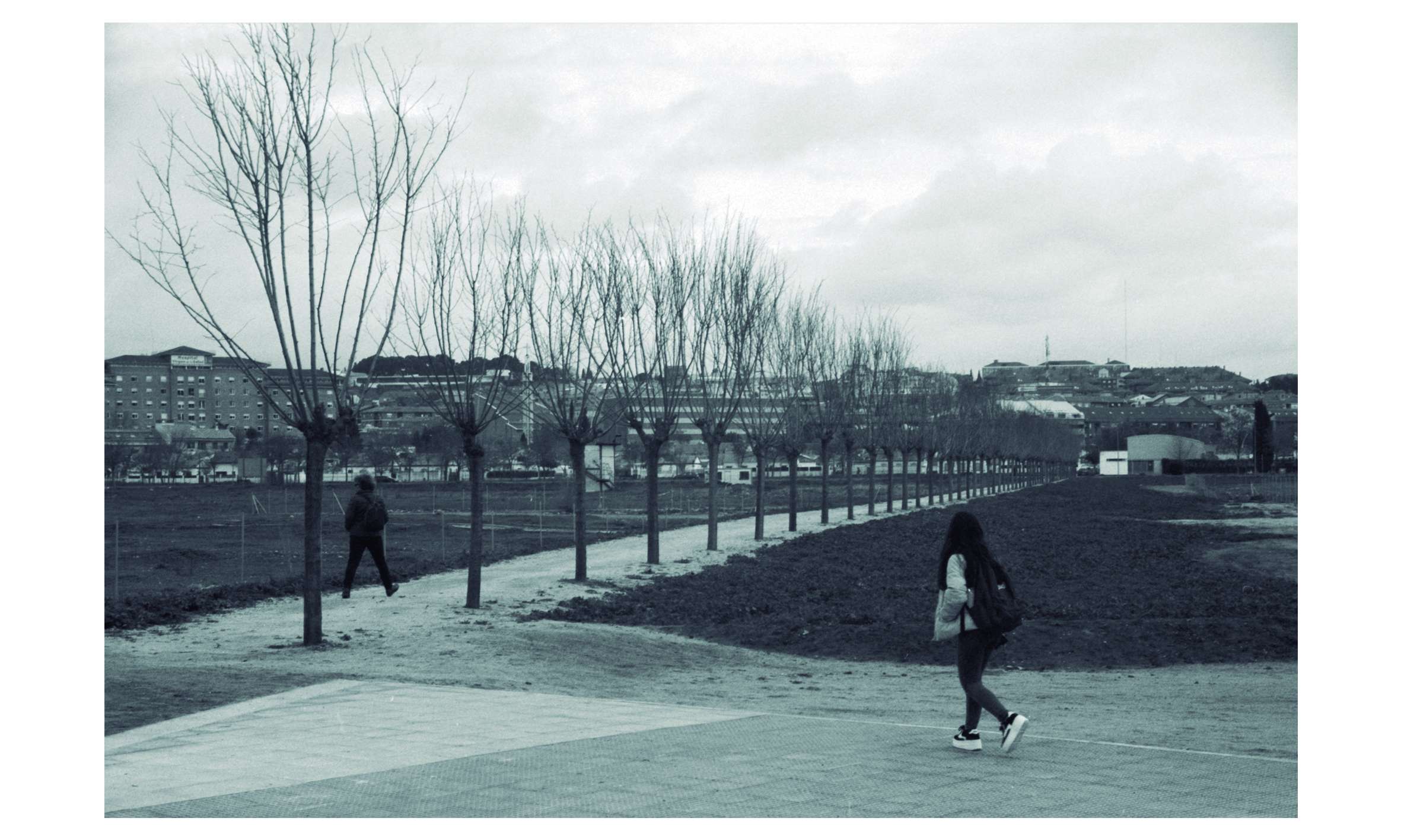 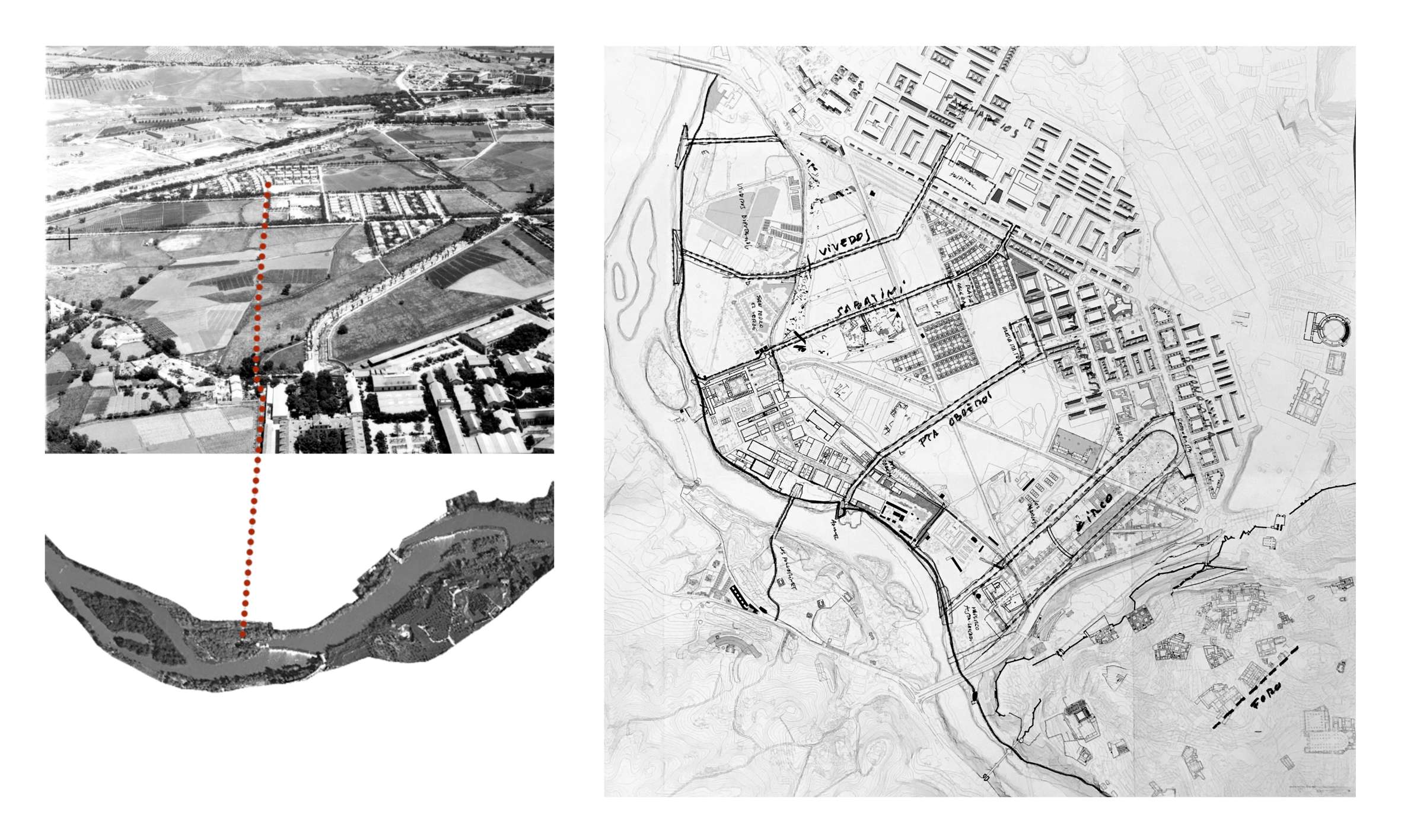 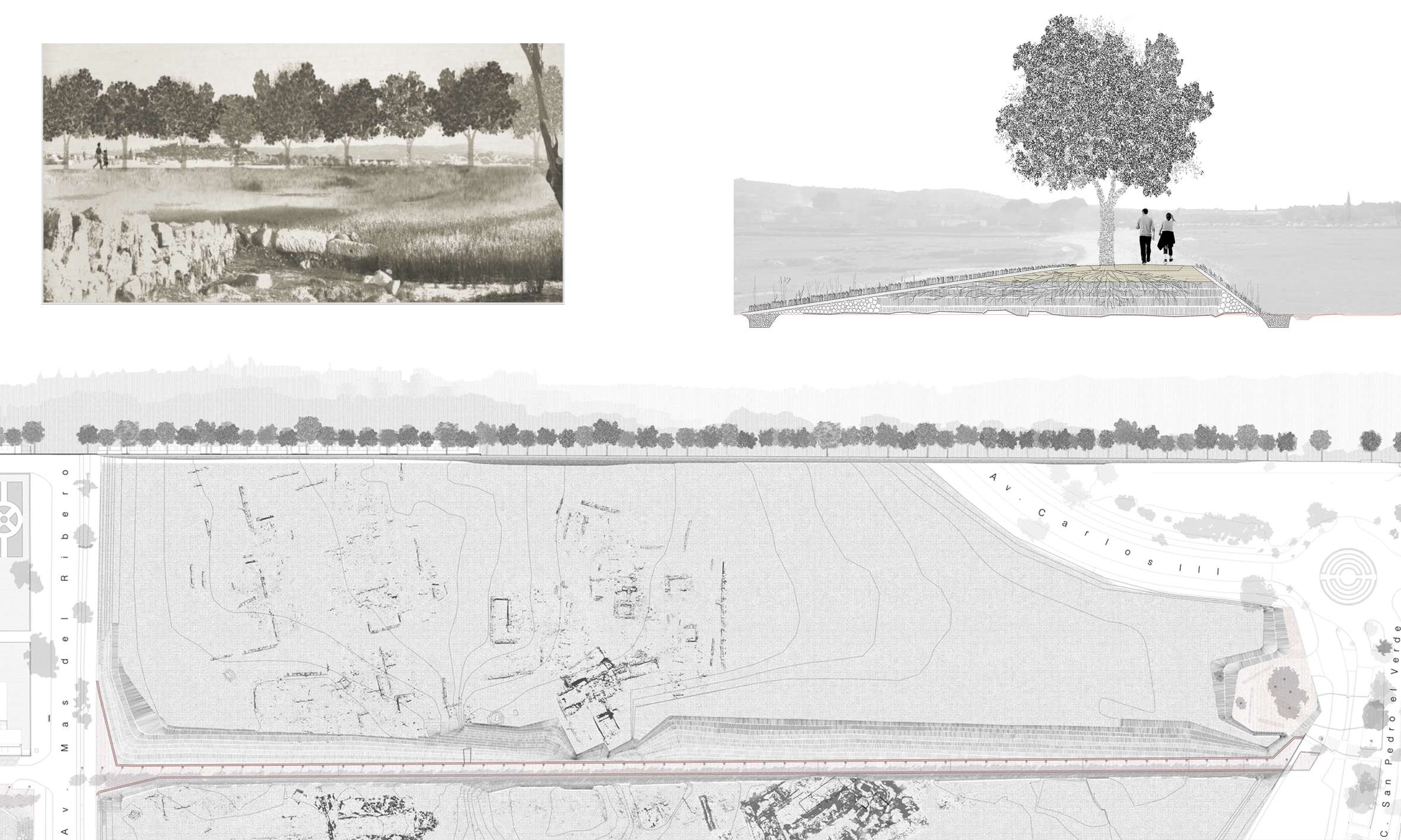 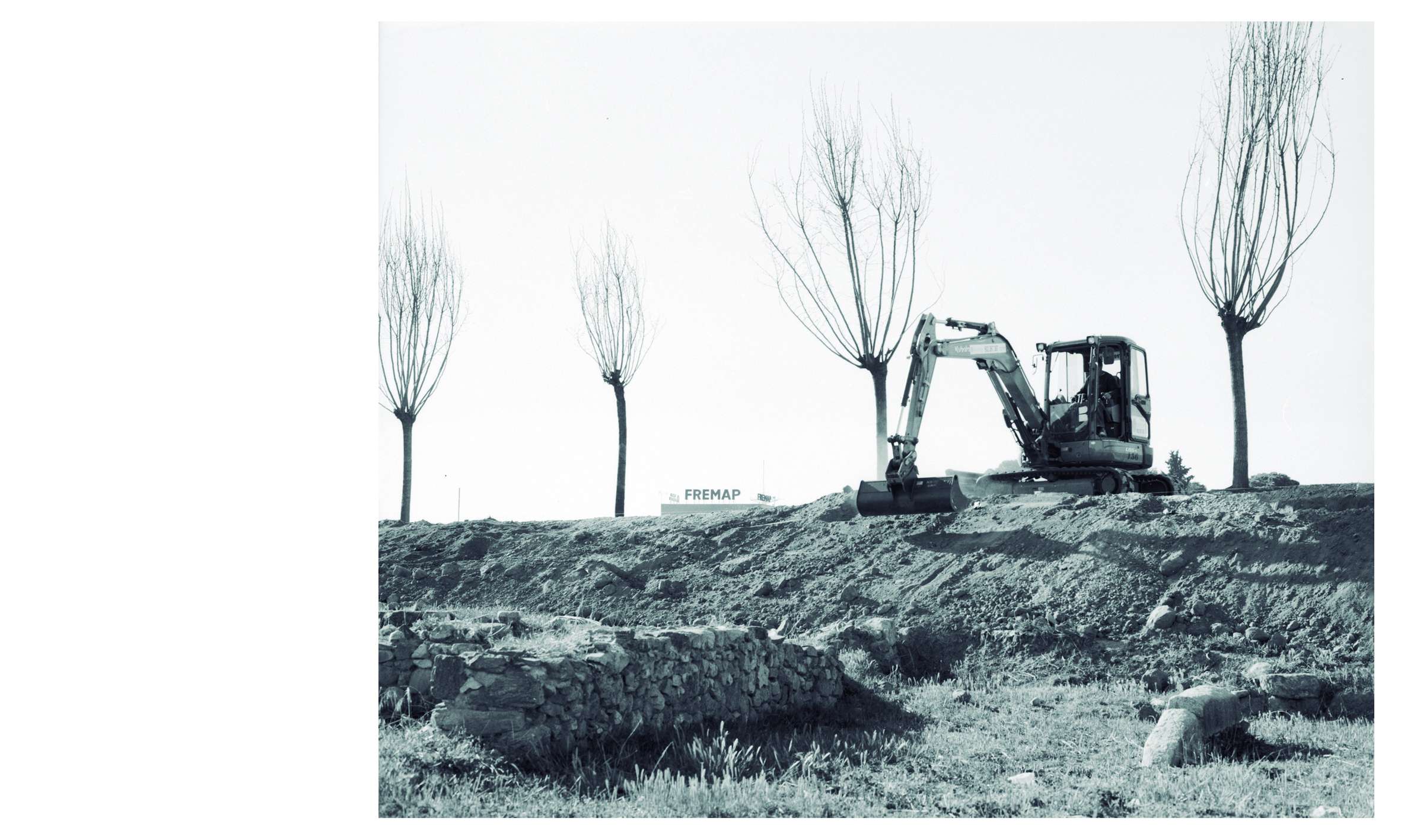 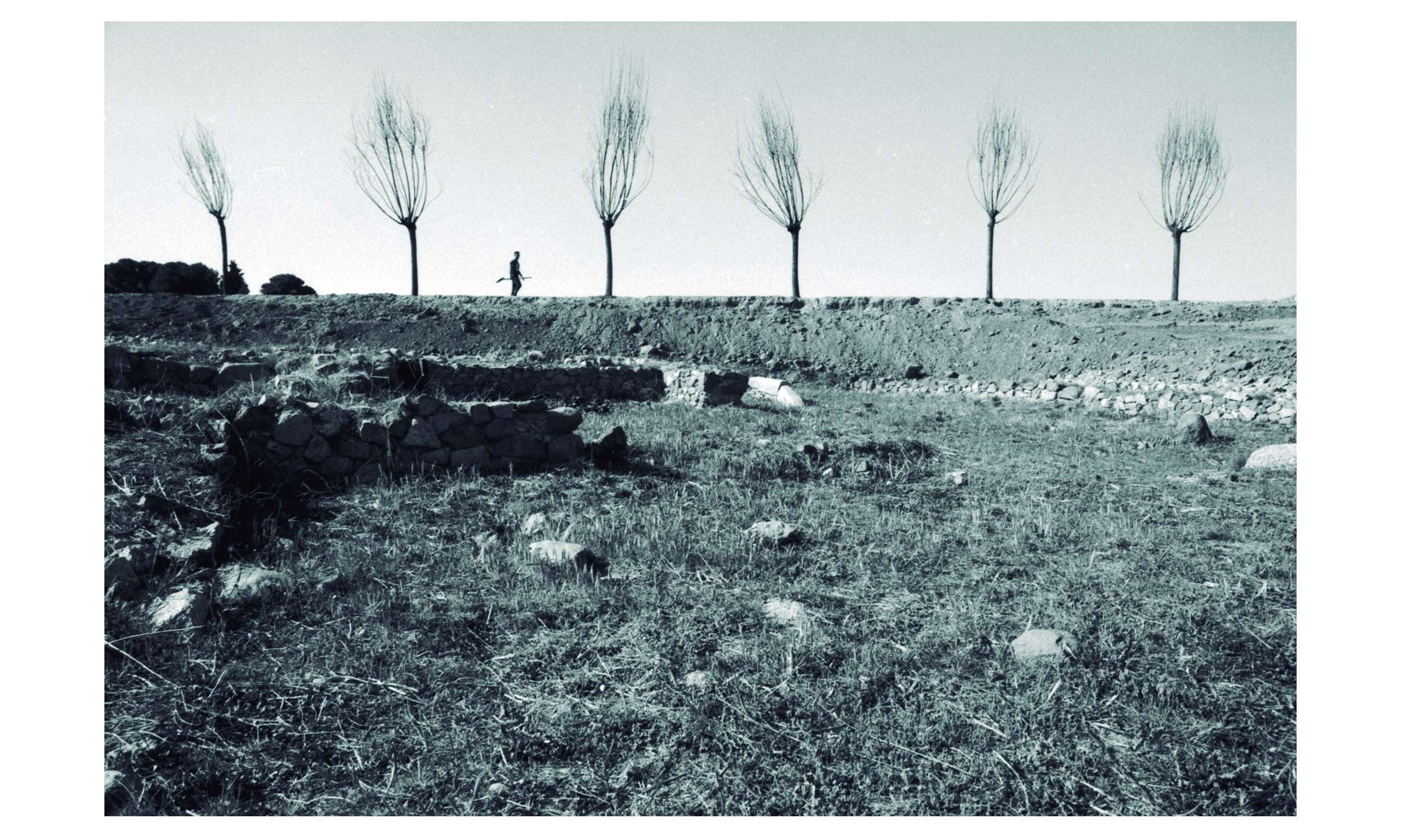 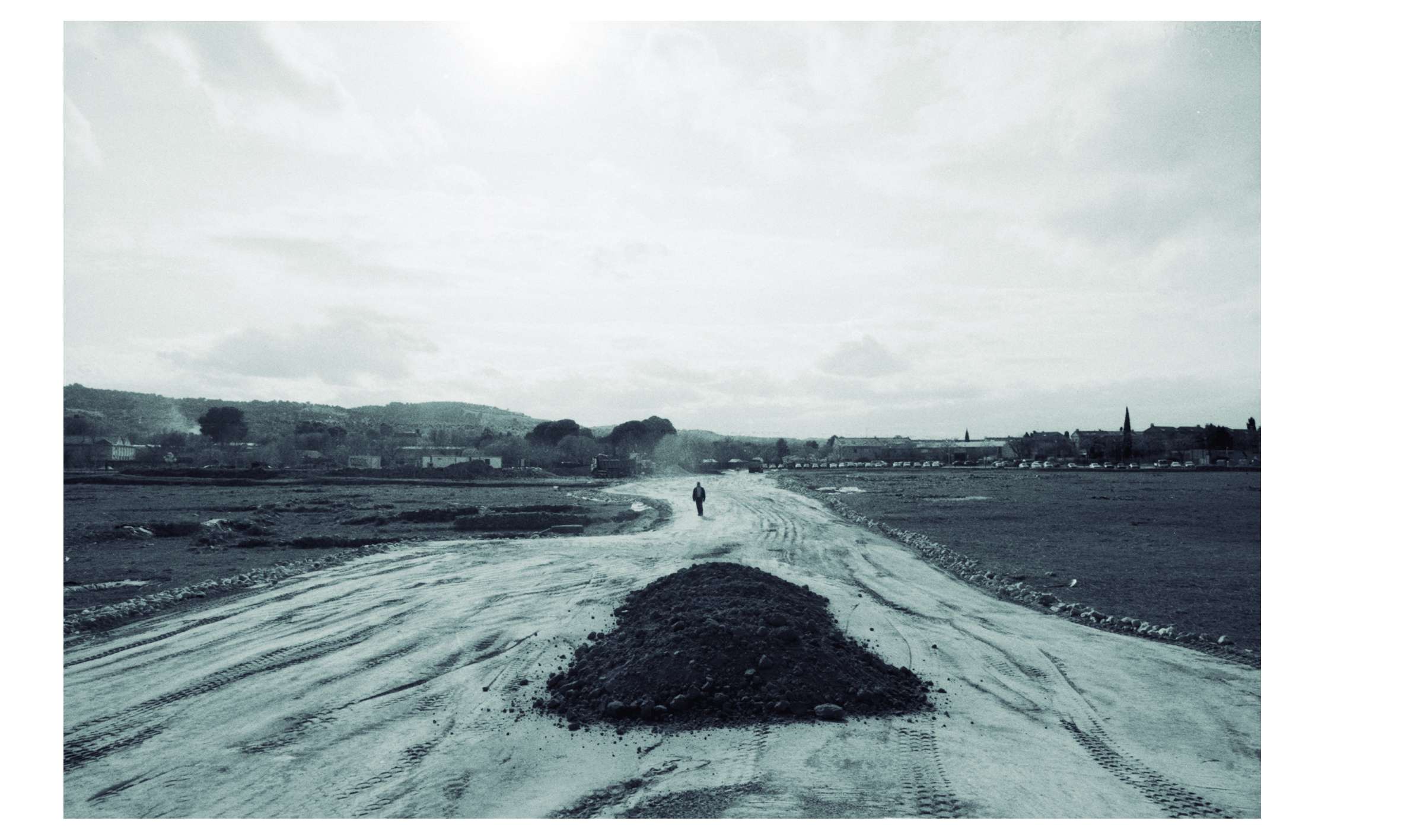 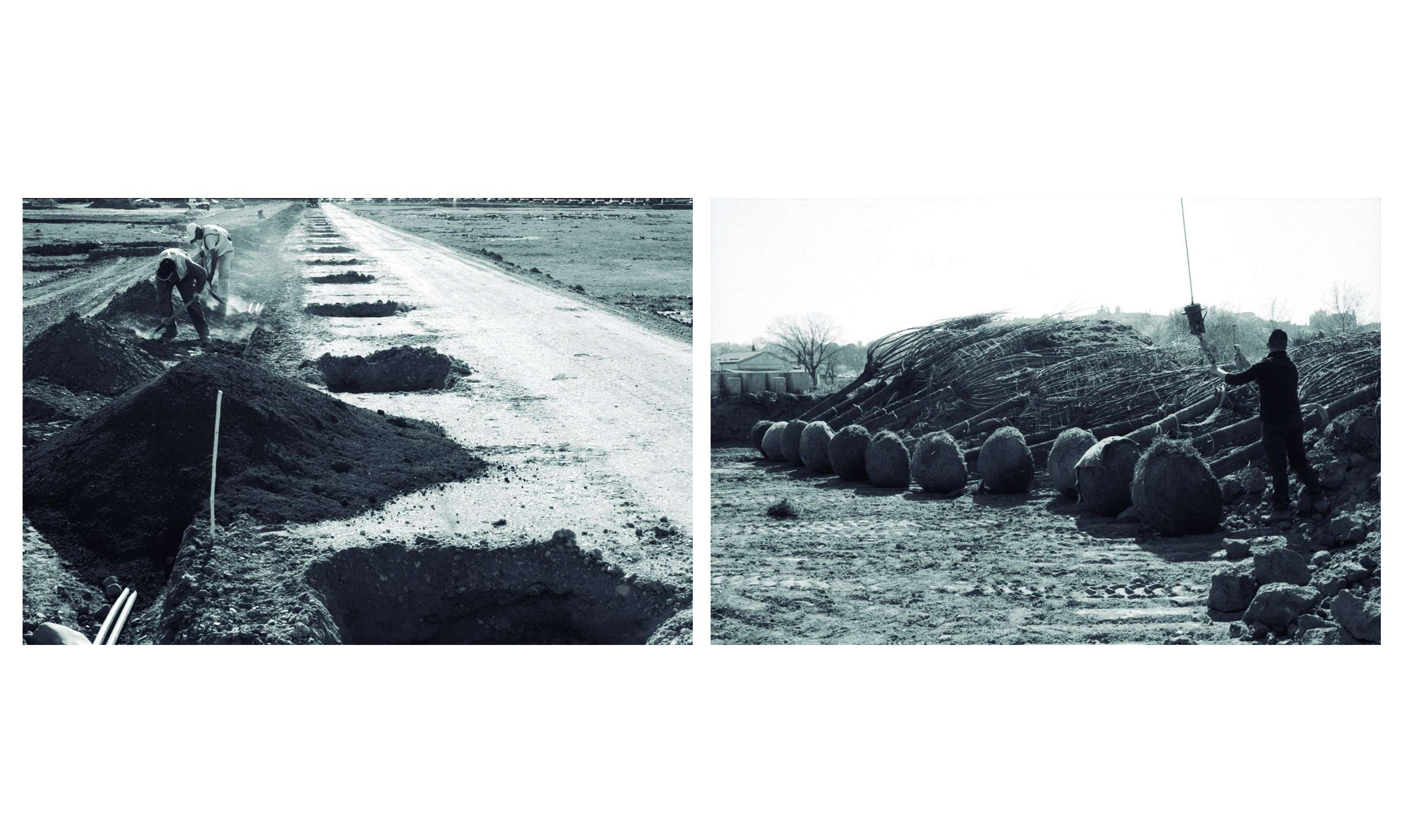 River-city path in the Vega Baja of Toledo

Toledo is a city of unique values, with a priceless legacy accumulated over the course of centuries that confers it with identity.

The city transcends its walls, encompassing the landscape. The image that Toledo conveys is one of unity between natural and built forms. From its granite promontory, the historic city dominates over the fertile plains of the Tagus river that surrounds it. The physical and visual relationships that exist between Toledo and its surrounding landscape must be placed foremost in the development of the city.

The project is located in Toledo's Vega Baja, a setting rich in landscape, archaeological and anthropological features. This flat expanse at the foot of the historic city harbors a significant amount of remains from past civilizations, such as the Roman Circus and part of the footprint of the old Visigoth city. In 2006, the construction of a 1300-unit housing development that would have covered the entire area was halted. In the years that followed, archaeological surveys were carried out and the area was designated an archaeological park. This project was eventually set aside, and the excavations were also suspended, leaving the future of this enclave in the air. The area became a huge vacant lot without a clear purpose, surrounded on all sides by fences, which ended up generating a border between the outlying areas of the Santa Teresa and Poblado Obrero neighborhoods and the Fábrica de Armas university campus, the shores of the Tagus and the San Pedro el Verde neighborhood.

Traditionally, the area of the Vega Baja and the Roman Circus was never an enclosed space. The installation of barriers conveys the message that the archaeological heritage that exists therein must be protected from the citizens themselves. This gives the city as a whole a negative image, given the fact that the administration itself is questioning the capacity of the citizenry to appreciate and look after its own heritage assets.

The project defines a path understood as an extension of Calle Armeros towards the Tagus, crossing the archaeological site and running along the wall of the former Fábrica de Armas up until it reaches the river.

A sensitive way of urbanizing the land is proposed, in accordance with the place, both from a physical and an immaterial point of view. Urbanization, as it is traditionally understood, would be aggressive with the landscape of the Vega and its memory. Thus, the project is inspired by the character of the trails that have traditionally crossed and organized this place, the network of tree-lined pathways that connected the historic city with the orchards, the Fábrica de Armas and the Tagus. Like those paths, the design is an invitation to cross the empty expanse under the shade of mulberry trees.

The path that has been laid out joins the Mas de Ribero and San Pedro el Verde Avenues, solving the two-meter-high difference between them. The surface of the path follows a constant incline above an earthen infill that adapts to the irregularities of the topography of the area and to the preexisting excavations. This embankment is made out of the earth that had been removed during the archaeological surveys and sat in mounds throughout the site. Above them, a layer of compacted natural aggregate was extended, and a finishing layer of red jabre—granite based gravel—defines the aspect of the path.

The second section of the path has a different character. It runs along a well-established trail parallel to the wall that encloses the Fábrica de Armas. In this area, the intervention focused on clearing the way and defining its edges, along with applying a layer of red jabre.

The cross section of the path has slight gradients towards the sides to enable drainage towards its base.  The slopes of the embankment have been hydro-seeded to favor their stability. At its base, the embankment sits upon a natural anti-root barrier that allows the archaeological stratum beneath it to transpire. This protective barrier is a cohesive layer that adapts to the soil settlement plain and is made out of a natural conglomerate of different types of sand, water and hydraulic lime to harden the mix, also incorporating a metal mesh as reinforcement. With time, this mix will acquire the consistence of a hardened lime coating due to the pressure and humidity it is subjected to by the weight of the earthen layers and the natural drainage process of the path.

The path is lined with mulberry trees planted on its southern side at six-meter intervals. Traditionally, mulberry trees have been used for their ornamental value, and in the flood plain of the Tagus river it has also been linked to the production of silk for the city's factories during the eighteenth century. Even today we can see these avenues of mulberry trees associated with the river and its valley. Their root development is horizontal, therefore when they are planted within an artificial elevation of earth, these do not affect the archaeological remains. These mulberry trees provide the path with shade while they also recall the natural and historical way of relating with the place. A new path in an ancient city.

The intervention calls for the need to integrate this setting into the city based on the coexistence between its rich archaeology and anthropological history and contemporary uses. It is the first step to revert the border that had been created. The path is now teeming with people walking from the city to the university or to the river, bringing them closer to the archaeological remains that can be seen on either side at the base of the embankments. The path proposes a new approach to urbanization and its standard solutions, using systems more in accordance with its specific setting and aiming to naturalize the city. The avenues of mulberry trees will soon blend in with the other historic paths that cross the city, their foliage becoming one with the greenery of the Vega Baja.