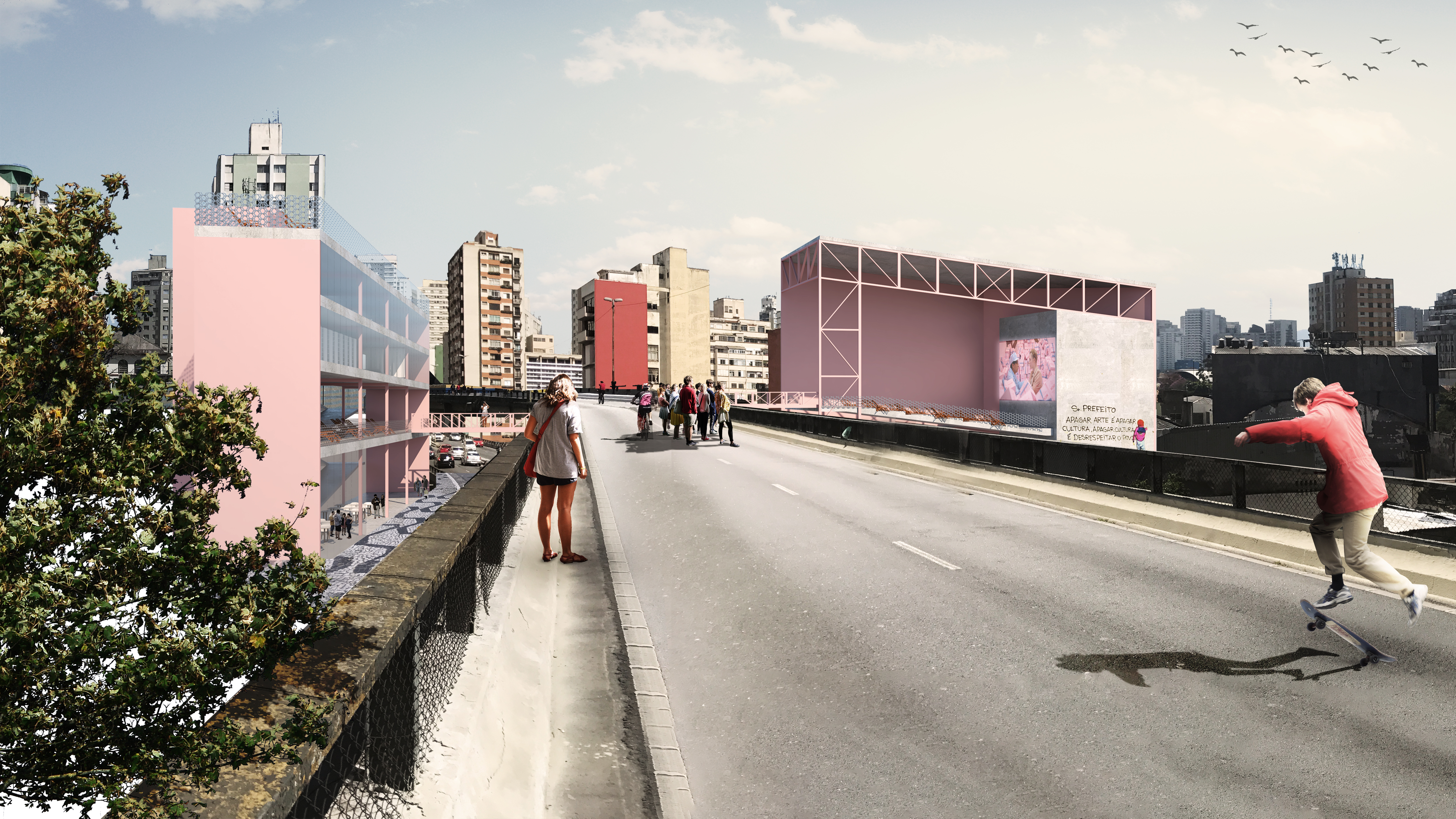 ‘Minhocão’ (‘Big Worm’) is the popular name of the 5km long Viaduct João Goulart which was built during the military dictatorship in São Paulo, going across the city center. Nowadays, it works both as an expressway for cars during weekdays and also as a public linear park for pedestrians during the weekend. Each access is located far away from each other and extremelly dedicated to cars only, making it an unsafe and an unpractical public space.

Two pairs of empty sites were chosen, not just to create new level tranposition spots, but also to point out which kind of public facilities lack in the city and could improve the healthy use of the structure. Currently, when the ‘Minhocão’ is used as a park, it happens mostly because of sports and cultural interventions.

The first pair of sites was set the cultural facility – including an open-air cinema and a multimedia library. At the second pair of sites, the sportsfacility would include dancing and fighting rooms, a public pool and three courts.

The horizontal transposition between buildings and viaduct were thought as kinetic structures. In that way, the buildings facilities would work despite the ‘Minhocão’s situation.

The project's goal is to increase the amount of accesses, decrease the long distances between them, creating new adresses and reference spots on the highway - offering new public facilities for the city and for the urban landscape.