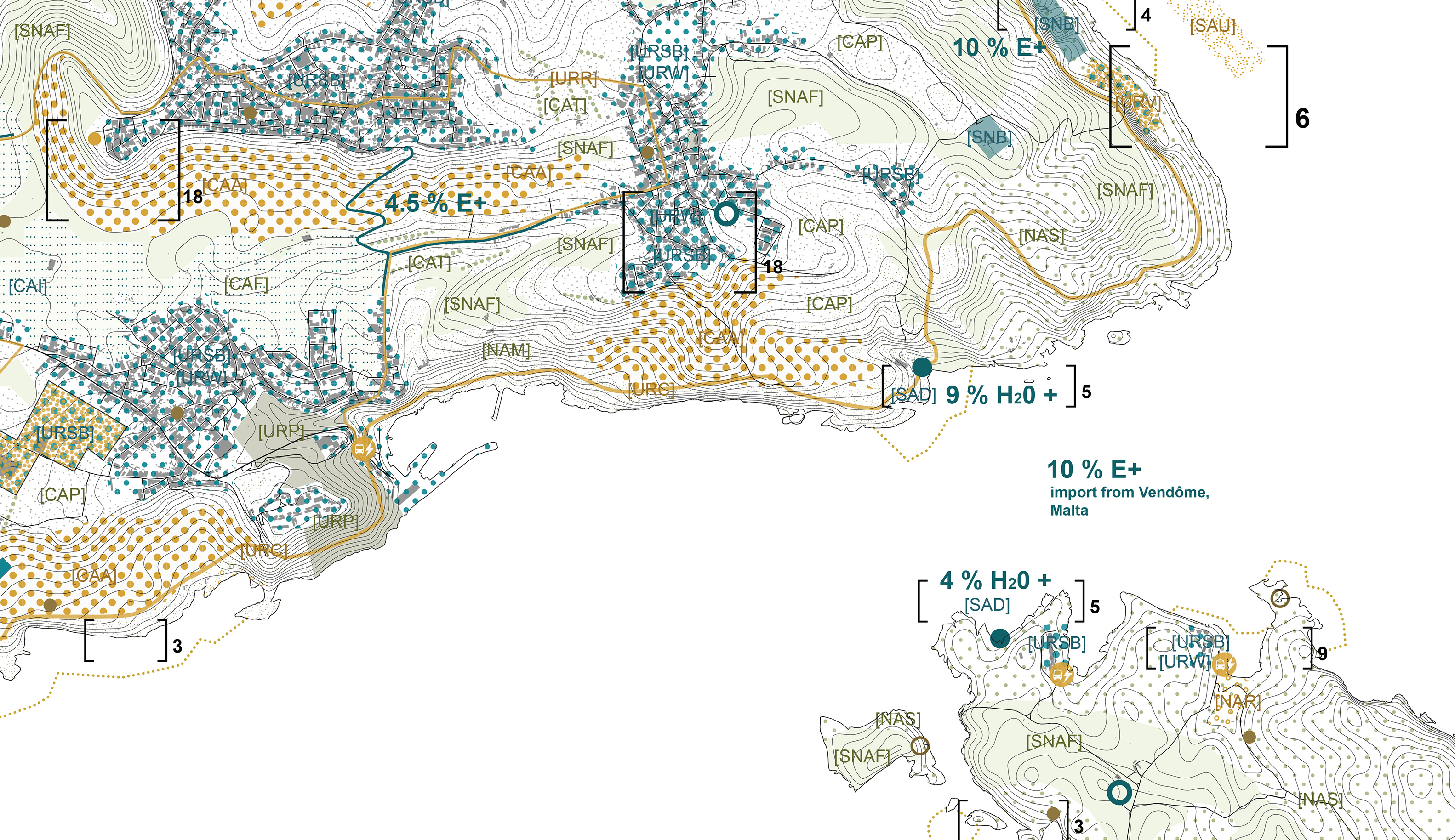 We recognise eco-tourism and regional agriculture as mitigation strategies for the increased climate change consequences, and as the most viable approach for the spatial development of Gozo and Comino, Malta. The vision proposes new green infrastructure and landscape related principles – advocating for nature that is both ecologically performative as well as socio-economically seductive. We suggest rational exploitation of water resources, as well as promote renewable and self-sufficient energy production. At the same time, we introduce new green infrastructure through ecological land use changes, proposed on areas with weaker landscape character, prone to erosion and environmental degradation.

On these degraded areas, afforestation is suggested, in order to improve (micro) climatic conditions and soil stabilization. Afforestation also unlocks social and economic benefits as it creates new opportunities for eco-tourism and recreation. Landscape identity and characteristic landscape typologies are preserved through agro-tourism and traditional agriculture. High-technology agriculture is developed in forms of vertical and underwater farming, due to its independent, self-regulated microclimate and especially due to optimized use of water and nutrients. Problem of water deprivation is resolved by establishing a comprehensive system for seawater desalination, rainwater harvesting and wastewater recycling. Energy self-sufficiency is predominantly achieved by solar energy production, placed on solar island, main roads and rooftops. Energy is also partly produced from biogas, which is as well used for local transport needs.