SACRA’SCENICPERCEPTION, Action Plan for the Valorization of Scenic Resources 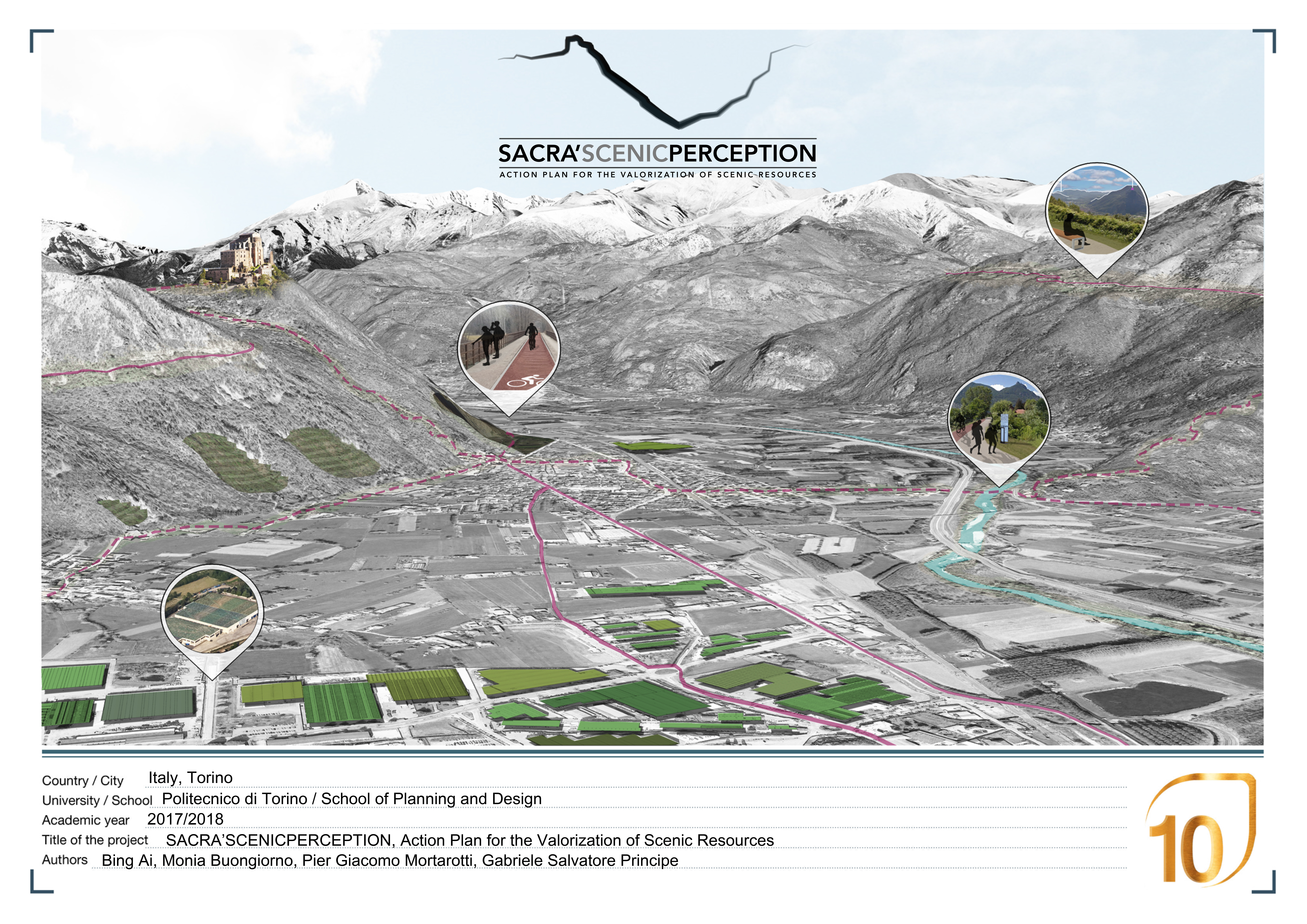 SACRA’SCENICPERCEPTION, Action Plan for the Valorization of Scenic Resources

The Sacra di San Michele is an identity mark, it is a visual fulcrum recognized for its castling on Pirchiriano Mount, visible from most of the territories around and from the Turin plain. The Action Plan for the Valorization of Scenic Resources is inserted, as an operational tool, in this laborious path of Unesco application, and it is going to analyze and indicate concrete improvement proposals in order to mitigate and resolve the elements of perceptive degradation present in the territory. It was possible to create a Strategic Masterplan from which it has emerged how the scenic-perceptive component played a predominant role within the system of visual relations between the Sacra di San Michele and the landscape. From the “Privileged spot to observe the landscape”, the visual relationships between these and the scenic beauties were observed, taking into consideration the critical factors and visual detraction.

The design phase focuses on mitigating the visual impact caused by such factors: the renaturalization of the quarry slope of Sant’Ambrogio, thanks to morphological modeling; or even the installation of green roofs, or green bituminous sheaths on industrial buildings in order to mitigate the visual impact from the viewpoints; or the enhancement of the intervisibility, even of historical nature, between the Sacra di San Michele and the alpine village of Celle on the opposite mountain. This work lays the foundations for the development of the scenic resources present in a territory, which needs a landscape sensitivity in order to preserve and enhance its valuable components.