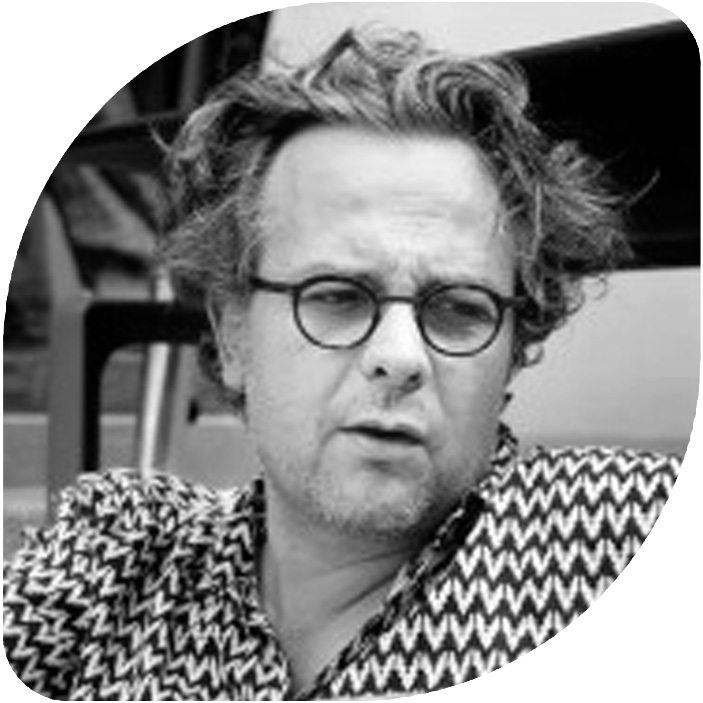 After completing a university degree in Art History, Sébastien Penfornis (born 1973) proceeded to formally train as an architect (EAB Rennes, TU Delft, EA Nantes). He spent 8 years collaborating with numerous practices in Rotterdam in the Netherlands (Schie 2.0, KWau, Made, Kaap3, West8) where, in an innovative and progressive environment, he explored various scales and typologies of landscape projects through urban and territorial reflections. As of 2006, he is co-founder and director of Taktyk (Paris/Brussels) and guest teacher at the ENSP Versailles (project department). Since 2012 he has been undertaking a PhD (Research by Design) with RMIT Melbourne (Australia) which explores through his practice the notions of "serendipity and bricolage" in transforming the landscape design process. 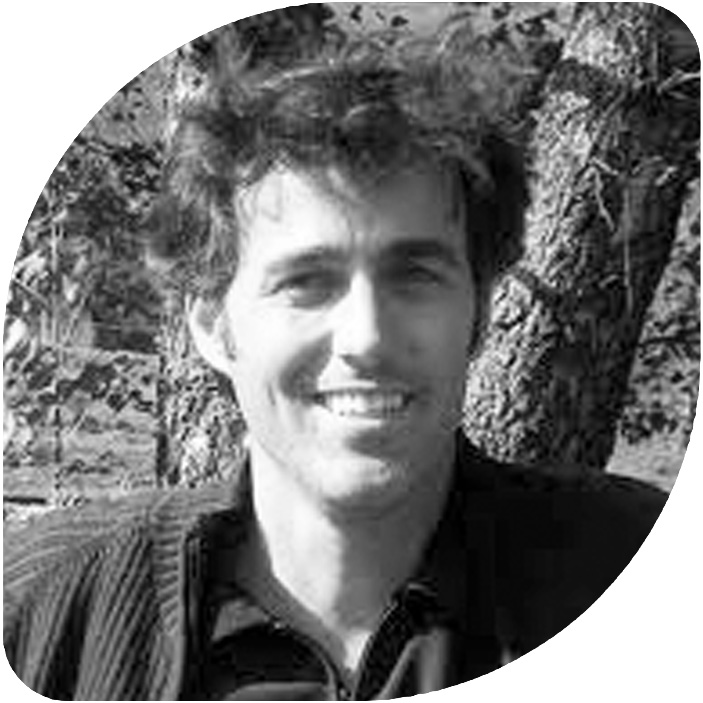 Craig Verzone is a registered landscape architect in the state Massachusetts (USA) and is a member of the Swiss Federation of Landscape Architects as well as the American Society of Landsape Architects. He co-founded the office Verzone Woods Architectes - paysage, urbanism, architecture in 1995 with architect Cristina Woods. Verzone and Woods have grounded their collaborative, multi-disciplinary practice in the Swiss Alps while also setting professional roots in Barcelona and northern Spain. Verzone studied landscape architecture at Cornell University and Urban Design at the Harvard Graduate School of Design and received the Rome Prize in Landscape Architecture from the American Academy in 1998. He has recently taught in the University of Virginia School of Architecture, L'Ecole d'ingénieurs et d'architectes de Fribourg, Switzerland as well as at the Harvard Graduate School of Design. 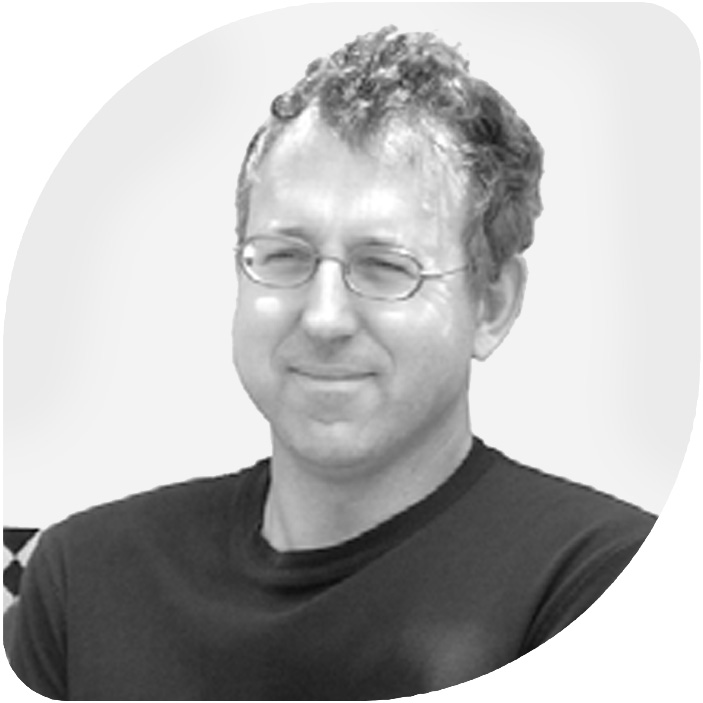 Teacher and landscape architect. Born in Ausburg (Germany): he graduated prom Munich polytechnic and has studied at Munich, Versailles and Italy. He has taught at the Munich Polytechnic, at the art academy in Berlin, and in Other Italian faculties as a temporary lecturer. From 2002 to 2006 he was director and associated professor of the Landscape architecture department of the University of Montreal. He collaborates with CUPEUM, Chaire Unesco of Paysage et Environment for their international activity and research into suburban landscapes. He has participated in the Bolzano Habitat research (2001), he directed the group Napoli Campi Flegrei of the international research Urban Catalyst of the EU. He collaborates with Sardinian region Landscape Observatory and has been president of the jury for Sardinian Landscape Prize (2007). He has written several articles on contemporary and historical landscape architecture which have been published in reviews and several books. He participated in 1992 in foundation of Topos Journal. Since 2008 he is a member of scientific committee of the "Città con vista" series. From 1995 to 2002 he has directed the Berlin office of Burger-Tischer and later the Tischer studio in Montreal (2002-2006). His projects include: the exterior of Dresden University, the garden exhibition park at Potsdam, experimental garden at Metis, Montreal and Padula (for Ortus Artis), Prizes include: Fontana Candida park in Rome (1st prize 2006) , Kaisaniemi in Helsinky (1st prize 2001) garden city of Hellerau (1st prize 1998), ex female concentration camp in Ravensbruck (1st prize 1998) and Hannover expo (4th prize 1996). 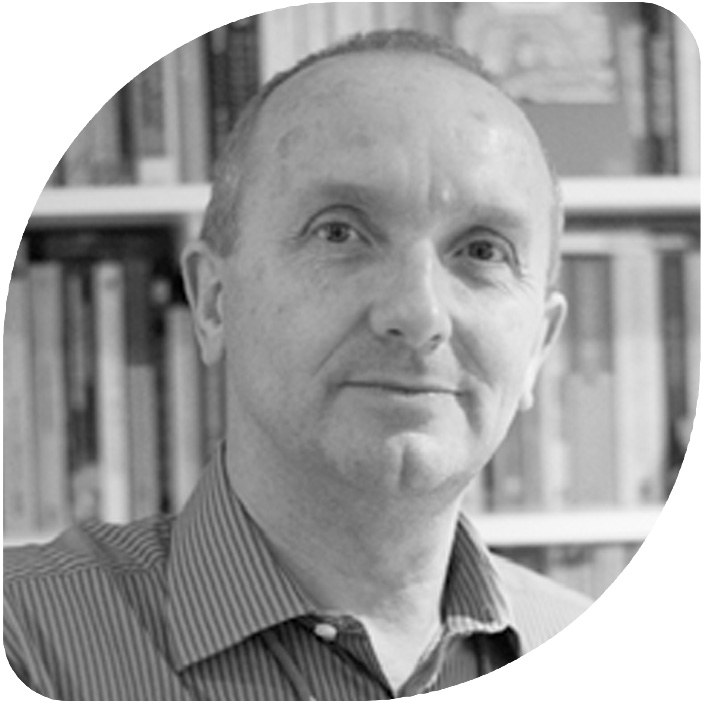 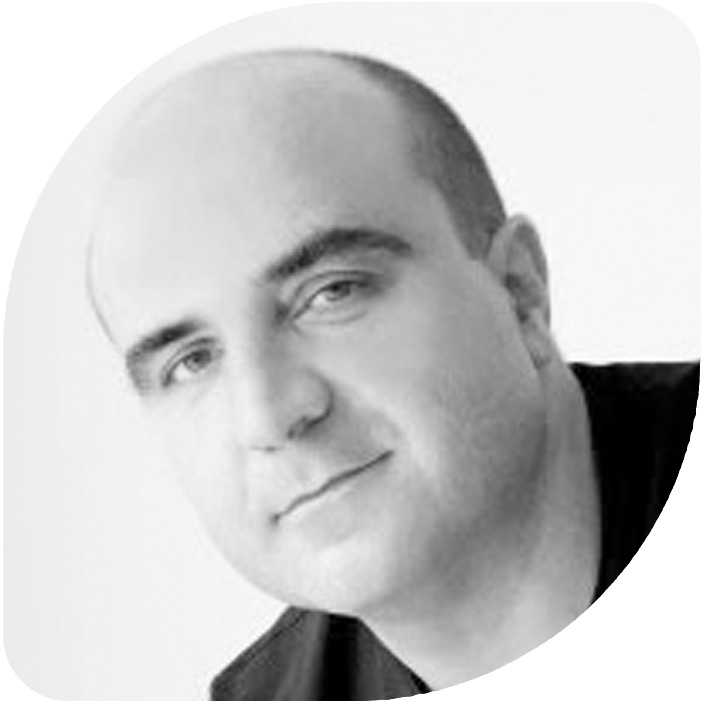 Vicente Guallart is the Chief Architect of the city council of Barcelona and founder of the Institute of Advanced Architecture of Catalonia (IAAC), which he directed during its first 10 years. Vicente Guallart is a pioneer of interaction between nature, technology and architecture, proposing new paradigms based in urban, social and cultural conditions emerging from the information society. From this position, he has explored the emergence of a new kind of urban development linked to the concept of the Metàpolis (a term coined by the French sociologist François Ascher), as a discontinuous metropolis that calls for the project design of both the constructed and the natural. He also created his own professional studio, Guallart Architects, now directed by Maria Diaz, a widely recognized architectural practice achieving numerous international awards, as well as participating in several one-man and collective exhibitions. He is the author of numerous books, including GCeoLogics, Socióôpolis, Media House Project and Geocat, and co-author of the Metàpolis Dictionary of Advanced Architecture, the research study HiperCatalunya, and editor of the book Self-sufficient Housing. 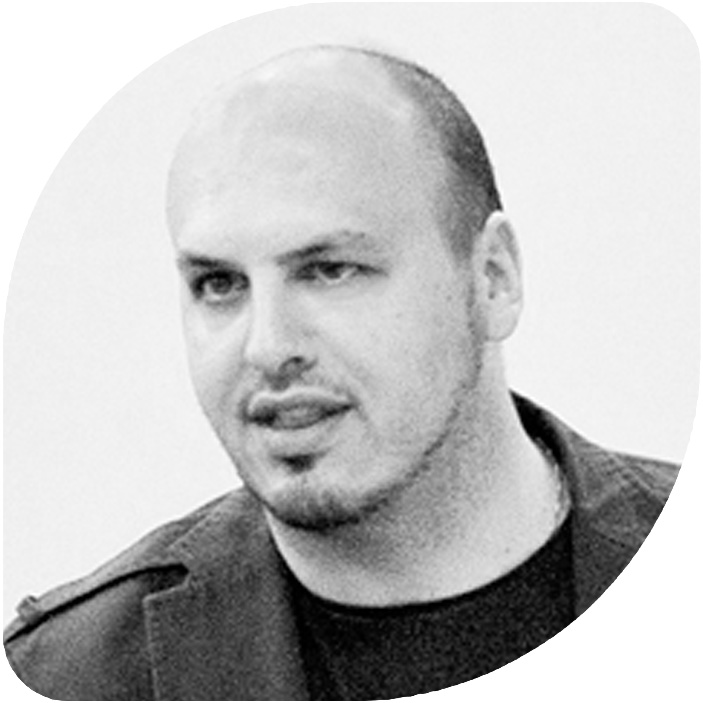 Chief Architect of Expo Milano 2015, after having signed the Site Masterplan, is now Thematic Spaces Director. Research-worker and Assistant Professor in Landscape at Milan Politecnico. Graduated with honours, Phd in Urban Projects and Policies. Prizes and fellowship winner attended internationals seminars and study experiences at architectural firms e.g. Steven Holl, Albert Viaplana and Enric Miralles. Coordinator of Architecture&Land Ambient Design Laboratory carried on an intense research activity on urban and social landscape. City Planning advisor at Comune of Milano, he worked on the OMA/AMO Bovisa Masterplan and on the CityLife project with Daniel Libeskind, Zaha Hadid and Arata Isozaki. He exhibited at Venice Biennale 2002, 2004 and 2012 and at Beijing Biennal 2006. Writes on various reviews and periodicals of urbanism and architetcture. 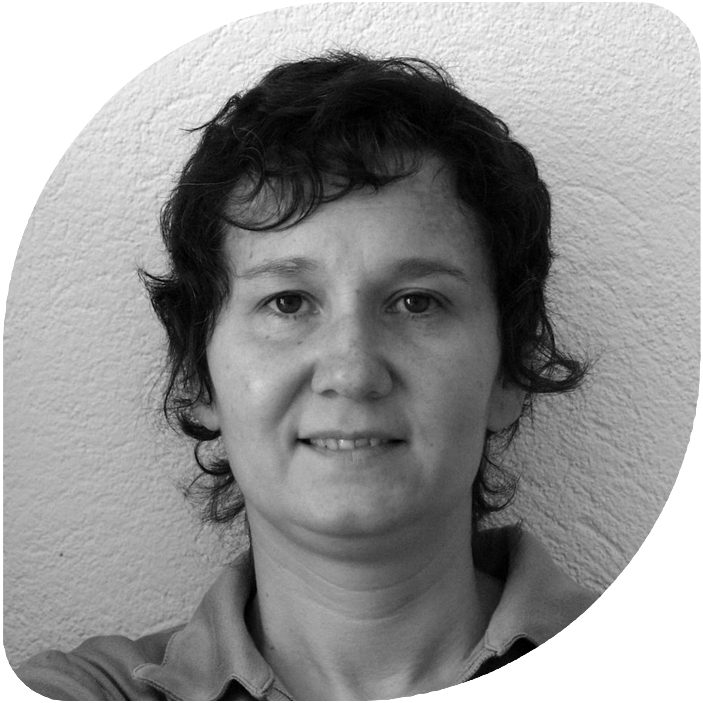 Ramon Bosch and Bet Capdeferro are graduate architects of the Escola Tècnica Superior d'Arquitectura de Barcelona (ETSAB). Bet Capdeferro followed the Masters in Landscape Architecture from the Fundació Politècnica de Catalunya. ln 2003 they founded the office bosch.capdeferro arquitectures in the town of Girona. Their professional activity has progressed in parallel to teaching in Barcelona, Zurich and Girona, supporting from the fields of theory and research the development of design and construction processes. Their work has been recognized with the FAD prizes and selected in several editions of the European Landscape Biennial. They were awarded with the Young Catalan Architects Prize in 2002 and Girona's Architectural Prize in 2010 and in 2012. ln 2011 they were awarded with the Interior Design ASCER Ceramics Award and the Emerging Architect Special Mention of the European Union Prize for Contemporary Architecture - Mies van der Rohe. 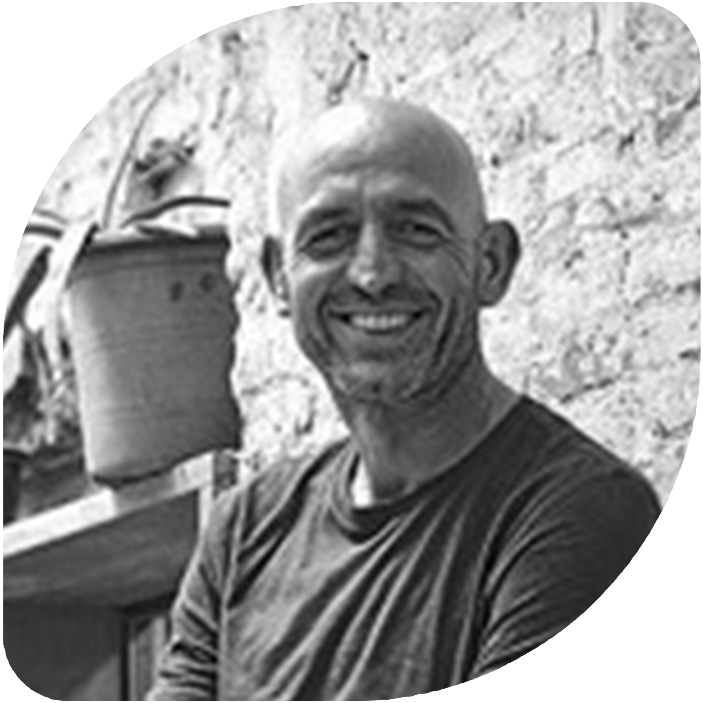 Alejandro Giménez Imirizaldu, architect and town planner. Studied in Barcelona ETSAB and was professionally raised by Beth Cali, Manuel Solè Morales, Enric Miralles and Manuel Ruisánchez amongst others. Teacher at Barcelona Architecture School Town Planning department, Pompeu Fabra and Salamanca Universities. Runs his own practice since year 2000 in a Wide range of fields that include ephemeral architecture and exhibitions, furniture and interior design, building and restoration, urban and land art and, mainly, town planning studies. Founder and director of RACONS PÚBLICS, an internatonal competition that has is running its third edition in Barcelona, and the first in Bilbao, dealing with small scale urban issues that require creative tools and approaches other than the formal. 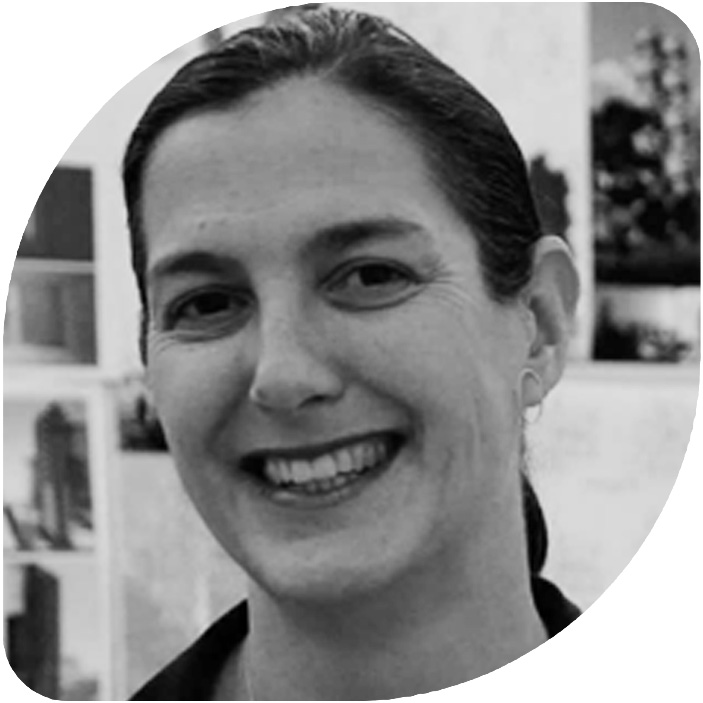 Dr. SueAnne Ware is a Professor of Landscape Architecture and the Deputy Dean of Research at RMIT University in Melbourne, Australia. Her awarded built projects, scholarly and professional publications, have contributed to a growing discourse in landscape architecture and design research. Ware with Julian Raxworthy, co-authored: Sunburnt: Australian Practices of Landscape Architecture, Amsterdam: Sun Publishing (2011). Her design project, the SIEVX Memorial, Canberra (2007-2008), examines the plight of a group of 400 "illegal" refugees, mainly Afghan and Iraqi women and children, who drowned off the coast of Australia. It was recently awarded a National AILA award for design innovation. 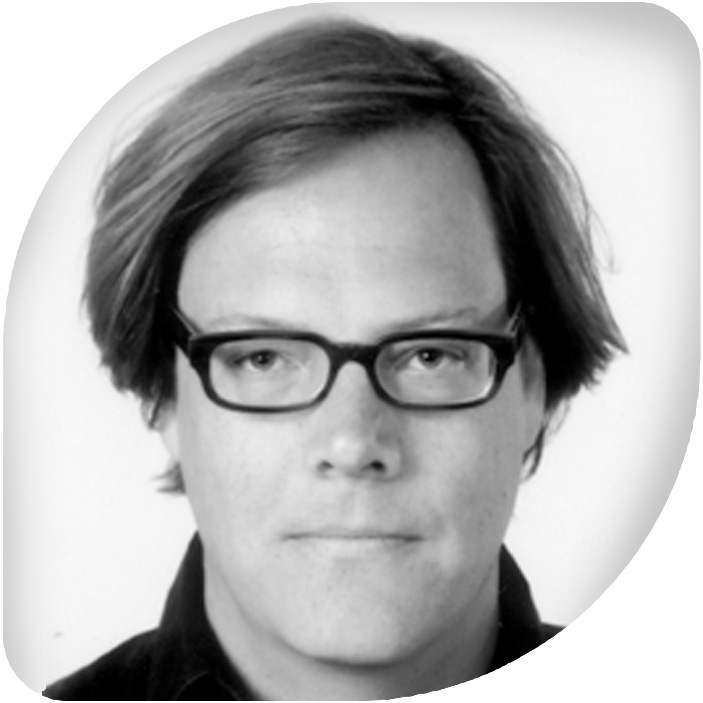 Jorg Sieweke (b.: 1968) is a registered landscape architect and urban designer in Berlin. His design practice _ scapes has received numerous prizes and awards. He published widely e.g. Atlas IBA Hamburg to help conceive the agenda for the IBA 2013. Sieweke taught at various schools in Dresden, Berlin, and Stuttgart, since 2009 he serves as Assistant Professor at the University of Virginia. He directs the design-research initiative ParadoXcity investigating the particular adaptations of Delta Cities struggling for stability in swampy ground. Comparative research on New Orleans and Venice allow critical insights in the ongoing process of modernization and the urban metabolism.