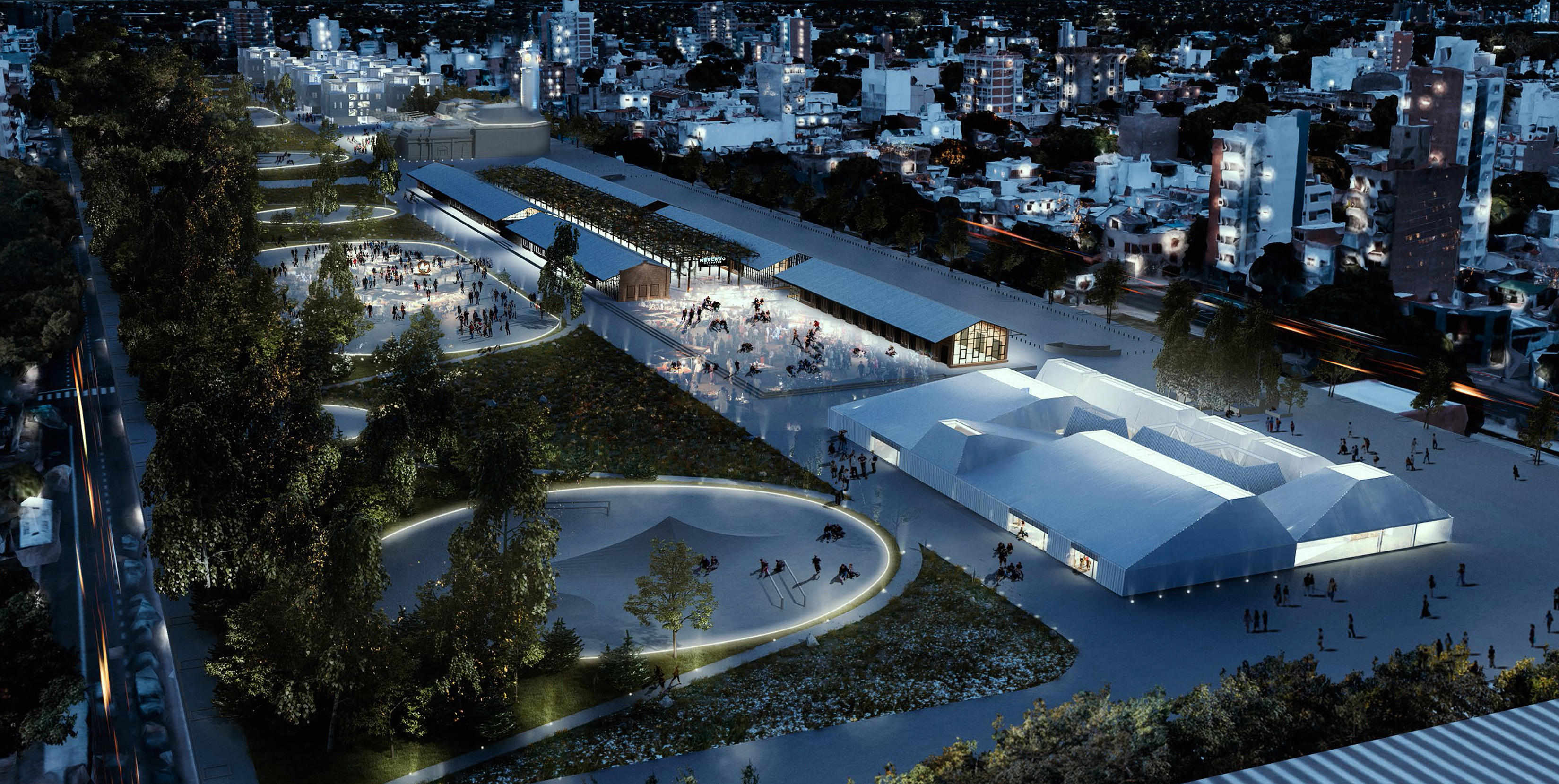 We understand contemporary citiy as a complex network of interactions juxtaposed with each other in the same space. These interactions are defined by the elements that make up the different layers of the urban space and the activities and programs that are carried out in them. This spatial framework is inhabited by people who in turn propose variables of spontaneous appropriation and new uses. We quote Dr. Edgar Morin in his conference on complexities: “To understand the sense of complexity, two complementary and antagonistic notions must be united, the importance of not conceiving separate objects but the relations between them.”

From this idea of relations and interactions between opposites arises the concept on which the project is developed.

The potential to exploit these complex urban interrelations for the elaboration of project strategies, translated into architectural proposals, allow new building events articulated in order to compose a new natural and artificial landscape, define new spaces that generate civic life and urban regeneration.

Our Project aims to reflect and ask from the academic how to operate in complex areas crossed by obsolence. Rethink the operation between the urban and the landscape to reimagine the future of certain areas of the city.

As a result, a conjunction between Architecture and Landscape is obtained, the symbiosis between the seemingly opposing notions that make up a single totality and are balanced against each other, organized through a design that allows for adaptability and re-functionalization.