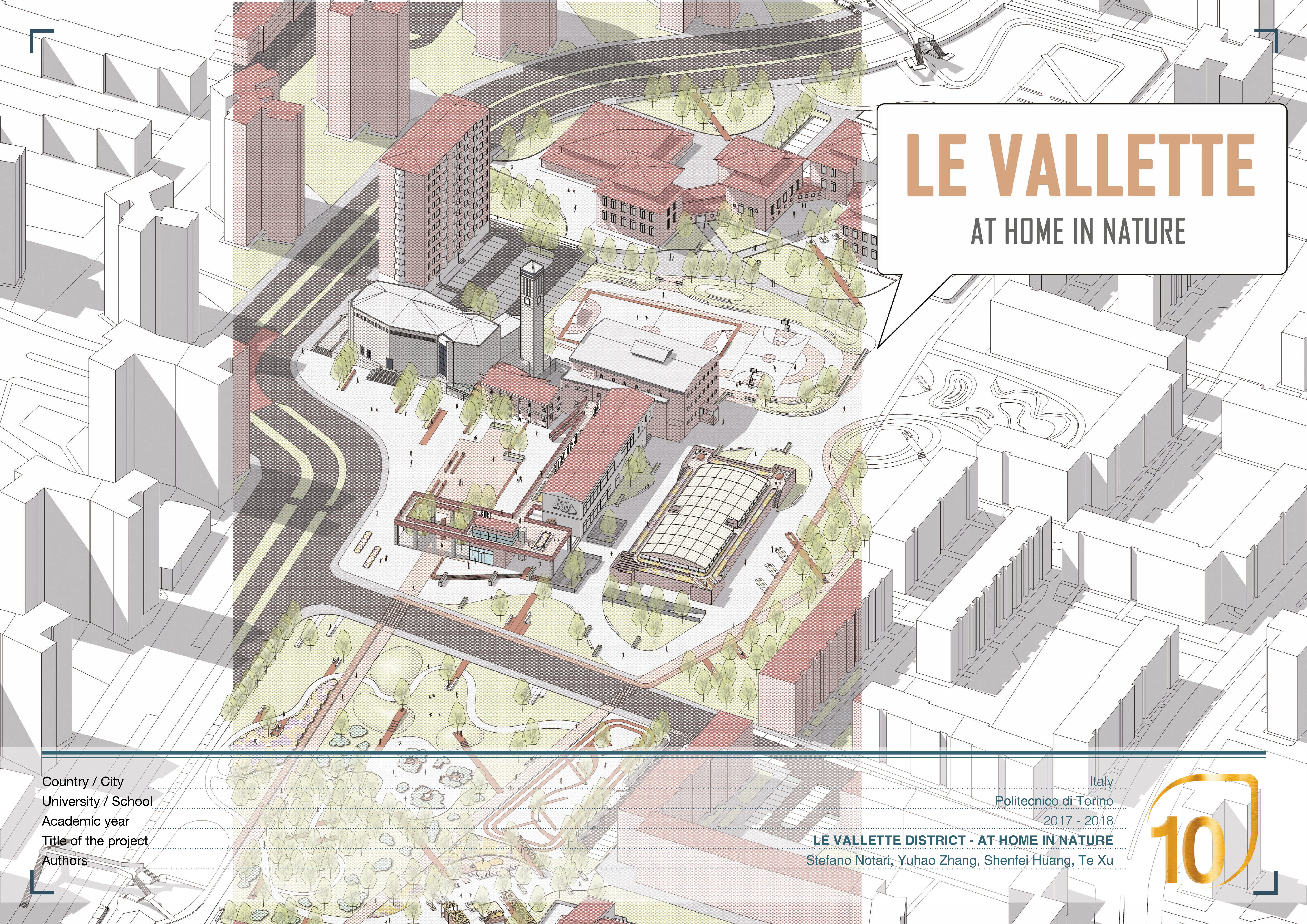 Le Vallette is a district in the outskirt of Turin distinguished by the huge amount of green areas, the aging population and the strong sense of identity of the people with the district itself, due to its isolation from the rest of the city.

The aim of the project is to re-design the central area of the district, which is characterized by a strong fragmentation of the spaces and by the lack of services, trying to renew the image of the whole district, making it more attractive for the people of the neighborhood and future residents, especially for young people.

We wanted to renew this area using the strong sense of identity and the natural vocation of the district in order to make people feel at home in a wild-looking space that offers a wide range of services.

We designed different types of green areas that mimic various ecosystems in order to give to the inhabitants of the neighborhood the ability to feel more in touch with nature and to adopt a greener lifestyle.

We used different ways to make clear the contrast between 'Home' and 'Nature': to give the feeling of being home we tried to create the sensation of coziness and confort, while natural feeling was given by irregular forms and wild-looking plants disposed with irregular patterns.