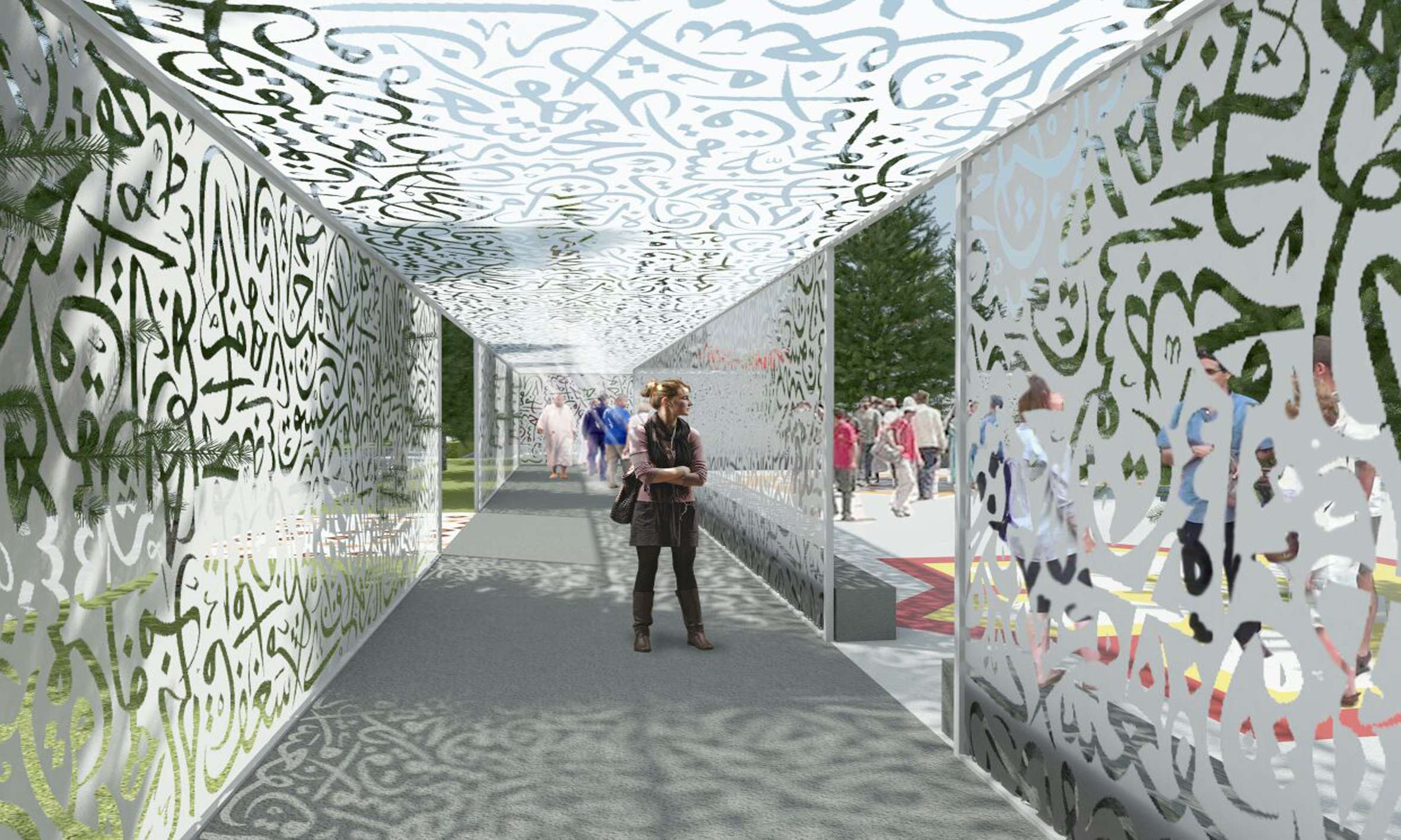 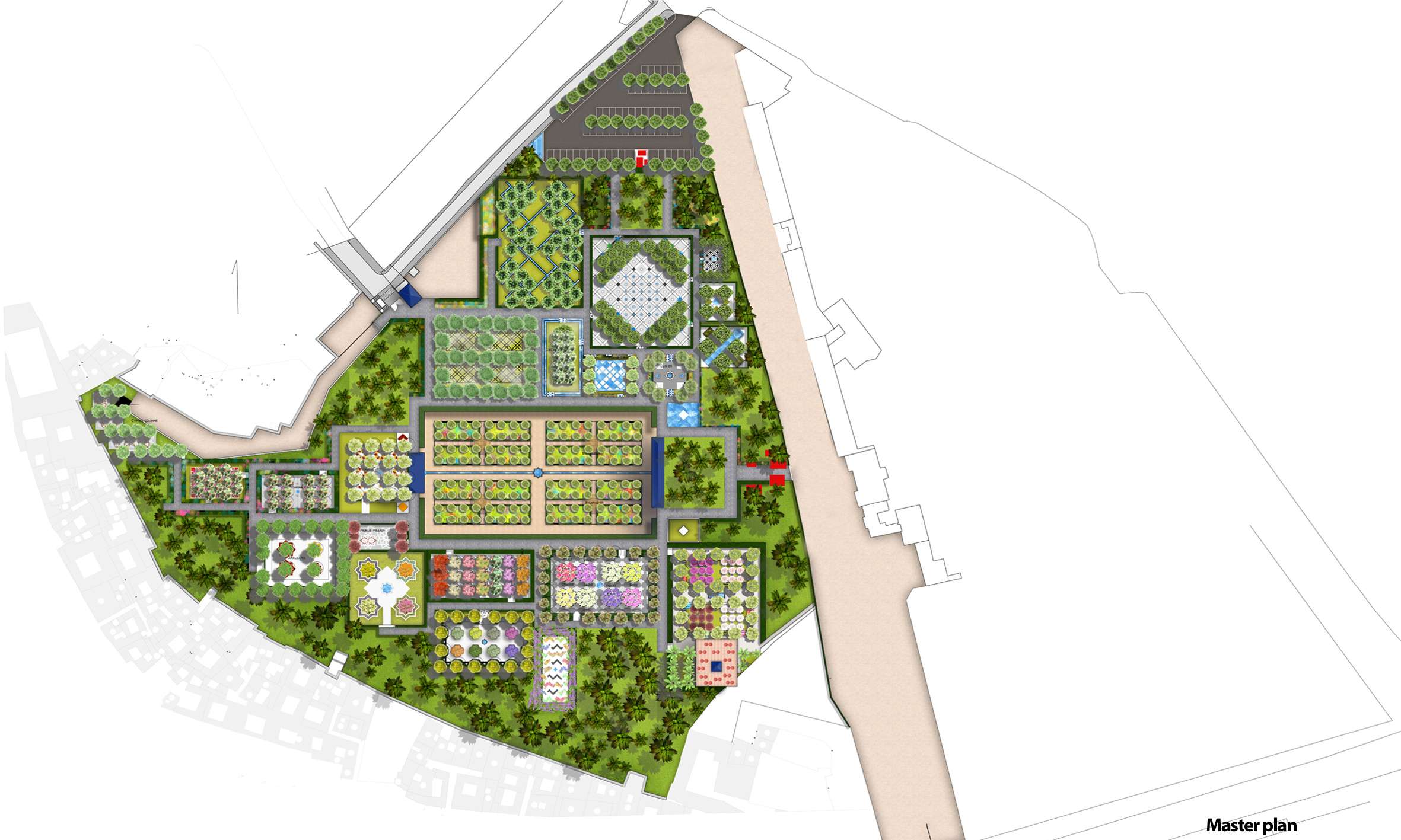 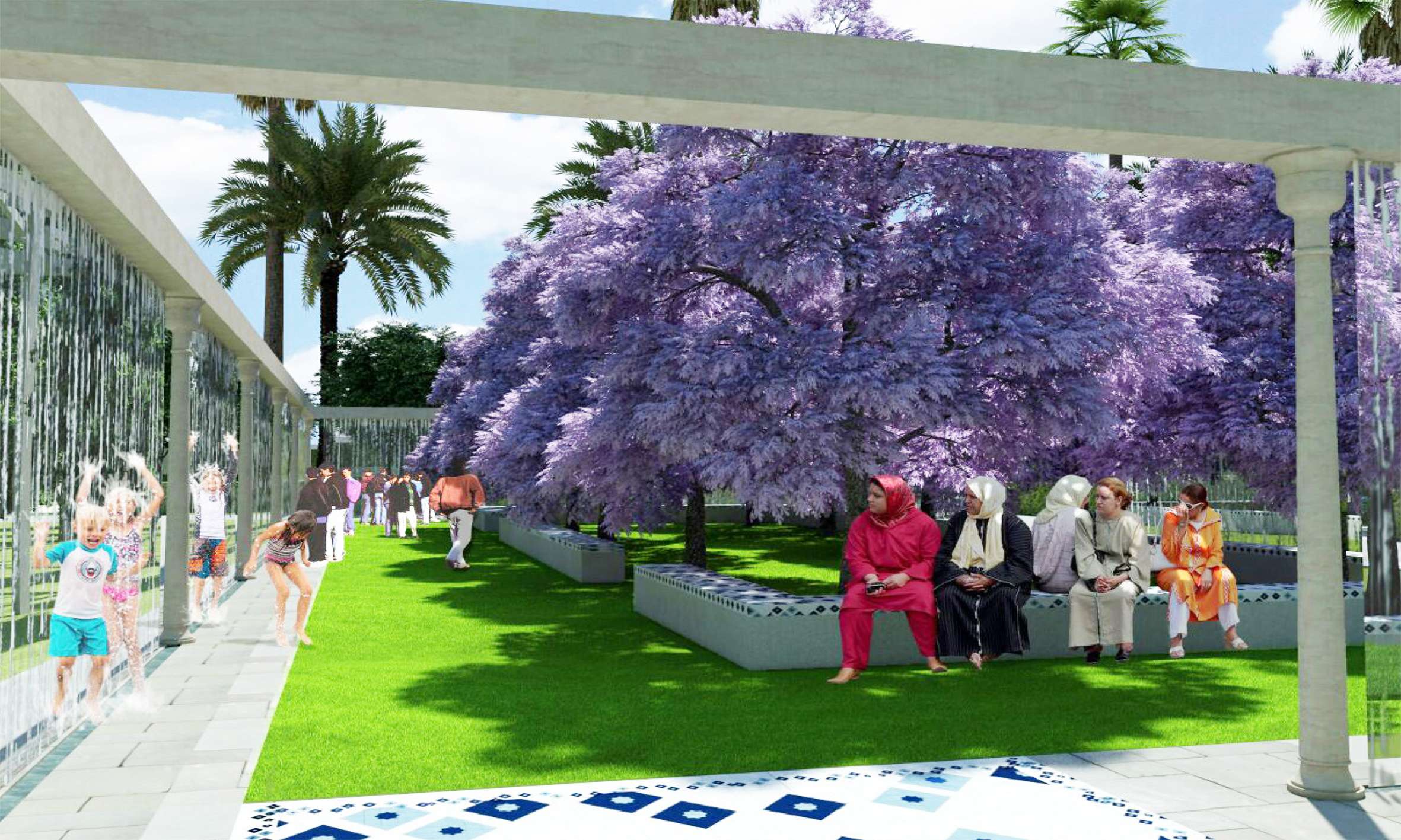 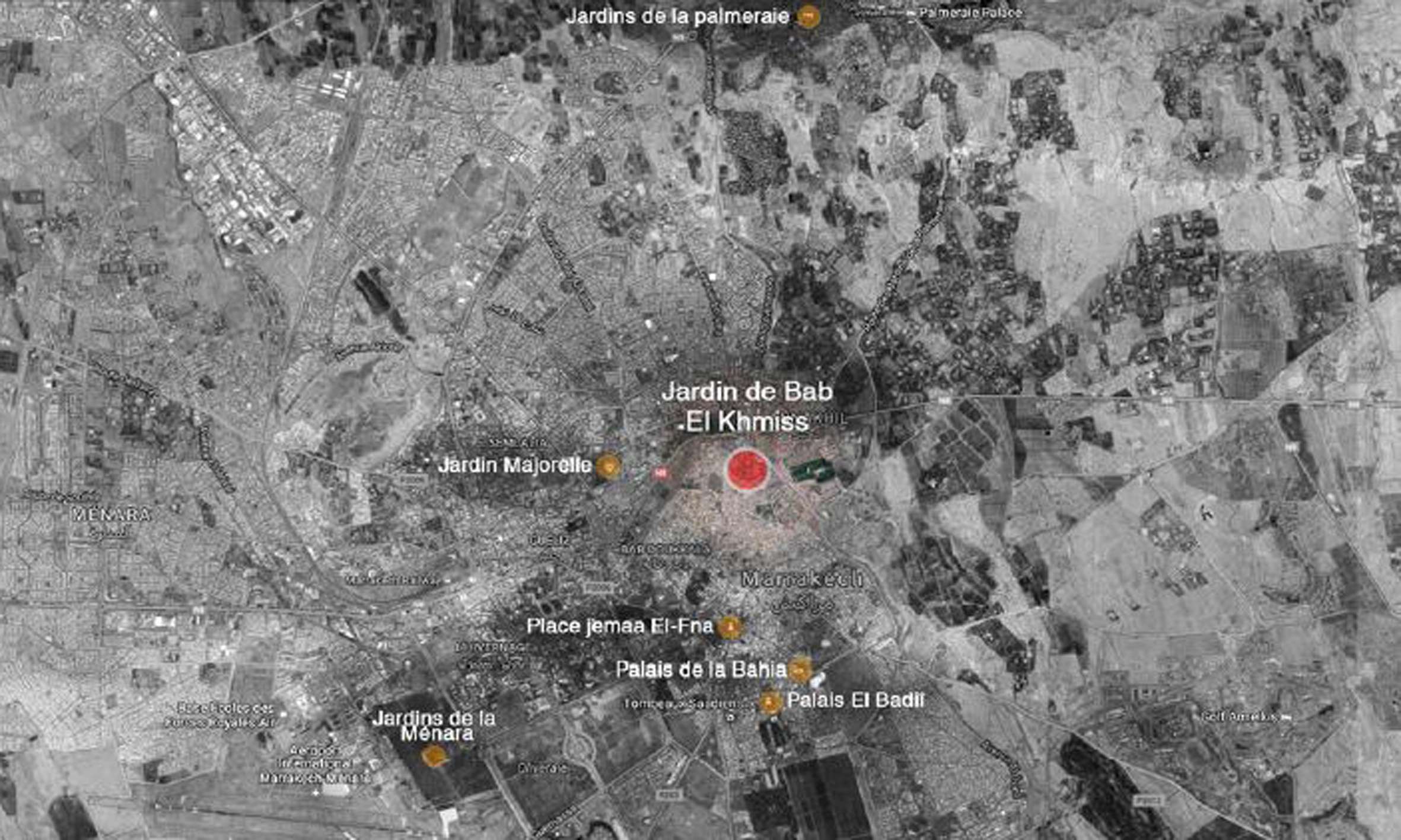 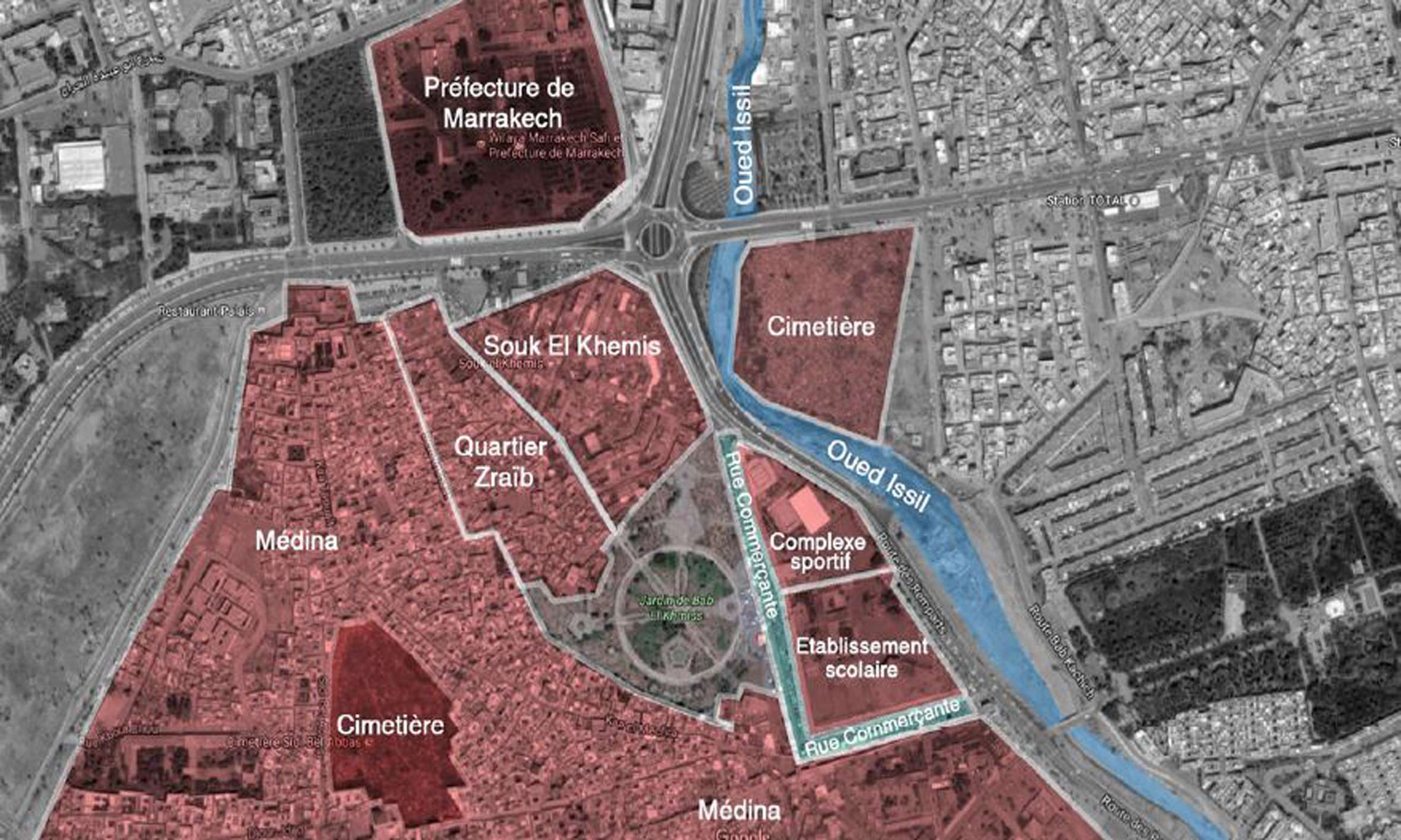 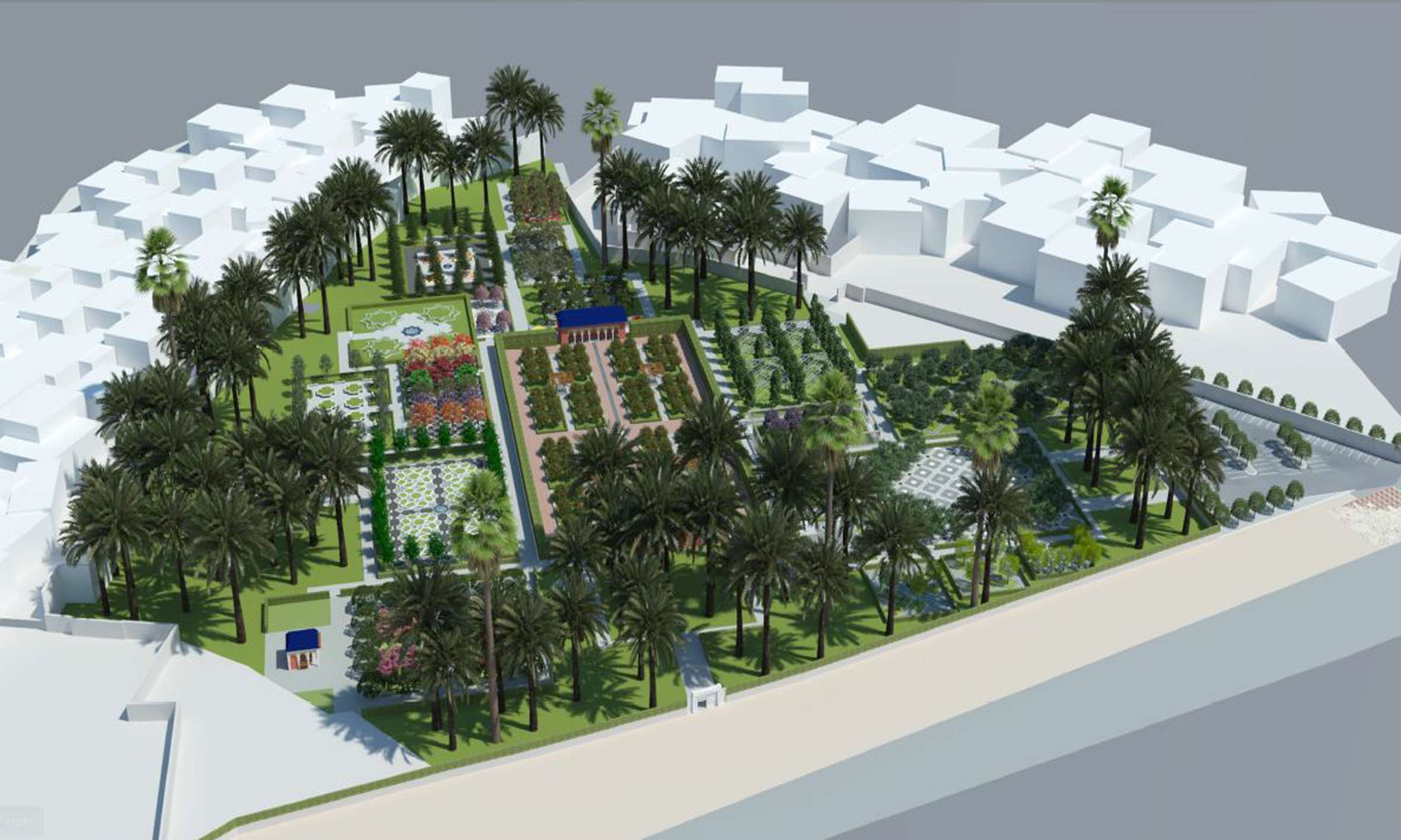 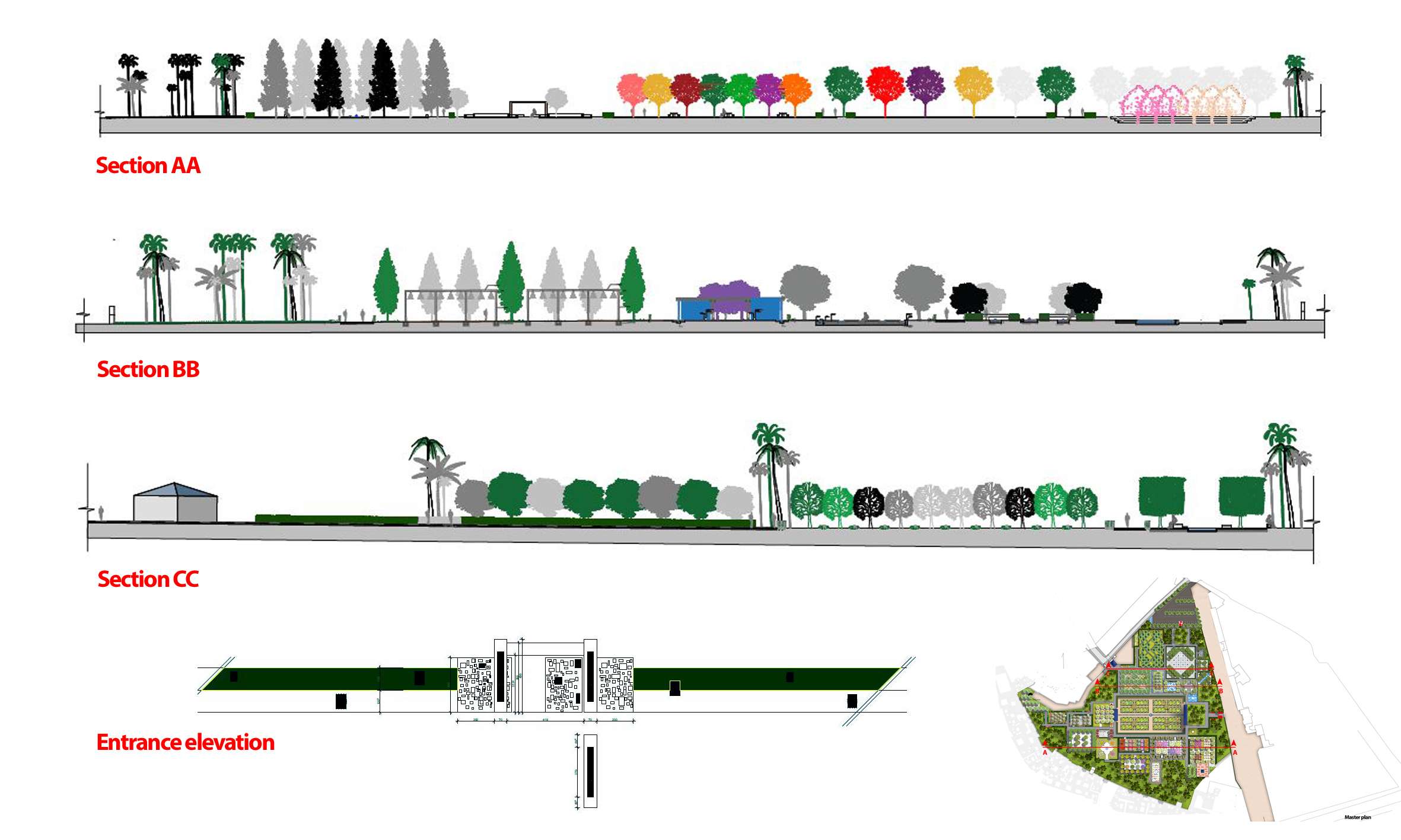 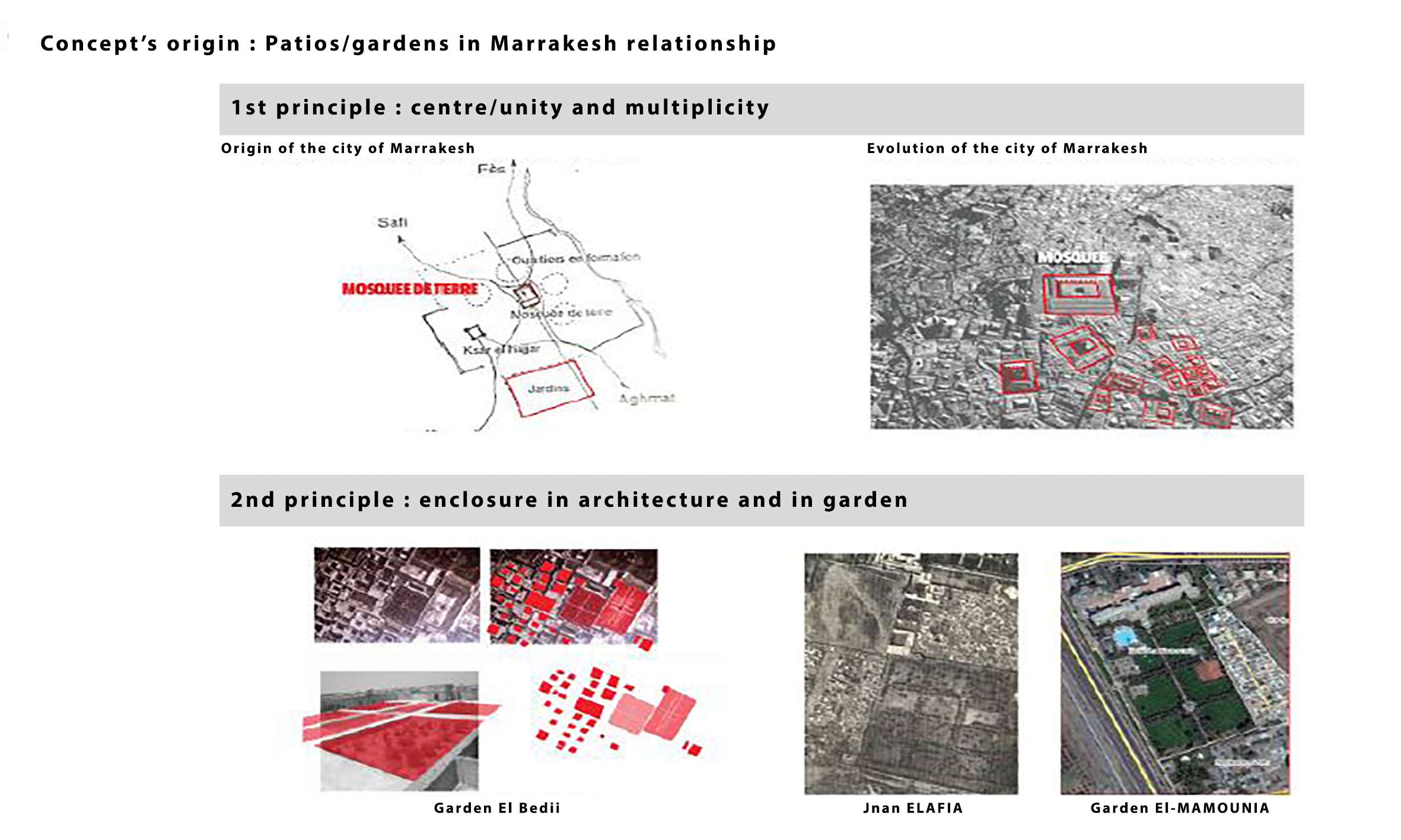 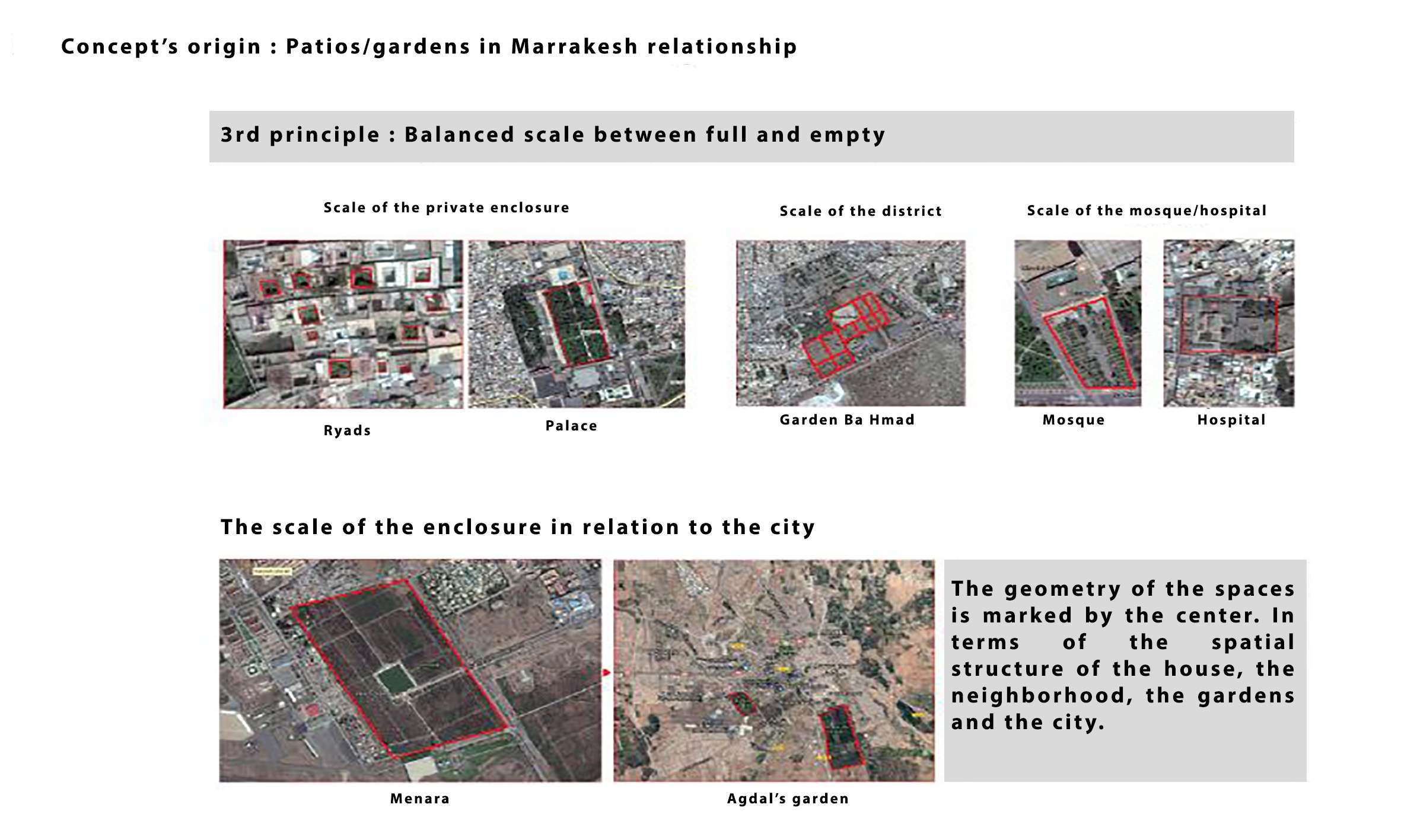 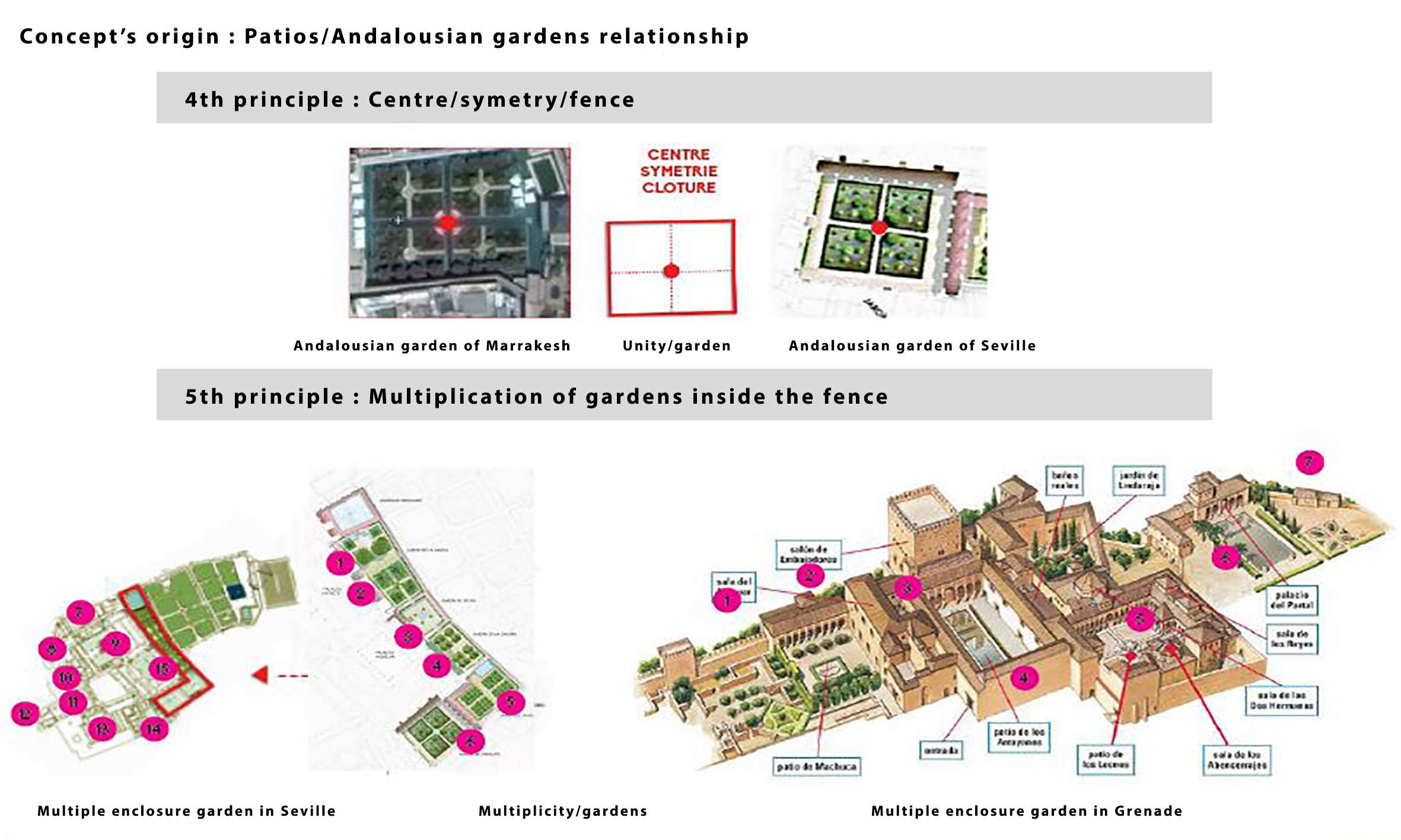 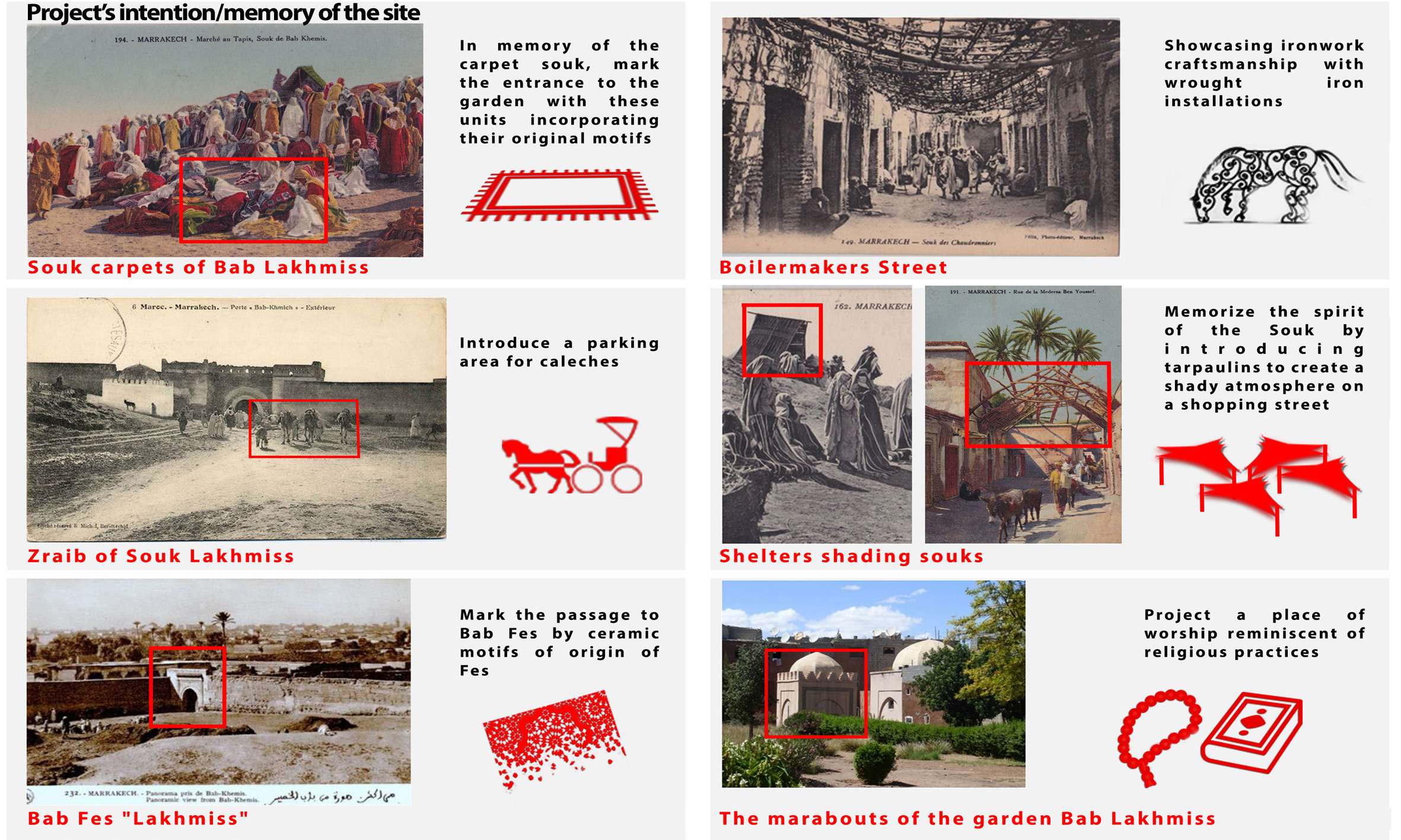 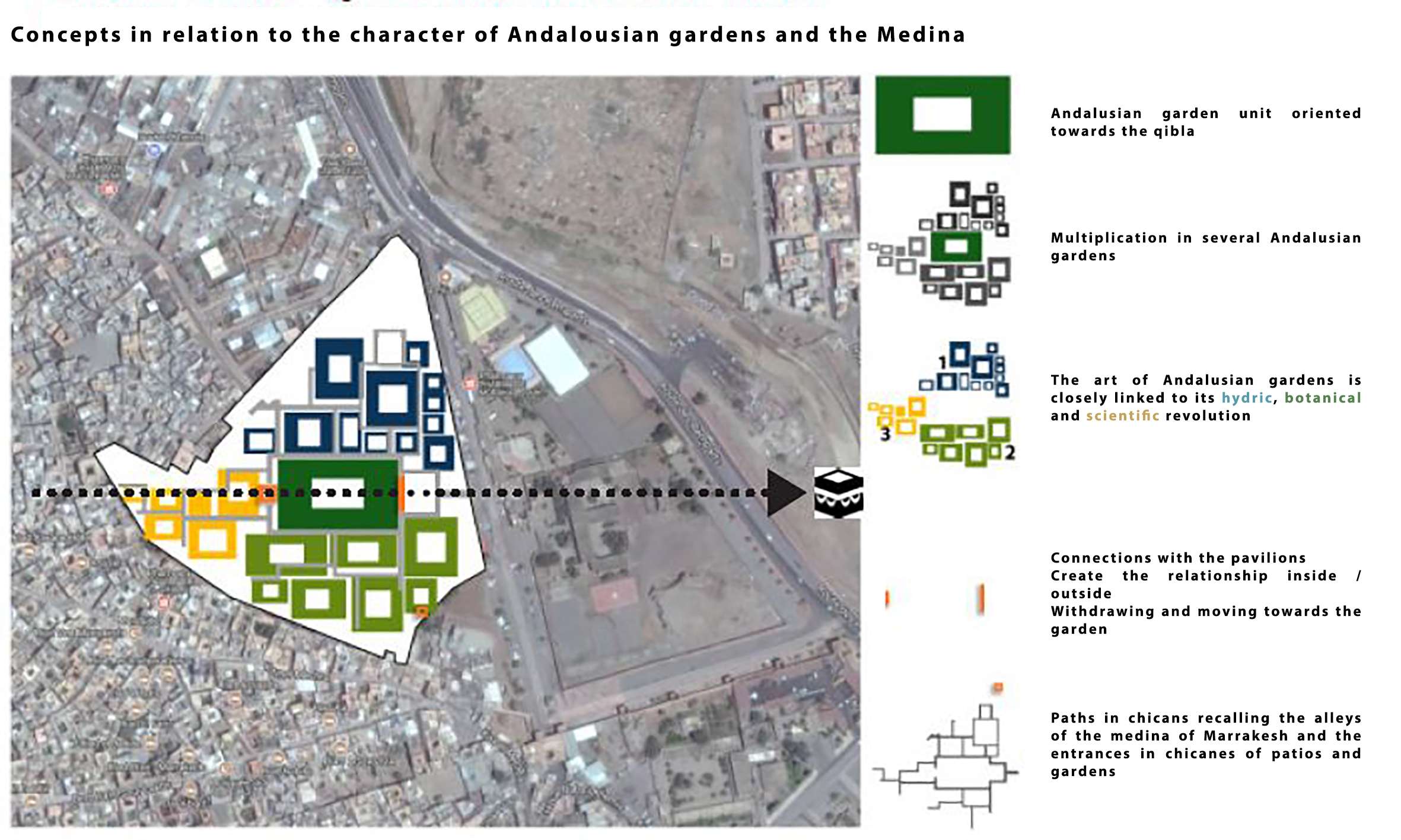 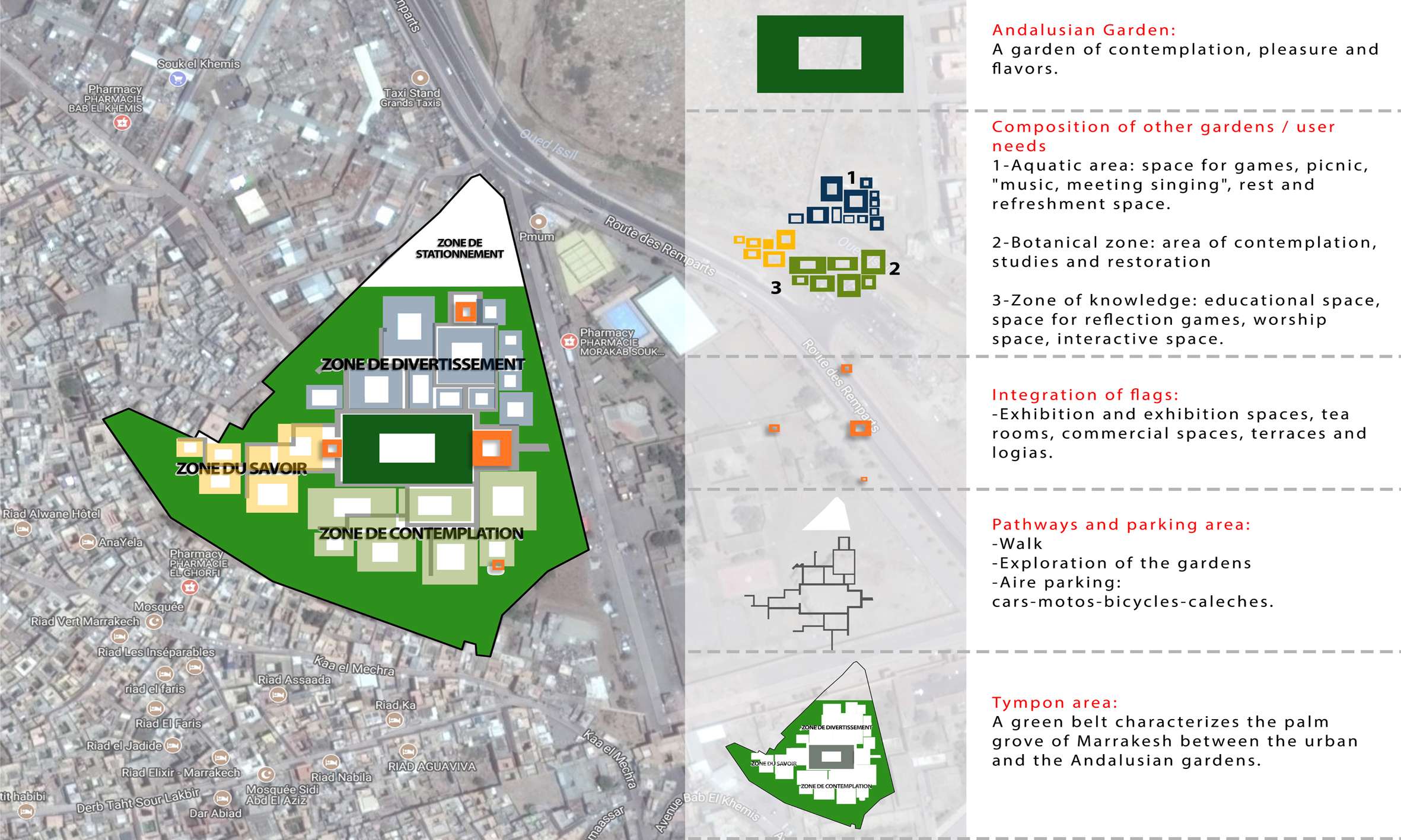 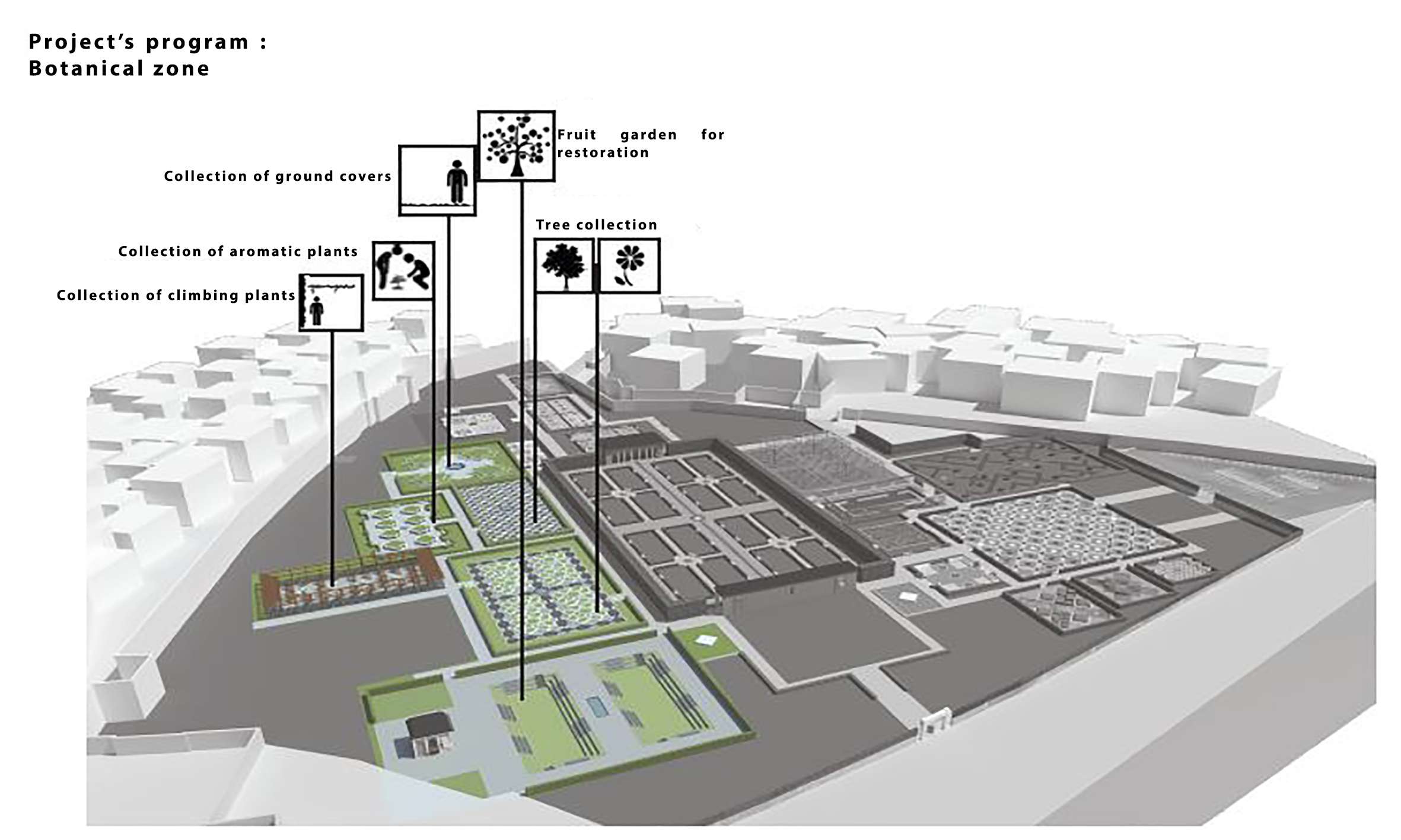 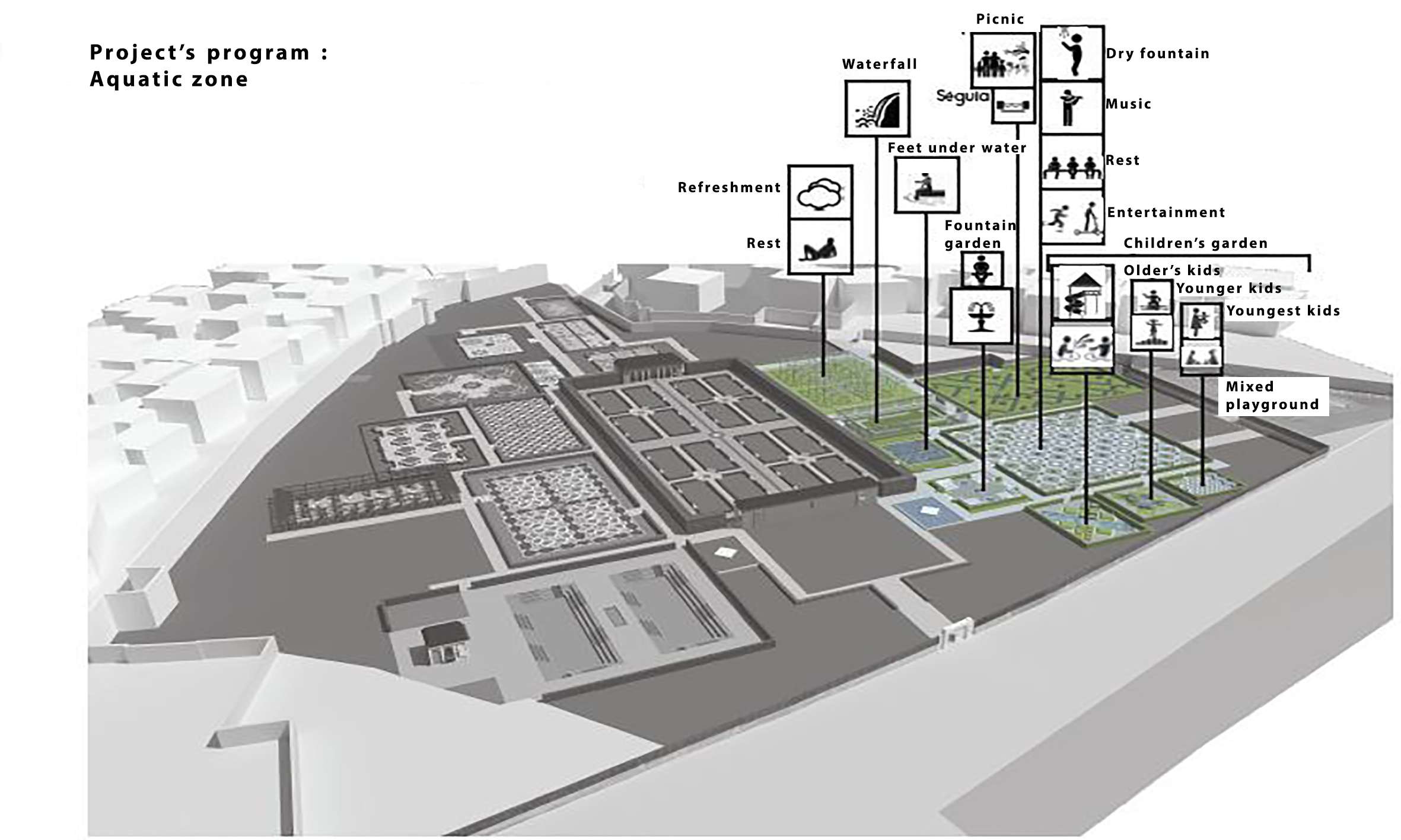 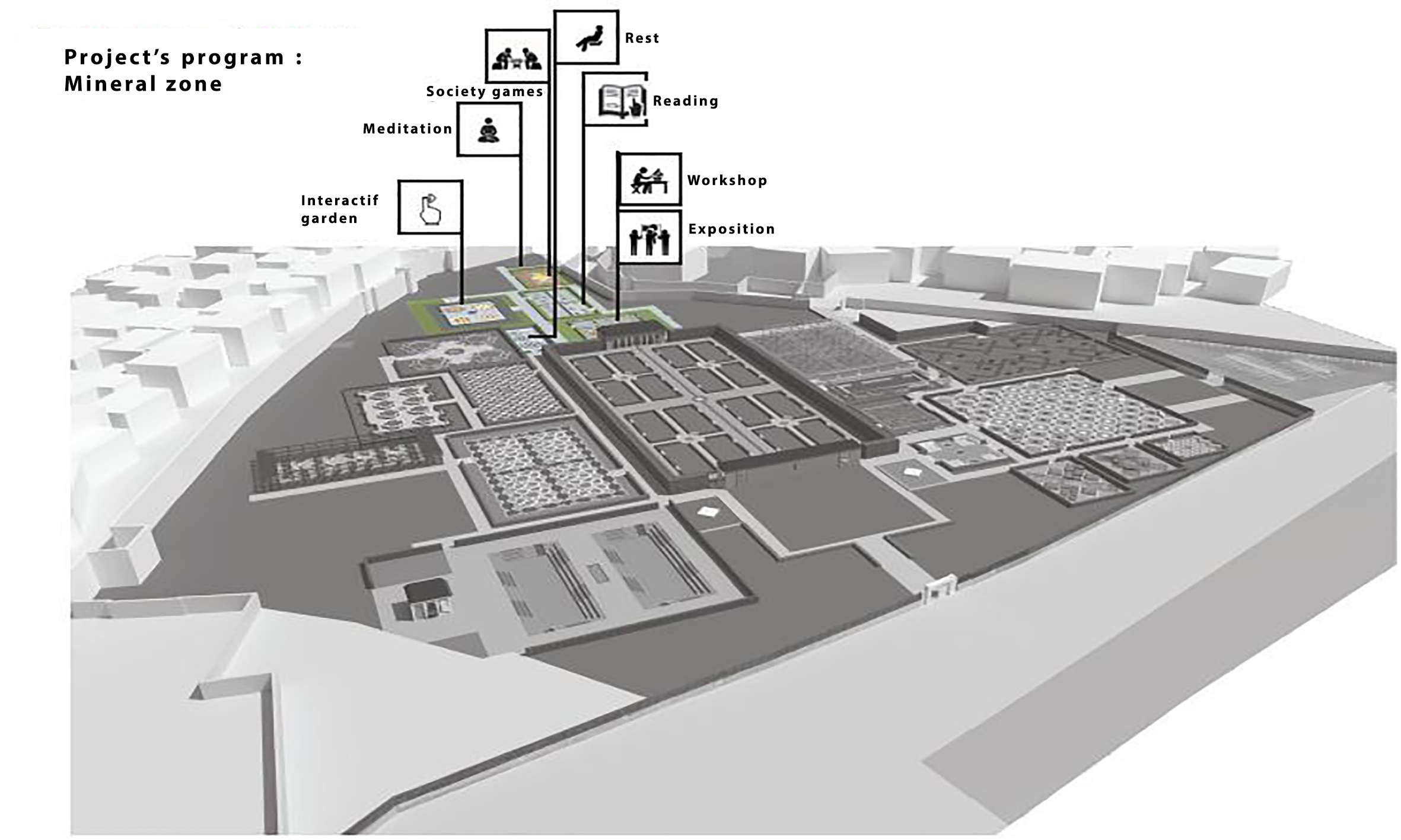 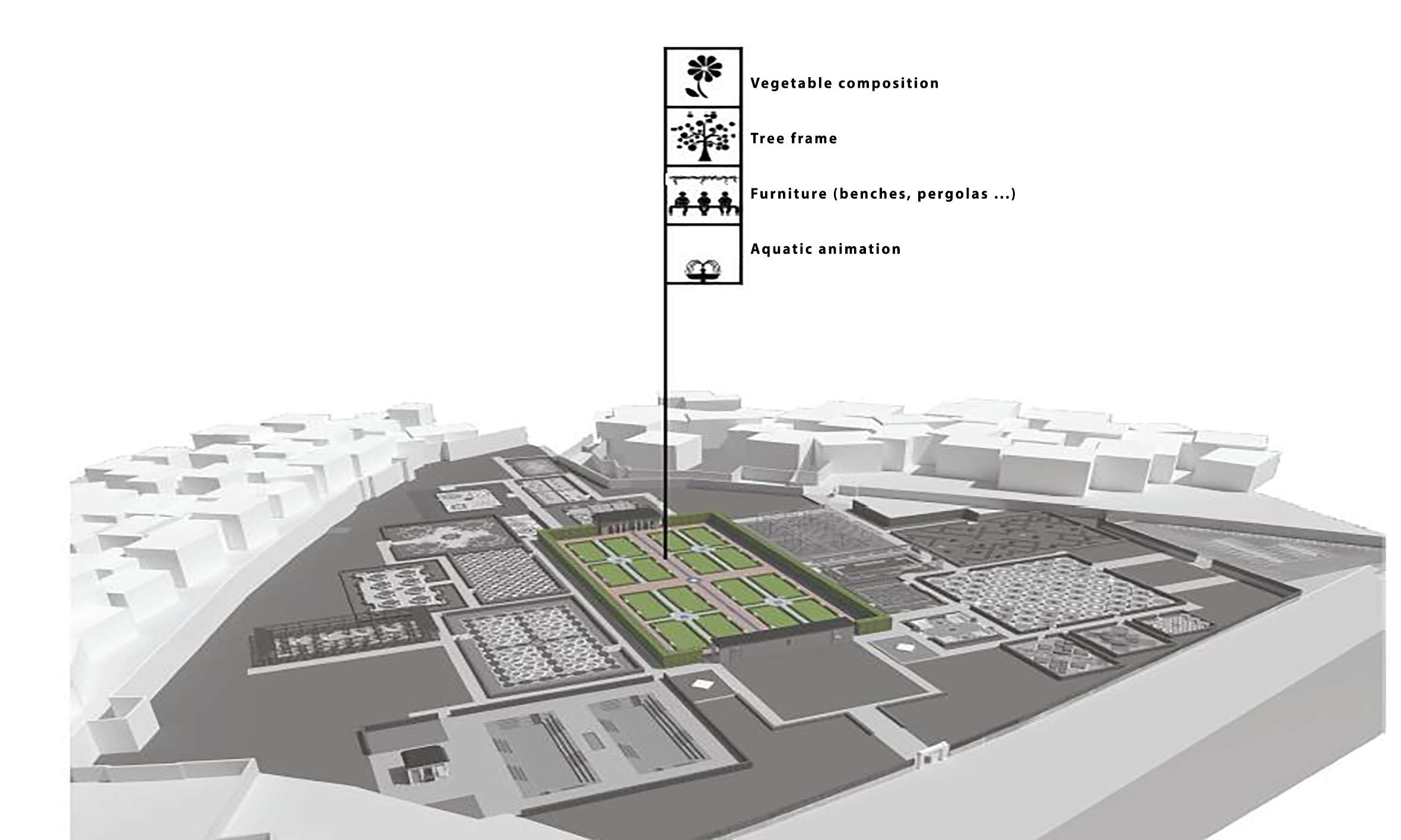 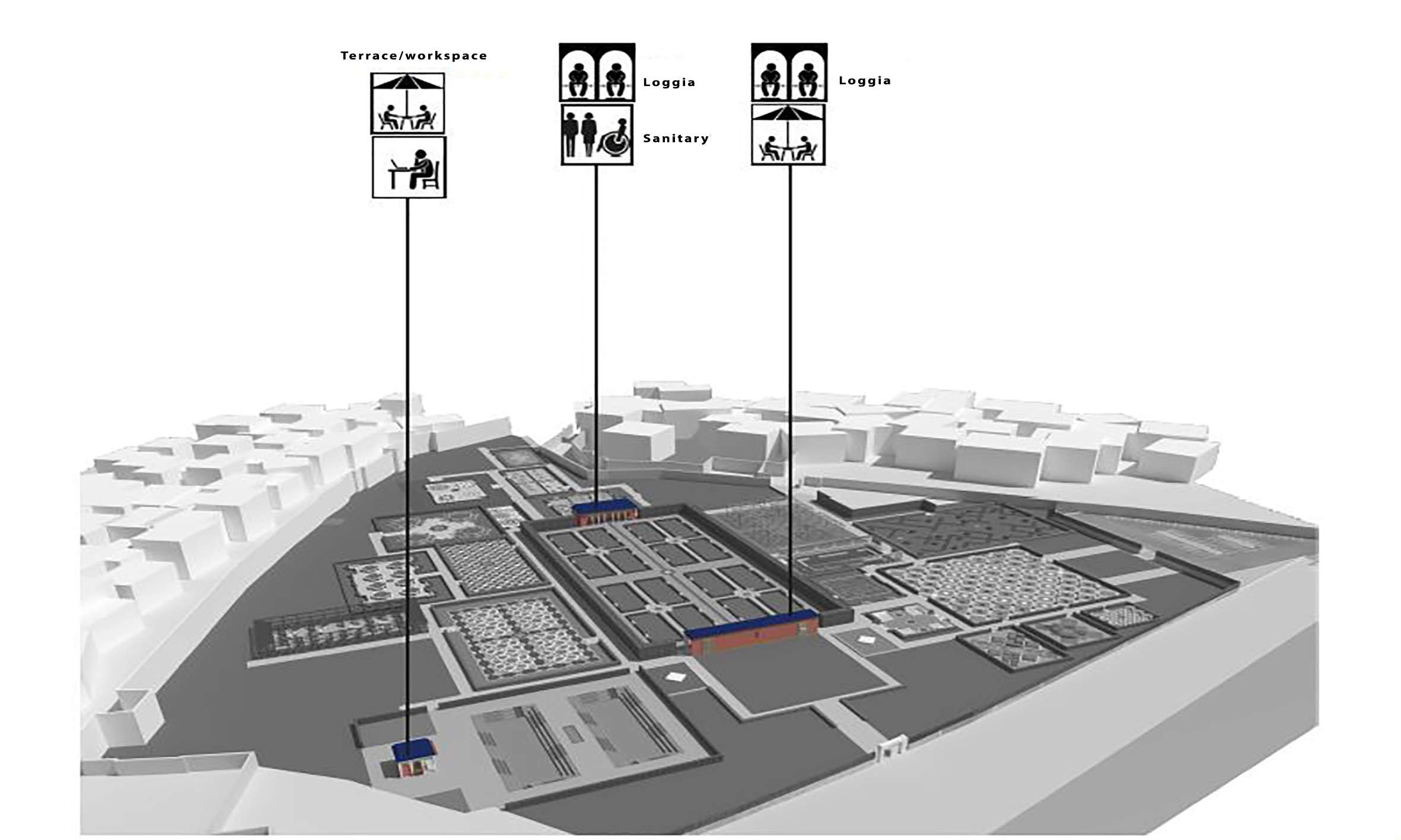 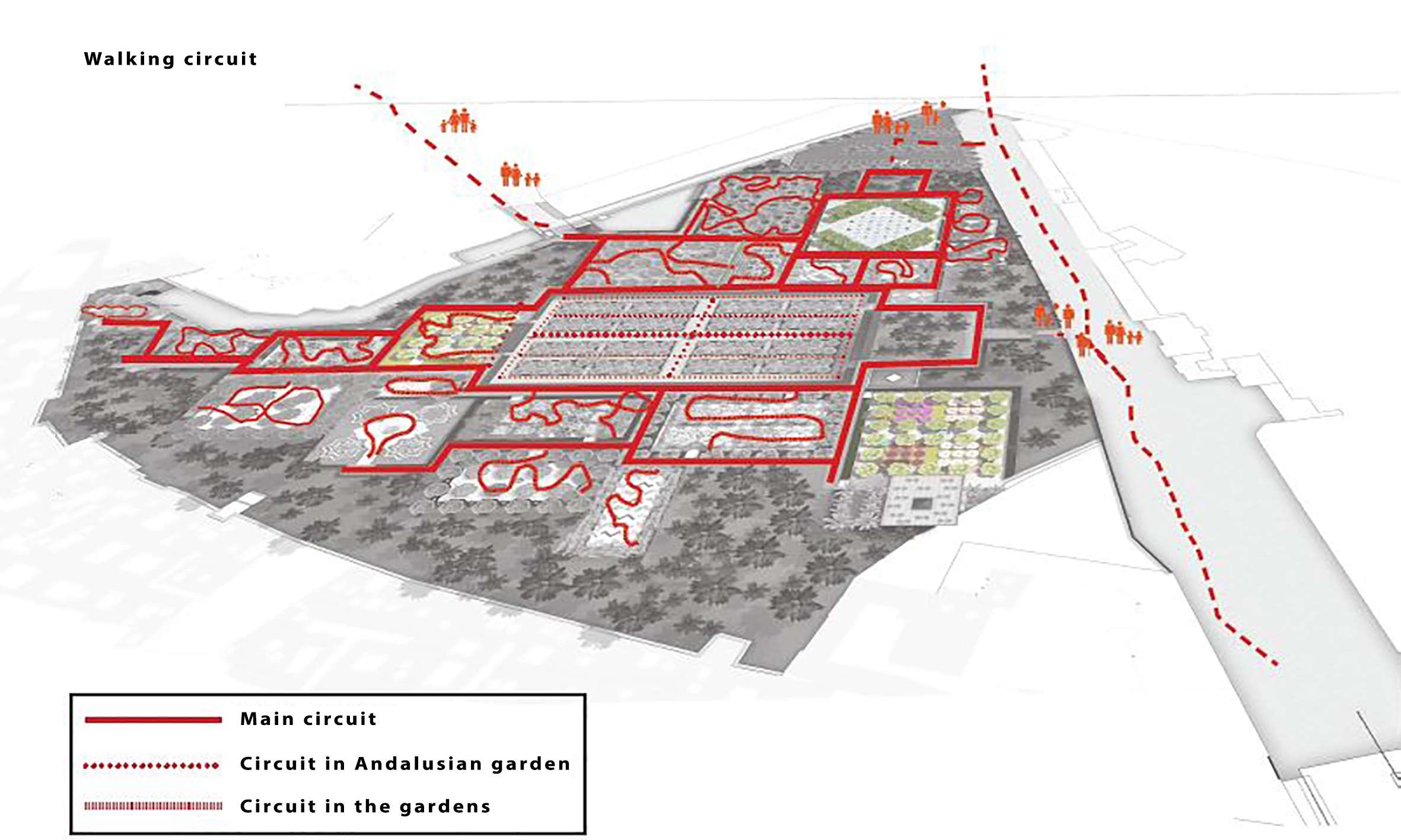 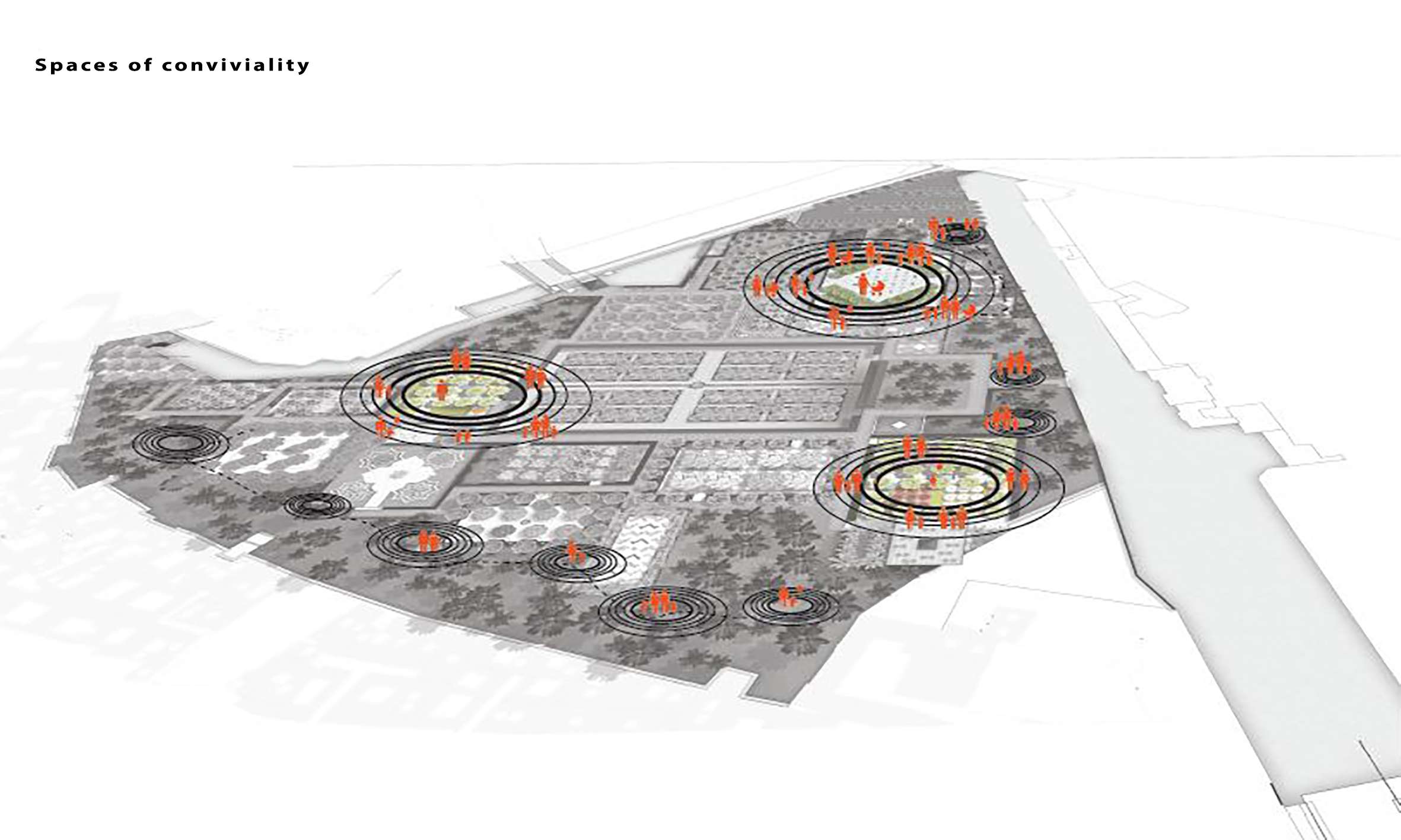 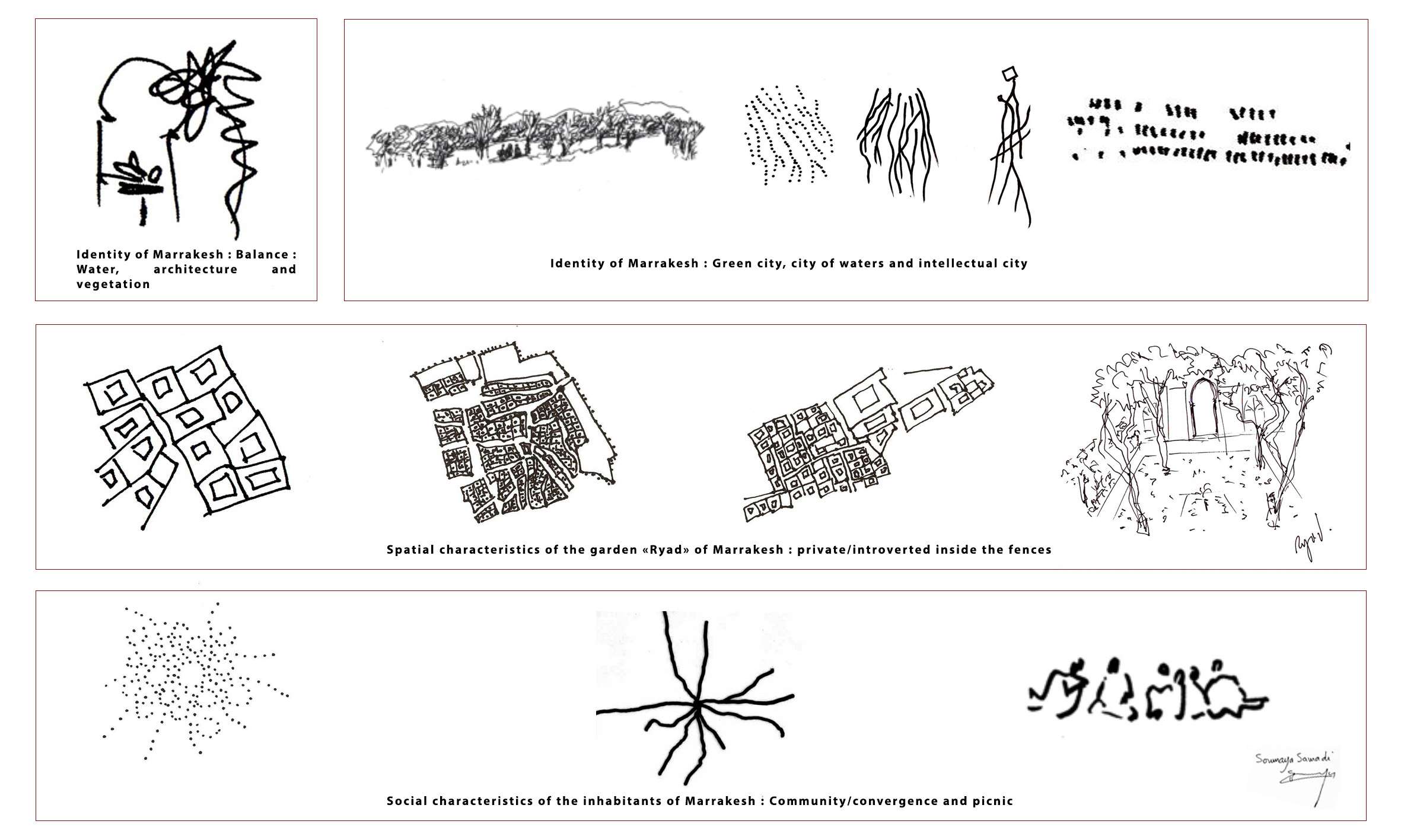 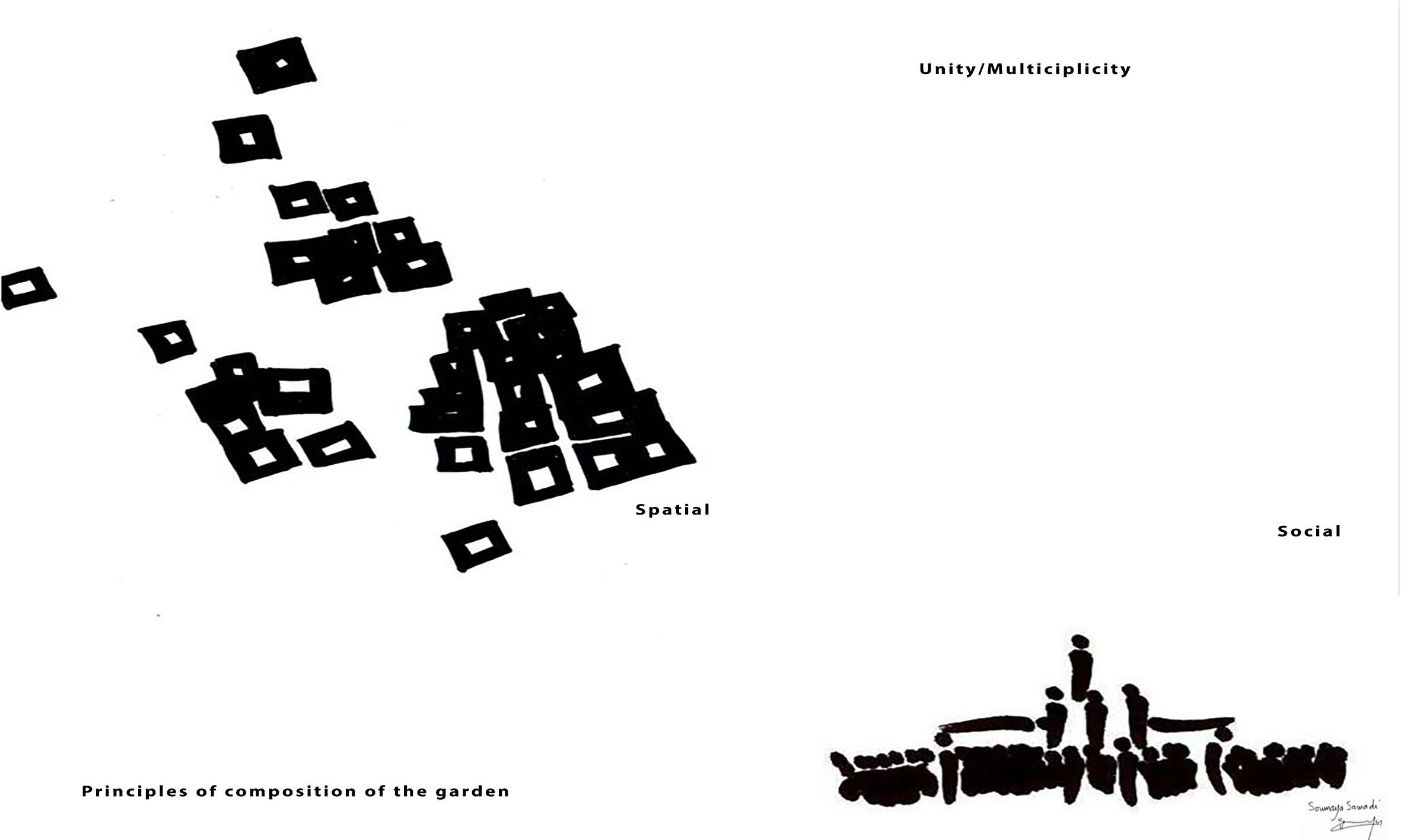 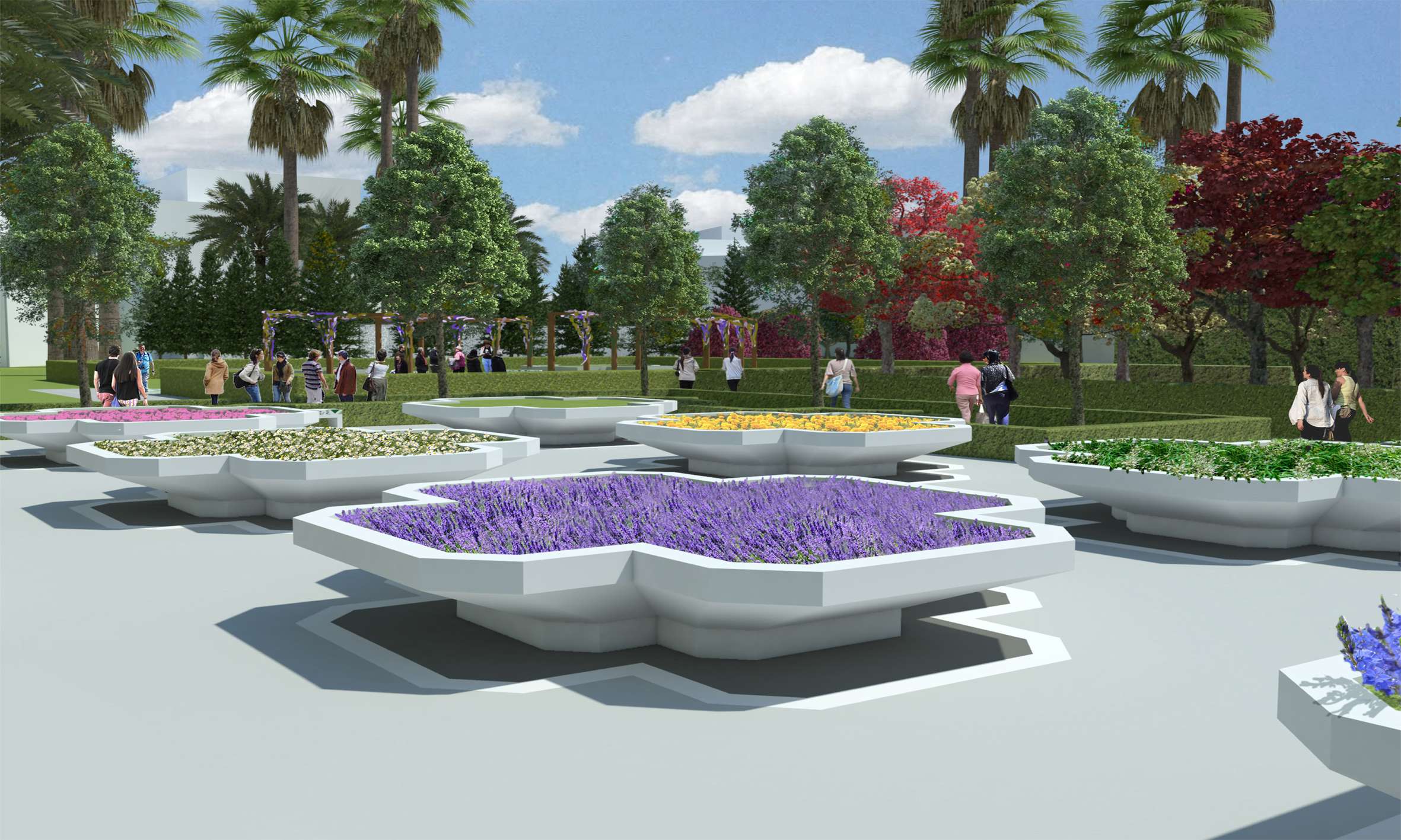 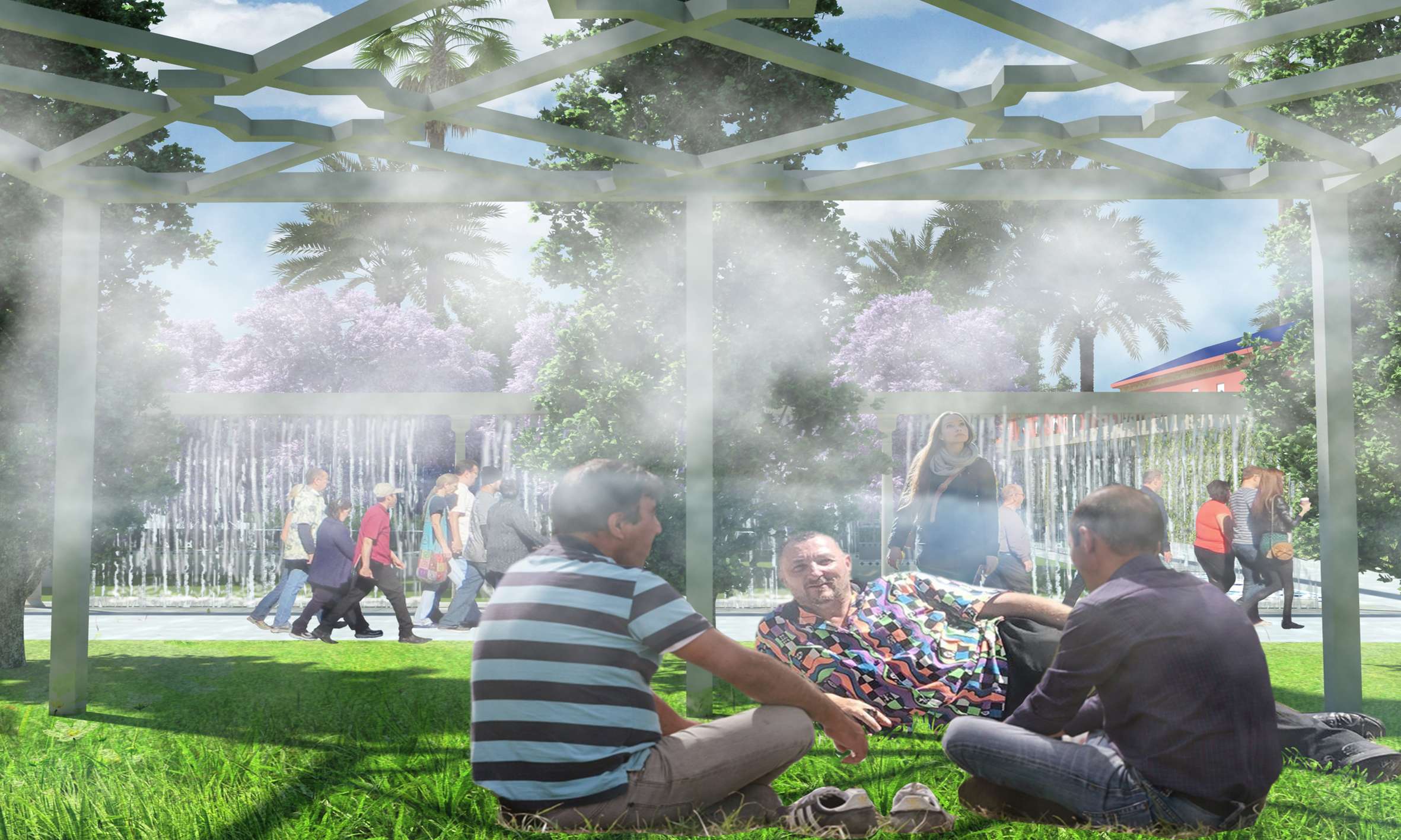 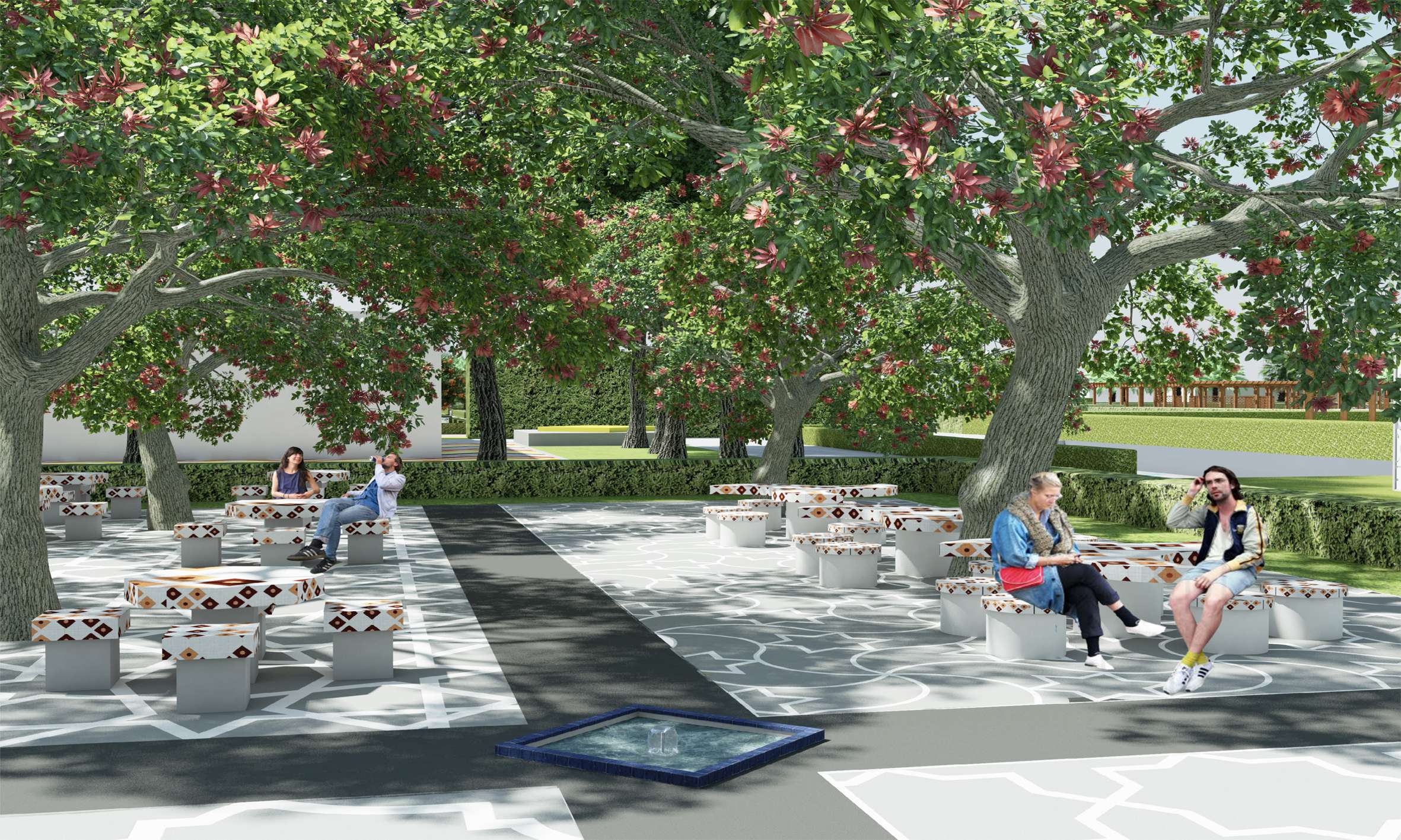 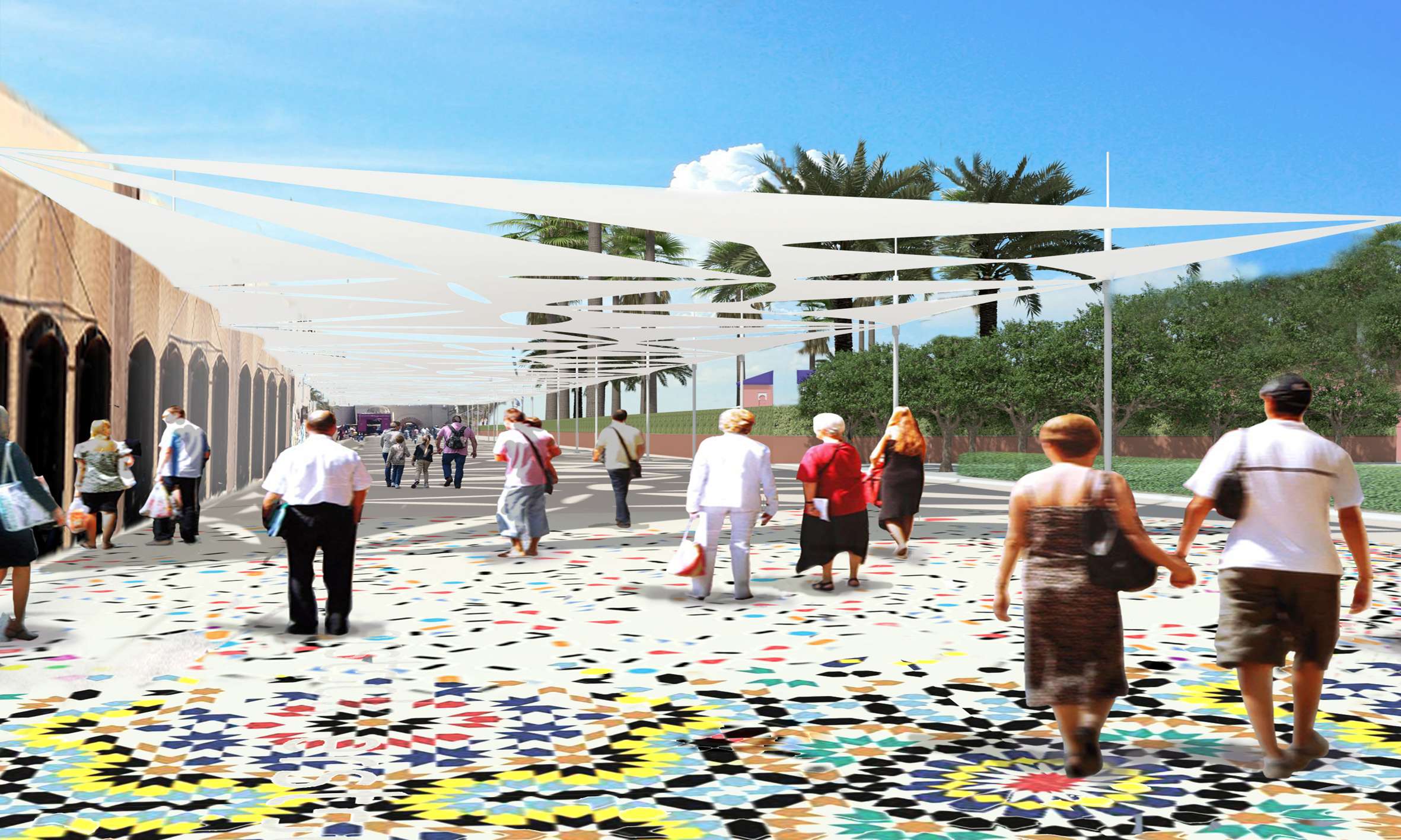 The intervention concerns a site, implanted outside the walls of the medina of Marrakech, its origin a cemetery, a site charged with history and memory. This site has become a green space since 2013, but it is yet little known by most inhabitants. Its redevelopment in 2017 is planned to create an Andalusian garden. A strong and rich key element by its historical, cultural and symbolic payload. An Andalusian garden carries within itself a message of peace and tolerance. To seek the radiation of this garden based on the image of Marrakech and merged with its identity "green city, city of waters and intellectual city", is the main objective we seek by this new project.

A theme that must find its contemporary form between an introverted garden usually private, inside the walls, to an extrovert public park adapted to new uses. The project is therefore articulated between conservative and innovative.

On one hand, to make the ordinary citizen live and savour the rich ambiences of the classic Andalusian garden, is essential, because it is usually unknown for him, and always considered as a luxury garden or a palatine garden and therefore, inaccessible and private.

On the other hand, and in order to adapt the garden to contemporary uses, the concept is based on the idea of ​​the separation and the break-up of the three great signifiers of the classic Andalusian garden, in three zones (Water - Botany and Knowledge). In a rigid geometric inscription, the principles of centrality, fences, unity-multiplicity are read in each zone recalling the characters of the gardens of Seville, Alcazar and the spirit of the patios found in every Ryad of Marrakech. The connection is provided by a labyrinthine walk reminiscent of the streets of the medina. The whole overlooks the palm grove this time imagined as a green belt of the large enclosure '' Andalusian Park '' to acclimatise these places that border the 48 ° C; the freshness between water and shading is ensured in any space.

Therefor, the first water zone aims the entertainment of the visitors by crossing water in its various states (steam, waterfall, basin, pipelines), the botanical zone is considered as an open-air plant museum, a thematic that will convey the botanical education to the visitor; and the zone of knowledge, where spirit and soul are fed either by an interactive space through communicating via smart technology the knowledge of historical data, their evolutions, particularly the layout, the calligraphy, or by interacting with other individuals in spaces of formations or worship.

The participative approach is planned so that the inhabitants cooperate with each other, so that they appropriate their spaces. Thus, associations are eager to form specialised guides and agents of gardens in order to not only make the population responsible but also to mobiliseize the entire district to help preserve this future garden for all the coming events and for generations to come.

This project is approved by the owner "Groupe Al Omrane Marrakesh" and is currently at the phase of company consulting. The project's construction is set to start at July 2018.