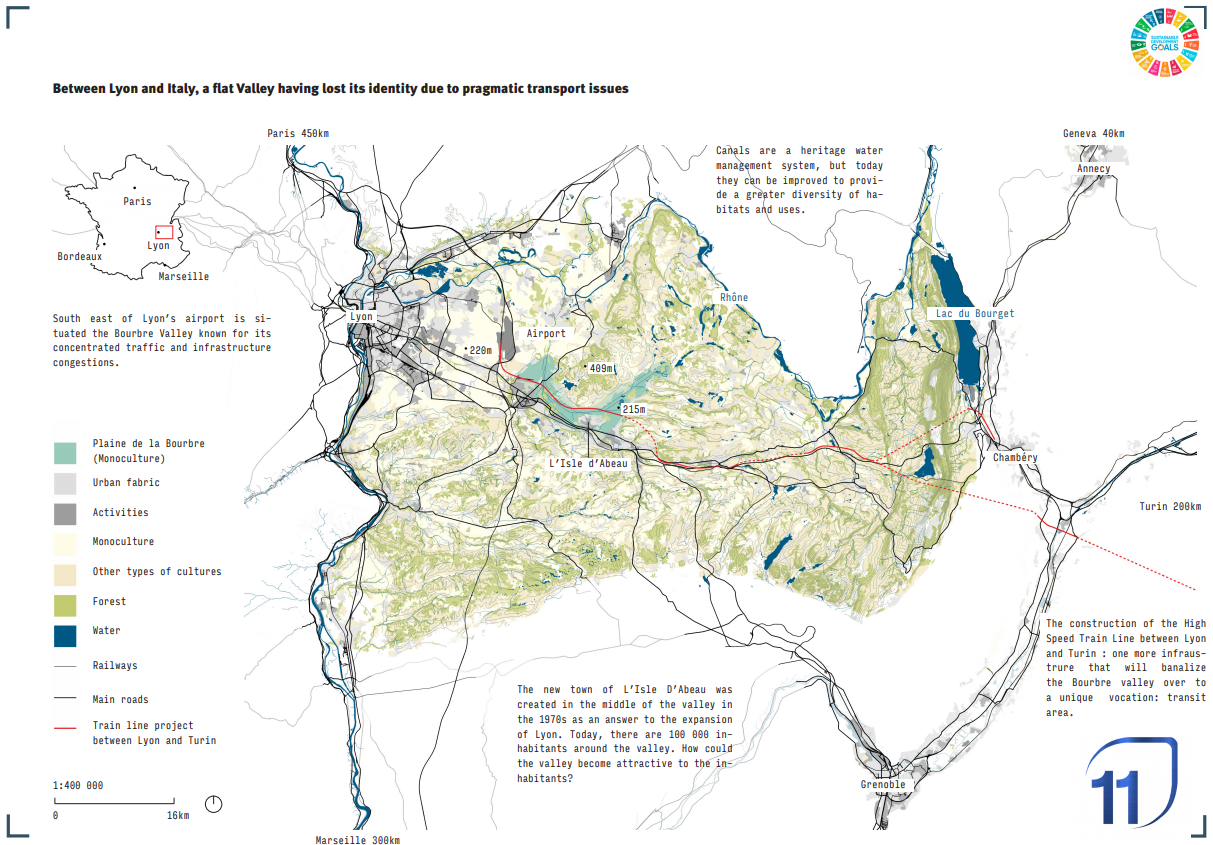 The Valley of the Bourbre and Catelan canal is an ancient glacial river located between the city of Lyon and the Italian alpine border. The valley has been over time highly transformed from a pastoral valley over to a congested infrastructure bottlenecked transit area. The first project, in 1850, was to transform marsh land over to farmland. The second, in 1978, was the project of a satellite town, a “New Town” for Lyon.

Overall, the valley is a European transport corridor between two countries and two major cities with expanding logistic and warehouses. The high-speed train line project between Lyon and Turin may put even more pressure on the Valley, its agricultures structures and water continuities.  The aim of the project is to design a new Valley for the new Town, to establish new relations between them. The agricultural structures, the forests fragments, and the water continuities are the tools used to design this new landscape. The project offers a better readability of the patrimonial, agricultural and geographical elements of the Valley. Ecological units are strengthened: forests, riverbanks, hedgerows. The plain provides many services to the city, for leisure, supply, and the quality of the inhabited environment. This project is inspired by the idea of the «local project», according to Alberto Magnaghi. A fiction imagines that these transformations are precipitated by the beginning of the construction of the Lyon-Turin fast-speed line. Inhabitants positions themselves against the high-speed train and begin to develop their own master plan for the Valley.