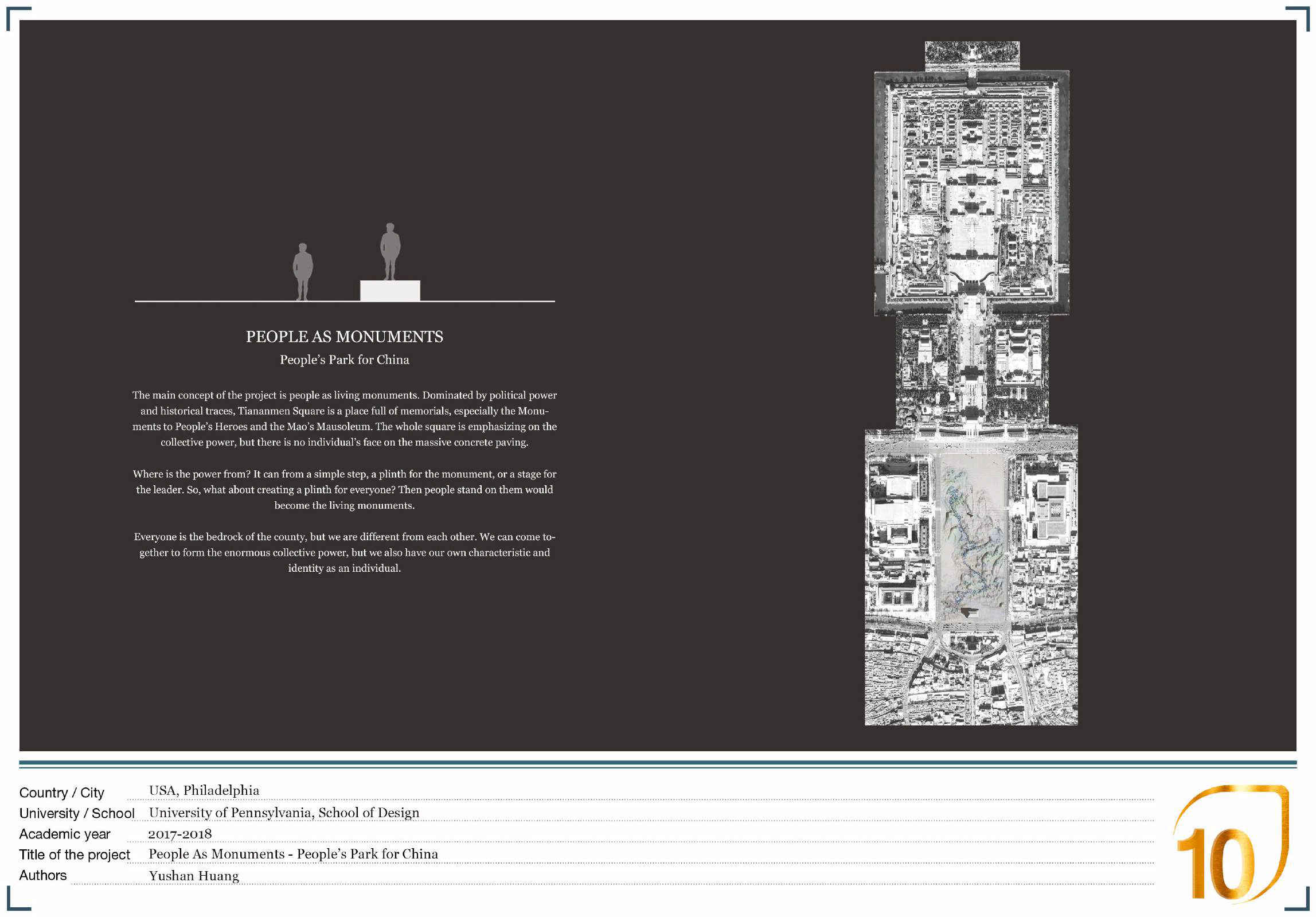 The main concept of the project is people as living monuments. Dominated by political power and historical traces, Tiananmen Square is a place full of memorials, especially the Monuments to People’s Heroes and the Mao’s Mausoleum. The whole square is emphasizing on the collective power, but there is no individual’s face on the massive concrete paving. Where is the power from? It can from a simple step, a plinth for the monument, or a stage for the leader. So, what about creating a plinth for everyone? Then people stand on them would become the living monuments.
The new square is repaved by stones from all over China to form the pixelized mountain typography. Each paving stone is cut as the same size, 1M*1M, to stand for one individual, The reference of the typography is one of the most famous painting in Chinese history, which is the national treasure and kept in the Forbidden City now. It depicts the panorama of China's mountains and rivers. Also, Mao’s mausoleum will be removed, but mao’s memorial will turn out to be a black stone located at the same place on the square surrounding all the rocks and people. Walking along the square, visitors can experience the changing typography with plants, water and conduct various daily activities. Everyone is the bedrock of the county, but we are different from each other. We can come together to form the enormous collective power, but we also have our own characteristic and identity as an individual.