Recovery of O Cano do Cura / Parish of Lérez 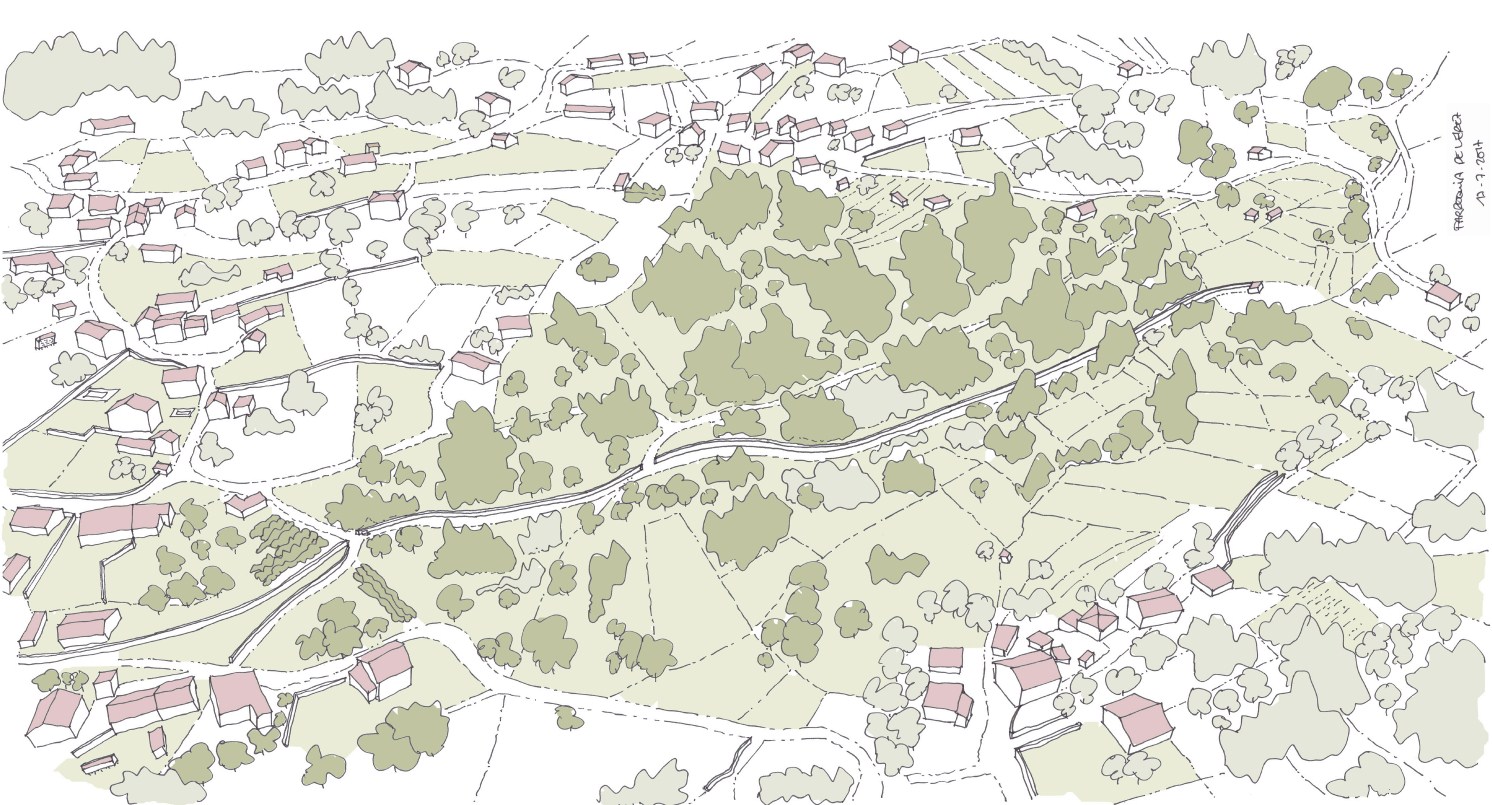 Recovery of O Cano do Cura / Parish of Lérez

The parish of Lérez is one of the oldest, most rural parts of the area surrounding Pontevedra. Here, as the result of a public participation process, the memory of an abandoned, overlooked heritage site is felt: the former “O Cano do Cura” aqueduct.This water course was the origin of this region’s first settlement, San Bieito monastery, and different villages, which we can still see today, gradually appeared along its route. Until only a few years ago, O Cano do Cura characterised the identity of the parish, as a line drawn through landscapes, dividing the territory but also connecting its settlements and population.The current state of this heritage site is reduced to large, disjointed elements. For this reason, reinstating the continuity of the aqueduct’s itinerary has been considered as a possibility, making it accessible based on restoration of the network of historical paths which previously connected the parish’s different neighbourhoods. As part of this premise, the route would once again connect not only Lérez’ settlements but also the different landscapes which characterise them.As a working method, its course is divided into four small areas of landscapes, allowing for adaptation of possible solutions to the different problems and strengths of each. Thus, restoration of O Cano do Cura will attempt to create an opportunity for rural development which, based on pre-existing elements, will contribute towards a sustainable, viable future for the weakest of Pontevedra’s surrounding areas.