Recuperation of a forgotten landscape in a natural and historical boundary 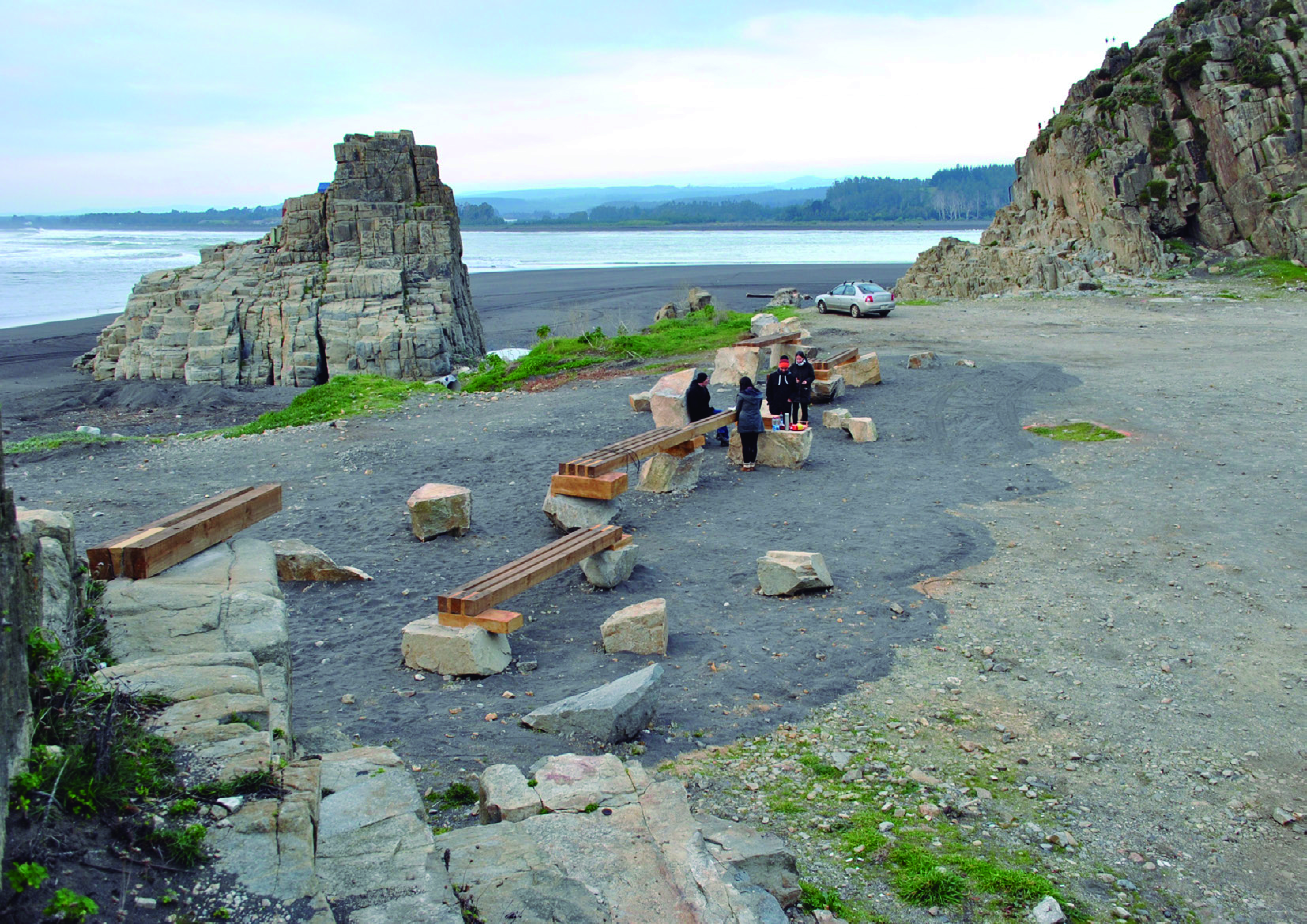 Recuperation of a forgotten landscape in a natural and historical boundary

The slow waters at the mouth of the river saw, before the stilting and at the end of the largest fluviomarine navigation, the departure towards California of the boats that gave fame to these lands and their agricultural products in times of the gold fever. With the navigation by the river already gone and with it the decline of the greater port of Constitucion, the visitors forgot that place from where they said their farewell to the falucho boats and their sailors: the Roca de las Ventanas rock and its artificial beach generated by the failed works of the port in the 1880s, today abandoned.

The work is located on this old site, of raised farewell handkerchiefs, where the twentieth century witnessed its transformation into a dump, while Chile’s first pulp mill was installed there, by the sea, at the beginning of the 1970s. Built in ten-inch pieces of wood and linked to huge rocks of the place through concrete pieces, the small project builds a row of lines, of rocks, of benches, of tables. Supports for Sunday strollers and that prevent redepositing detritus in this extraordinary landscape where the powerful geography of its rocks still persists where the sea meets one of the famous rivers of our geography.