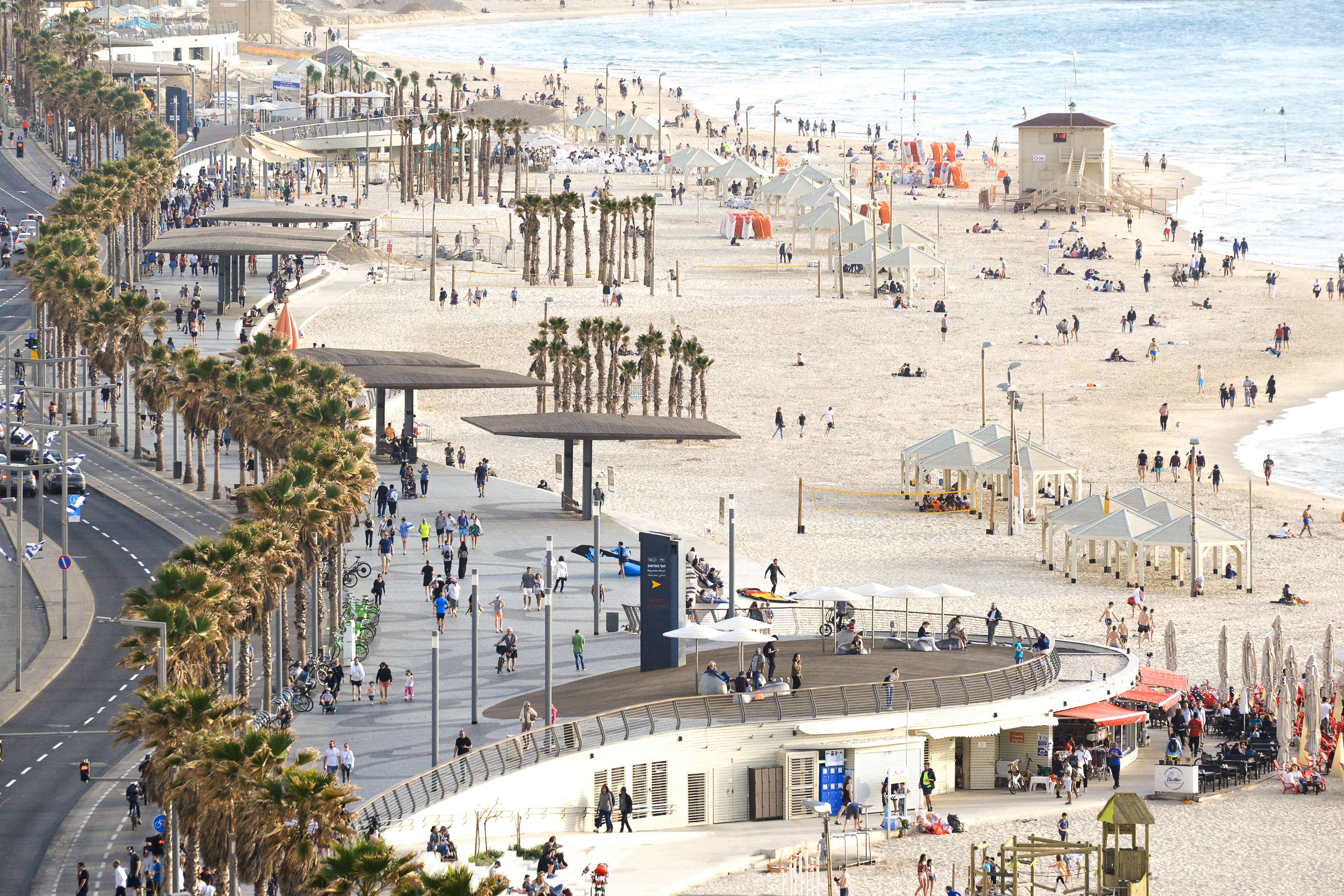 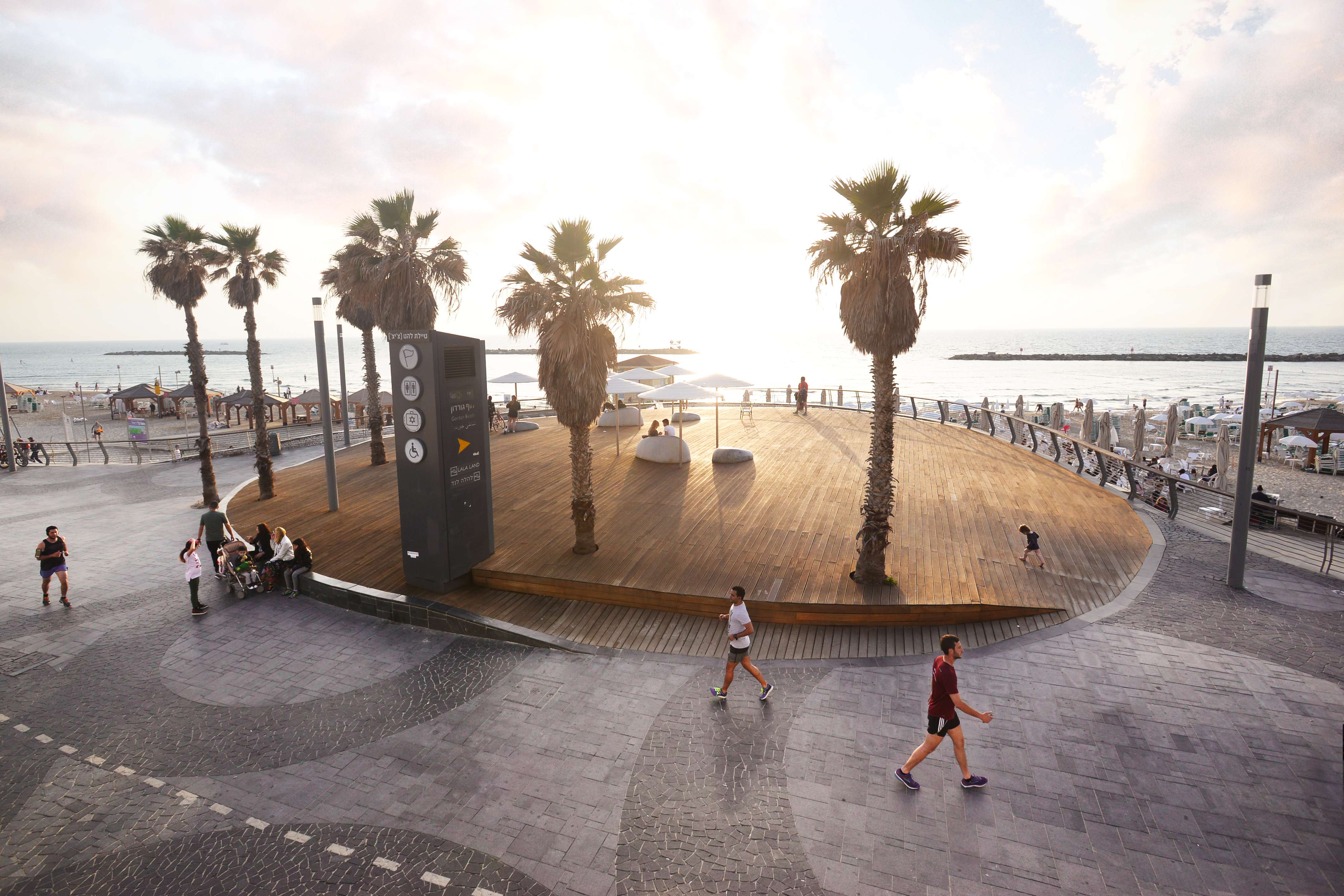 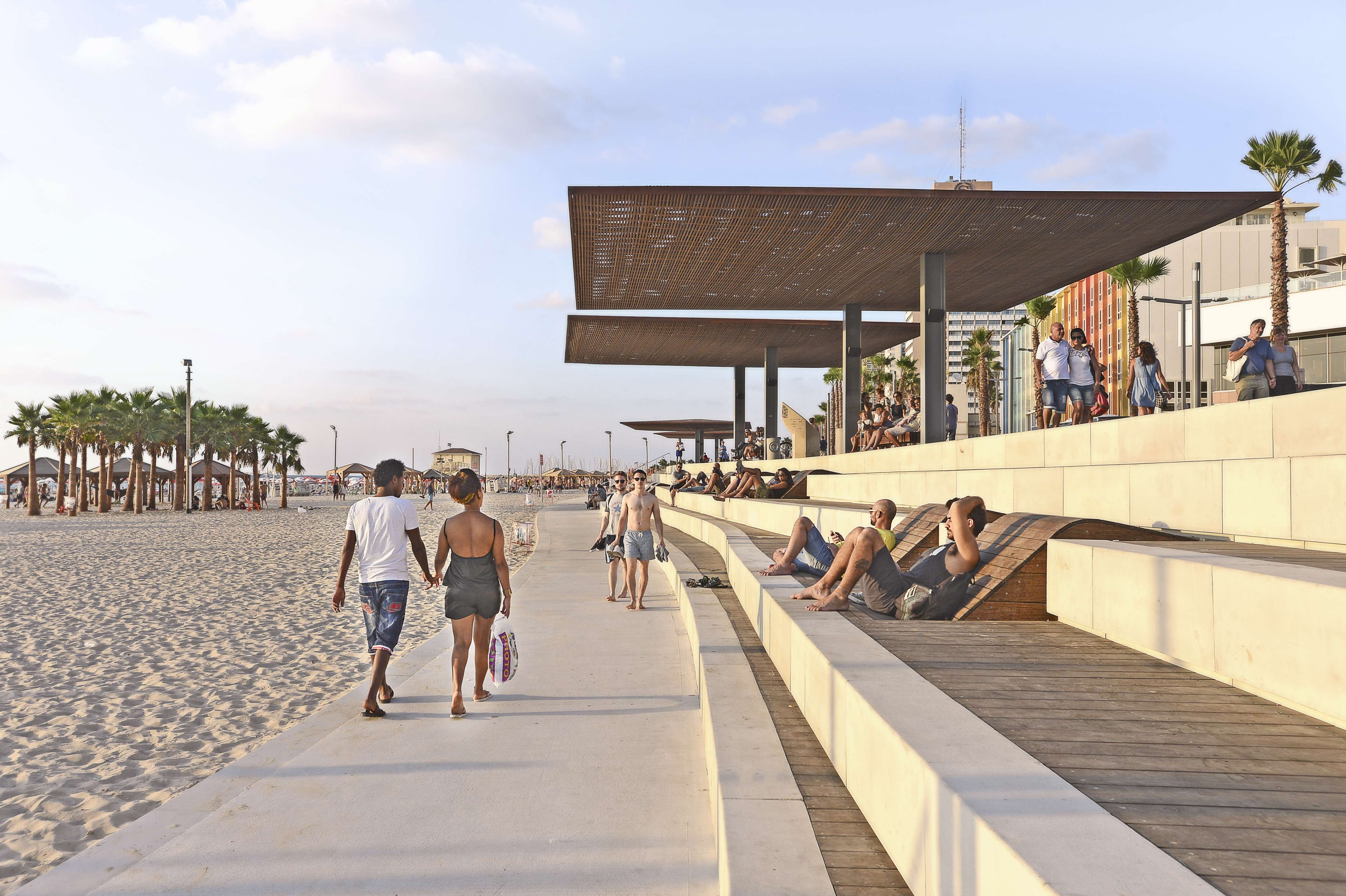 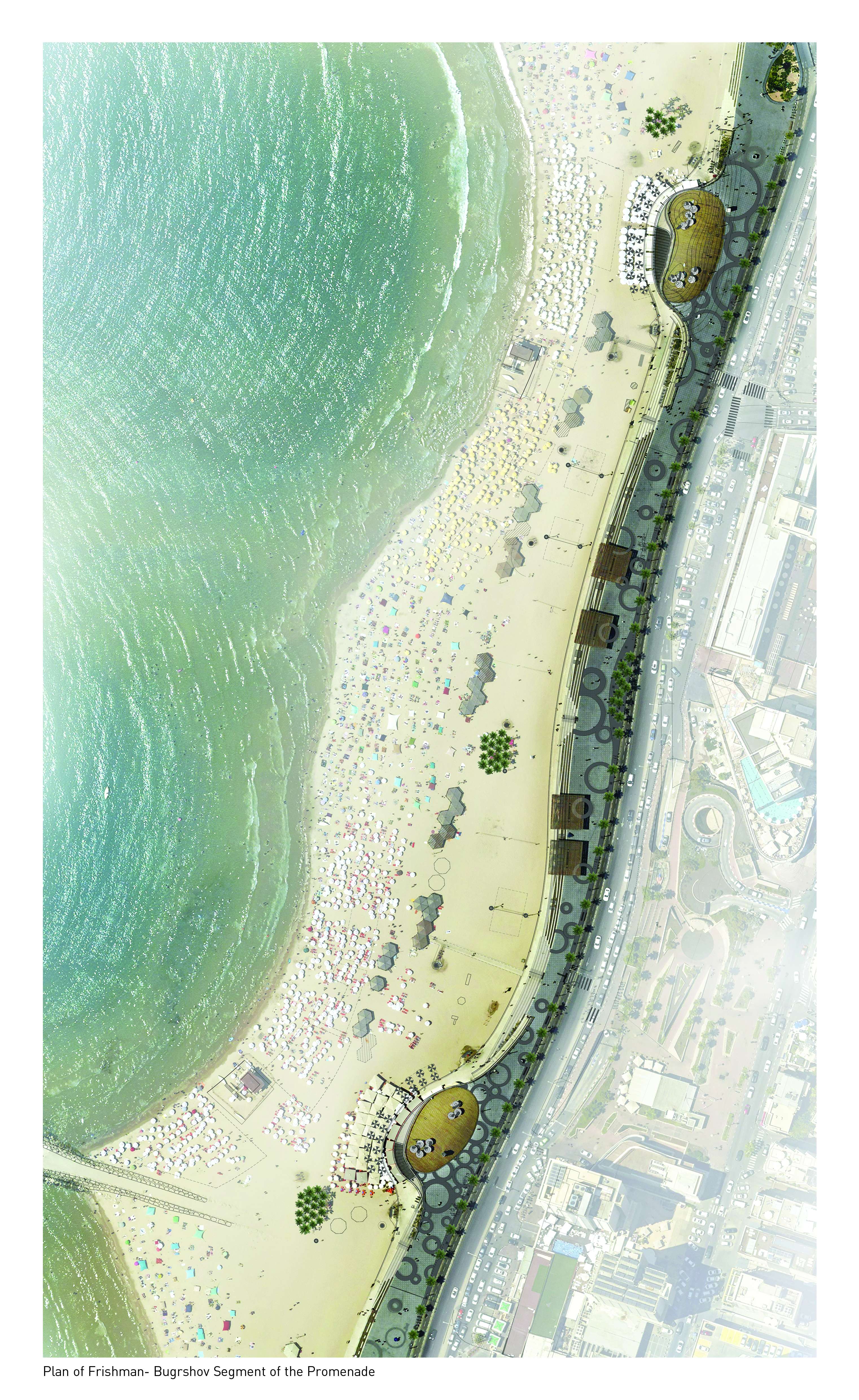 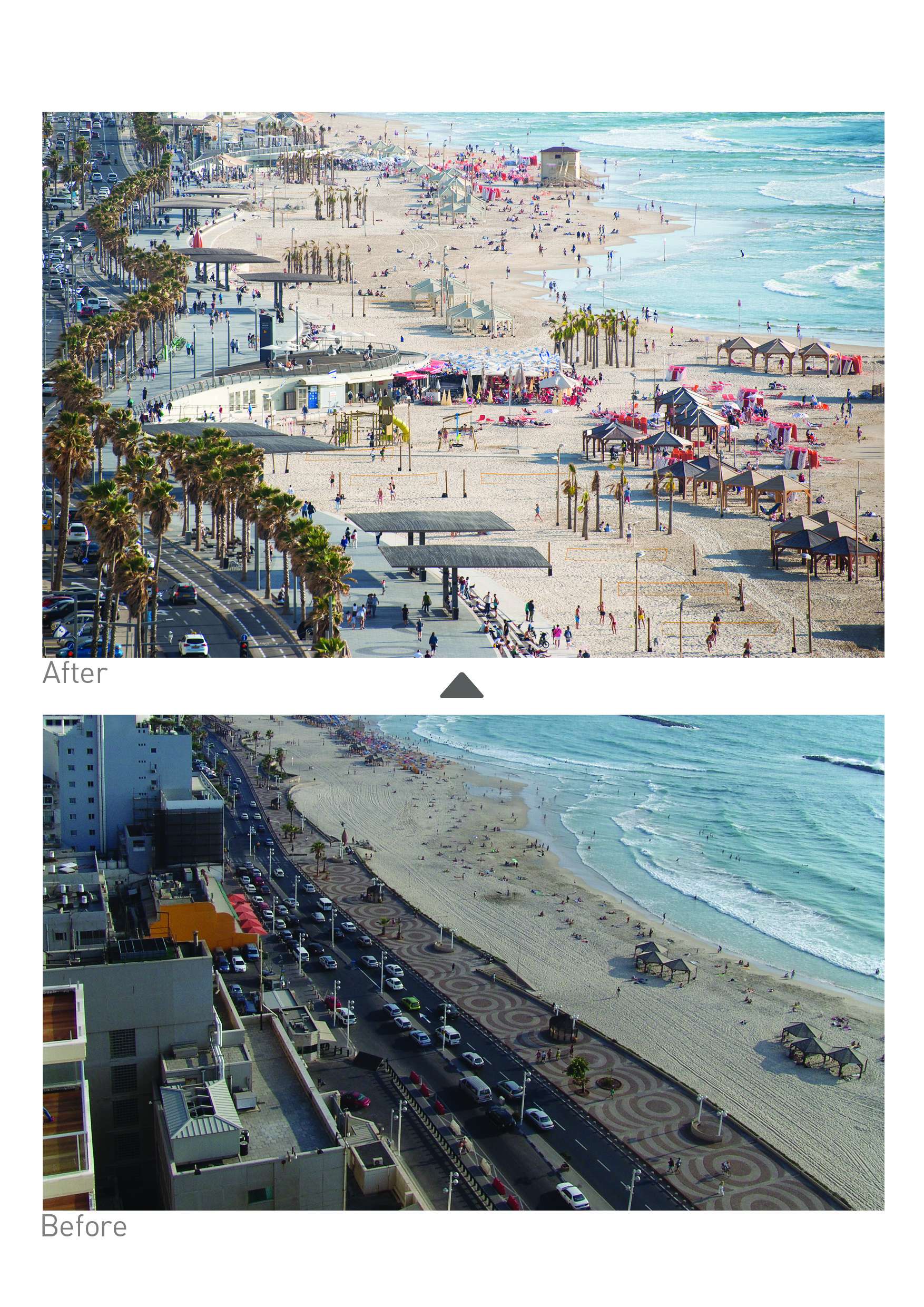 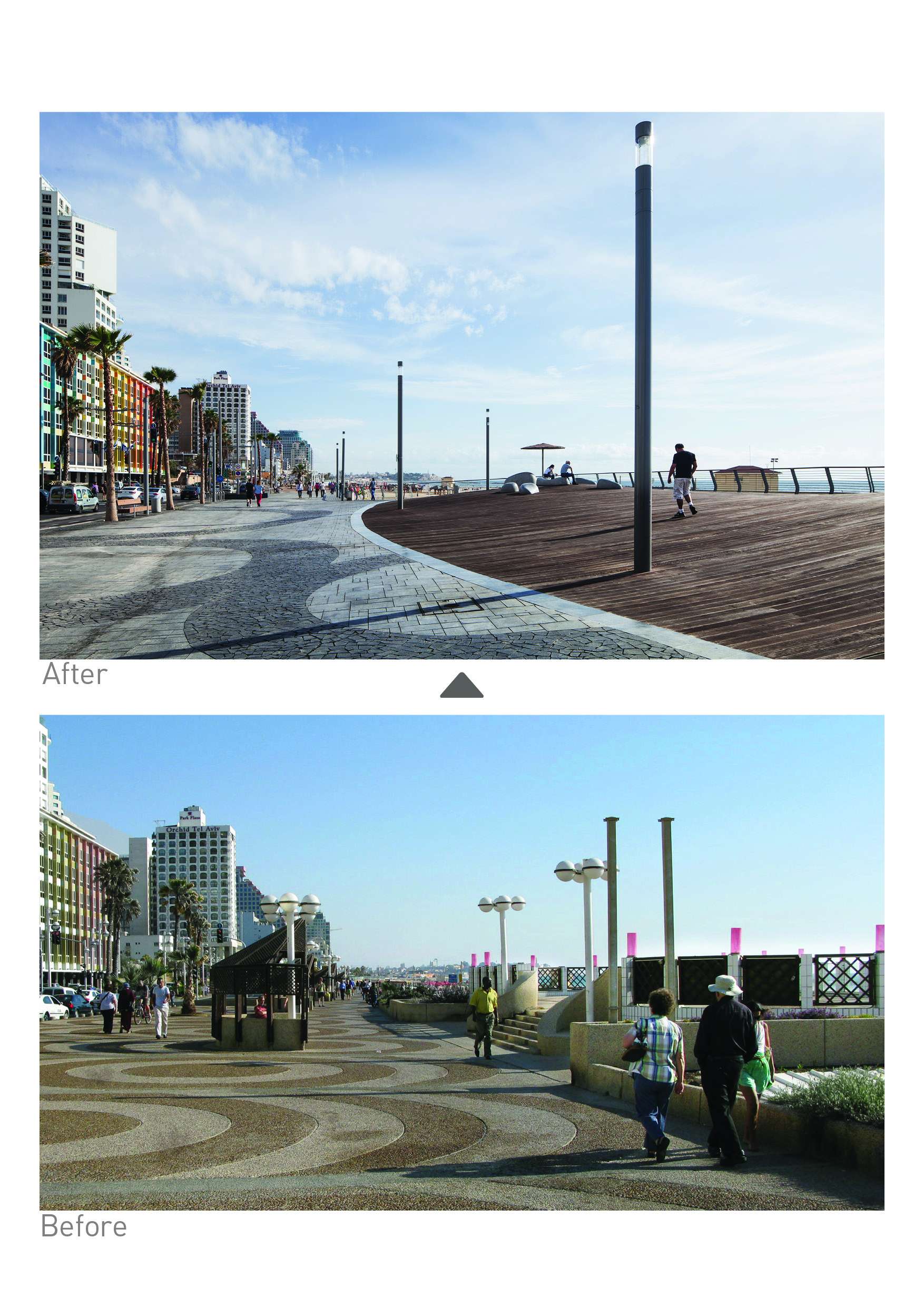 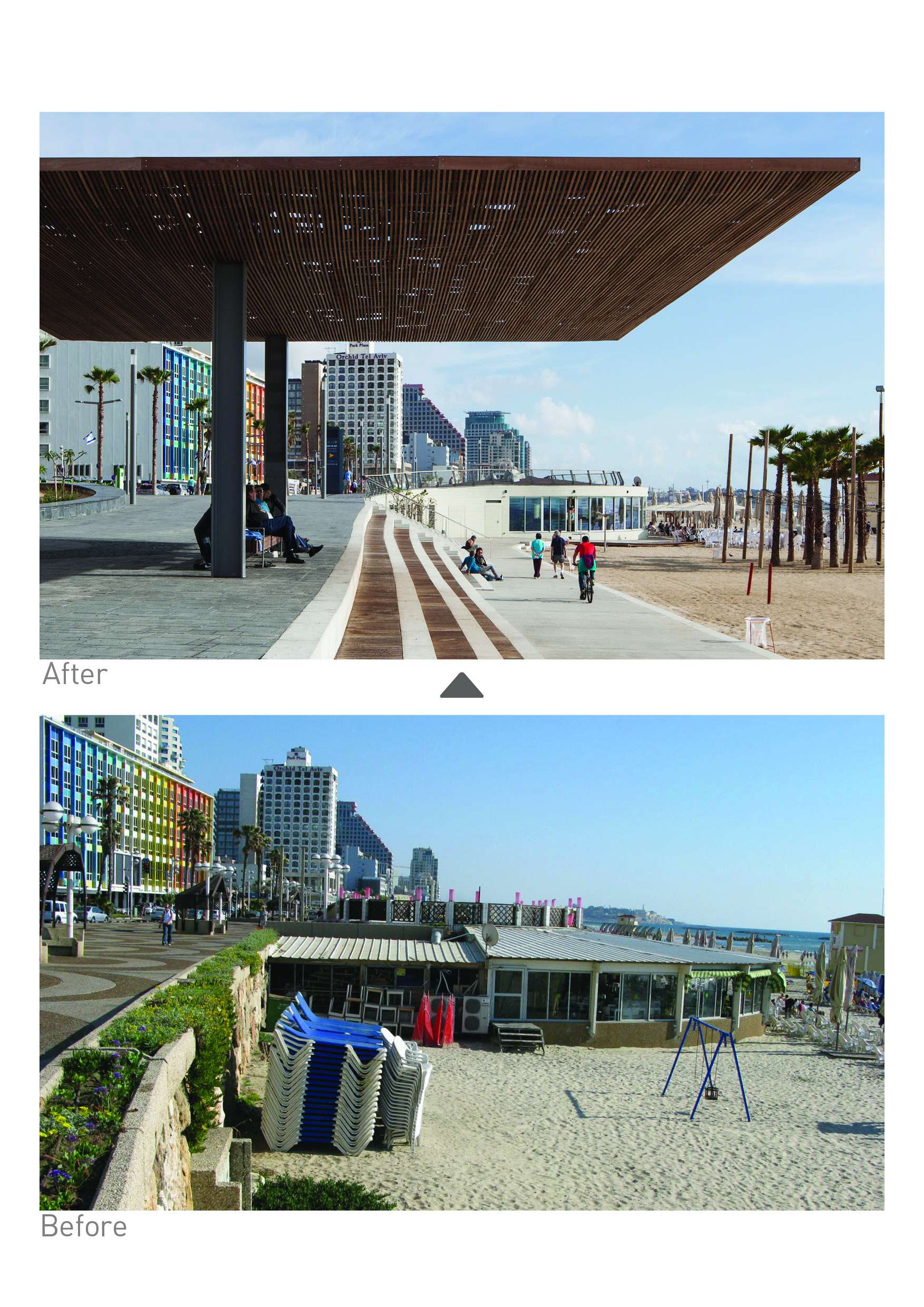 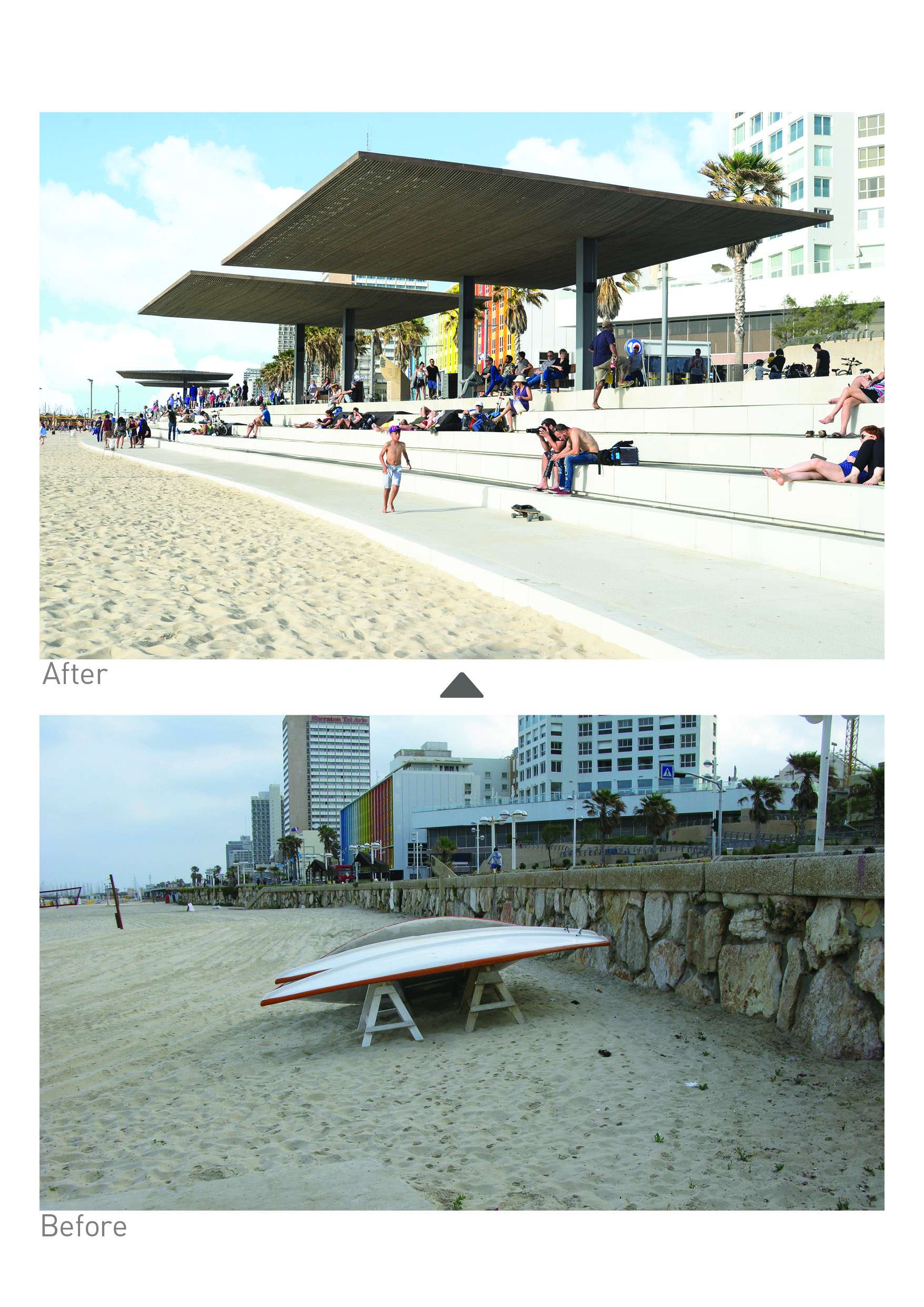 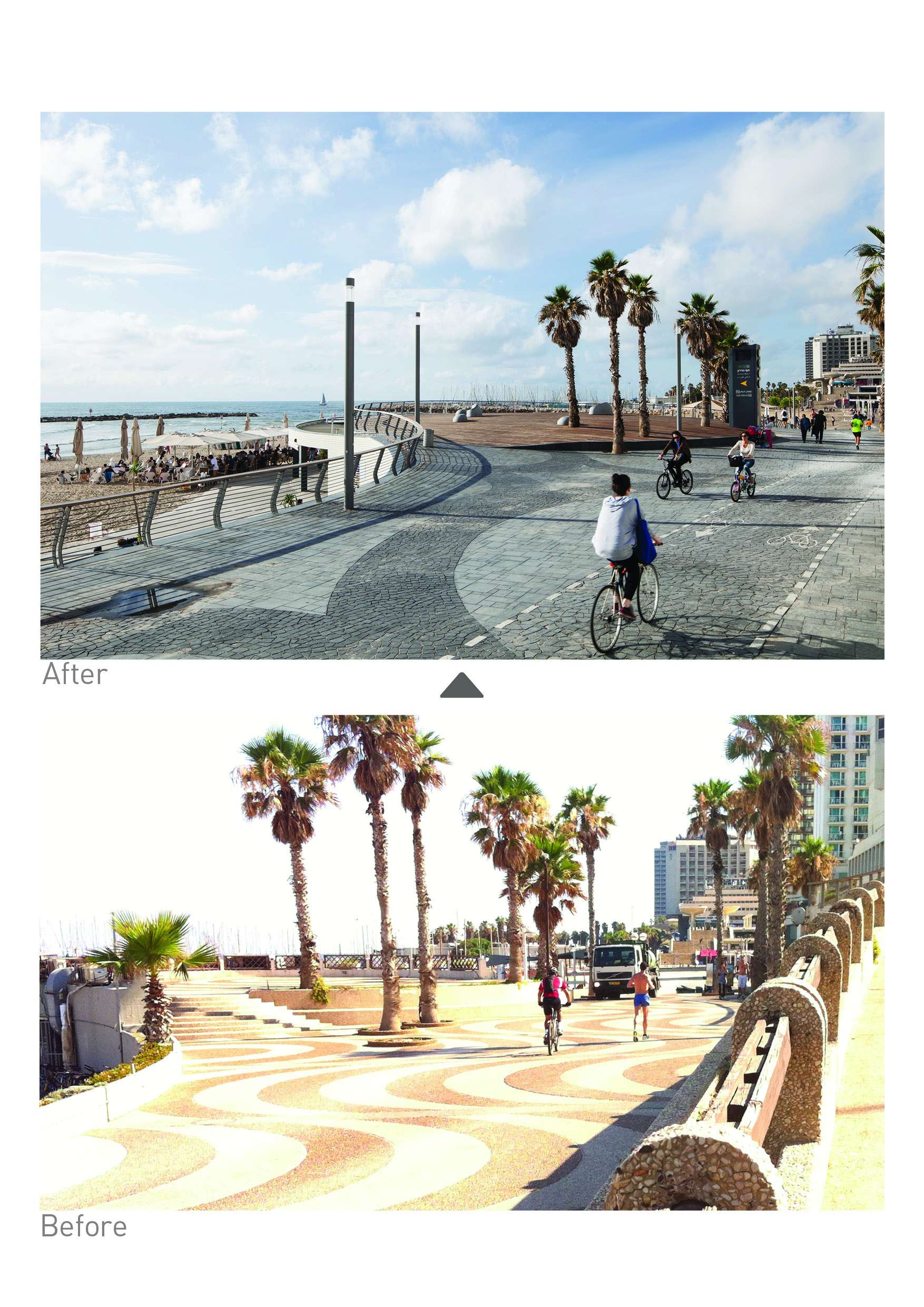 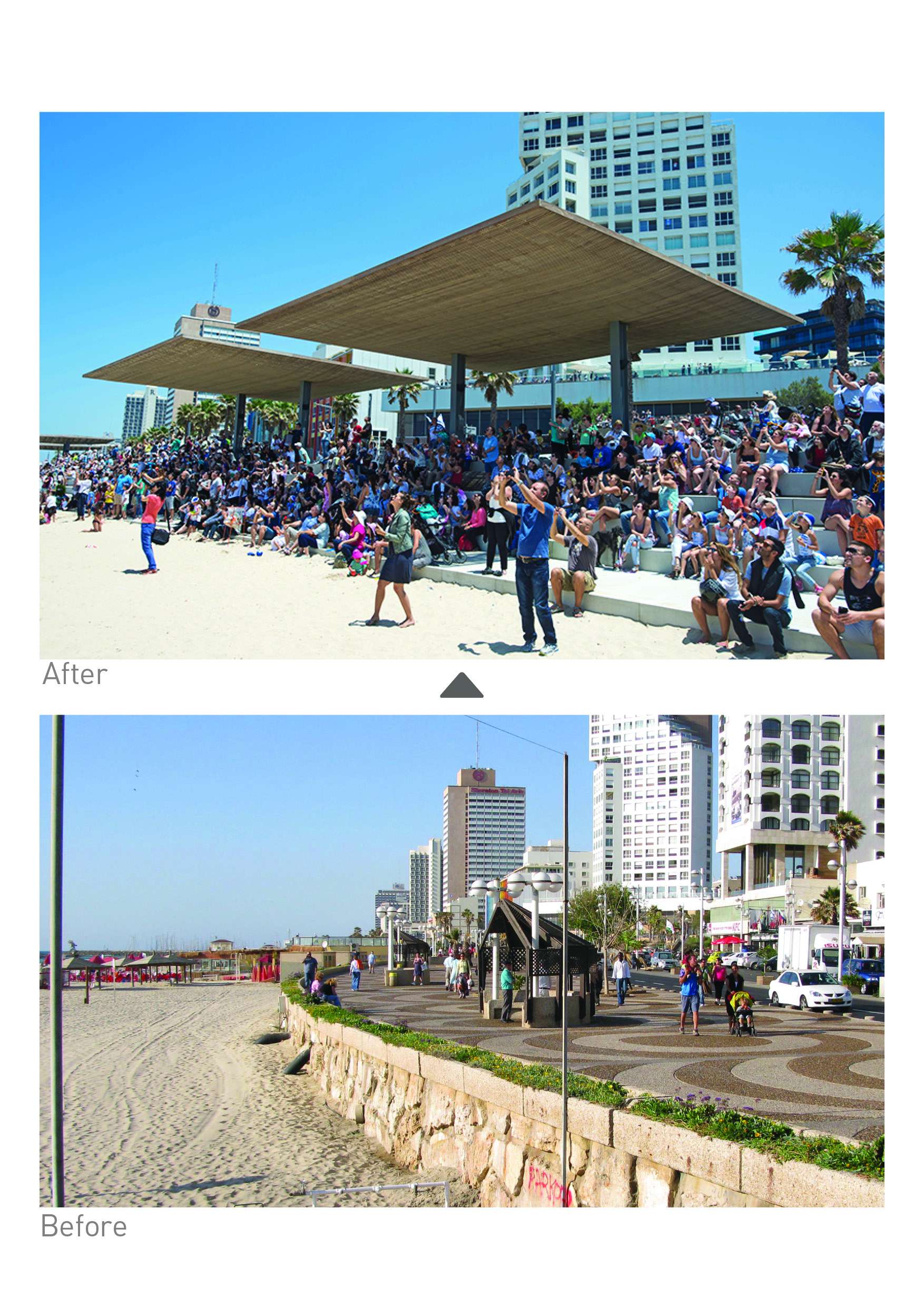 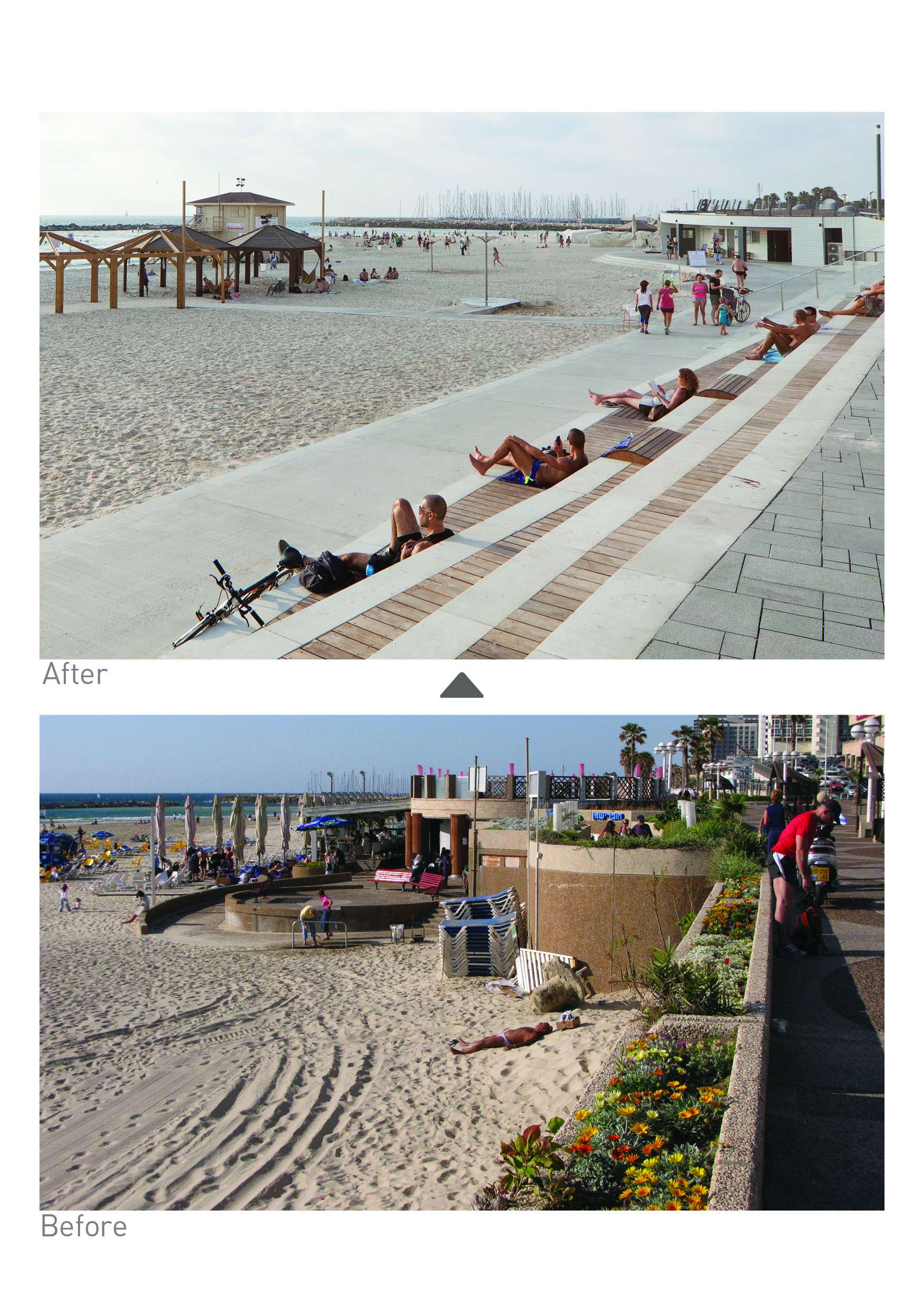 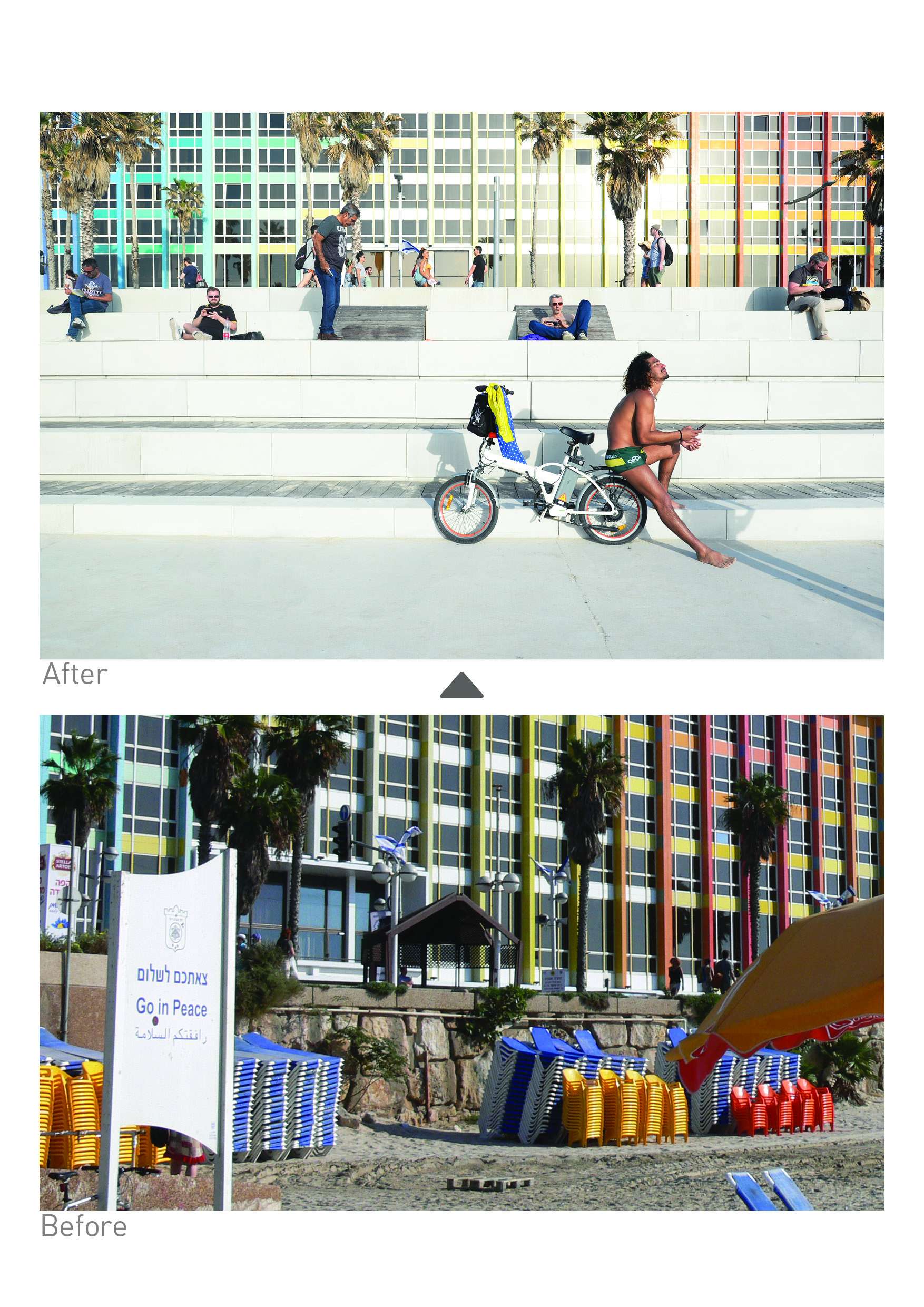 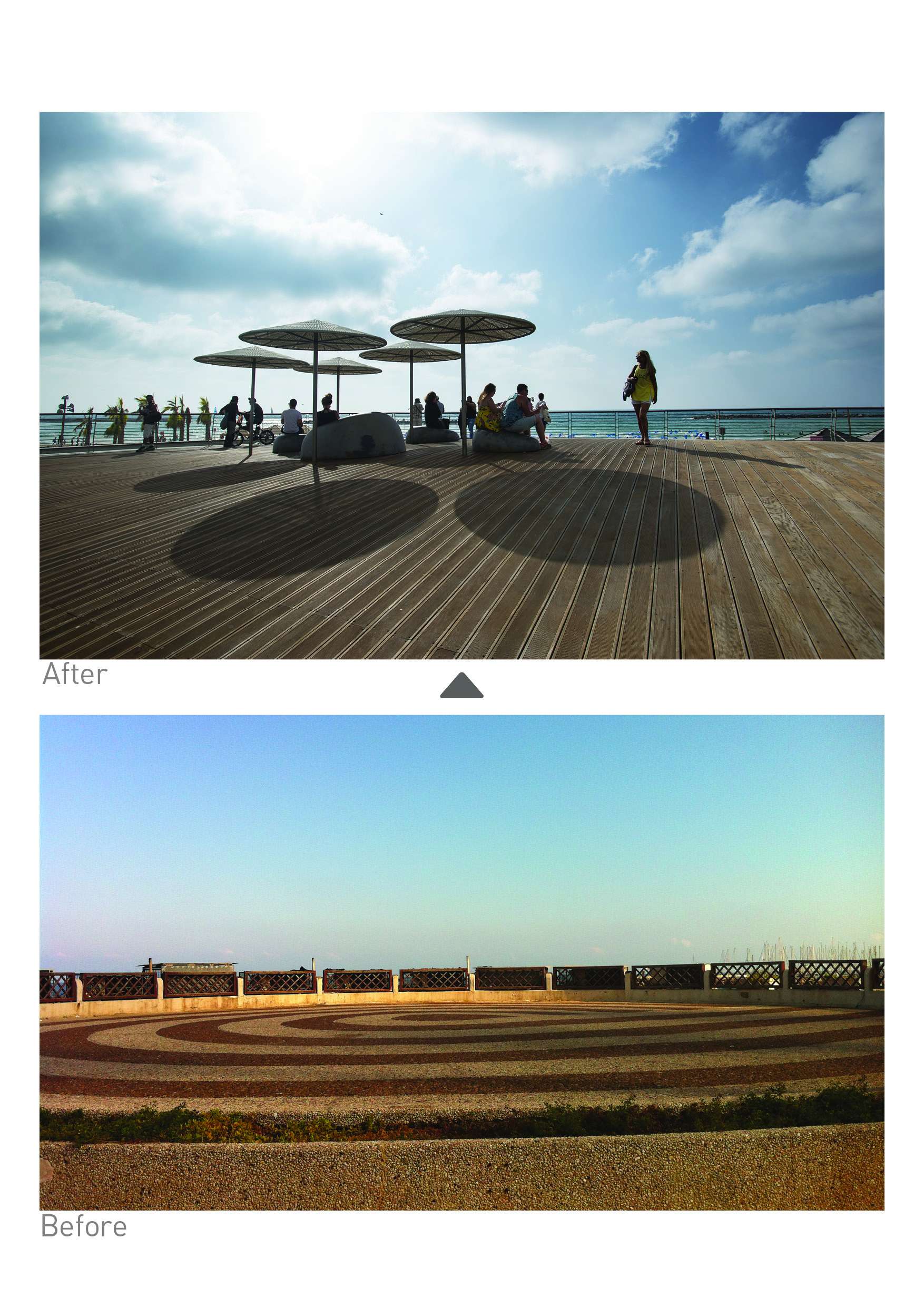 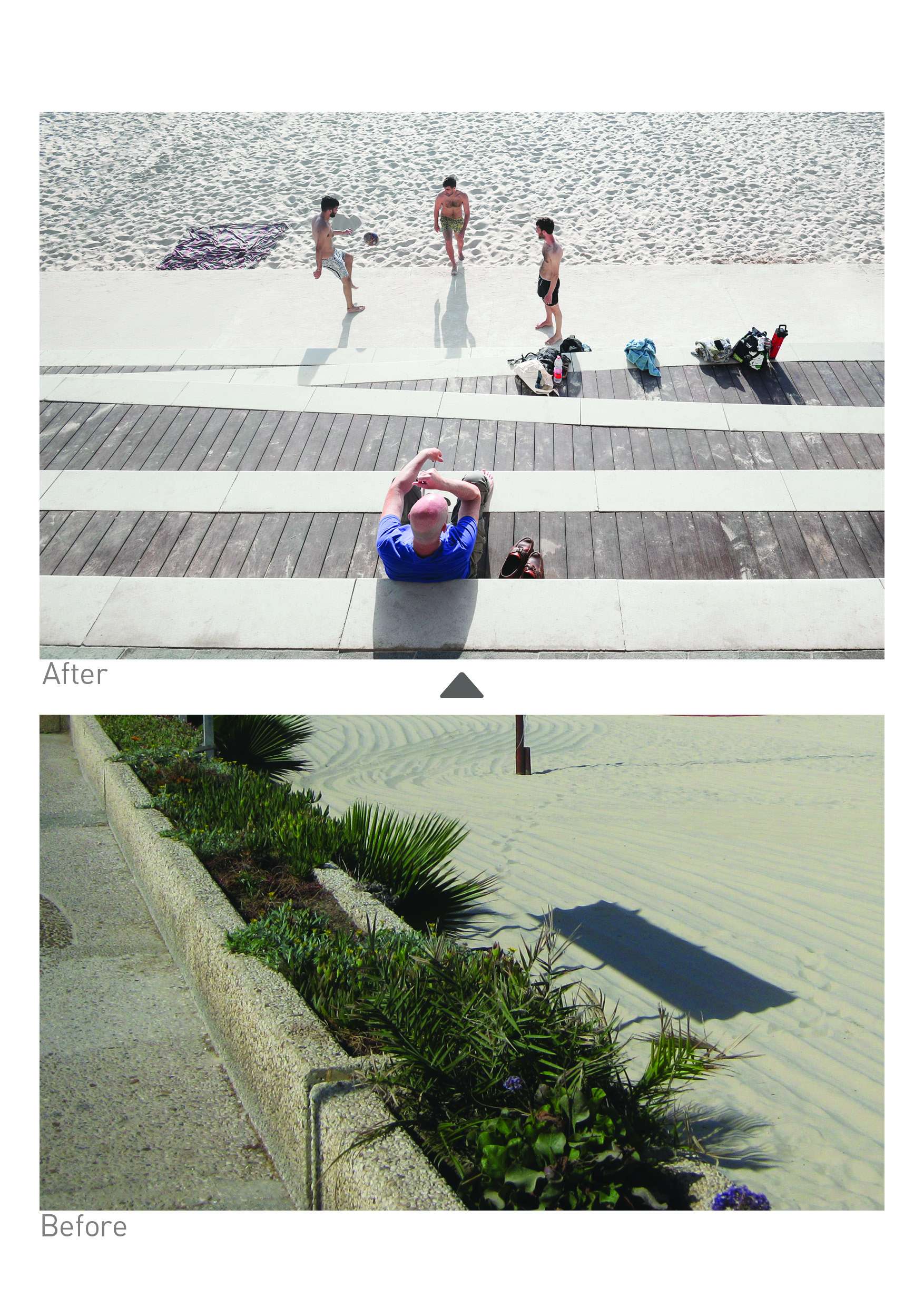 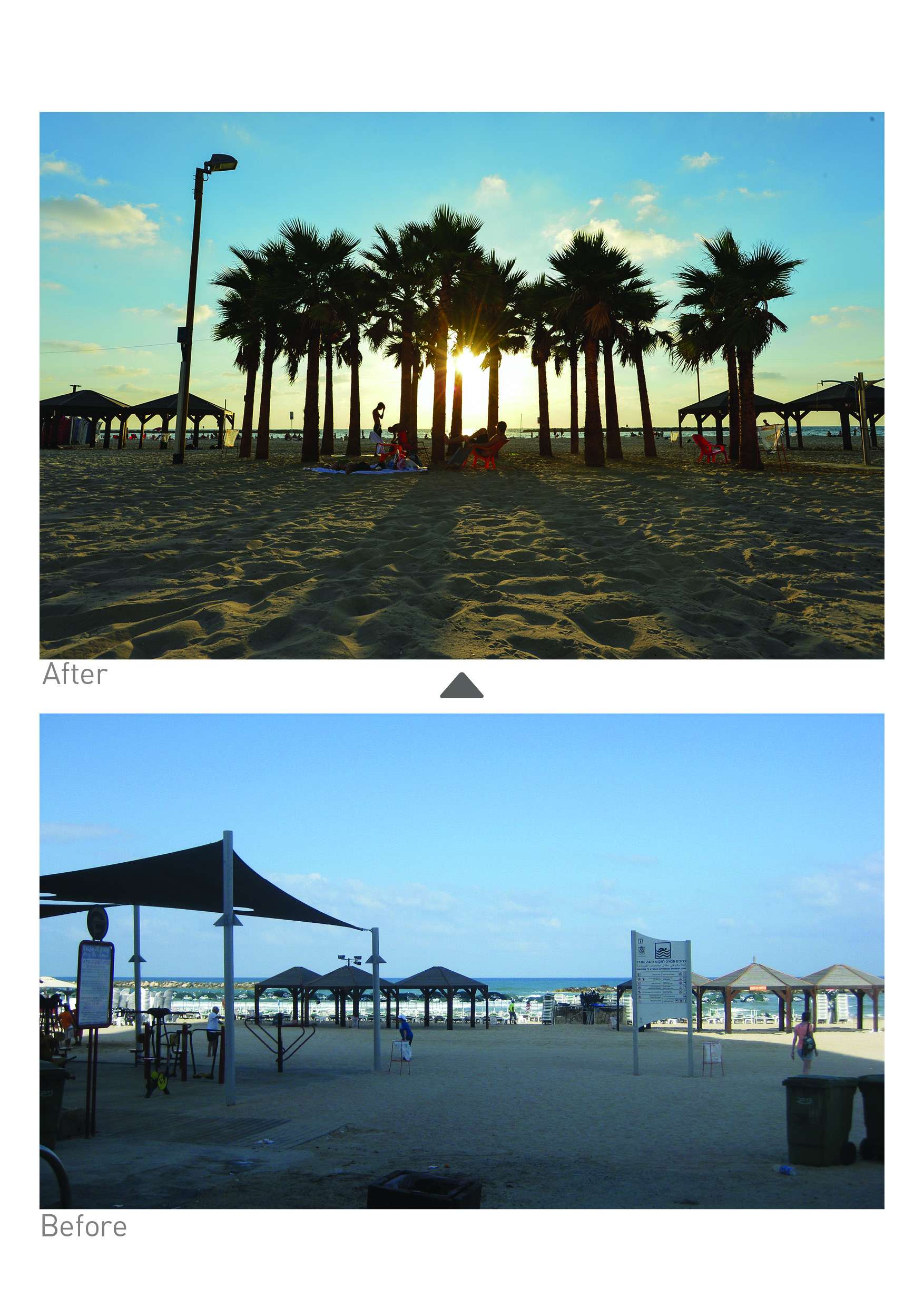 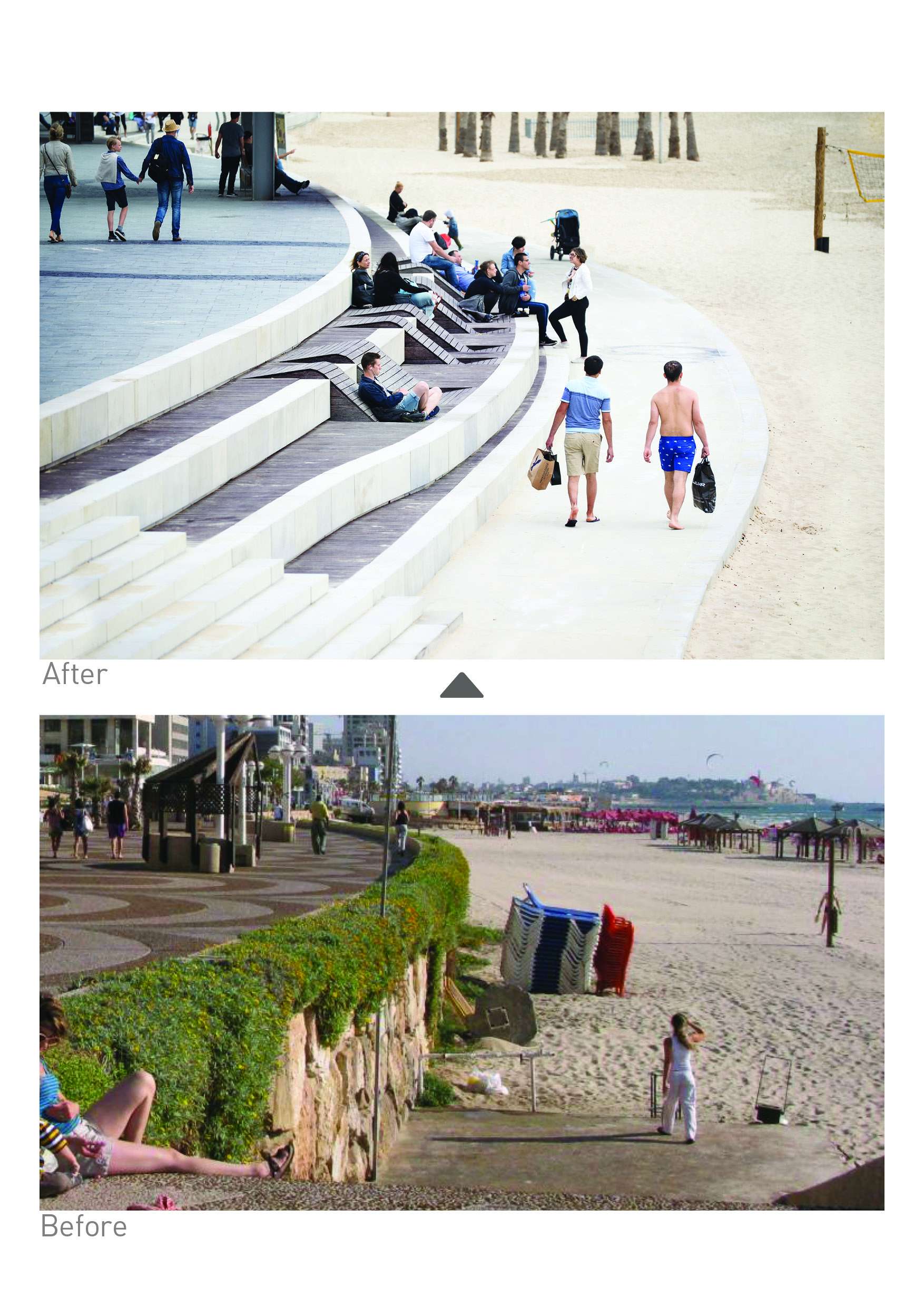 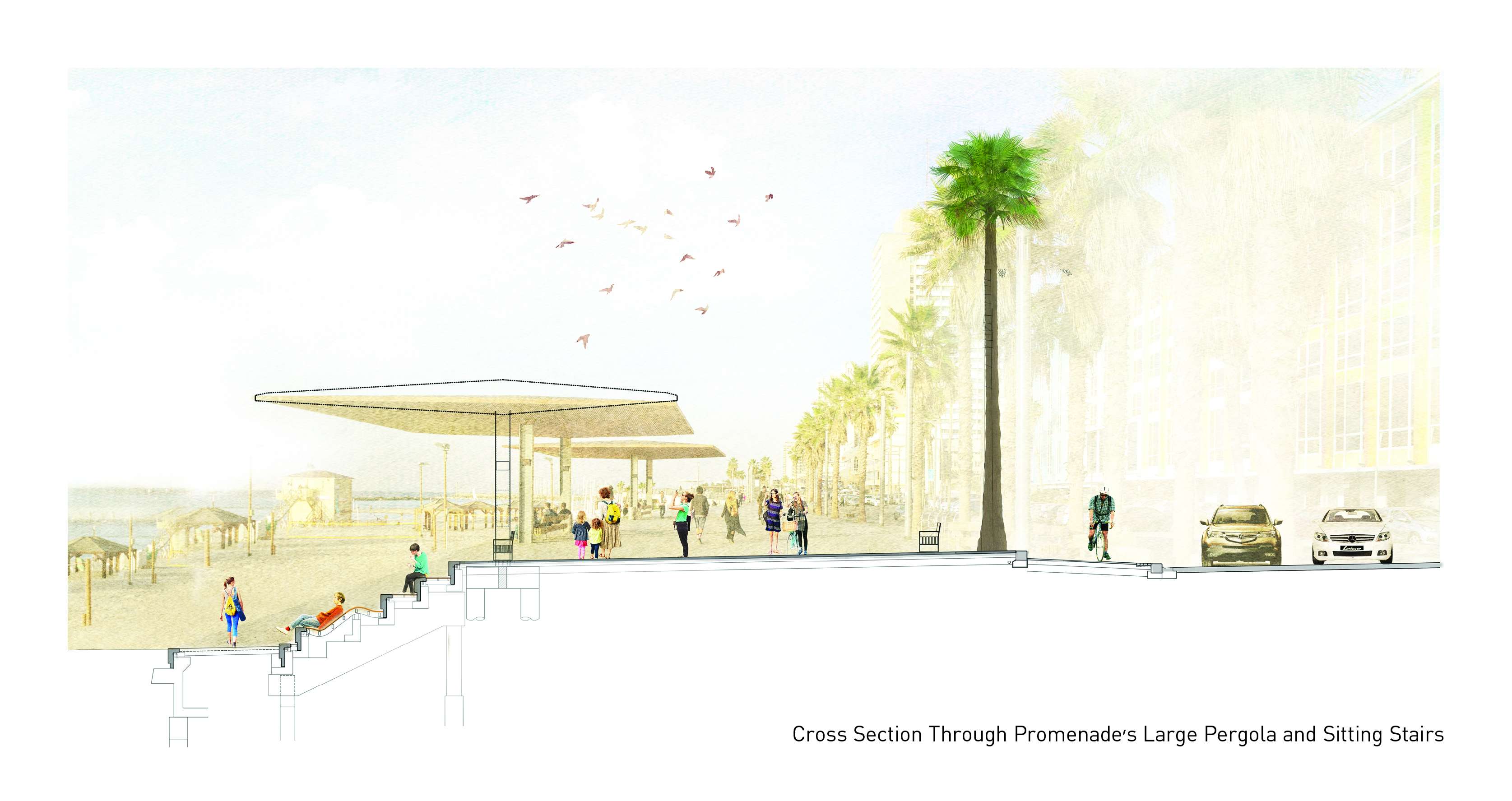 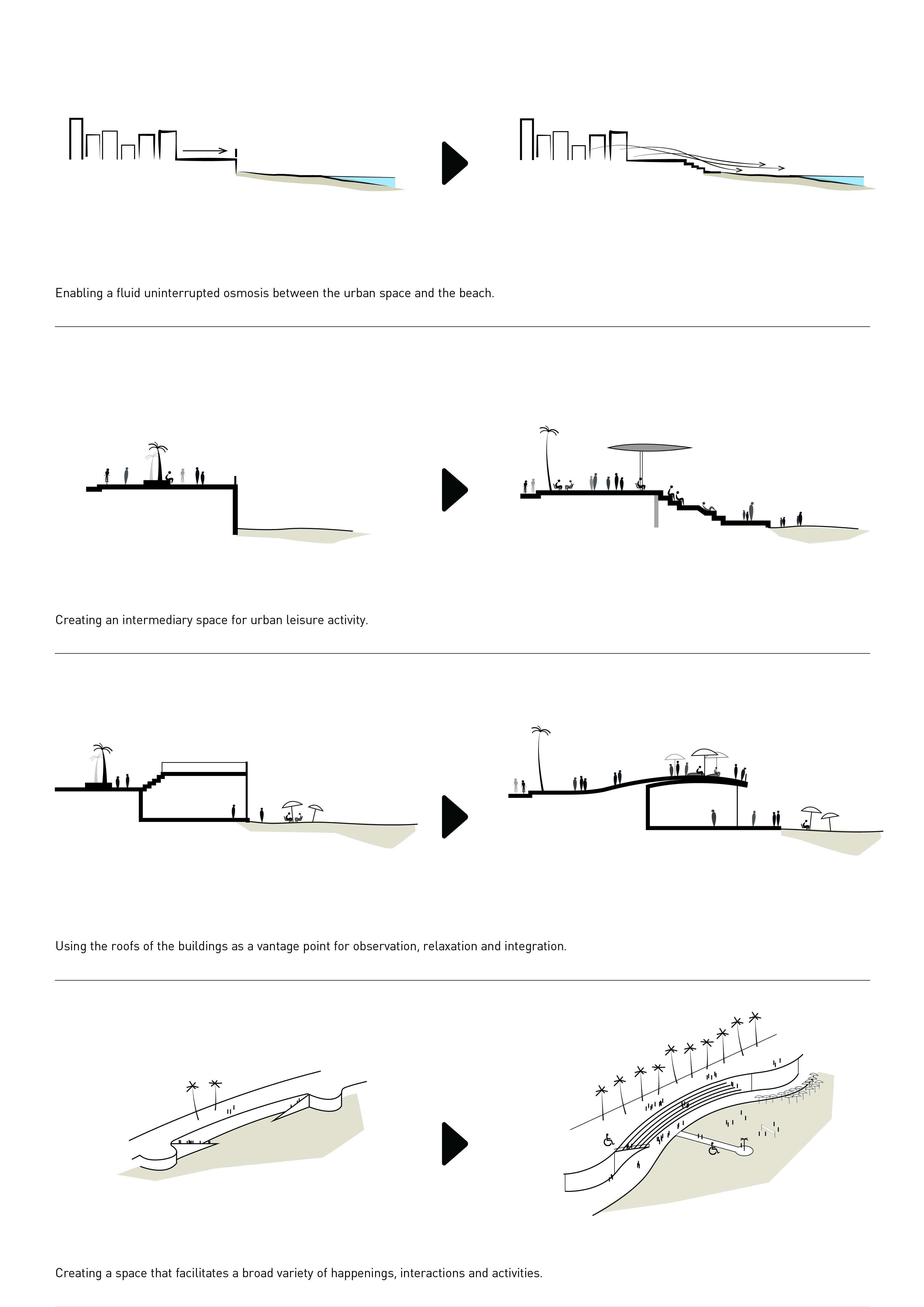 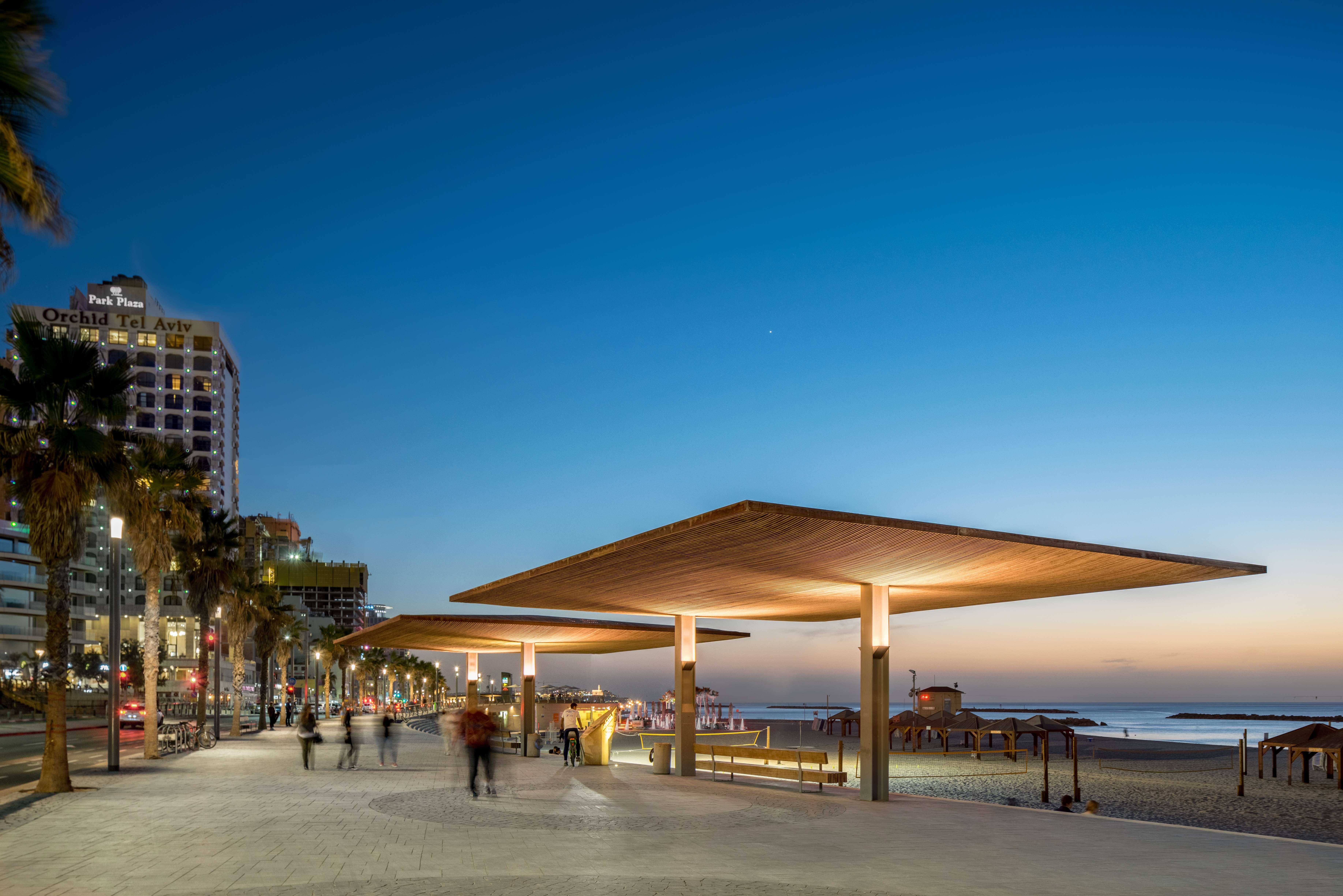 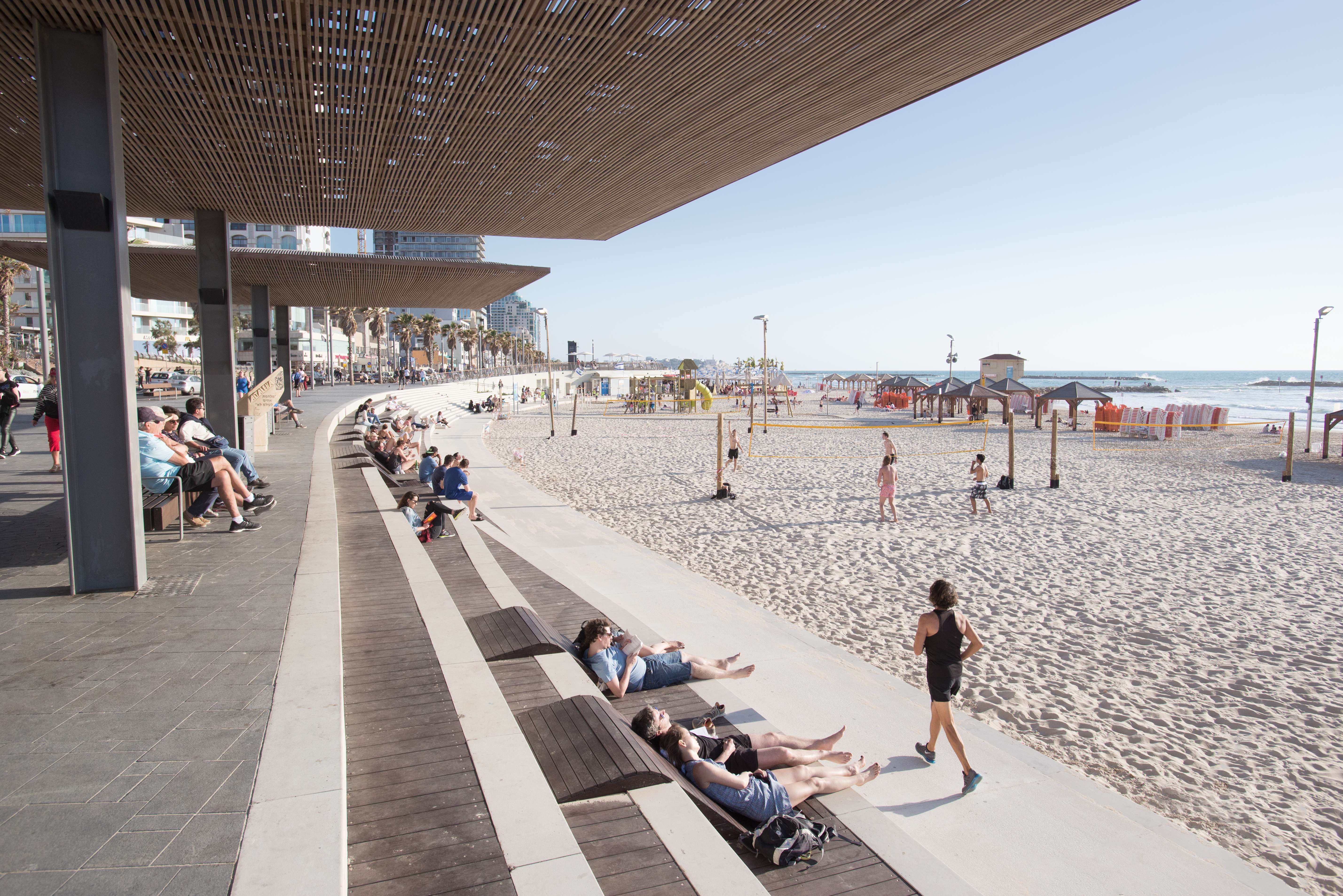 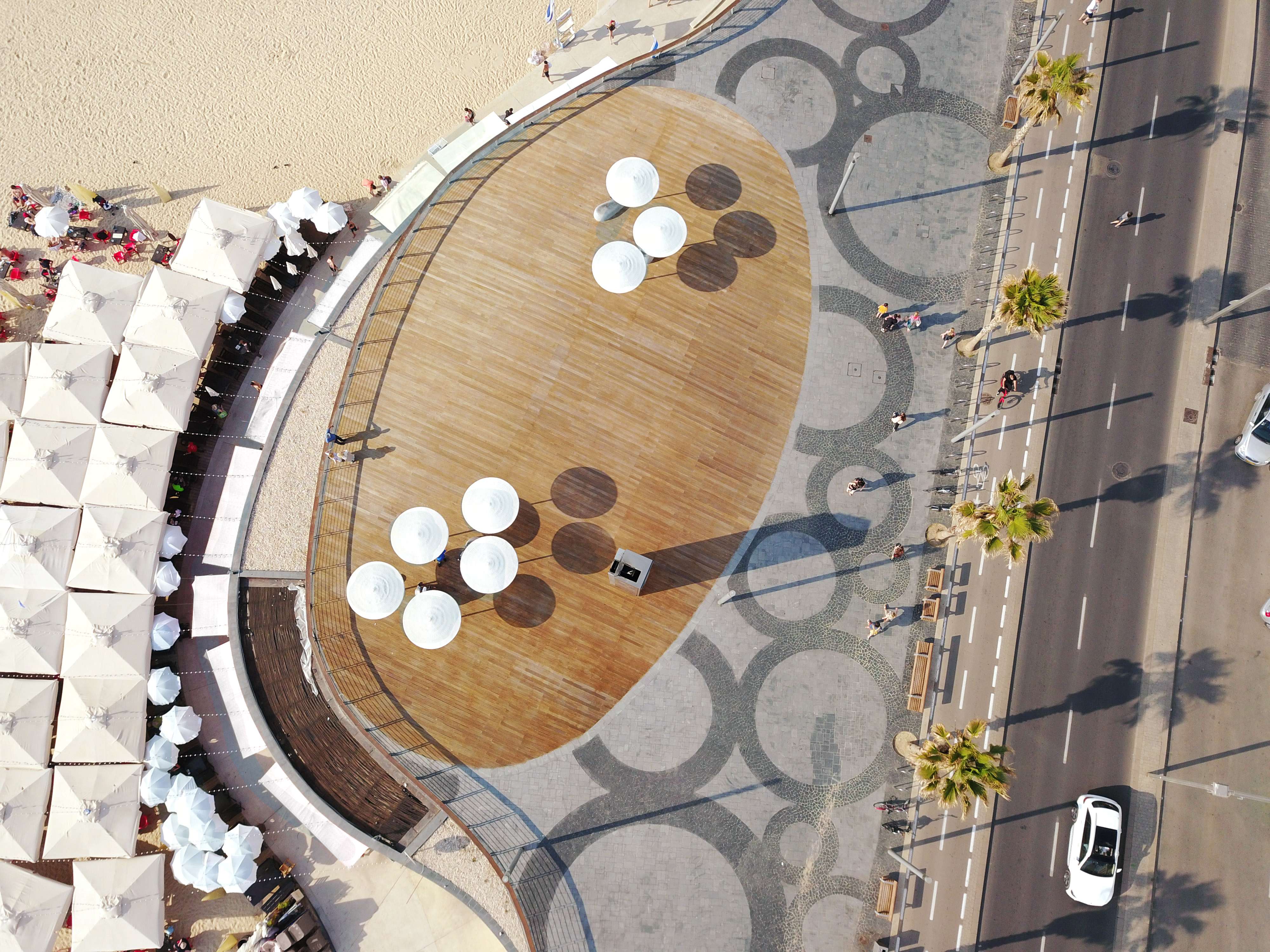 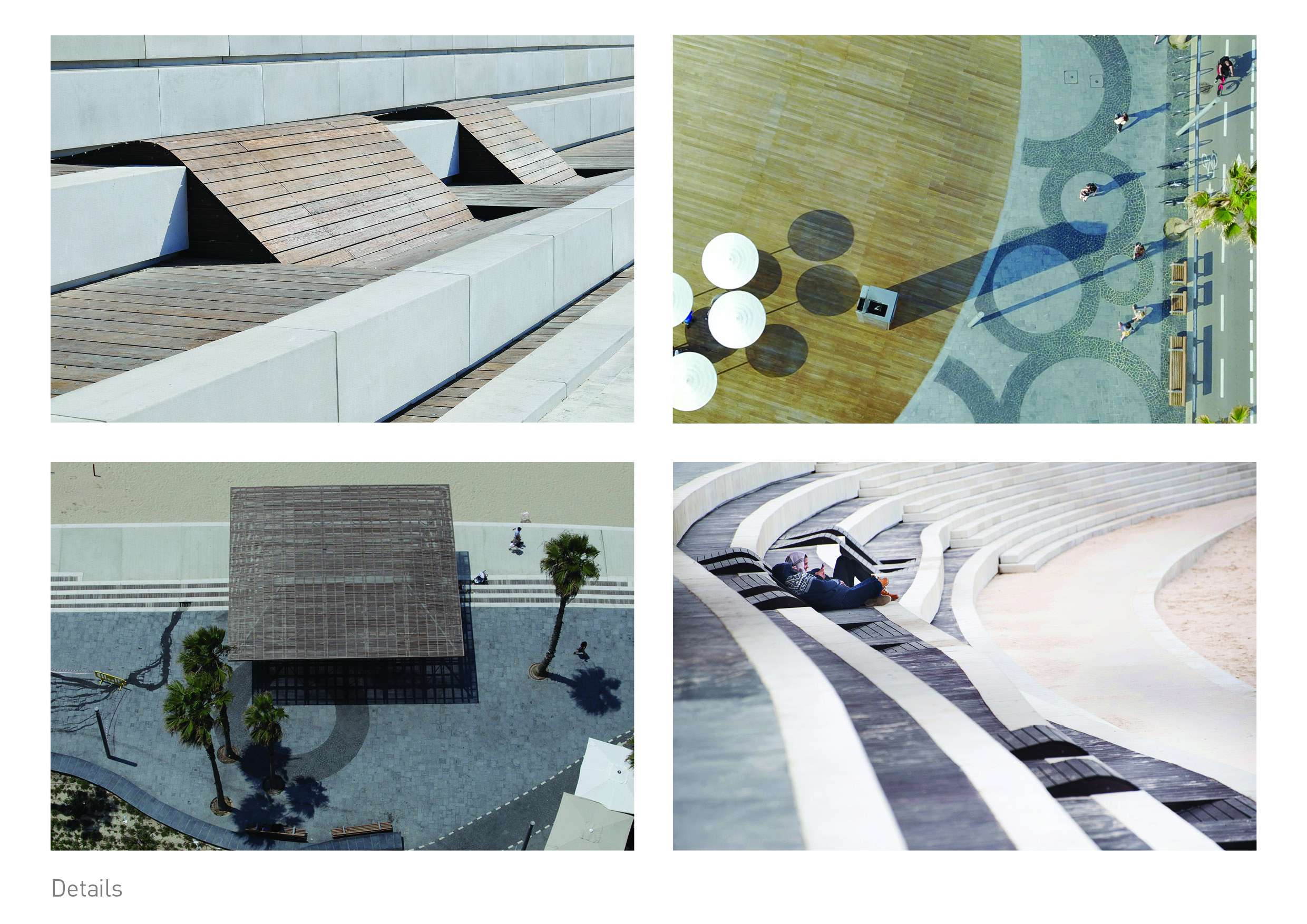 Since its inception in the late 1930's, the central promenade of the young Bauhaus city of Tel Aviv, played a key role in establishing the ever changing connection between the city and its shore. In all of the various phases of its life, whether the modest walkway of the 1930's, the neglected site of the 1960's, or the renovated version of the 1980's, the elevated boardwalk acted as a border that blocked the natural pedestrian flow between the city and its beach. The current renovation project aimed to transform this historical blockade by creating a new continuous interface that enables free pedestrian flow to and from the sandy beach, throughout the city's central waterfront.  Moreover, serving as the main waterfront public space of the entire metropolitan area, the new promenade and its sitting-terraces was designed to offer a generous array of seats and relaxation opportunities along the seafront, in order to host great many new visitors, and create a hospitable and lively public domain for this large dense urban area.

The strategic objectives of the project focused on the following key aspects:

Following other regeneration projects along Tel Aviv's coastline (e.g.- Tel Aviv Port, Charles Clore Park and Jaffa Port) the new renovated promenade is commonly considered the most transformative project due to its central position and the radical change it made in the relation between the city’s-built fabric and its major natural resource – the sea. Changing from a mistreated public space, that was used mainly by tourists and neighboring residents, the new promenade became a host to over 9 million visitors a year, a record number compared to Israel's population of 9 million.

Now that the project is built people from all walks of life that were previously avoiding this territory, come often to enjoy the sea side, take a break from the hectic city, relax, read quietly or play together in front of the open horizon, turning this public space to an all year round and around the clock hub of activity. Tourists mixed with a vast number of local residents from the densely populated surrounding metropolis, had made the new promenade become the liveliest, yet close to nature, public space in the country.

The new ‘in-between’ space that was created in order to mediate between the city and its beach, had become a vital melting pot for a new urban culture, where spontaneous bands of acrobats, backgammon players, young moms, sportsmen and many more, turn the promenade into their common social-platform. Its generous hospitality which is open to all creates a highly multicultural heterogeneous space, which radiates into its dense and rather complex context free spirit and optimism.

Master plan | This project is the central segment of Tel Aviv’s strategic regeneration plan for its waterfront, including projects such as 'Tel Aviv port', 'Jaffa port' and other promenades, and creating a 12 km continuous strip of urban seafront.

Location | The central beaches of Tel Aviv between the city’s marina in the north and Charles Clore park in the south.