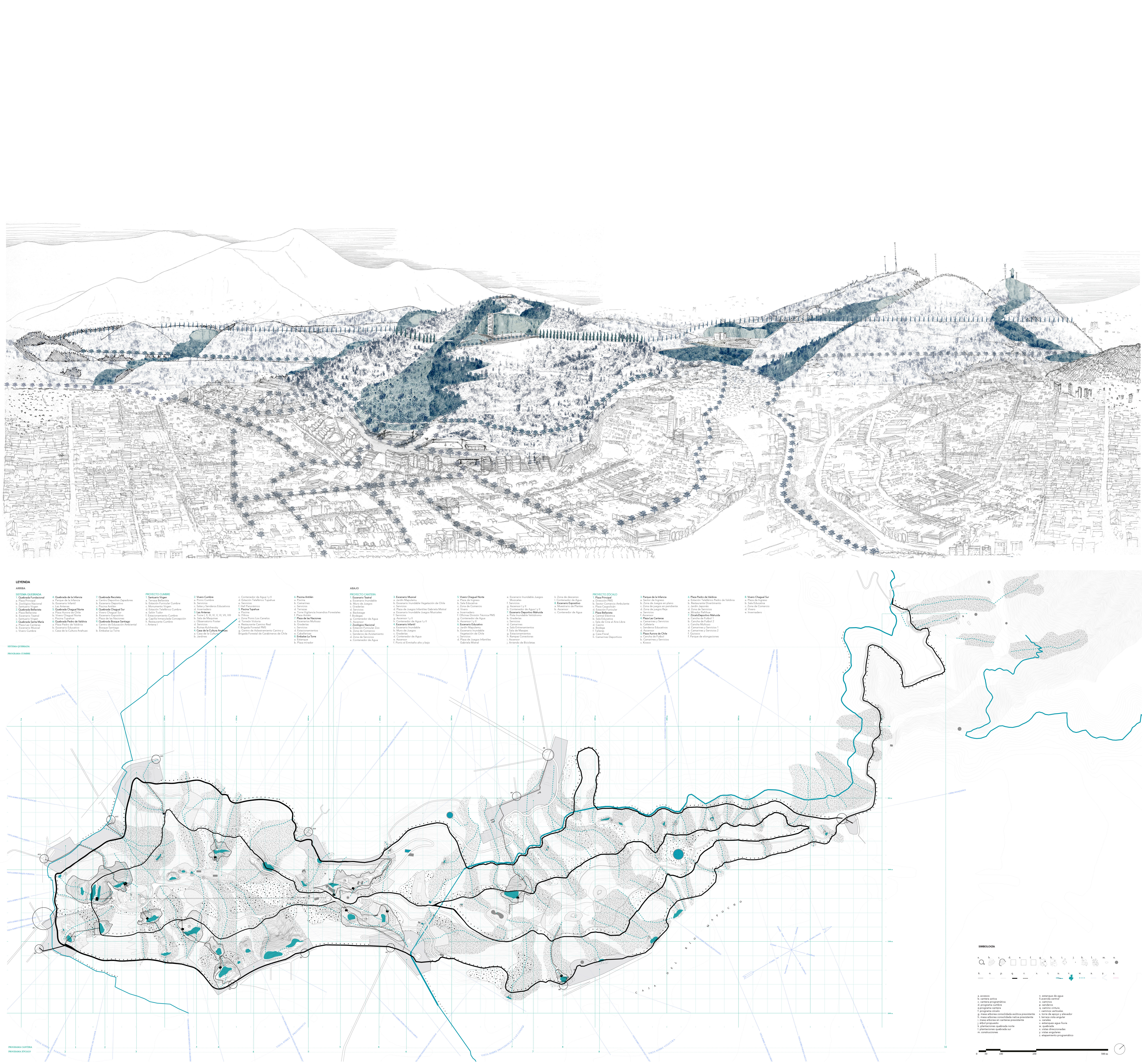 Strategically located on the northeastern edge of Santiago, throughout its history, Cerro San Cristóbal has been watched from the city, giving it different roles and posing on it dissimilar images. During the celebration of the Centennial of the Nation, a key plan was crystallized in that narrative, which proposed for the only time an investment in that view when raising the possibility of a project for the hill from its summits to the city.

This plan was led by its main promoter, the mayor Alberto Mackenna Subercaseaux (1875-1952), being designed by the French landscape architect Carlos Thays (1849-1934). Its importance lies in the approach of a project of unitary landscape, capable of recognizing, on the one hand, the geological and productive past of the hill, recovering its old quarries. And on the other hand, the project was able to anticipate the transformations that Santiago would suffer over time, defining it as a large park, consistent with future expectations of urban expansion.

Although the drawing of that plan disappeared and, consequently, was not applied, this thesis postulates that this project became a guide for the transformation of the hill, to the point that today it is possible to find some of its built fragments, which today have been isolated and devoid of meaning, materializing, as a result, an inconclusive plan.

Consequently, the thesis proposes that the incorporation of the old quarries of stone extraction as programmatic reliefs, as spaces of intensive use in the hill, will generate a recognition of a historical past capable of strengthening San Cristobal as a unitary landscape. The proposal seeks to integrate both the boost of their natural systems and their uses, establishing new visual, ecological and programmatic links between San Cristóbal and the city.