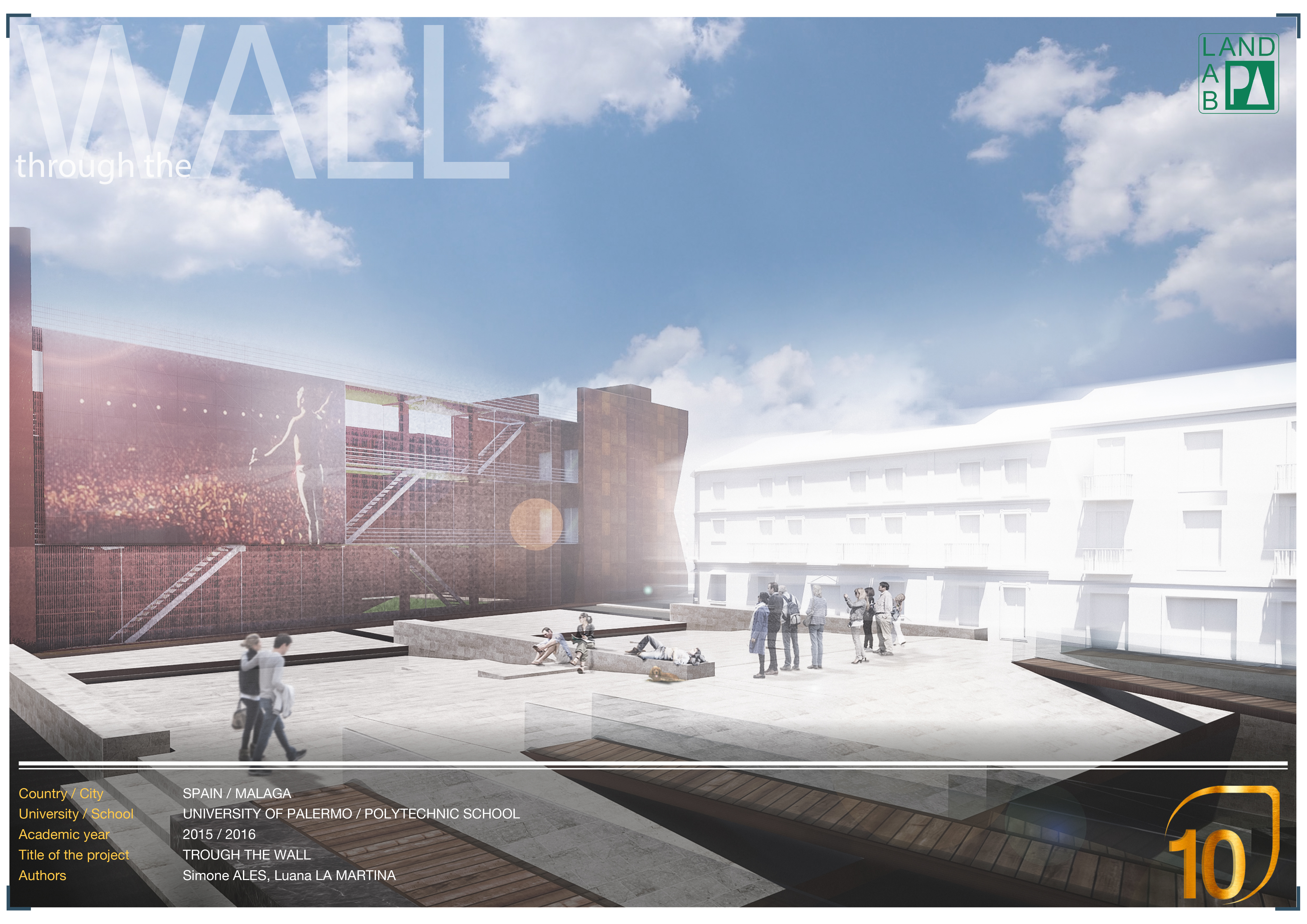 The project is located in Plaza Llano de Dona Trinidad, in the historical center, in
Malaga. Currently the square consists of a central space, which houses an impromptu
playground and a sequence of trees including palm trees and a centuries-old beech,
and is surrounded by roads and parking lots. The operation involves a central
excavation, which houses a hypogeum parking lot, above which is set up an irregular
roof supported by steel pillars, whose extrados becomes the actual square. Everything
is developed starting from a light diaphragm, the vertical “wall”, designed as a steel
frame and corten steel mesh. The diaphragm, named The Wall, houses a led screen
that serves the square and a system of stairs and elevators that allow you to reach the
di erent levels in which the project is developed: parking fee, square elevation, and the
new structure for commercial use. The new dimensions also allow the perception of a
new landscape. The playground has been redesigned in accor- dance with the needs
and safety of children and placed in the protected space behind The Wall,
characterized by a large vertical green wall, it is accessible both from the parking lot,
through The Wall, and from the share of the square. The square has an irregular
course and is divided into two parts by a large central void from which it is possible to
see the parking below and reach it by means of ramps. The rst part in front of The Wall
welcomes an amphitheater that slopes towards the wall and in front of the led screen,
the second has a natural character, with ower beds and the centuries-old beech
preserved in the project in all its beauty.