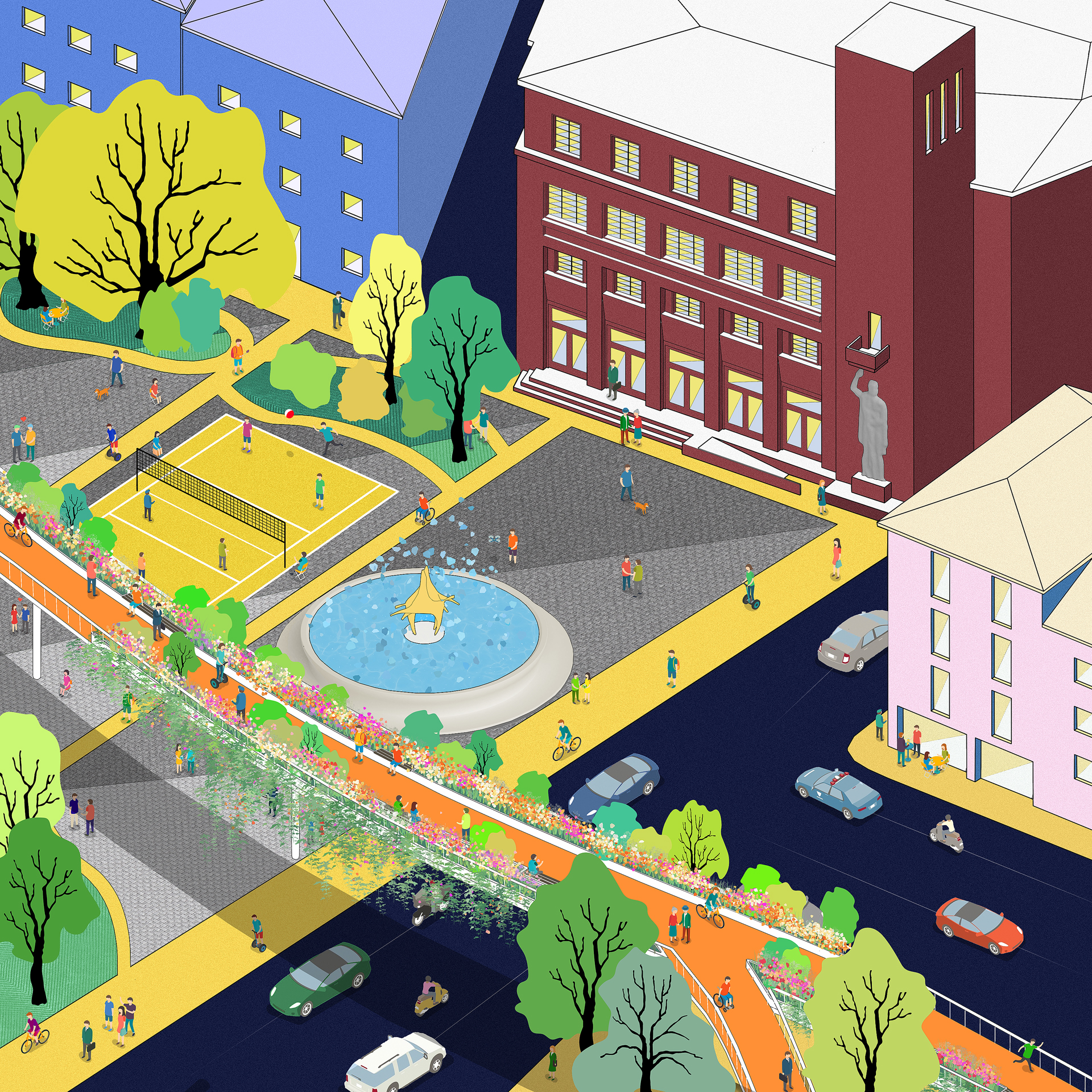 between the university and the every day life. Via Calepina and Via Verdi represent the main streets

where the masterplan is developed. The two public gardens, Venezia and Garzetti, give access to

the old city and act as green lungs of the centre: a debate among knowledge, nature and city.

the aim of Trento city walkway is to reconnect these two urban gardens through a planted highway.

Keyword as urban connectivity, landscape perception and senses stimulation are the basement

of the line of reasoning. Trento city walkway is meant to be as a new vector of greening to connect

perceptively the two urban gardens. It would be a new flying ecologic passageway inspired

by the XXI century aerial walkways in Victorian greenhouses.

For this reason several species of flowering shrubs are planted to recall the XXI century atmosphere,