View point of Inca mine the Chivato 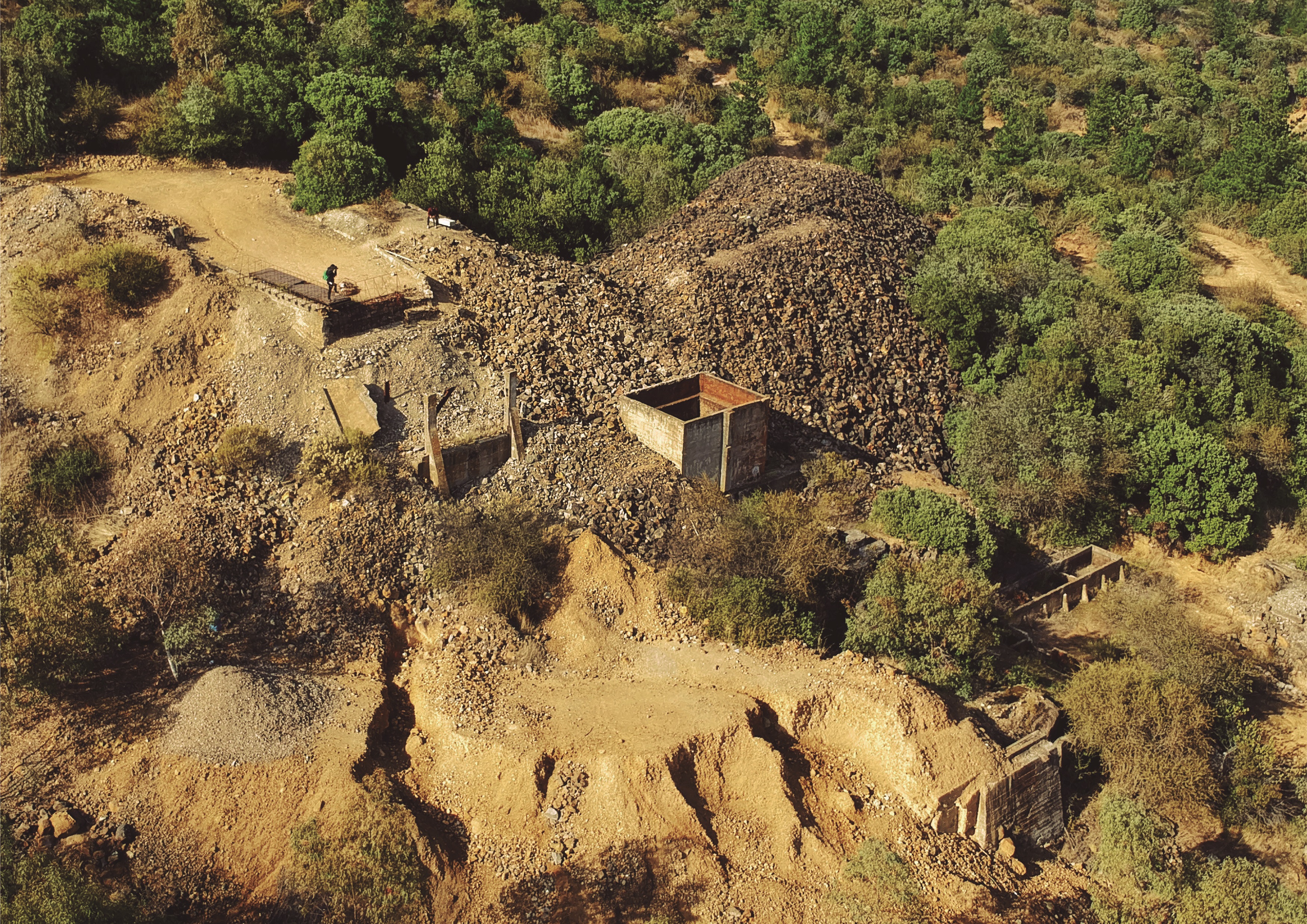 View point of Inca mine the Chivato

In the Seventies this location witnessed a tragic moment, the closing of one of the oldest (and smallest) gold mines in the Central Valley of Chile, exploited by the Incas at the moment of the arrival of the conquistadores and that puts the El Chivato as one of the Southernmost enclaves of the Altiplano ethnic group and the Maule River as an unwavering Mapuche frontier.

Located in the El Águila mount, about 3 km to the northeast of the hamlet of Santa Rosa de Lavaderos, where still some small artisanal gold activity persists, the work is still used through some of the preexistences ways and ruins of the last period of exploitation, as well as a landscape of other times full of native flora, now covered with species destined to the lumber industry. The remains of the forest, the industrial ruins, the estuary of the old tailings, serve as structural and narrative support that aims to put into value a cultural landscape that contributes to the identity of the region.

The work is made up of a skeleton body of bars of striated steel that takes the form of a bowsprit, a fragile structure that allows approaching the environment, to fly over it. The rectilinear element forms a small square as it is parallel to the walls allowing a brief rest for the cyclists and sporadic walkers. A secondary body sustains the whole set by temporarily preventing its deterioration from erosion and neglect.