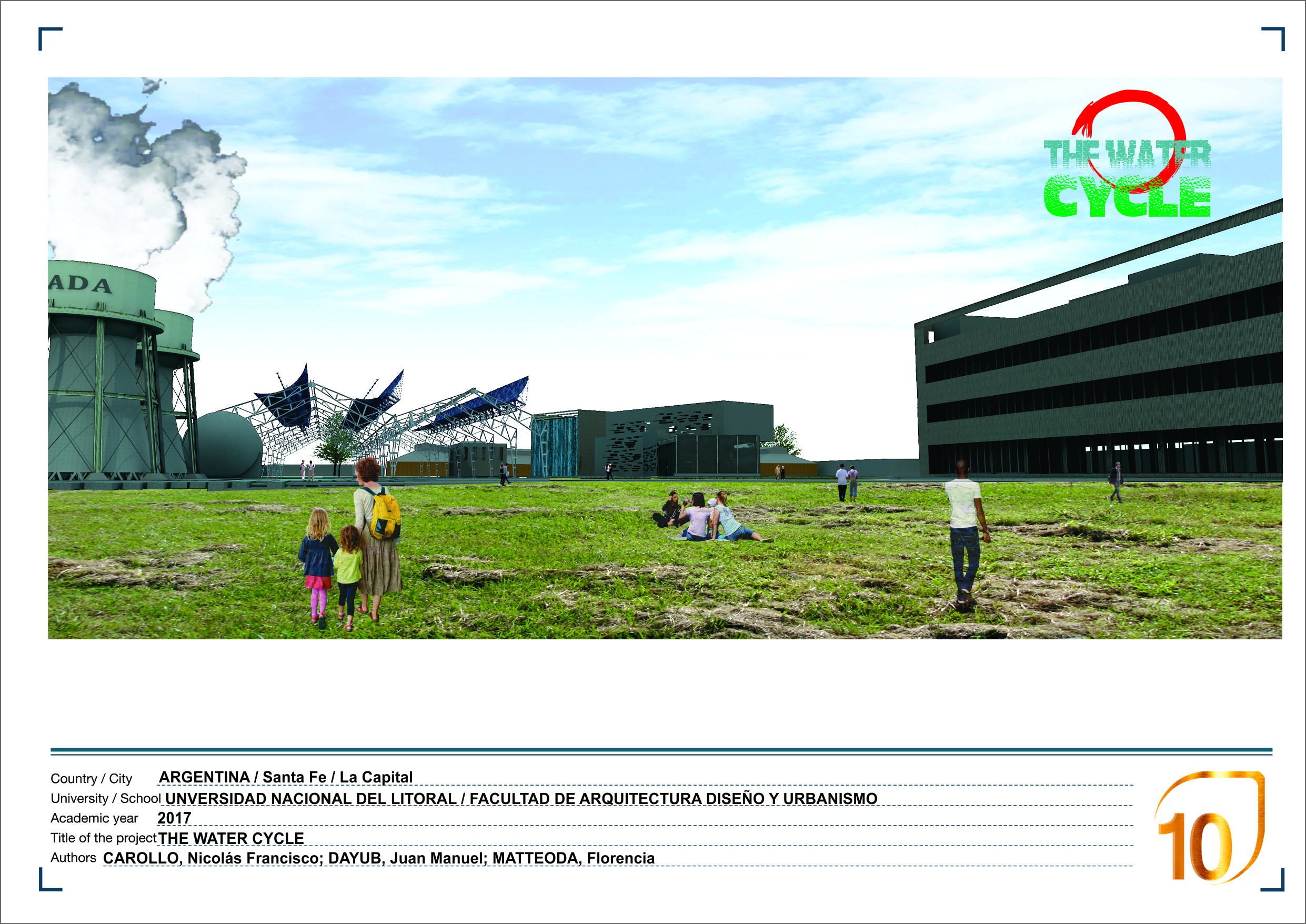 Located in Santa Fe city (Argentina) it's "The Federal Park", which consist on a 270.000m² yard right at the city's core. During the XX century, it served as support infrastructure for the railroad machinery's repair and maintenance, while the train was still in service. It was recovered for public use in 2009, after almost 20 years of abandon, now it's the city's largest green lung. With the added value of the remains of technical buildings, such as train depot, water tanks, distribution platform, all of them have no longer use.

Understand Time itself as an ingredient. By twisting Time, a blend between Past-Present can be made. Looking backwards in time-space, recovering the old infrastructure, and ambience. The cycle displays itself as educational school/family oriented complex. With Past and Present as departure ideas. There's the proposal to generate consciousness about the usage of water, home crop, green electrical power, with  water, as the main character in the stage.

The Water Cycle consist on a semi-open full-cycle where water experience different transformations in order the fulfill the so called Cycle. With chemical and state transformations, produced in station self-supplied by sunrays, collected with parabolic mirrors to overheat water flowing in a straight pipe, in order to drive the power turbines. Releasing just Steam, and a mechanic noise, retrieving the old train times, where steam and train noise were all day long raging on the yard.